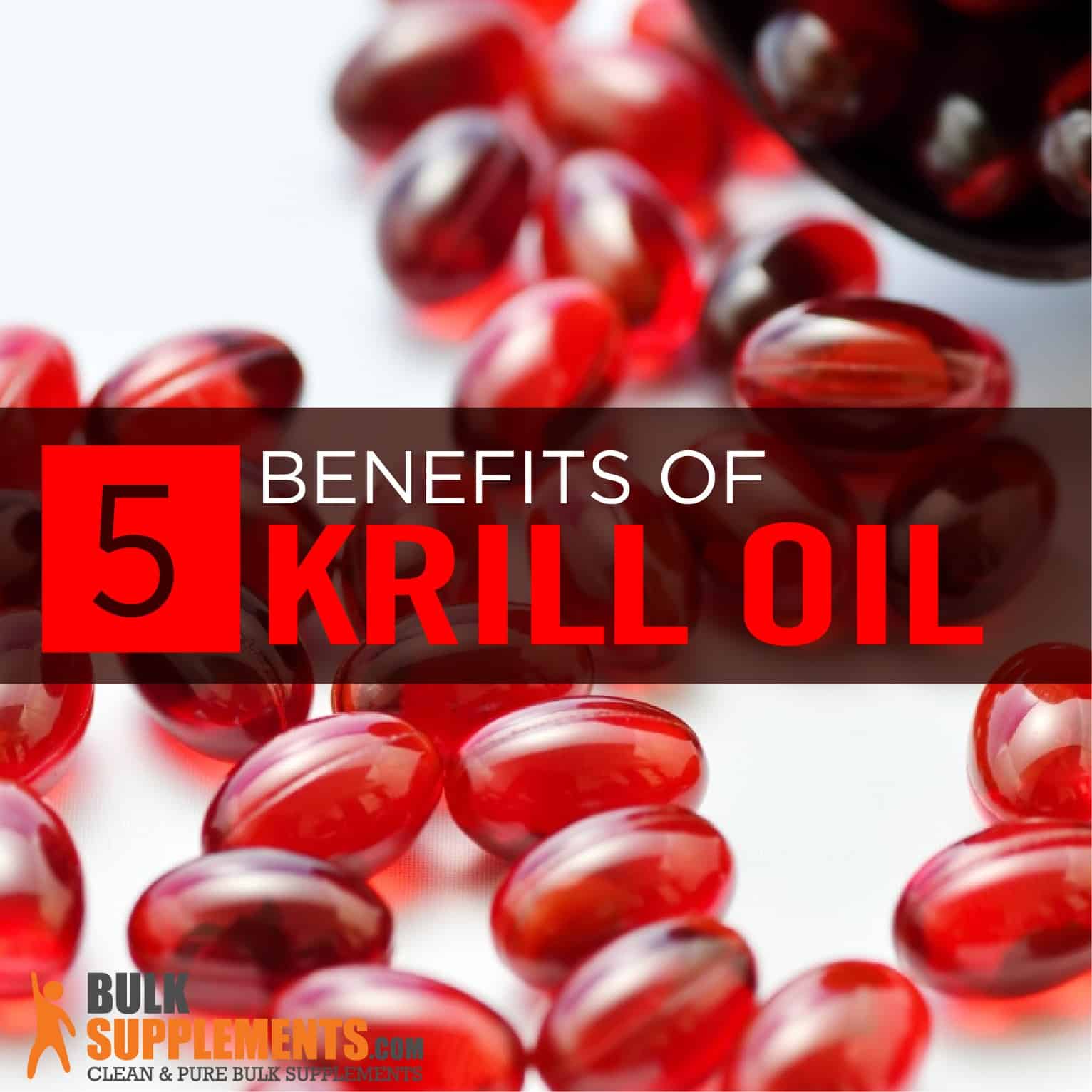 Blackcurrant: Benefits, Side Effects, and Dosage

What is Krill Oil?

When you eat things like shrimp and crayfish, you likely don’t think much about what they’re made of. The same goes for krill, a small shrimp-like crustacean found in the Antarctic Ocean. But though krill are small, they are surprisingly powerful creatures. Krill oil softgels are some of the most popular supplements in the nutrition world — and not just for larger sea creatures like seals and whales. Humans too!

Fish supplements have been all the rage in recent years. All for the simple fact that fish contain omega-3 fatty acids. Krill oil is also packed with omega-3s. And like any other omega-3 supplement, it is good for the heart, the immune system and much more.

Of all the krill oil benefits, its omega-3 powers have to be the most prominent. Omega-3s reduce bad LDL cholesterol by lowering elevated triglyceride and lipid levels (x).

When comparing krill oil to fish oil, there are some distinctions to keep in mind. The body is able to metabolize krill oil at a slower rate than fish oil (x). This suggests that the body may be able to better absorb the omega-3 fatty acids in krill oil.

A diet low in saturated and trans fats is one of the hallmarks of good heart health. Users can get the most out of krill oil by maintaining a heart-healthy diet. It’s important to add more fruits, vegetables and whole grains to your diet.

Exercise is also crucial to improving cardiovascular health, and supplementing with krill oil may increase immune function after exercise.

In one study, researchers looked at blood samples from men and women who used krill oil. They drew these blood samples before and after the test subjects worked out for 1-3 hours. Results indicate that the supplement increases natural killer (NK) cell cytotoxic activity. Krill oil supplementation also helped to boost peripheral blood mononuclear cell production (x).

NK cells are a type of white blood cell. They help the immune system fight cells infected with viruses and even cancer (x). Peripheral blood mononuclear cells, on the other hand, are lymphocytes and monocytes, which are two other types of white blood cell.

All that said, krill oil has numerous added benefits for those who exercise regularly. Not only will this combination improve cardiovascular health, but it can also boost immune function in your body.

The liver produces and releases CRP as an inflammatory response. This often occurs when LDL cholesterol damages the walls of arteries. High CRP levels not only indicate LDL cholesterol buildup, but they can also indicate rheumatoid arthritis and some autoimmune diseases as well, making krill oil especially helpful in treating these particular diseases (x).

Krill oil supplementation can help protect against rheumatoid arthritis. In one study, it showed to reduce swelling in early stage rheumatoid. In another study, it proved to be helpful in relieving knee pain (x). Krill oil is also effective against fighting cartilage and collagen degradation (x).

Krill oil can even reduce inflammation in other areas of the body (such as intestinal inflammation) and help regulate gut bacteria (x).

Krill oil not only supports our bodies with its anti-inflammatory properties, but also has the ability to improve cognitive functions as well as memory. To understand these benefits, it helps to understand the chemistry behind it.

Oxygen molecules cause the atoms in our bodies to split and lose electrons. Sometimes atoms are unable to pair their electrons with other atoms. When this occurs, these atoms turn into free radicals. They cause damage as they roam around the body in search of an atom to bind with. Smoking, alcohol use and the environment can accelerate free radical damage.

In fact, krill oil not only protects against oxidative stress, but it also protects against neuroinflammation and specifically works to reduce memory loss associated with lipopolysaccharides. It decreases reactive oxygen molecules and inhibits inflammation of nervous tissues (x). As a result, it can reduce damage to the brain and nervous system and improve memory.

Krill oil naturally contains an antioxidant known as astaxanthin. Astaxanthin improves memory by reducing oxidative stress in the brain. It’s capable of slowing down the onset and progression of Alzheimer’s (x).

When comparing krill and fish oil, the former may be more effective in treating depression. This may be due to its high concentration of omega-3 fatty acids, but it may also be due to its astaxanthin concentrations. Astaxanthin can prevent depression by reducing neuroinflammation (x). Krill oil may be able to eliminate fear among those with post-traumatic stress disorder (x).

As mentioned, krill oil derives from crustaceans. People consume krill the same way they do shellfish or shrimp. Krill dishes are especially common in Japan, South Korea and Taiwan. There are even jars of fermented and freeze-dried krill on the market.

Antarctic krill tend to live in migratory swarms. They’re mainly found in the cold waters around Antarctica, Canada and Japan. Whales, seals, penguins and other fish eat them. Krill are pink (sometimes red) crustaceans that feed off plankton. This is what gives them their rosy color (x).

Krill oil can be a safe supplement when taken in small doses over a short period of time. It’s not recommended to take krill oil supplements for longer than 3 months (x).

When supplementing with krill oil softgels, take two softgels one to three times daily. Of course, be sure to speak with a medical professional before adding this supplement to your regimen. If your doctor suggested an alternative dosage, it is important to follow their instructions.

There are growing concerns about pollution levels in the Antarctic Ocean and methylmercury toxins found in sea fish. Krill may contain high levels of mercury and other pollutants found in seawater (x).

Children and pregnant women should not consume krill oil. Those with shellfish or fish allergies should also avoid taking it. If you develop hives, swelling or breathing difficulties, stop taking it immediately.

There are additional dangers when taken in large doses. Talk to your doctor before taking it if you have:

You should stop taking krill oil two weeks prior to surgery. It may also interact with other drugs. Omega-3 oil supplements, for example, can interfere with birth control pills. They can also interfere with blood thinners and blood pressure medications. It’s important to discuss any medications with your doctor before taking this supplement.

Certain side effects can arise from taking krill oil supplements:

It’s common for people to develop fishy burps while taking omega-3 oil supplements. When comparing krill oil vs. fish oil, krill doesn’t produce these burps as frequently, but it’s still not uncommon for users to experience burps and a fishy aftertaste.

Krill oil packs in a more powerful punch than standard fish oil. It not only supports the cardiovascular, immune and skeletal systems, but it can also enhance our memory, improve our mood and protect against neuroinflammation. Who would’ve thought little crustaceans found in the cold waters of the Antarctic Ocean could be so powerful?

Blackcurrant: Benefits, Side Effects, and Dosage

Fish Oil: Benefits, Side Effects & Dosage. What is the Best Fish Oil Supplement?