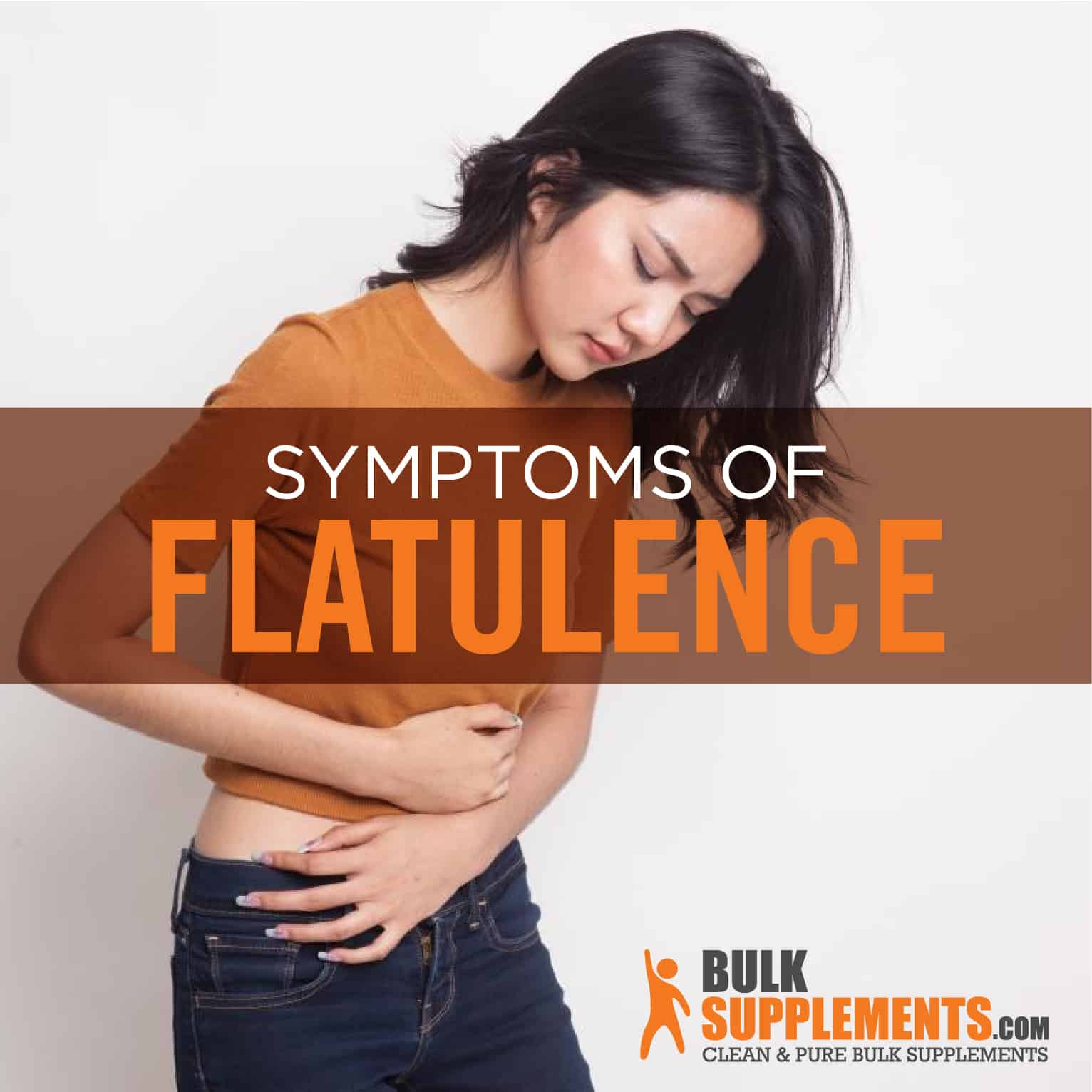 “It is universally well known, that in digesting our common food, there is created or produced in the bowels of human creatures, a great quantity of wind.” — Benjamin Franklin

Whether you call it farting, flatus, breaking wind or the technical term flatulence, what causes this bodily phenomenon? Why the variance of force and smell? Whether you are wondering what causes flatulence, how to treat flatulence or are concerned about a serious underlying health problem, you have come to the right place.

Scientifically speaking, flatulence is the release of gas from the digestive system through the anus. You may be passing more gas than you realize — in fact, flatulence happens even as we sleep. It’s common to pass gas anywhere between 15 and 23 times a day. Surprised? One reason why we are unaware of the gas we emit is because most of it is unscented. Our large intestines produce mostly odorless hydrogen, carbon dioxide and methane gas, and we add to it by swallowing air (x).

Maybe you’ve been secretly wondering why some flatulence is quietly discreet, and why some farts are loud and explosive, or why some gas is accompanied by a burning sensation. In most cases, explosive flatulence is connected with large amounts of gas that have built up in the body. Hot or smelly flatulence is often related to what you ate recently (x).

Flatulence happens for a variety of reasons. When we drink or swallow in big gulps, this can add excess air to our body. The food we eat contributes to flatulence, too. Certain foods are more likely to produce gas as they are broken down in the gut. Finally, certain digestive conditions and disorders can lead to flatulence as well (x).

The extra air we gulp in is sometimes released as a burp. But, if it doesn’t escape, the excess air can proceed down to the large intestine. Once there, it’s eventually released as flatulence. Normal amounts of air don’t usually cause us to pass gas, but sometimes we suck in more air than normal. Unusual amounts of swallowed air can happen through:

Aerophagia is the medical term for repetitive and excessive air swallowing. People with aerophagia gulp so much air that it causes unpleasant and painful symptoms like abdominal bloating, flatulence and belching. Aerophagia is often accompanied by extreme stress or other emotional issues (x).

The Foods We Eat

Certain foods can also lead to flatulence. The most likely culprits for gas production are cabbage, broccoli, beans, lentils, raisins, prunes and apples. Why are these foods notorious gas-producers? For one thing, they typically take longer to digest, causing odors and gas to collect in the gut. If not prepared properly, these foods can also be poorly absorbed. Then, bacteria enter the digestion process and release additional gas. Research shows that smelly flatulence is caused by sulfur compounds in the foods we eat (x).

Food ingredients that produce flatulence include:

Some health conditions can cause flatulence, including:

Avoiding flatulence can happen by reducing swallowed air and decreasing intake of foods that typically cause gas. Adding fiber to the diet as well as a little more exercise and hydration can be helpful, too.

To reduce flatulence caused by air swallowing, consider these ideas:

Reducing the amount of gas-producing foods you eat can diminish intestinal gas. Different foods can cause cause gas in some people but not in others. When you have a bout of excessive flatulence, take note of what foods you ate recently. Vegetables in the cabbage family, some fruits, dairy products and sugar alcohols are infamous gas producers. Soaking legumes before cooking and eating can reduce the likelihood of flatulence (x).

Constipation is common for those who don’t get enough fiber in their diet. When your colon is obstructed, it’s more likely to accumulate gas-producing bacteria, leading to flatulence.

Choose a walk after meals instead of a nap. Drinking plenty of water and getting regular exercise can help your digestive tract run optimally.

When gas happens or indigestion arises, you need relief.  There are some ways to avoid gassy episodes or calm the tummy:

There are some products that help your body digest gas-producing foods. Some of these over-the-counter products contain lactase to help digest dairy products. Other products like Beano help digest the indigestible carbohydrates in beans and other vegetables.

Soothing supplements for indigestion include:

Supplements for stomach health include:

The causes of flatulence include swallowing too much air, chronic digestive conditions and eating foods that produce gas in the intestines. Although everyone passes gas at times, involuntary gas-passing is generally undesirable. So, most people try to figure out how to minimize gassiness. This can be done by limiting the amount of air that is swallowed or reducing the intake of flatulizing foods.

When it comes to flatulence, prevention is better than remedy. But, there are supplements to promote a healthy digestive tract, boost levels of good bacteria and keep the stomach strong. Eating fiber, staying hydrated and getting exercise are helpful habits, too. Remember, in the fight against flatulence, we are all on the same team.

“The simplest strategy for bouts of noxious farts is to not care. Or just get a dog to blame.” ― Mary Roach