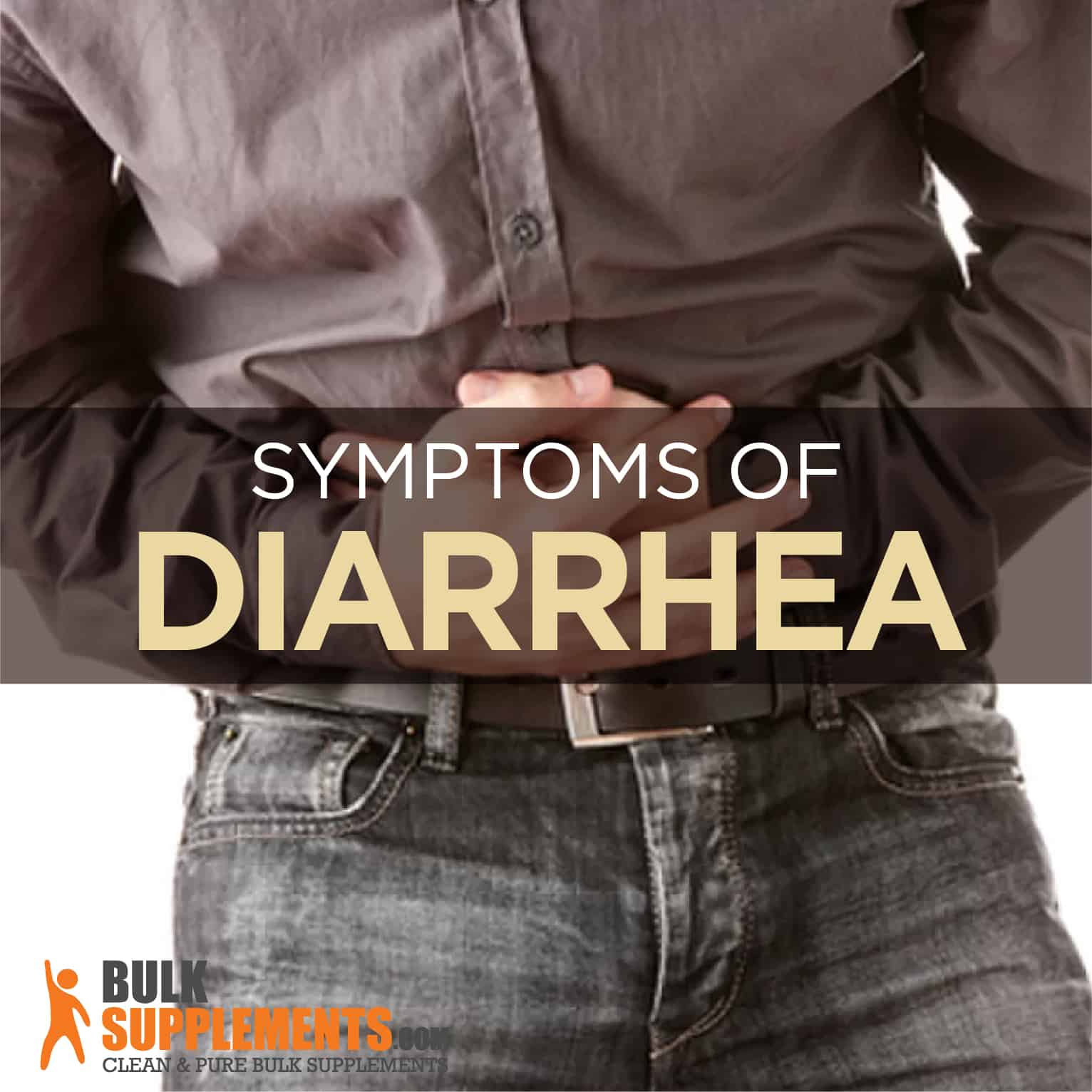 Diarrhea is a common health complaint with mild to life-threatening symptoms. Approximately two million cases of diarrhea are reported around the world every year, and 1.9 million infants under the age of five die from it every year (x).

For most people, diarrhea is an acute condition caused by a bacterial or viral infection. Symptoms may include passing loose or watery stools three or more times per day, abdominal cramps and fever, in addition to an urgent need to have a bowel movement. Acute diarrhea typically only lasts a day or two and is best left to run its course. But if it lasts longer, it may indicate something more serious.

Chronic diarrhea may be continual or recurring, depending on the cause. Moreover, a wide range of problems may cause chronic diarrhea. You should seek medical attention if your condition lasts more than three or four weeks.

Although symptoms vary from one person to the next, the most common symptom is passing three or more watery or loose stools within 24 hours. Other symptoms may include:

If an infection causes it, other symptoms may also include:

Many things can cause acute diarrhea, including:

Causes of chronic diarrhea include:

The most common causes of acute diarrhea in the U.S. are the bacteria campylobacter, salmonella, e.coli and shigella (x). Doctors sometimes can’t determine its cause, in which case they classify it as “functional.” In most cases, though, it will subside on its own in a day or two; medication and a doctor’s care are usually not necessary.

There are a number of ways to naturally treat diarrhea. However, treatments largely depend on what complications patients are experiencing.

Seniors and infants are the most susceptible to dehydration from diarrhea. Oral rehydration salts or solutions containing glucose and salt may be necessary. The small intestines absorb these solutions, which replace missing electrolytes. Rehydralyte and Oralyte are supplements effective for treating dehydration in children (x).

Antibiotics can treat diarrhea caused by bacterial infections. However, some medications can cause diarrhea, too, in which case switching medications is necessary to treat it.

According to nutritionists at the Stanford Cancer Center, nutritional changes may help alleviate diarrhea symptoms (x):

There’s extensive research on the effects of probiotics on diarrhea (x). Probiotics may alleviate it in children and in those who travel frequently. Additionally, they may alleviate diarrhea caused by antibiotics and the bacterium Clostridium difficile.

A study published in the American Journal of Gastroenterology showed that probiotics helped study participants with Clostridium difficile–related diarrhea feel better faster (x). Moreover, probiotics have been shown to aid in the prevention of diarrhea (x).

Diarrhea is one of the most commonly reported illnesses in the world. However, it is preventable, treatable and in most cases, subsides on its own without the need for medical treatment.

Food, medication and even stress can cause diarrhea. But in some cases, its cause may not be known. In these cases, dietary changes and monitoring triggers could help to alleviate symptoms.