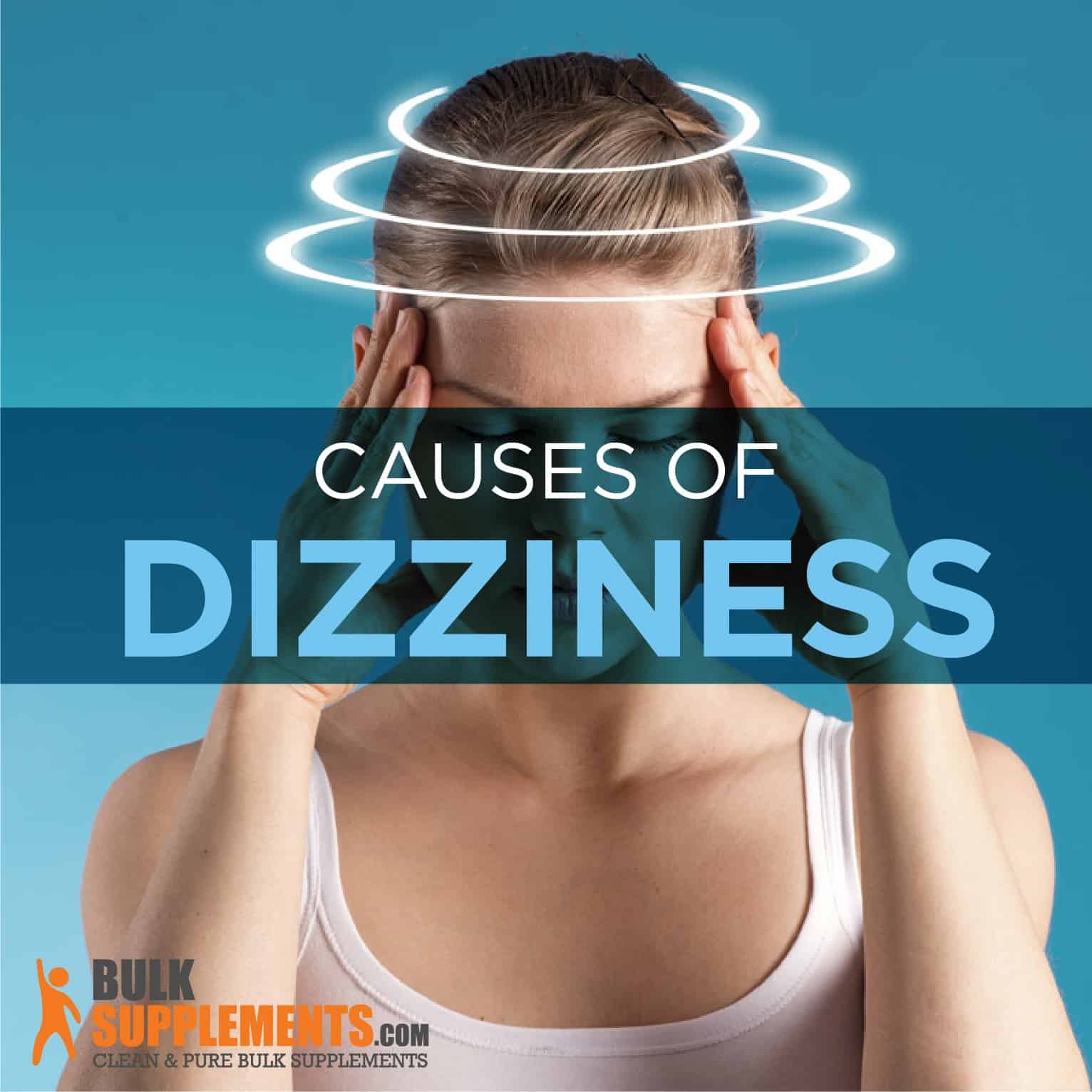 You can experience dizziness in many different ways and everyone experiences it differently. It is generally a feeling of being unbalanced or faint. It affects the sensory organs, including the eyes and the ears. Dizziness itself is not a condition or a disease. Rather, it is a symptom of some underlying disorder or illness.

Dizziness is usually not related to anything serious and is very common. Acute bouts of dizziness are typically nothing to worry about. However, if dizziness becomes chronic, then it might signal that you have an underlying condition that needs to be addressed. If you are experiencing frequent bouts of dizziness or for prolonged periods, then it is wise to seek medical attention to learn what is causing it.

People who are experiencing dizziness often complain of various sensations such as (x):

At times, dizziness can also be accompanied by fainting, nausea and vomiting. If any of these symptoms persist for an extended time, it is critical to get medical attention to establish the possible cause (x).

The most common causes of dizziness are the side effects of medications, alcohol and migraine headaches. Having an inner ear infection, too, can lead to dizziness because it can cause you to lose your sense of balance and equilibrium (x).

Dizziness is also a result of vertigo. Benign Positional Vertigo (BPV) is the most common cause of experiencing vertigo. It is a short-term feeling of dizziness when you change the position of your head too quickly, like when you sit up after lying down or stand up too quickly (x).

Although disequilibrium and vertigo can cause you to feel dizzy, they are two different symptoms. Disequilibrium is when you lose your sense of balance. Vertigo is a sensation of spinning or like the room is moving. Vertigo can also feel as if you are experiencing motion sickness or leaning heavily to one side (x).

Meniere’s disease is a condition that can bring about vertigo and dizziness. Because it causes a build-up of fluid in the ear, it can lead to the feeling of fullness, tinnitus and hearing loss. Acoustic neuroma is another cause of vertigo and dizziness. It is a noncancerous tumor that can form on the nerve that connects the brain to the inner ear (x).

Other conditions that can lead to the experience of dizziness are:

In some rare instances, multiple sclerosis, a malignant tumor, other brain disorders or a stroke might cause dizziness (x, x).

The treatment necessary to alleviate the symptoms of dizziness depends on why you are feeling dizzy to begin with. To treat dizziness, it is necessary to get to the root of the underlying condition that might be causing it. Medical treatments and home remedies can be very successful at controlling dizziness in most cases (x).

There is some evidence to suggest that brain supplements might help to reduce feelings of dizziness when there is an underlying condition. One study found that people with positional vertigo who took vitamin D supplements virtually eliminated their episodes. Ten people who had low levels of vitamin D were studied over eight months and given 8,000 IU vitamin D a day. After the study, none of the participants had another episode of dizziness or vertigo (x).

In a twelve-week controlled randomized trial of 160 participants who had peripheral vertigo, it was found that ginkgo biloba was better tolerated than Betahistine, which is a medication that is used to treat vertigo (x).

In another three-month study, ginkgo extract led to the improvement of dizziness symptoms in 47 percent of the participants in the experimental group, compared to only 18 percent of the control group who were given a placebo. Also, in one additional study, 30 people with the average age of 33.5 years who suffered from headaches that led to cognitive difficulties and vertigo, found they had fewer symptoms after taking 40 mg of ginkgo three times a day (x, x).

The extract of Gastrodia Elata, an orchid, was found in laboratory studies to protect from inflammation and nerve cell damage and to promote the process of generating new nerve connections. When Gastrodin was given with Promethazine (an anti-nausea and vertigo medication), it was shown to relieve emergency vertigo (x).

Evidence shows that Coenzyme Q10 alleviates the sensation of vertigo in some participants. It works in the energy production of the mitochondria of the cell and has been studied for its protective nature against cardiovascular disease. In a study of 2,664 subjects diagnosed with congestive heart failure, when treated with 50-150 mg a day after a three-month period, 73 percent of subjects reported an improvement of their vertigo symptoms (x).

When 22 treatment-resistant subjects with Meniere’s disease took 300 mg daily of rebamipide, 600 mg daily of vitamin C, and/or 300 mg of glutathione over an eight-week period, all 22 patients reported that their vertigo vanished (x).

A vitamin B12 deficiency can result in a vast range of psychiatric and neurological issues including dizziness and vertigo. It is an essential component for neurological function. In one study when elderly participants were given vitamin B therapy, their neurological problems improved greatly (x).

Another study of 100 subjects who had predisposing neurological symptoms found that 15 percent of the participants had low levels of B12; as a result, they were experiencing ongoing dizziness and symptoms of vertigo (x).

When the cause of vertigo is medication induced, vitamin B6 might be instrumental in reducing the feelings of dizziness. A study done on 20 healthy participants were given 40 mg of vitamin B while taking the antibiotic Minocycline. As a result, their side effects of vertigo completely subsided (x).

Ginger root is a known anti-inflammatory. A randomized test found that when people were given ginger root, their symptoms of seasickness and vertigo were reduced (x).

Magnesium might be a supplement that can reduce migraine headaches. In a randomized trial, cardiac patients were given magnesium orate and the incidence of dizziness in the group was reduced by as much as 78 percent (x).

Although acute dizziness is common and usually nothing serious, it is best to seek medical attention if the dizziness becomes persistent. Dizziness is not a disease unto itself; rather, it is a symptom of an underlying condition.

If you are experiencing dizziness and vertigo, some home remedies and medications work effectively to reduce the feelings of lightheadedness, faintness and loss of balance. But to find what will work best for you, it should be clear what is causing your dizziness or vertigo. Once you identify the cause of your disequilibrium, finding a way to reduce the sensation is usually much more accessible.