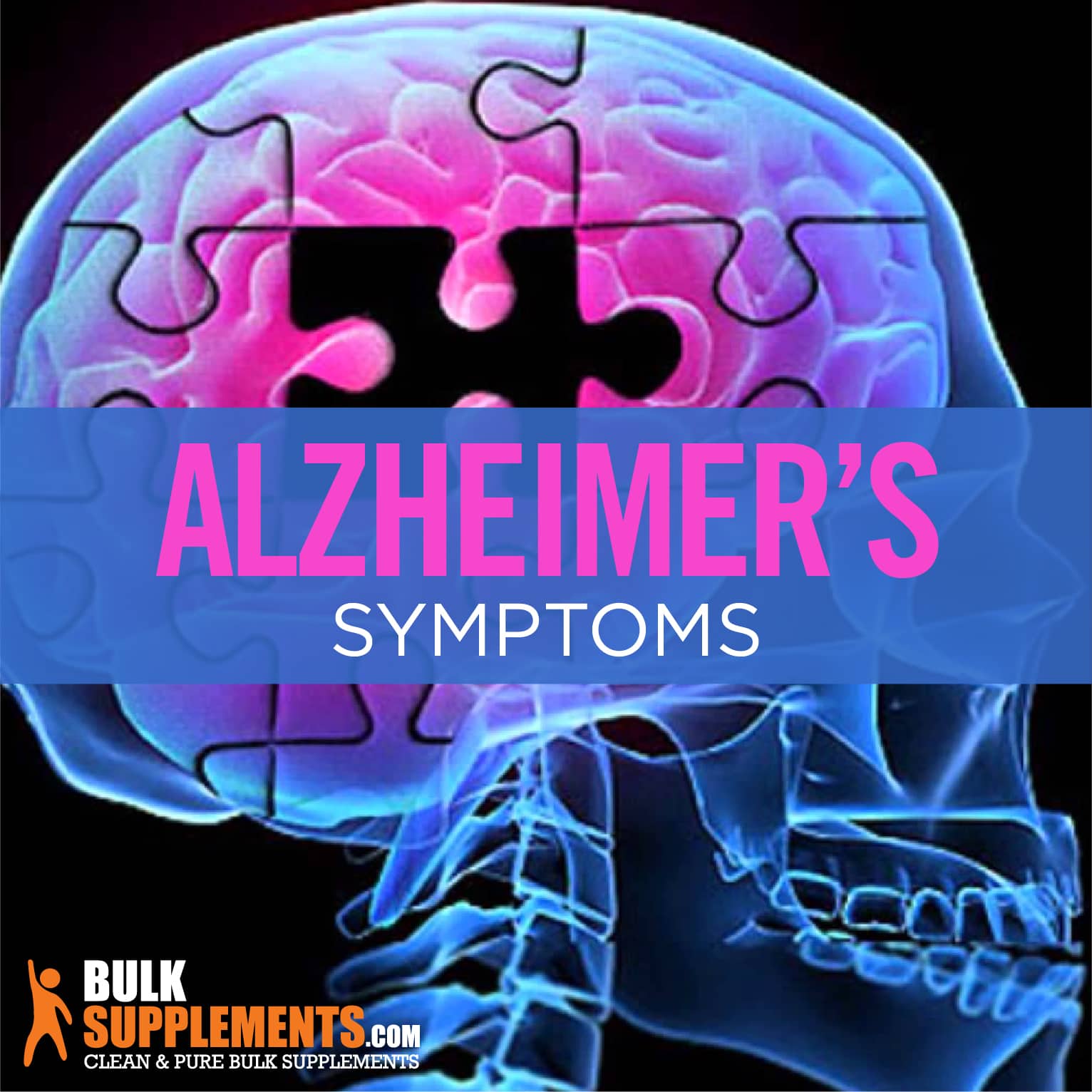 Alzheimer’s is a common form of dementia that affects memory, thinking, and behavior.

People who suffer from Alzheimer’s slowly lose their memories and are unable to retain new information. Their thinking becomes impaired, and they may act confused or aggressive. They are also more likely to experience anxiety and depression (x)( x).

While Alzheimer’s usually affects people ages 65 and older, it can affect younger individuals. In fact, more than 200,000 people in the U.S. suffer from early onset Alzheimer’s (x).

Both words are often used interchangeably, however there is a difference between Alzheimer’s and dementia. Dementia is an irreversible decline in mental function. It encompasses many memory loss disorders, including Alzheimer’s.

If someone is diagnosed with dementia, it doesn’t necessarily mean they have Alzheimer’s. Doctors must determine exactly which form of dementia is causing symptoms.

Scientists believe that a combination of lifestyle, environmental factors, aging, and genetics causes Alzheimer’s. However, they have yet to learn exactly what causes it. This is because the disease is very complex, and diagnostic factors vary from person to person.

When this protein stops functioning normally, it disrupts and kills neurons in the brain. This widespread cell and neuron death leads to the characteristic symptoms of Alzheimer’s disease (x).

Scientists have focused their research on two proteins that may contribute to the development of Alzheimer’s. The first, plaques, are made up of protein fragments. When plaques cluster together, they act like car pileups on a freeway, interrupting neuron communication(x). This causes telltale Alzheimer’s symptoms.

The second protein, tau proteins, form tangles that disrupt your cell pathways. These tangles are toxic to the brain and also lead to cell death (x).

The most common and earliest warning sign of Alzheimer’s is memory loss. Those in the early stages of Alzheimer’s may not recognize their surroundings. They become confused and disoriented, and often find everyday tasks, like handling money or finishing a chore at home, increasingly difficult to complete.

They may also experience mild to extreme personality changes (x). This is because Alzheimer’s patients process the world in a way that is completely different from what they understood before. Their internal battle causes them to lash out in frustration.

Other early Alzheimer’s symptoms include:

Symptoms of Moderate to Advanced Alzheimer’s

Once the disease progresses, Alzheimer’s patients’ brains shrink, leading to severe symptoms including:

Unfortunately, there is currently no cure for Alzheimer’s, although scientists have been researching prevention methods for decades. However, research suggests that maintaining an active lifestyle, avoiding processed foods and eating a nutritious diet may help prevent dementia.

Doctors also recommend keeping your heart healthy and engaging in stimulating mental activities like reading, puzzles, and problem-solving. This helps exercise your brain and may curb the development of diseases like Alzheimer’s.

How to Treat Alzheimer’s

Since research continues on Alzheimer’s, there is no one standard treatment. However, doctors frequently prescribe medications that prevent the breakdown of acetylcholine, a chemical believed to be integral to memory, thinking, and behavior (x). Other medications for Alzheimer’s regulate glutamate levels, thought to be a factor in the development of dementia (x).

It’s important to note that while medication can make Alzheimer’s patients more comfortable, it cannot stop the disease. Instead, medication slows down the progression of symptoms.

Research indicates that certain supplements may reduce your risk of developing Alzheimer’s:

Alzheimer’s is a progressive disease that impairs memory. There is no cure for Alzheimer’s, and it slowly takes away the person’s ability to complete simple tasks.

While its effects are irreversible, Alzheimer’s symptoms can be treated with medication that makes patients more comfortable.

If you or a loved one experience any symptoms of Alzheimer’s, seek medical care as soon as possible. Doctors can prescribe medication and lifestyles changes that delay the effects of Alzheimer’s.