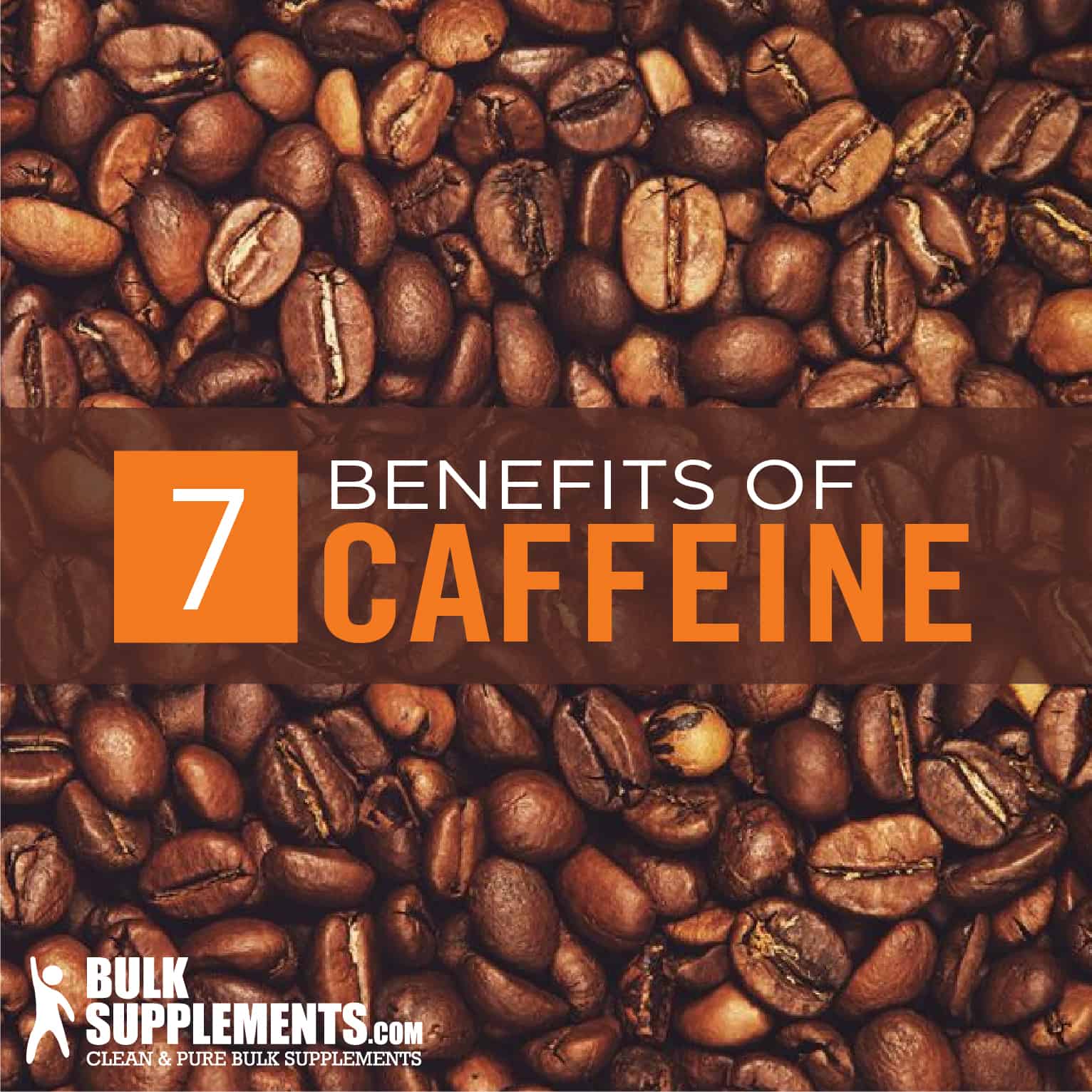 It powers your morning cup of coffee and keeps you alert during the day, but it does a lot more than just give you a jolt of energy: caffeine benefits your overall health.

Our love affair with caffeine goes back centuries. People in the Middle East brewed it as early as the 16th century, and European travelers to Arabia brought it back to the western world where it fast became a popular beverage. Today, Americans drink an average of three cups of coffee per day.

Caffeine is a stimulant that produces a wide variety of effects on the body. Thousands of studies have been conducted on the impact of caffeine over the past few decades. Caffeine has been used to treat various conditions, ranging from Parkinson’s disease to Hepatitis C and caffeine cream can be applied to the skin to reduce itching and redness. Caffeine can be used to combat headaches following an epidural and to alleviate breathing problems in newborns. Professional athletes commonly use caffeine because it is an acceptable performance-enhancing stimulant (x).

What about your daily cup of joe? How much caffeine is in a cup of coffee? Typically, there are about 100-200 mg of caffeine per eight ounces of coffee. Daily consumption of up to 400 mg of caffeine is considered safe for most people, but not everyone likes the taste of coffee or wants a sugary, caffeine-loaded energy drink.

Caffeine stimulates the central nervous system, which includes the brain and the spinal cord. Caffeine also acts as a diuretic, flushing the system of toxins (x).

Consuming caffeine throughout the day can keep you alert and focused. Studies show that combining caffeine with glucose can further improve your concentration and enhance your cognitive performance (x).

Caffeine is a common ingredient in weight loss pills. It works by suppressing the appetite and boosting the metabolism. This, in addition to a well-planned diet, can reduce body fat (x).

Lowers the Risk of Diabetes

Harvard University ran an 18-year study on the effects of caffeine that involved over 100,000 participants, and the findings were surprising. People who drank one to three cups of coffee per day were up to nine percent less likely to develop diabetes compared to those who did not drink coffee. Hardcore coffee drinkers (those who drank six or more cups of coffee per day) reduced their risk by a massive 54 percent in men and 30 percent in women. While the risk of developing the disease may be lessened, it does not appear to help in the treatment of diabetes once it has been diagnosed (x).

Caffeine combined with analgesics like acetaminophen or aspirin is an effective treatment for migraines. The FDA has approved caffeine for this purpose, and also as a treatment to relieve tension headaches (x).

Studies have shown that consuming 200 mg of caffeine per day benefits cognitive health by improving the memory of college students (x).

Asthma affects some 25 million Americans. It is a common childhood complaint, but teens and adults are not immune. Over two million visits to the emergency room each year are due to asthma-related symptoms. Some studies have shown that caffeine can improve airway function for up to four hours in people with asthma (x).

Caffeine appears to improve physical endurance and strength, reduce the perception of pain, and reduce fatigue. It can also make you feel like you’re not working as hard during aerobic activities such as cycling or running, although it doesn’t seem to have the same effect during anaerobic exercise like sprinting or power lifting.

Do note, however, that the daily intake of caffeine over a period of several weeks may lead to developing a tolerance for it, and a subsequent decrease of its performance-enhancing effects (x).

Increases the Effectiveness of Other Medications

Caffeine is often used to give a boost to medicines like aspirin or ibuprofen that are taken for various types of pain, including headaches. Although studies have been inconclusive as to why it works, it seems to be related to caffeine’s ability to restrict blood flow (x).

While caffeine is readily available in coffee, tea, chocolate, and other food items, these might be an acquired taste or do not fit into a specific health plan or diet. Coffee is acidic, which can result in heartburn, and it contains other components such as cafestol and kahweol which can raise cholesterol levels. Coffee is also a diuretic, which may increase the frequency that you need to use the bathroom.

While it’s not always convenient to carry coffee or other caffeine-loaded beverages with you, a caffeine tablet is a convenient way to get your energy without the risk of a spilled drink.

Be aware, however, that one serving of caffeine may be more than one pill, so be sure to read the label. Also, some tablets are time-released, meaning they gradually release into your system, while others will start to work instantly.

Caffeine in powdered form is not as readily available as pills or capsules due to the danger of overdosing. The serving size for pure caffeine powder is 1/16 of a teaspoon. A single teaspoon of pure caffeine powder has as much caffeine as 35 Red Bulls, so it’s easy to see an overdose could occur. If you do choose to buy caffeine in this form, take only the recommended dose and keep it safely stored out of the reach of children.

You can also find caffeine in herbal supplements like pure guarana powder.

Caffeine is mildly addictive. While not as addictive as substances like nicotine, caffeine withdrawal symptoms can be unpleasant and include headaches, irritability, and fatigue. That said, moderate consumption of caffeine is generally safe for most people.

Side Effects of Caffeine

Caffeine can have specific side effects on some people, particularly in doses over 300 mg. Restlessness, headaches, dizziness, tremors, insomnia, nausea, agitation and palpitations are all common symptoms of caffeine overuse.

Anxiety and high blood pressure can also be a result of too much caffeine. It is also possible to overdose on caffeine, so always follow the recommended daily dosage.

When taken safely, caffeine can give you a serious energy boost and help you stay awake and alert. It also offers a variety of health benefits such as mental alertness, memory improvement, asthma relief, weight loss, enhanced athletic performance and potential protection against gallstones. Most people can safely consume 400 mg per day without any ill effects, but it’s always best in moderation.