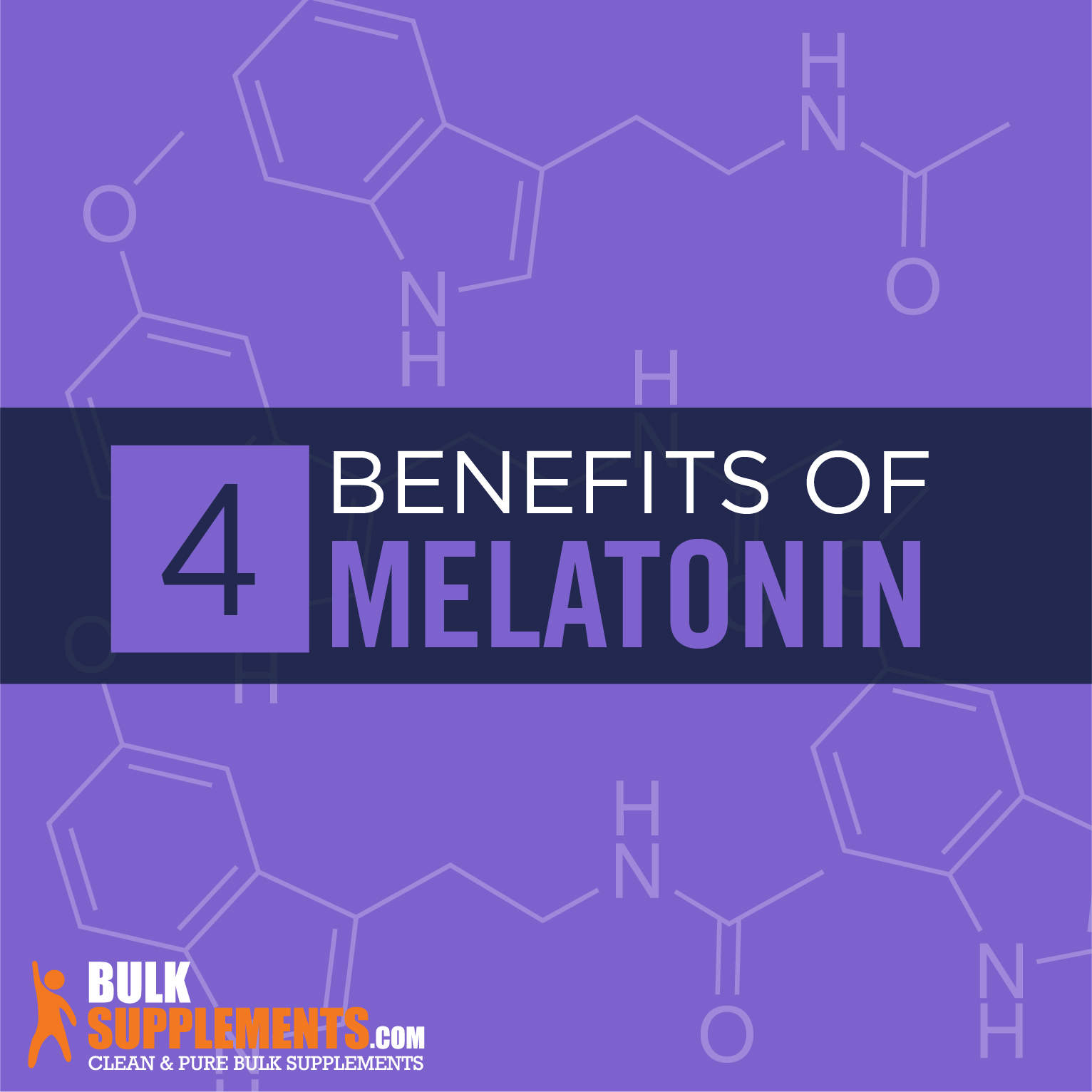 What is Agmatine Sulfate & How Can It Help You?

Melatonin is a hormone made by the pineal gland — the unassuming, pea-sized gland located in the middle of your brain. Melatonin, nicknamed the sleep hormone, has a key role in promoting a person’s healthy sleep cycle. More melatonin is produced in the evening hours, when sleep is typically desired, as opposed to daytime hours. Over a person’s lifetime, production of this hormone declines (x).

In 1959, scientists discovered the important task of melatonin within the body. Since then, it has been highly popular as a supplement for sleep issues.

But besides benefiting sleep, melatonin has antioxidant and anti-inflammation properties. It is also connected with body temperature, blood pressure and the immune system. Researchers are examining this fascinating, natural hormone to determine if it can help other issues as well. Conditions such as Alzheimer’s disease, cancer, ALS, nocturnal high blood pressure, narcolepsy and autism spectrum disorder all may benefit from melatonin as research continues (x).

What Does Melatonin Do?

The pineal gland in the brain makes most of the body’s melatonin, which is also a natural byproduct of the amino acid tryptophan. Once produced, it travels within the bloodstream and spinal fluid, sending messages all over the body. Special receptors can detect melatonin, which is ten times more abundant at night than during daytime hours (x).

Tryptophan, an important amino acid, is abundant in foods that contain protein. It’s also present in the body, where it makes proteins and produces important chemicals (neurotransmitters) that transmit signals to the brain and other parts of the body. Tryptophan converts into 5-HTP, which then makes melatonin and serotonin. Both of these influence sleep. Melatonin is most focused on the sleep-wake cycle.

All living things follow a circadian rhythm, which is a daily physical, mental or behavioral pattern. Tiny microbes, fruit flies, plants and animals follow a circadian rhythm, as well as humans. Sleep patterns are one example of a circadian rhythm. The body has a “master clock” that dictates the production of hormones like melatonin so your body follows its natural sleep cycle. This master clock, or SCN, depends on the eye’s optic nerve to send messages to the brain. When the eye perceives less light, the SCN will tell the brain to make more melatonin. Since light is a key factor in the production of melatonin, the natural sleep process can be disrupted by:

Using mobile devices at night can also change melatonin levels, since it only takes a dim light to affect production. Researchers are studying the effects of these on the production of melatonin, as well as the effects of a disrupted sleep cycle (x).

Melatonin and the Seasons

Besides the circadian rhythm affecting melatonin levels, there’s also a seasonal rhythm connected with its production. In seasons with less light, levels typically increase. For animals and birds, this regulates seasonal body changes, such as reproduction and changes in fur and feathers to suit the seasons. In humans, melatonin’s effects seem less obvious, but scientists think the seasonal changes affect other circadian rhythms within the body (x).

Because a balance of melatonin is crucial to a good night’s sleep, taking it in supplement form may help people who struggle with sleep disorders. Individuals with jet lag, delayed sleep disorder, insomnia or shift work sleep problems may benefit from taking additional melatonin.

The disparity between helpful antioxidants and destructive pro-oxidants creates an imbalance in our our bodies called oxidative stress, or OS (x). Left untreated, OS can cause damage to cells and also negatively impact other normal body processes. Enter melatonin, the antioxidant. It has some unique talents that other antioxidants do not. Melatonin doesn’t produce any damaging byproducts as it works and, since it’s an antioxidant, can actually enhance the immune system. It can also reduce stress and prevent inflammation in the body (x).

Many people who struggle with depression, panic disorders and seasonal affective disorder (SAD) show uniquely lower melatonin levels. Research shows that when these patients take it in supplement form, their brain serotonin levels increase, resulting in an improved mood and reduced anxiety (x).

During in vitro studies, melatonin has been shown to protect oocytes from OS, leading to higher fertilization rates and embryo quality (x).

Researchers are asking questions about the use of melatonin in various chronic medical conditions. It is being explored as a supplement for:

Alzheimer’s is a degenerative condition. Symptoms of dementia get worse as the disease progresses, going from mild memory loss to increased loss of communication or memory. Melatonin may be able to improve cognitive impairments connected with Alzheimer’s disease (x).

ALS is a degenerative, progressive disease that affects the brain’s nerve cells and spinal cord. Melatonin is being studied as a help to patients suffering from ALS. It may also prevent cell damage (x).

Melatonin may reduce elevated blood pressure during sleep (x). In one study, consistent and repeated melatonin use reduced systolic and diastolic blood pressure at night. The treatment did not affect the heart rate, and results weren’t as effective in a single, unrepeated dose.

Cancer patients treated with melatonin, in addition to chemotherapy, may have improved treatment success rates (x). Recently, research showed that the hormone melatonin is reducing the side effects of chemotherapy (x).

Good nutrition can boost melatonin levels significantly. Melatonin is abundant in a variety of food sources, including:

Since tryptophan is part of the body’s melatonin production line, adding tryptophan to your diet can be helpful, too. Foods rich in tryptophan include poultry, dairy products, seafood and legumes.

Melatonin supplements are available in pills, liquids and chewables. These are derived from natural or synthetic sources.

The side effects of melatonin may include drowsiness, headache, dizziness, vivid dreams and a temporary reduction in alertness and balance. People with bleeding disorders should not take melatonin, since it may increase the risk of bleeding (x).

It may also influence normal hormone production in some individuals and impact blood sugar and insulin levels.

Melatonin may interact with drugs and supplements (x) such as high blood pressure medication, corticosteroids, antidepressant medication and Benzodiazepines, to name a few.

Melatonin is the unseen, naturally produced hormone that seems to be responsible for a good night’s sleep. Manufactured by the pineal gland and dispersed by the body, levels rise and fall depending on the actions of the optic nerve, the body’s master clock, light sources and the seasons.

Melatonin production normally follows a cycle of light and darkness, dancing to the body’s circadian rhythm of sleep and wakefulness. Aging, disease and sleep disturbances can indicate a need for more melatonin, and researchers are continuing to experiment with it in supplemental form.

Thankfully, there are numerous ways to get a proper amount of melatonin when you need it. However you get it, though, it will be working hard so you can get some sleep.

L-Tryptophan for Sleep: How to Increase Serotonin – Side Effects

What is Agmatine Sulfate & How Can It Help You?