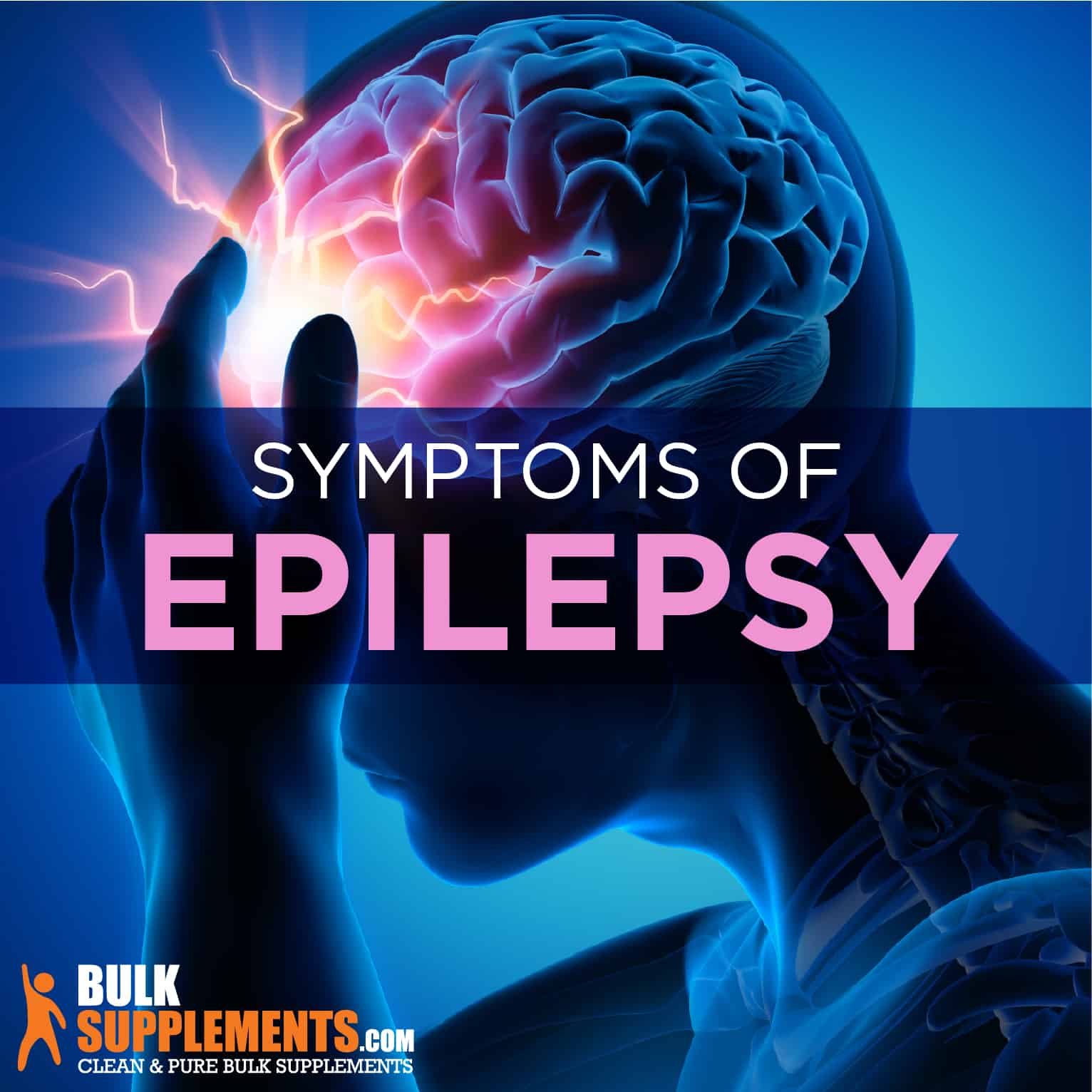 Watching your child or someone you know go through an epileptic seizure for the first time is nerve-wracking. Particularly parents who only want the best for their child and yet feel helpless and discouraged in not knowing what to do or how to help. You turn to the medical experts for help, but you may wonder if you are doing the right thing. Are there alternatives to standard medical treatment? You spend an extensive amount of time researching food allergies, supplements, and other therapeutics besides the standard medical treatment. Understanding epilepsy and what triggers episodes, and its various treatments both medically and naturally may help you feel more in control.

Epilepsy is a central nervous system disorder caused by abnormal brain activity. Recurring seizures are the primary symptom of this condition.

People of any age can develop epilepsy, although it usually surfaces before age ten or after age 55. People are more likely to have it if a family member has it. Estimates show that 70 million people worldwide have epilepsy. (x)

Throughout history, epilepsy held the field of healing in mystery. The word “seizure” comes from the Greek word, meaning “to hold or seize,” because the gods were “seizing” a person and causing them to have a convulsion. (x) In the past, epilepsy meant you had a mental disorder. Fortunately, though, these beliefs have changed. Although epilepsy can occur in individuals with mental stress, most epilepsy patients have no cognitive problems.

Recurring seizures, which are at least 24 hours apart, are the primary symptom of epilepsy. The epileptic incidents happen to the body because of excessive, uncontrolled electrical brain activity and can look different depending on the affected brain process. (x) Signs of seizures may include:

These begin in a singular part of the brain and show limited symptoms. During a focal onset seizure, one may have some awareness of what is happening or confusion.

These types of seizures involve the entire brain and a total loss of awareness or consciousness. This condition may include signs such as stiffening and jerking of arms and legs, biting off the tongue, incontinence, and an absent look similar to daydreaming.

What to Do When Someone Has a Seizure

Seizures are relatively common; about one out of ten people may have an episode in their life. It’s likely for anyone to encounter someone having a seizure, and it’s beneficial to know how to help. Attacks typically last only a few minutes and rarely require emergency medical help unless the individual has trouble breathing, waking up, or if they never had one before. (x)

When someone is having a seizure, it’s essential to:

During a generalized tonic-clonic seizure, the person is unaware of what is happening and may exhibit uncontrolled, jerky movements of the arms and legs. If a person has this seizure, help ease the person to the floor to prevent a fall. Turn the person gently to one side and clear the area of anything hard or sharp. Place something soft under the head and remove eyeglasses and loosen ties that may restrict breathing. If the seizure lasts longer than five minutes, call 911 immediately. Do not stop the person’s movements and offer no food or water until the episode ends.

It’s challenging to recognize the signs of epilepsy in infants and children. Seizures may be short and mistaken for daydreaming and other normal behaviors. Attacks can occur when a child has a fever, and this can be unrelated to epilepsy. After a seizure, the brain returns to normal, seemingly as if nothing happened. However, recurrent and untreated episodes can be dangerous and interfere with normal development. Parents and caregivers need to know the following signs of epilepsy so that a proper diagnosis occurs: (x)

If you notice any of these signs happening repeatedly, tell your doctor. You can also consult a neurologist who specializes in conditions like epilepsy. (x)

There are various causes of epilepsy. However, in about half of diagnosed cases, one cannot determine the cause. Although the following list of conditions associate with epilepsy, having these conditions doesn’t mean an individual will get epilepsy. (x)

Some causes of epilepsy include:

Having one seizure doesn’t mean an individual has epilepsy. (x) Ten percent of people have an episode in their lifetime and do not develop epilepsy. These isolated seizures may stem from conditions completely unrelated:

A high temperature (usually in childhood)

Epilepsy often becomes diagnosed when the individual has had at least two seizures, there are at least 24 hours between attacks, or there is nothing clear that explains the seizure activity.

The individual’s medical history may give information for the diagnosis. It’s helpful to visit a doctor with someone who witness the episode and can explain what happened during the seizures. To monitor brain activity and make a correct diagnosis, the doctor may:

There is also no known way to prevent epilepsy. Treatment depends on the type and progression of the condition, and a neurologist usually manages the course of treatment.

People with epilepsy can control seizures by taking medications or having surgery. Some people adopt a special diet or take natural supplements to treat symptoms.

Epilepsy treatment usually begins with anti-epileptic drugs or AEDs. Of course, the dosage can change depending on its effectiveness. If one doesn’t work, trying another medication from another group of drugs usually occurs.

With treatment, about 60 percent of people with epilepsy can become free of seizures. If seizures go away, a doctor may wean someone off medication altogether, though this can be risky for various reasons.

If medication isn’t successful, doctors may recommend a surgical procedure:

Brain surgery: This becomes a treatment when someone has partial seizures, and it’s obvious which part of the brain is affected. Then surgically remove this portion of the brain if possible.

Vagus nerve stimulation: As a device similar to a pacemaker, when implanted in the chest where it emits electric signals and connected to the vagus nerve in the neck, its purpose is to prevent overactive nerve impulses.

A Michigan pediatrician first described the ketogenic (keto) diet in the 1920s. It is a high-fat, low-carbohydrate diet that helps to control seizures in some epilepsy patients. In treating some patients, this diet works on some patients taking many epileptic drugs and those with specific types of epilepsy, such as De Vivo disease. Health professionals have been reluctant to endorse the diet, and its actual effectiveness has remained clinically unstudied. (x) (x)

The Atkins diet uses large amounts of protein to induce a state of fat-burning “ketosis,” which may control some types of seizures.

It’s becoming clear to researchers that there are many health benefits of short-term fasting. Restricting calories with intermittent fasting are having positive effects on individuals with epilepsy. (x)

Though Western medicine has not embraced herbal medicine for treating epilepsy, they have used it in clinical treatments worldwide. Herbal remedies for epilepsy prove beneficial in China, Iran, Africa, Europe, and some parts of the United States. (x) Herbs used to treat epilepsy include:

Living with epilepsy is about living with seizures, but there’s more to consider. Besides episodes, patients may struggle with other related health conditions and epilepsy-related constraints. It impacts an individual’s quality of life, especially if epilepsy is resistant to treatment. Challenges in school and employment and independent living and driving are issues that those with epilepsy often have to live with (x).

Migraines and seizures interrelate, and their symptoms can cause a misdiagnosis. Migraine headaches are more common in people with epilepsy than in the general population. (x)

Some types of epileptic seizures may affect memory — before, during, or after the episode. The greater the incidence of attack, the greater probability for some measure of memory loss. The likelihood of memory loss depends on which area of the brain is experiencing abnormal activity. (x)

Epilepsy is a neurological condition that occurs because of excessive and abnormal brain impulses. Epilepsy’s primary symptom is a series of recurring seizures. The seizures can exhibit unique characteristics, depending on the area of the affected brain. The cause of epilepsy can be brain injury and other factors, but some reasons are unknown. There are side effects that patients deal with besides seizures, including social factors and issues about living independently. Drugs and surgery are two primary ways that doctors use in reducing attacks. Some patients find relief by following a recommended diet change or by taking natural supplements and remedies. Patients, both young and old, are still waiting for a cure for epilepsy.