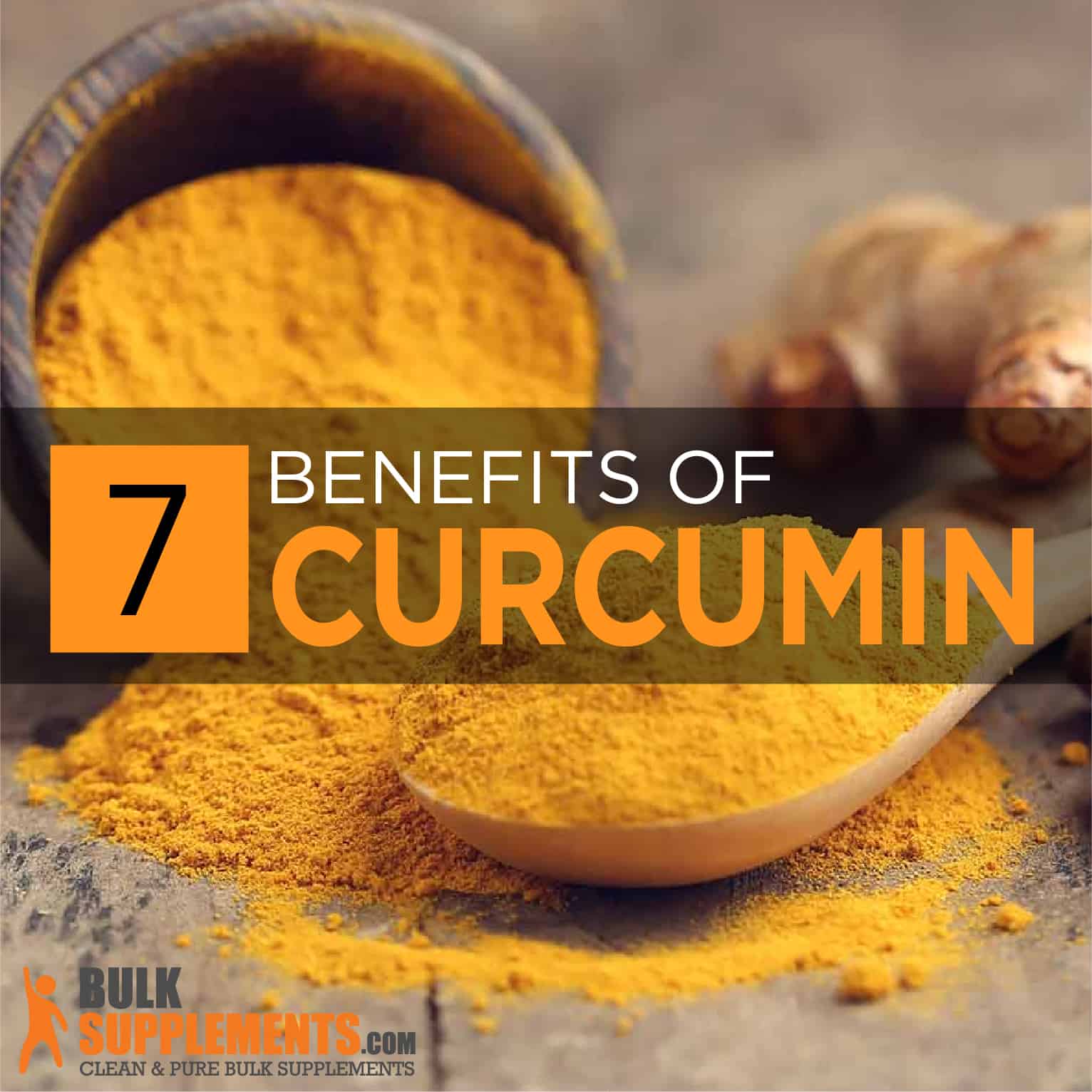 Curcumin is a major component of the spice popularly known as turmeric (or curcumin longa). Turmeric is basically a type of ginger and curcumin is one of three curcuminoids found in turmeric.

Turmeric itself is largely popular in Indian cooking as a dietary spice and as a herbal remedy for many health issues. Scientists have also found that curcumin could be an anti-cancer agent, under certain conditions. By using x-ray crystallography, they can understand how curcumin prevents cancer. Not only this, but there are plenty of other benefits to consuming curcumin (x).

Curcumin is what lends the yellow color to turmeric. It is also a popular food additive and yellow food colorant. It can be naturally obtained from the dried rhizome of the turmeric plant, which is found extensively in South Asia. The root of the turmeric plant generally contains 2 to 5 percent curcumin. To put it simply, turmeric is an herb and a popular spice while curcumin is a component with turmeric (x).

The enol form of curcumin is generally considered to be more stable in both solid and liquid phases than its other form — keto. With so much interest surrounding curcumin and turmeric, many things have become apparent such as their anti-inflammatory properties, cancer prevention and immunity improvement.

Curcumin and cumin are not the same thing. Curcumin is a component largely present in turmeric while cumin is a spice itself. They taste different and each offers different health benefits.

Turmeric has been used across the globe for centuries. It is one of the main ingredients that people in South Asian countries have depended on during tough times when there was no other medication available. The study of Ayurveda has proven that turmeric can be beneficial in many areas. Some curcumin benefits have been discussed in detail below (x).

Inflammation plays an important role, since it helps fight foreign invaders to your body. It also helps in repairing damage. However, while it is useful in the short term, it could be dangerous. Since scientists and doctors now believe that low-level chronic inflammation has a hand in multiple health issues including cancer, Alzheimer’s, heart diseases and so on — anything that can help fight chronic inflammation can be critical in treating and preventing these health issues. This is where curcumin comes in, thanks to its strong anti-inflammatory properties (x).

Research proves that curcumin can help in maintaining digestive health. It has also been discovered that turmeric may inhibit the activity and synthesis of cyclooxygenase and 5-lipooxygenase (5-LOX) which, in simple terms, are enzymes related to inflammation. It has also been shown that improving eye health is one of the benefits of curcumin (x).

Curcumin may also be beneficial for patients who have just undergone surgery and are experiencing post-surgery pain. Curcumin has been proven to aid patients to recover from this pain within weeks of consumption (x).

Curcumin helps in improving brain health over time. Certain studies have concluded that it is highly effective against Parkinson’s disease. Apart from ensuring your brain health, curcumin is known to help mental aspects as well, including psychological and emotional well-being (x, x).

Another interesting theory is that a possible benefit of curcumin is reducing the risk of cancer. Though cancer is genetic, the risk can be lowered. Curcumin helps with preventing the formation of tumors by stopping the synthesis of a certain protein. It can also prevent the transformation of normal cells to malignant ones (x).

A significant benefit of curcumin is the possible improvement of heart health. Having a healthy heart is very important to have a long and healthy life. Consuming curcumin can help the function of the endothelium, reduce oxidation and inflammation and so on. Curcumin helps the heart function normally, thereby reducing the risk of heart attacks (x). The risk of heart attacks also decreases by as much as 65 percent. Curcumin, or heart health supplements containing it, is even known to decrease myocardial infarction in those who have had coronary artery bypass grafting. Moreover, it may assist in lowering cholesterol levels (x, x).

Oxidative damage can lead to early aging and the start of many diseases. This happens when free radicals react with DNA, proteins and fatty acids. Antioxidants are extremely effective in protecting you from these free radicals. With curcumin’s antioxidants, it is possible for the body to neutralize the free radicals (x).

Curcumin is quite safe for human consumption with very low chances of side effects. According to a study where 10 adults took 490 milligrams of curcumin for seven days, no one developed any form of side effects. Increasing the dosage up to 1,200 to 2,100 milligrams also did not show any major effects (x).

However, there is still a minor chance of developing some issues, such as headache and nausea. This can be seen even if you are following a 450-milligram dose. Digestive issues, such as acid reflux, bloating and diarrhea can also be seen. This is usually seen with higher dosages, especially with 1,000-milligram doses. With even higher doses, such as in the range of 8,000 milligrams, rashes are a potential side effect. However, it is extremely rare.

Another thing you should keep in mind is the exposure to lead. Some brands are known to have a higher content of lead, which can affect your nervous system adversely. Stay away from turmeric powder that contains wheat flour and barley as fillers. Try to go for pure or near-pure extracts as they can give you the nutrients to fight your health issues (x).

Do note that the above components contain gluten. If you are intolerant to this, your body may develop symptoms like constipation, abdominal pain, bloating, headaches and fatigue. If you are already taking any coagulants, it is recommended that you don’t consume curcumin supplements as they can increase the effects of the drugs you are consuming. Avoiding turmeric-based foods is also a wise idea.

Some people are allergic to turmeric as well, especially noted after exposure to skin. In most cases, the reaction is in the form of itchy rashes and is generally mild. Other possible side effects of curcumin, when taken in large quantities, include nausea, increased risk of bleeding, hypotension or low blood pressure, increase in menstrual flow, hyperactive gallbladder contractions and uterine contractions in pregnant women. If you experience any one of the symptoms mentioned above, it is advised that you visit your doctor immediately (x).

As we have already seen, curcumin is one of the major components of turmeric. It has several benefits, such as easing the symptoms of rheumatoid arthritis and osteoarthritis. It can reduce pain and inflammation, leading to better management of these illnesses. Curcumin can also act as an excellent arthritis supplement. Turmeric in itself is an excellent source of nutrients as it contains many other compounds besides curcumin.

There have been plenty of lab tests conducted where the scientists have found that curcumin blocks the growth of some specific types of tumors. A study tells us that curcumin could stabilize colorectal cancer when most other methods do not help. However, additional research needs to be done to understand this aspect of curcumin better (x, x).

Apart from this, other lab studies propose that curcumin can also protect against stomach ulcers, colitis and high cholesterol. Consuming turmeric or curcumin as an extract could treat diabetes, HIV, stomach upsets, depression, uveitis and viral infections. Besides this, the help curcumin offers in weight loss is also a major factor in its use (x).

However, it is important to note that most of these studies have been limited to labs. With additional research going on, there is a good chance that we will soon know for certain just how curcumin manages to help our body fight illnesses. Then we will understand more about correct dosage.

Consuming curcumin in recommended quantities can do wonders for your body and health. Having more can potentially upset your stomach and lead to headaches and a lot of other issues.

Consuming curcumin or turmeric is something that can offer more good than bad. However, there is no standard dosage since it is mostly an unofficial form of treatment, although it is pretty effective. You can choose how you would like to consume this component. There are two ways — the natural way through consuming fruits and vegetables containing curcumin or by using turmeric as a spice in your cooking, or by taking supplements.

If you choose to go the natural way, simply start using turmeric in your food. This spice comes from rhizomes, the underground stems of the turmeric plant. While it has been actively used throughout the centuries and still is today in the Indian kitchen, it has now become popular around the world.

For those who prefer supplementation, it is advisable to take 1,000 mg or less of curcumin once daily. It is also best that you take it with water and a meal. Approximately, 1,000 mg would be slightly less than half a teaspoon.

Turmeric is one of the more nutritious spices in the world. This herb has a long history of curing and preventing illnesses and is an active component of Ayurvedic and other traditional forms of medicines. It is available in abundance in South and Southeast Asia and is a major part of cooking in India even today.

Regarding health benefits, curcumin offers help dealing with inflammation, depression, skin health, blood clots, cholesterol and much more. It may also have strong anti-cancer properties. Consumption in optimal quantities can do a lot of good. However, over-consumption could lead to issues such as headaches, nausea and digestive troubles like diarrhea. You can consume curcumin either by adding to your food or beverages or by ingesting the supplements.