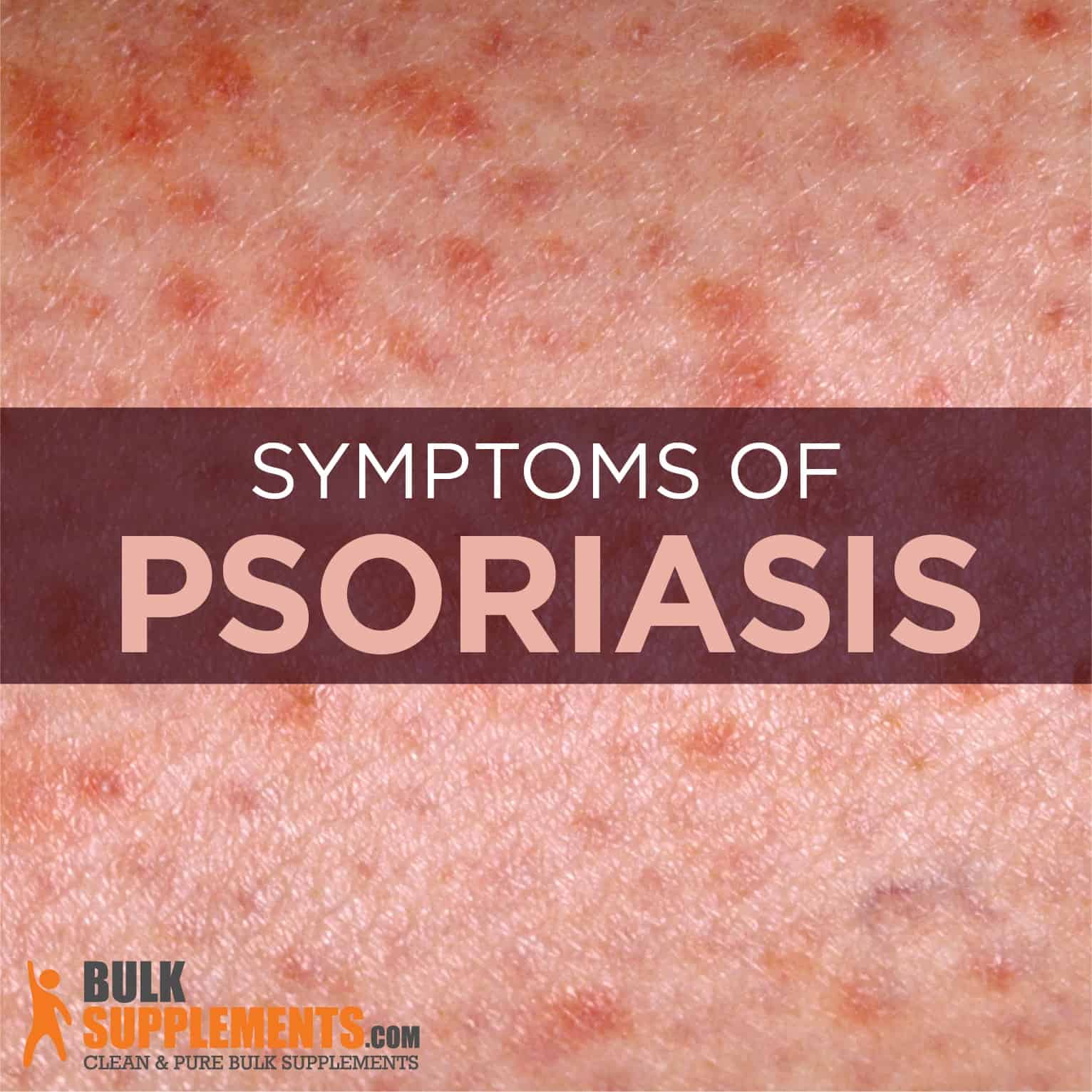 Psoriasis is an autoimmune skin disease that leads to a rapid build-up of skin cells. They grow abnormally fast — faster than the body can lose them — causing inflamed patches on the surface of the skin. Sometimes the patches itch, burn or sting and, in some cases, they open up and begin to bleed. Usually something triggers the lesions to flare.

Psoriasis may affect any part of the body, but it usually shows up on the elbows, knees or scalp. Symptoms vary depending on the type of psoriasis. The condition is also related to other comorbid conditions such as cardiovascular disease, diabetes and depression (x).

The cause of psoriasis is still puzzling to doctors and researchers alike. However, physicians now attribute two main factors to the condition — genetics and the immune system.

Psoriasis is an autoimmune condition, meaning the immune system mistakenly attacks itself and the body. In psoriasis, the immune system causes inflammation and rapid skin cell growth. T cells — a type of white blood cell — stimulate the immune system when they come into contact with bacteria or viruses. T cells end up in the skin and attack skin cells, causing the body to produce new skin cells a lot more rapidly than it would normally. The body produces new cells faster than it needs to and then transports them to the surface of the skin, where they begin to accumulate as dead cells (x, x).

Under normal conditions, skin cells take about a month to reproduce. But with psoriasis, the process may only take a few days (x). New cells start their growth deep beneath the skin and gradually rise to the surface of the skin until they fall off as dead cells. But psoriasis causes new skin cells to reach the surface along with dead ones and there is not enough time for cells to fall off before the new ones take their place (x).

It’s possible that some people have certain genes that increase their probability of developing psoriasis, though researchers haven’t found the specific genes. According to the National Psoriasis Foundation, at least 10 percent of people inherit the gene that is related to psoriasis, but only 2 to 3 percent end up developing the condition (x). A twin study discovered an 80 percent heritability for psoriasis, concluding that it is heritable (x).

Psoriasis flares in response to certain triggers. Different cases respond to different triggers, but common ones include (x, x):

This is the most common type. Symptoms include thick, raised, red patches with white dead skin cell buildup. The plaques usually show up on the elbows, knees, scalp and lower back. Sometimes they itch, crack and bleed (x, x).

This type often begins in childhood, triggered by strep infection. It shows up as tiny pink bumps on the torso, legs and arms, as well as the face, scalp and ears. It usually resolves without treatment after a few weeks or months and may not flare up again after it clears, but some people have it for life (x, x).

Inverse psoriasis flares where the skin touches skin — behind the knees, in the underarms or in the genitals — in smooth, sore red patches with white coating. Sometimes it accompanies other types of psoriasis at the same time (x, x).

Flaring usually only on the hands and feet, pustular psoriasis causes red, swollen skin with bumps filled with pus. The skin is extremely sore and painful (x, x).

This type can be life-threatening and spreads all over the skin, making it red, dry and tender. It develops into pus-filled bumps, which break open and the skin dries out and peels. Then new bumps form and the process repeats itself (x, x).

Erythrodermic psoriasis is especially aggressive, but uncommon. It covers most of the body, making the skin look burnt with an intense itching or burning sensation. Other symptoms include fever, muscle weakness, and chills, which can develop into hypothermia. It is one of the most severe variants and can be life-threatening (x, x).

People with psoriatic disease, including psoriatic arthritis, are more likely to develop other health conditions, including (x):

However, studies suggest that treating psoriasis symptoms may reduce the risk of comorbid conditions (x).

Although there is no definite cure for psoriasis, there are treatments to help reduce the accumulation of skin cells and tone down inflammation. There are also treatments to remove plaques as well as relieve the itching and dryness. The type of treatment usually depends on a number of factors including age, general health, the severity of the condition and the area it appears. There are three types of treatment (x, x, x, x).

When they are combined with other treatments, natural remedies may also be effective in treating psoriasis, including (x):

Supplements can benefit overall health and may also help treat some of the symptoms of psoriasis, when paired with other treatment methods. Some supplements for psoriasis include:

Psoriasis and psoriatic arthritis patients are at a high risk of developing cardiovascular diseases. Omega-3-6-9 fatty acids have been shown to help reduce the rate at which people contract heart diseases (x). The recommended dosage is three softgels once or twice per day.

Also known as holy thistle, milk thistle is a natural antioxidant with anti-inflammatory qualities. It has been shown to help ease psoriasis symptoms (x). Take 250 mg daily as a dietary supplement.

Glutamine makes up more than half of the body’s skeletal muscle tissue and is an effective energy source. It also promotes immune health. The suggested serving size is 1,000 mg up to three times per day on an empty stomach. Take the supplement either one hour before a meal or three hours after.

Typically used as a topical gel, aloe vera has been shown to reduce scaling and redness that comes with psoriasis when it is applied directly to the skin (x). The extract powder promotes immune system and circulatory health. Take 1,000 mg once a day with water.

This is a combination of palmitic acid and retinyl. Vitamin A palmitate has antioxidant properties and benefits skin health (x). The recommended serving size is 30 mg once per day.

MSM boosts skin health and supports healthy joints, which can be beneficial for psoriasis and psoriatic arthritis patients. One study reported improved pain from osteoarthritis (x). The recommended serving size is 1000 to 1300 mg four times every day.

Psoriasis is an autoimmune disease, in which the immune system mistakenly attacks healthy cells. In psoriasis, the immune system causes skin cells to grow faster than the body can get rid of them, resulting in lesions that build up on the surface of the skin. There are also genetic factors that increase the possibility of developing it.

Symptoms vary depending on the type of condition and are usually triggered by factors such as stress, medication, allergies and infections. There is no cure for psoriasis, but it can be controlled by topical treatments, phototherapy treatment and medications. Natural remedies such as essential oils and supplements can help soothe symptoms and promote overall health.

Huperzine A: Benefits, Side Effects & Dosage