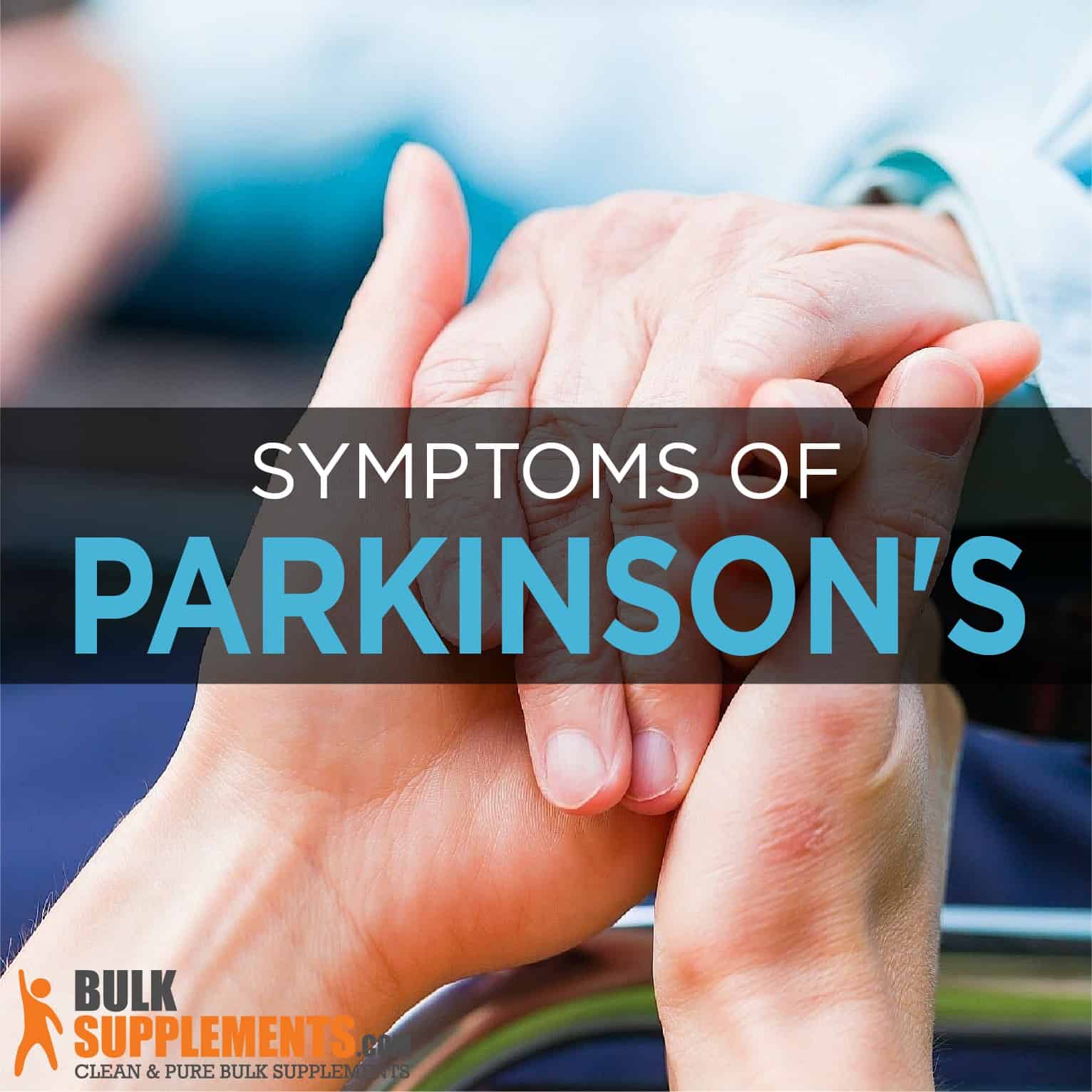 What is Parkinson’s Disease?

Parkinson’s disease (PD) is a progressive disease of the nervous system. It occurs when dopamine-producing neurons in the brain become damaged. As a result, a person with PD develops an imbalance in dopamine, which affects motor skills and emotions (x). It also causes a decrease of the chemical messenger norepinephrine, which plays a role in regulating functions of the autonomic nervous system. This affects things like blood pressure, energy levels, sexual arousal and digestion (x).

Most people who are diagnosed with PD are over the age of 60. However, symptoms can start at an earlier age (x). Currently, about 10 million people worldwide live with PD, with one million of those being in the United States. As people begin to live longer, the rates of PD will rise. About 50 percent more men develop PD than women (x).

Parkinson’s eventually affects the ability of a person to live independently. The disease isn’t fatal, but can cause complications that lead to death. Researchers have come up with treatments to help relieve some of the symptoms of PD. However, no cure exists yet (x).

Parkinson’s progresses through different stages. The symptoms of PD begin slowly and may go unnoticed at first (x). In fact, it’s estimated that 50-80 percent of a person’s dopamine-producing cells may already be depleted by the time symptoms appear (x, x). The way each person with Parkinson’s experiences these symptoms differ.

Researchers believe that the non-motor symptoms such as loss of sense of smell, problems with sleeping and constipation may start years before motor symptoms. As a result, they’re focusing more attention on these symptoms to detect and treat PD earlier (x).

However, it’s still unclear what causes these neurons to deteriorate. Certain genes have links to the disease, but not everyone with these genes develops PD. Currently, researchers generally believe that it’s most likely caused by a combination of genetics and environmental factors such as exposure to certain toxins (x, x).

Some people have a greater risk of developing Parkinson’s. Risk factors include (x, x, x):

Increased exposure to chemicals and pesticides, even inadvertent, is a known risk factor. For example, two common pesticides named paraquat and rotenone are found in the blood of a large number of Americans everywhere, despite being banned from garden and home use. These chemicals affect the mitochondria of the cells, which results in oxidative damage. Oxidative damage impacts the function of cells, and in the case of Parkinson’s, the dopamine-producing neurons in the substantia nigra are the ones impaired (x).

While some things put people at a higher risk for eventually developing PD, other factors may decrease the risk. However, despite these being potentially protective against PD, some can cause other health problems (x, x).

The diagnosis of Parkinson’s is difficult, especially in the beginning stages. Doctors use a detailed medical history, analysis of current symptoms, neurological testing and brain scans. Generally, two major motor symptoms (tremors, rigidity, and/or bradykinesia) must be present to receive a diagnosis of PD (x).

Medication can’t cure PD yet, but can improve symptoms. Most prescription medications used for the condition help regulate dopamine levels in the brain. The most common drug for PD is Levodopa, which is prescribed along with the drug Carbidopa. Others include dopamine agonists, COMT Inhibitors, MAO inhibitors and anticholinergic agents. Doctors and patients work together to monitor changing symptoms and adjust medication as necessary (x).

Researchers are working on finding new drugs. For example, studies that include binding caffeine to other drugs such as metformin, nicotine and aminoindan appears to help prevent the destruction of neurons in laboratory tests (x).

In addition, since PD results from oxidative damage to certain brain cells, a focus of research aims to find an antioxidant to prevent damage in the first place. A nutritional supplement called inosine, which converts to another compound called urate in the body, is being studied for this purpose (x).

Many people with Parkinson’s benefit from therapies that help strengthen and retrain muscles. For example, physical therapy can help relieve stiffness in the legs and preserve the ability to walk. In addition, some people may eventually need occupational therapy to learn and practice fine motor skills needed for everyday living like dressing, writing or preparing food. Finally, speech therapists help people with PD with speaking and swallowing (x).

This type of treatment involves inserting electrodes into the brain through surgery. The goal is to help those whose medications can’t adequately control involuntary muscle movements (x).

The goal of preventing and managing Parkinson’s disease partly involves preventing the oxidative damage that occurs to brain cells. Diet plays a role, though researchers are still studying exactly which types of foods to recommend (x).

Generally, the Mediterranean diet, which is made up of lots of antioxidant-rich plant-based foods such as vegetables and olive oil, may be a good choice. Studies show that it may have a protective effect and help prevent the onset of PD (x).

Having an exercise habit early in life helps prevent or slow the onset of PD. But exercise after PD diagnosis is important as well. Not only can it keep muscles and joints limber and strong, but some research suggests that it can improve brain function (x, x).

Various supplements can help in managing the symptoms of Parkinson’s. Some can interact with medications, however, so be sure to check with your doctor before taking any.

The seeds of the mucuna pruriens extract plant have been used for a very long time in Ayurvedic medicine as a mood booster and adaptogen. This plant contains L-dopa, which research shows may be an effective natural alternative to levodopa, the main medication prescribed for Parkinson’s (x, x). Because everyone’s symptoms and state of PD is different, it’s important to consult a knowledgeable healthcare provider for guidance on dosage. However, as a general dietary supplement, the suggested serving size for mucuna pruriens is 500 mg twice daily (once in the morning and once in the afternoon). Best taken with water or meals.

Green tea contains antioxidants called polyphenols that benefit the heart, skin, brain, liver and can even help prevent certain cancers. In addition to all of that, green tea extract is being studied with some success as a natural way to help prevent the progression of diseases like Parkinson’s (x, x, x). To use green tea extract as a supplement, 500 mg taken once or twice per day is recommended. Intake should never amount to more than 1,000 mg per day, and this supplement should never be used for more than three months at a time.

People with Parkinson’s Disease often take several medications to manage their symptoms. Medications eventually get processed through the liver, putting a strain on this critical organ. Milk thistle helps protect the liver from toxins (x). While no studies exist that relate specifically to milk thistle and PD, some practitioners advise taking the herb along to help protect the liver (x). As a dietary supplement, take 250 mg per day, or as directed by a physician. This supplement can be taken with or without food.

A compound found in turmeric, curcumin naturally reduces inflammation. It also has antioxidant and neuroprotective properties. As a result, research suggests that curcumin may have an important role in the management of PD, specifically by helping to ease symptoms that medications so far cannot (x). Curcumin is to be taken in one dose of 1,000 mg or less per day, depending on the intended effect. It should be taken along with water or a meal.

Low vitamin D status is associated with a higher risk of developing Parkinson’s (x). Your doctor can test your levels and make sure they’re within a healthy range. If not, supplements may be recommended. Making sure you take the appropriate dose of vitamin D is important because it slowly builds up in your system and can be toxic if levels become too high. Because of how concentrated this vitamin D3 supplement is, it should be measured and consumed with care. The recommended dosage is 50 mg per day. Do not supplement this product if you do not possess an accurate milligram scale. It is strongly suggested that those unsure of serving sizes choose less concentrated forms of vitamin D3 to avoid overdose. Since individual needs may vary, always start on the lower end of dosing.

Parkinson’s disease is a chronic, degenerative neurological disorder that most often affects people over the age 60. It occurs when the cells that produce dopamine in the brain become damaged. Symptoms of include tremors, loss of balance, slowed movements, mood changes, poor posture and lack of motor control. Causes of Parkinson’s are still unclear, but may involve a combination of genetics and environmental factors. No cure exists yet, but medications to balance dopamine levels remain the first line of treatment. In addition, physical therapies, brain stimulation, lifestyle adjustments and/or dietary supplements can also be part of the overall management strategy.