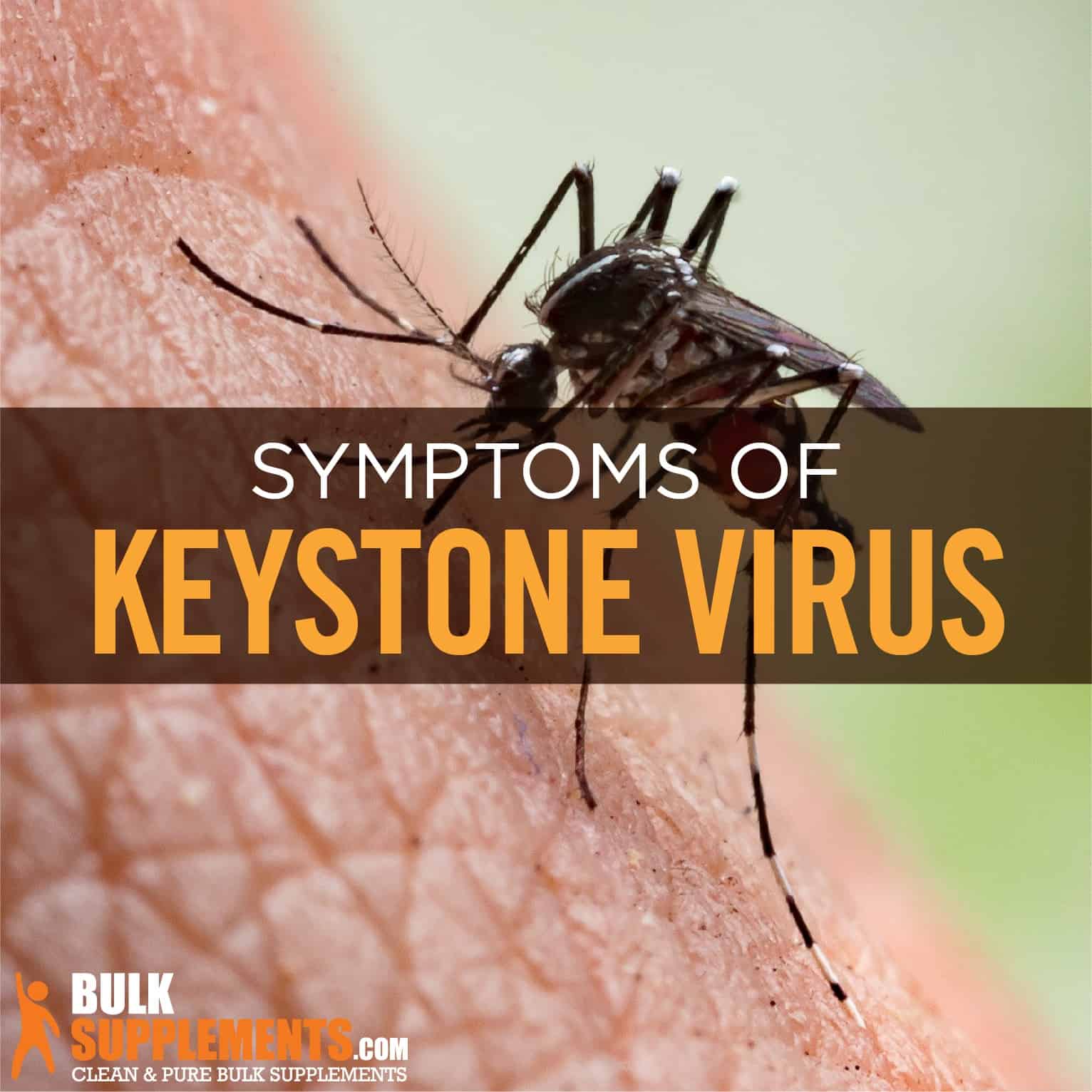 What Is Keystone Virus?

Mosquitoes are responsible for a huge number of illnesses and deaths every year. Malaria is the most infamous disease with 438,000 deaths in 2015 (x). Originally, researchers discovered Keystone virus in 1964, but for many years there were only animal cases in raccoons, squirrels and deer. Then in 2018, researchers discovered the first human case in Keystone, Florida.

The case involved a 16-year-old boy. Doctors first assumed that it was the more common Zika virus, since there had been a recent outbreak, but evidence concluded otherwise. Although the patient did not have swelling in the brain, he did have a fever and a rash. There is a general belief that all mosquitoes can carry viruses, but there are actually specific virus-carrying species. The one that most commonly carries the Keystone virus is the aedes atlanticus mosquito.

There is currently no treatment plan for Keystone virus because it is a very recent occurrence in humans. At this time, doctors treat the Keystone virus like other mosquito viruses. Even though there may not be a unique treatment plan, patients should seek medical attention if they notice an adverse reactions to a mosquito bite.

In the most recent case, the rash was the most noticeable sign of the Keystone virus. The rash started on his chest and spread to his stomach, arms, back and face. Although these symptoms seem mild, it was enough to spark doctors’ attention (x).

A fever is a noticeable symptom with an infection from a mosquito bite, including Keystone virus (x). Chemicals called pyrogens are responsible for causing fever and when they travel to the brain, they interact with receptors in the hypothalamus. This part of the brain is responsible for maintaining body temperature. A fever also raises the body temperature in order to fight off the infection. Most of the time, a body temperature over 100.4°F (38°C) indicates a fever (x).

Encephalitis causes its own symptoms as well, typically fever, headache and sensitivity to light. The patient may also feel stiffness in the neck and limbs, clumsiness, drowsiness and they may have a cough. In more serious cases, the patient may have an intense headache, vomiting, nausea, disorientation, memory loss, hallucinations and difficulties hearing and speaking. The patient may even suffer from seizures or coma and it may cause aggressive behavior (x).

Researchers do not know much about the Keystone virus because of the lack of human cases. However, since it may be similar to other mosquito bite infections and arboviruses, other symptoms may include headaches, muscle aches and pains, nausea, vomiting or diarrhea.

There is no specific treatment for the Keystone virus in humans (x). However, the patient will need medical treatment if they suffer from encephalitis. Encephalitis has a high mortality rate, between 10 and 30 percent, even with treatment. Inflammation puts an excess amount of pressure on the brain stem, which controls vital functions like blood circulation and breathing. It can be fatal if the brain cannot perform these functions (x).

Treatment aims to relieve the symptoms. For mild cases, the most important treatment is hydration, rest and medicine to reduce fever and headaches. Researchers have only tested a few antiviral medications for encephalitis, such as acyclovir. Corticosteroid medications may also help reduce inflammation in the brain. After that, the patient may require artificial respiration. If the patient has a seizure, the doctor administers anticonvulsant medications or sedatives. Sedatives may also help if the patient experiences mood changes such as restlessness or irritability (x).

Always use an EPA-registered insect repellent. It should contain at least one of these active ingredients: DEET, picaridin, IR3535, oil of lemon eucalyptus (OLE), para-menthane-diol (PMD) or 2-undecanone. Read the label for instructions on how often to reapply (x). Also, use products with permethrin. It is very effective for killing mosquitoes and other arthropods. Spray it on clothes, shoes, bed nets and camping gear, but do not spray it on the skin (x).

Especially in areas where mosquitoes are known to carry deadly viruses, make sure to cover the skin as much as possible. Wear long sleeves and long pants.

Avoid bug bites altogether. When traveling, stay in hotels with air-conditioning. Do not rely on screens or open windows to cool off (x). Use a bed net if you cannot keep mosquitoes away from your home or hotel room (x).

In addition to medical treatment or advice from a physician, patients can also use herbal supplements to help support immune health and treat infection. Some supplements may even help treat mosquito bites specifically. However, they are not a medical cure. Always consult a doctor before taking any supplements.

Native to India, Africa and Australia, gymnema has a very long history in Ayurvedic medicine. It is a common herbal treatment in tropical regions where malaria is common. It has antiparasitic effects that may help kill mosquitoes and prevent infections altogether. As a dietary supplement, take 500 mg of gymnema extract powder once or twice a day, after consulting a doctor.

Celery seed is a common herbal treatment in traditional alternative medicine and people have used it for thousands of years to address different health conditions. It is related to parsley and it contains different antioxidants and anti-inflammatory compounds. Combining it with body lotion may even help repel mosquitoes as a natural alternative to synthetic ingredients. The recommended dosage for celery seed extract powder is 1,000 mg up to three times a day, unless a doctor recommends a different dosage.

For centuries, people have used garlic for its medicinal properties. Almost every culture around the world uses it in some way for its various health benefits. It has natural antioxidative properties that help eliminate free radicals from the body and support the immune system. Garlic may also be able to help treat infections. As a dietary supplement, take 650 mg of garlic extract powder twice a day with food. Consult a doctor before taking this supplement.

Fortunately, the first human case of Keystone virus—in Keystone, Florida—was fairly mild and the patient made a full recovery. Keystone virus is yet another example of a viral infection found in animals that eventually spreads to human populations. The mosquito that carries it is called aedes atlanticus and the illness is similar to the Zika virus. Researchers do not know much about its symptoms because there is limited research on human cases. But it can cause symptoms similar to other mosquito borne illnesses, such as fever and a rash. The virus can also cause encephalitis—swelling in the brain—which can be fatal.

Because the virus is so rare in humans, there is no specific treatment plan. Instead, doctors simply aim to address the symptoms, treating the rash, lowering the fever and trying to reduce swelling in the brain. Encephalitis has a very high mortality rate, even with treatment and it requires immediate medical attention. Symptoms of encephalitis include nausea, headache, confusion and even seizures or coma.

The best way to prevent Keystone virus or any other mosquito borne disease is to avoid exposure and bites. Take proper measures to protect yourself from mosquito bites by keeping them away from homes and hotel rooms, using insect repellent and covering the skin. Natural supplements may also help repel mosquitoes and help treat infections. But always consult a doctor before starting a supplement regimen. They are not an effective medical treatment on their own, but research proves that they may help improve overall health.