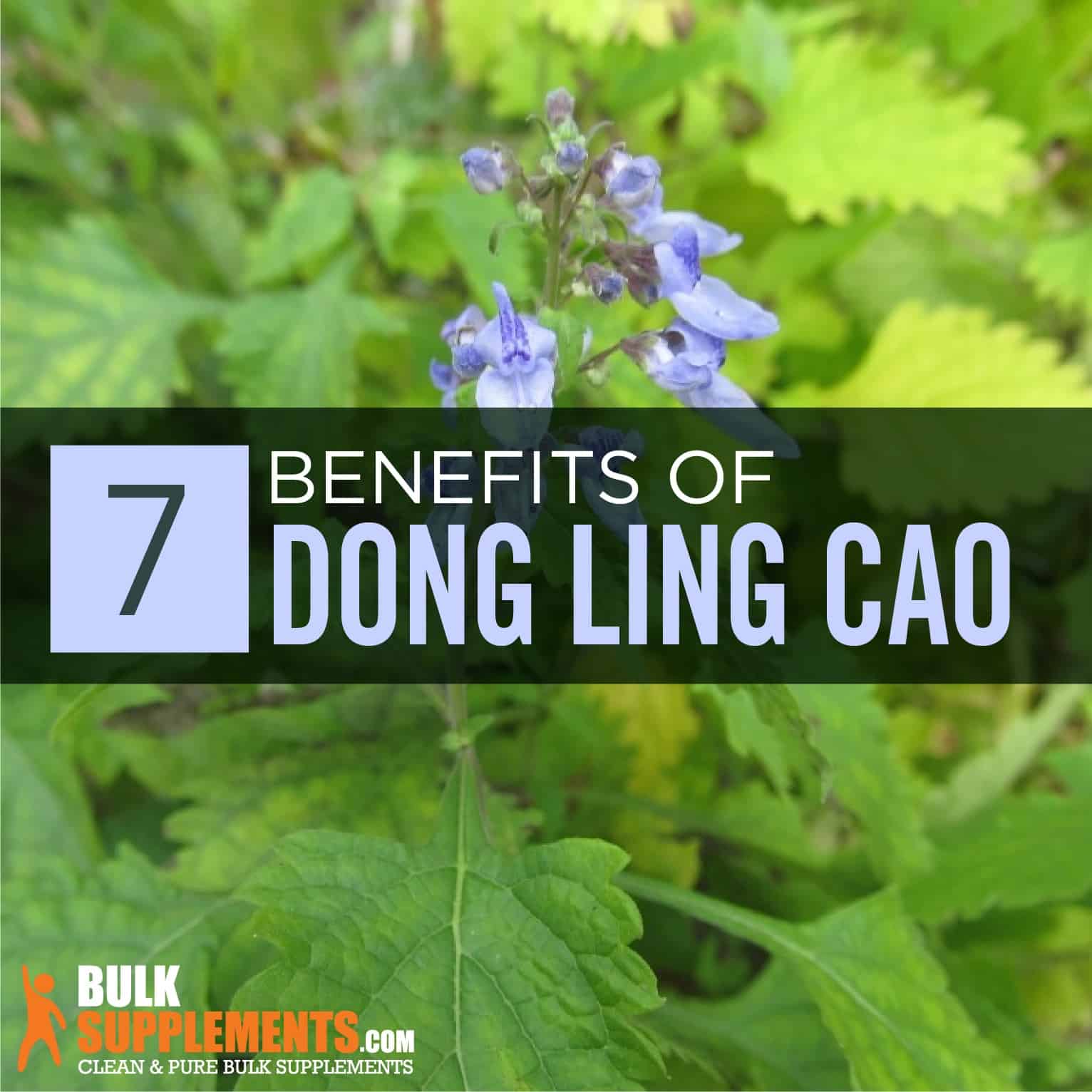 Rabdosia rubescens, or Dong Ling Cao, is a type of herb native to China. It also goes by other names, such as:

Dong Ling Cao is extremely beneficial and all parts of the plant can create various types of medicine. Dong Ling Cao comes from the mint family of plants, closely related to the coleus and lavender plants (x). The herb grows natively on the dry slopes and along the streams in the northern provinces of China. This traditional Chinese folk medicine may be able to treat a variety of ailments such as tumors, cancer, fever and pharyngitis.

Dong Ling Cao is a common treatment in Chinese medicine, typically paired with other herbs specifically suited to each patient. The active compound in Dong Ling Cao that makes it an effective form of medication is oridonin (x). Users can consume it alone or in tablet form to treat ailments.

When it comes to natural detox methods, Dong Ling Cao is one of the best around. It helps to increase blood circulation while also flushing toxins from the system. It can take the form of an antipyretic and an anodyne in both its plant form or in pill form. Antipyretic supplements are effective in treating fevers and other illnesses that cause an increased body temperature, while anodyne supplements are effective in treating various types of pain in the body.

When consumed in its natural form, it has a bitter taste and creates an instant cooling sensation in the stomach. It also has an immediate cooling effect in the lungs and liver, making it an effective treatment for heat inducing illnesses. Herba rabdosiae commonly treats various ailments such as:

GCA commonly affects elderly patients, but it can also affect other parts of the population. It is a systemic vasculitis that mainly affects the arteries of the arms, head and neck. GCA causes soreness, inflamed arteries, pain in the jaw and can even lead to vision loss. When GCA is caught early, treatment with Herba rabdosiae may help prevent serious complications. There is no cure for GCA, but Dong Ling Cao can be an effective way to help a patient cope with the symptoms and improve overall quality of life (x, x).

Dong Ling Cao has also aided in the treatment of various forms of cancer. Gastroesophageal junction, liver cancer, cancer of the esophagus and  breast cancer cells prove unable to survive in the same environment as Herba rabdosiae. Additional research proves that many of the active agents in Herba rabdosiae harm existing cancer cells and prevent them from multiplying (x, x, x).

When taken in pill form, Herba rabdosiae is a strong, yet effective treatment for various forms of tumors. It has proven effective in reducing the size of cancerous stomach, breast, liver, lung and esophageal tumors. The herb has been used as a treatment for mast cell tumors and tumors caused by skin cancer. Herba rabdosiae prevents cancerous cells from multiplying, which eventually prevents tumor progression. The active ingredient oridonin causes apoptosis and cell cycle arrest in most tumors, making it a prime treatment for various forms of cancerous and benign tumors (x, x).

Dong Ling Cao is antimicrobial, which makes it a tool against several ailments. Whether taken in its natural form or in capsule form, it can treat the flu, colds, acute laryngitis, sore throat and canker sores. In oral applications, it has also shown to be an excellent treatment for gingivitis. It is effective on its own, but can also be mixed with other herbs to increase its potency and effectiveness (x, x, x).

Diabetes mellitus is a common, yet complex, ailment with a negative effect on the body. Many patients suffer irreversible harm due to poor circulation and other microvascular complications from diabetes mellitus when it is diagnosed in the later stages. Dong Ling Cao helps to improve blood circulation in the body and helps the liver, lungs and stomach to function more efficiently. It also helps to control lipids and blood sugar levels, which, in turn, promote healthy blood circulation (x, x).

For patients who suffer from incurable chronic pain, prescription nonsteroidal medications may not be a viable long term treatment option. However, Herba rabdosiae may be an effective treatment for swollen joints, arthralgia and other similar ailments. Dong Ling Cao also helps keep body fluid at a healthy level, which reduces swelling. By maintaining optimal function of these systems, the body removes blood stasis, which increases circulation and reduces pain. Unlike prescription medications, Herba rabdosiae helps to stimulate white cell phagocytosis in the body as well as encourage prostaglandin production, which is an inflammatory lipid. This results in less pain and swelling with fewer to no side effects (x, x).

Your body is already equipped to rid itself of basic toxins, but there are times when it needs a little bit of extra help. Herba rabdosiae helps the natural detoxification system in your body to get rid of excess heat and poisons. This is most helpful when your immune system is fighting off the effects of an infection, cancer or other illness (x, x).

Side Effects and Dosage

Dong Ling Cao (Herba rabdosiae) is generally safe to take as a supplement. Side effects are common, but mild and most noted in cancer patients and those taking cancer medication. Side Effects include:

The recommended dosage of Dong Ling Cao depends on the ailment, the patient and their age. Safe dosages range from 30-60 grams daily consumed or used as a tincture.

Herba Rabdosiae in its natural form is incredibly potent. Though it is safe for consumption, there have not been adequate studies to show its effect on women who are pregnant or nursing.

Dong Ling Cao (Rabdosia rubescens) is traditionally used in Chinese medicine. In China and among homeopathic healers worldwide, Rabdosia rubescens has proven to be an effective treatment for tumors, heat-inducing illnesses, cancer and more. Its antimicrobial and anti-inflammatory properties also make it effective in treating various forms of joint pain and bone-related diseases.

Oridonin is the plant’s active ingredient, responsible for inhibiting the growth of cancerous cells. Supplementing with Dong Ling Cao is also an effective way to increase the natural detoxification process in the body. Studies show that its antibacterial properties are an effective way to treat infected tonsils, as well as snake and insect bites.

Dong Ling Cao is available in its natural plant form, as a powder, capsule and as a balm. There are little to no side effects. However, cancer patients may experience side effects such as upset stomach and nausea. In very few instances, it can cause mild skin irritation or itching, which clears within a few hours.

When considering taking a Rabdosia rubescens supplement, consult with your physician as well as an herbalist trained in Chinese herbal medicine. Proper dosages depend on the patient’s age, ailment and other medications the patient is taking. Though this herbal supplement is relatively safe, there has not been sufficient research to cover all aspects of its use. Those suffering from certain cancers should continue taking their regular course of treatment, even while supplementing with Rabdosia rubescens.

The compounds in Rabdosia rubescens are effective in preventing carcinogenesis, inhibiting epithelial-mesenchymal transition, reversing drug resistance, regulating immune function and enhancing effects of chemotherapy (x). Although it is an effective treatment, Dong Ling Cao has the highest chance of success when combined with traditional methods.