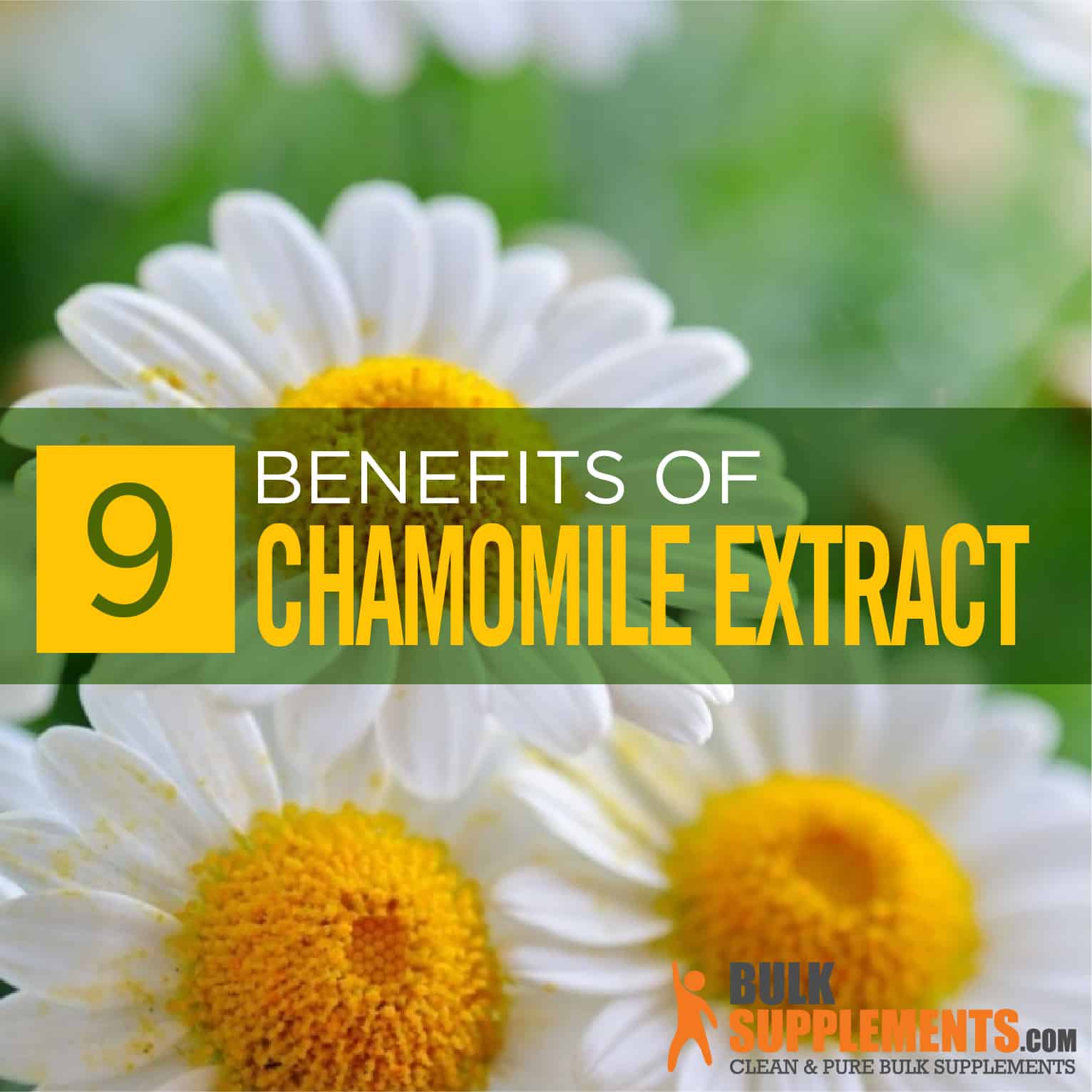 Chamomile has been praised for its medicinal and cosmetic benefits for centuries. Historians believe the Romans were the first to grow chamomile in large quantities, but others argue that botanists from Great Britain deserve the recognition.

Today, the chamomile plant grows around the world in various temperate locations, such as France, Belgium, Italy and Germany.

Oil from the chamomile plant contains flavonoids, terpenoids and numerous other disease-fighting antioxidants. It’s available as a tea, an essential oil, an extract, a powder, a tablet or a capsule. Traditional doctors often recommend chamomile extracts and powders since they deliver the highest concentration of antioxidants.

Chamomile tea is one of its most popular forms, and is used to treat gastrointestinal upset, such as nausea, indigestion, diarrhea and vomiting.(X)

Many favor the essential oil as a remedy for skin conditions since using it topically relieves burning and itching. Some prefer it in diffusers as an aromatherapy treatment to ease anxiety and depression and promote relaxation and sleep (X).

So how else can chamomile benefit your health?

Antioxidants protect your cells from oxidation, preventing disease and slowing signs of aging. The chamomile plant is chock-full of terpenoids, chamazulene, flavonoids and other valuable antioxidants (x). These compounds work together to suppress inflammation, hinder cell mutation, reduce pain and swelling, improve mood, support the immune system and even fight cancer (x).

According to a study posted in both Alternative Therapies in Health and Medicine and Pharmacology Review, chamomile tea and essential oil are two of the most sought-after remedies for relieving stress (X). One reason it’s such a popular ingredient in aromatherapy, candles and bath products is that inhaling its vapors has a calming effect on the nerves (X).

Chamomile tea promotes good digestion and decreases the risk of certain gastrointestinal issues. It offers a calming effect on the body and relieves cramping, constipation, acid reflux, and other digestive issues(x). It may be especially effective at reducing acidity in the digestive tract, which in turn can reduce the risk of ulcers (x). It’s gentle enough for children and pregnant women, too, and many women use it as a natural treatment for diarrhea and nausea during pregnancy.

Chamomile eases back pain, headaches and cramps associated with premenstrual syndrome (PMS) (x). It can also help with moodiness and depression–other common PMS symptoms– and promote feelings of calmness and well-being.

Studies have shown that the antioxidants in chamomile tea and oil can penetrate deep into the skin to treat the painful, inflammatory symptoms of arthritis (x). You can apply the oil directly on your skin or add it to your bathwater (x).

A study conducted in 2006 concluded that inhaling chamomile oil before bedtime produced a calming and drowsy effect, helping study participants enter a deeper and more restful sleep (x). Add chamomile essential oil to a diffuser before bedtime to promote a full night’s sleep.

Chamomile can kill bacteria living inside the mouth, and reduce pain from canker sores and toothaches (x). Many chamomile-based organic toothpastes and mouthwashes are available to support better oral health.

Flavonoids and other antioxidants found in chamomile can help protect the heart from coronary artery disease. Chamomile also relaxes blood vessels to lower high blood pressure, a leading cause of heart-related illnesses (x).

Chamomile is a gentle herb with few side effects, but there are a few considerations:

You can also take chamomile extract powder, which contains a higher concentration of beneficial compounds like antioxidants. As a dietary supplement, take 800 mg (scant 1/3 tsp) of the powder once or twice daily, or as directed by your physician.

Chamomile has been used for thousands of years to treat inflammation, various skin conditions, mood disorders and heart conditions. In fact, it is
one of the most common herbs used for medicinal purposes and
is widely recognized for its anti-inflammatory, antioxidant, and mild astringent properties.