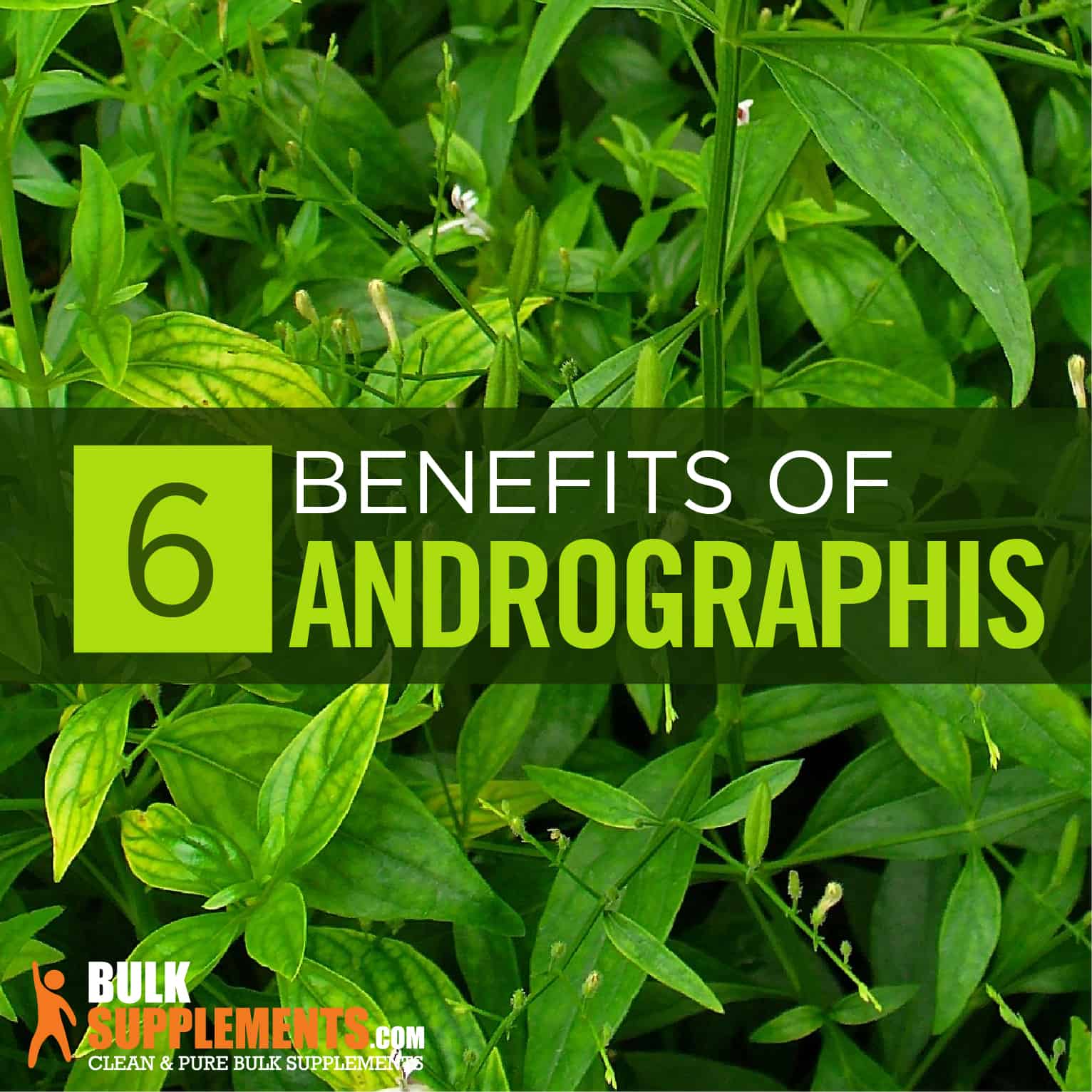 Andrographis, also known as king of bitters, is an herb prized for thousands of years for its health benefits. Its regal name stems from its naturally bitter taste, but don’t let that turn you off–it’s an ancient staple in Traditional Chinese Medicine and acts as everything from an anti-inflammatory to an anti-bacterial agent. In fact, science backs up andrographis as a treatment for a number of ailments, including fevers, high blood pressure, insect bites, and GI issues.

So how can this multi-tasking herb benefit your health?

Andrographis could help kill bacteria that cause infections. Certain proteins found in the herb have been shown to kill e. coli and staph infections, However, it only seems to kill bacteria in its raw form, or as an extract; dried andrographis plants may not be as effective at killing harmful bacteria. (X) (X).

The good news is if you’re prone to chronic colds, andrographis could lend a hand. Research suggests that taking andrographis extract could boost your immunity, reducing your risk of coming down with a cold (X) (X).

So the next time cold and flu season rolls around, arm yourself with an andrographis supplement–it could save you from a season of sniffles.

Histamines are part of your body’s defense system. They eliminate anything your body perceives as a threat, including environmental factors like pollen. But sometimes, they overreact.

But when allergies won’t let up, inflammation takes hold, and prolonged inflammation is one of the leading causes of chronic disease.

Antioxidants are compounds that fight oxidation and free radical damage, which leads to signs of aging and disease. The andrographis herb is rich in antioxidants that protect your body from environmental pollutants that lead to oxidation. Research suggests that andrographis extract activates enzymes that build up your body’s antioxidant defense system, reducing oxidative damage and boosting immunity (X).

Andrographic shows promise as a potential anti-cancer supplement. In preliminary studies, andrographis decreased growth of cancerous cells in patients with breast, lung, and skin cancer. It also lowered cancer cell count in patients with colon cancer by stopping the progression of cell growth. However, more research is needed to determine its long-term effectiveness (X).

Since andrographis tastes very bitter, you might want to avoid eating it raw. Instead, try an andrographis supplement (available as a powder or a capsule).

Andrographis extract powder  is one of the most effective forms of the herb, as it contains high concentrations of the plant’s beneficial compounds. As a dietary supplement, take 800 mg (scant 1/3 tsp) once daily, or as directed by your physician.

To avoid the bitter taste, try mixing the powder into smoothies, tea, juice, oatmeal, milk, or a flavored beverage of your choice.

Some side effects may include stomach upset, loss of appetite, headache, vomiting, runny nose, and fatigue.

A natural remedy for killing bacteria, reducing inflammation and boosting your heart health, andrographis knows how to multi-task. Available as a powder or capsule, it’s easy to add this herb to your diet for an overall health boost.