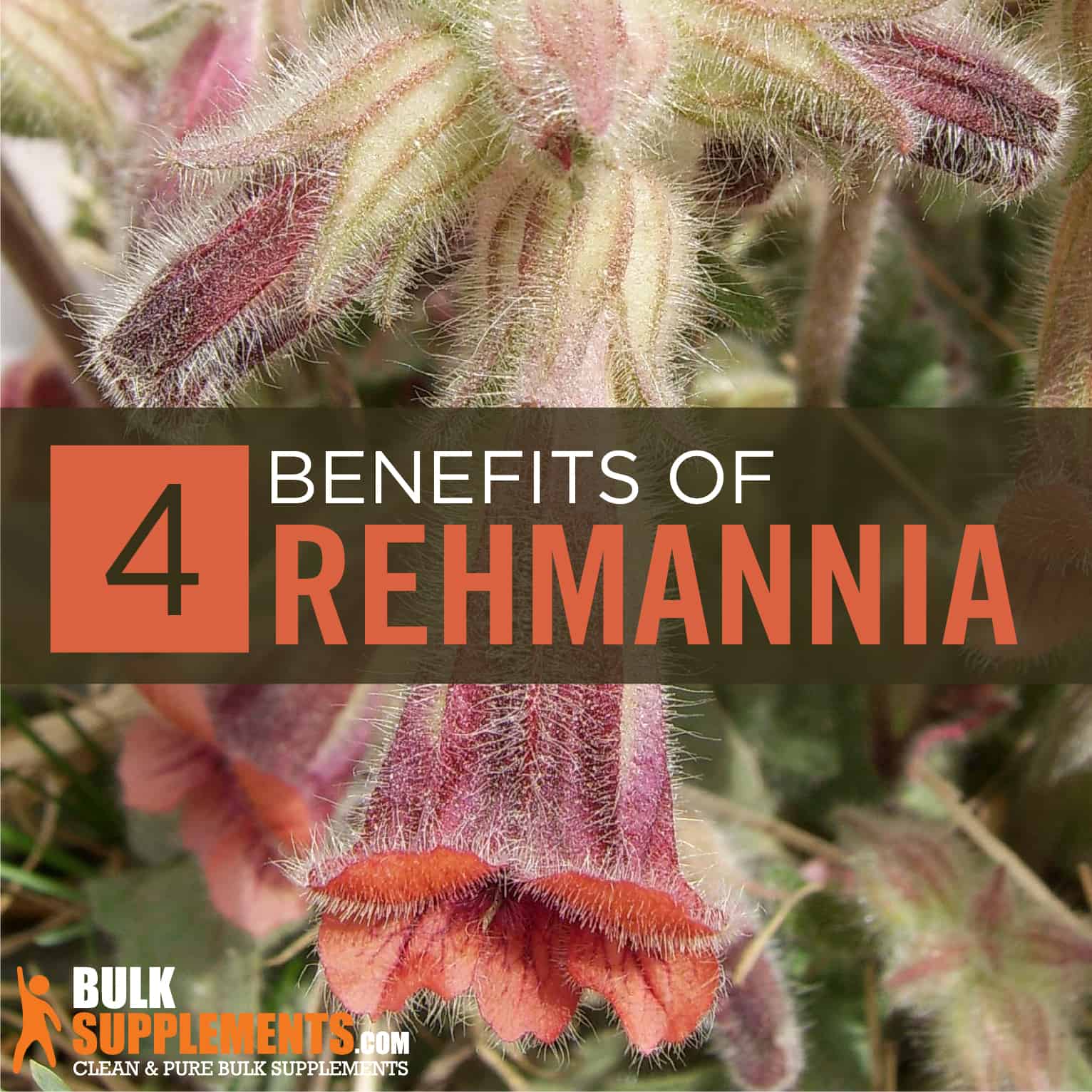 Rehmannia is a plant that is endemic to China. Traditional Chinese medicine (TCM) teaches that it balances the “yin” in your body. According to this school of thought, you must maintain a balance between the “yin” and “yang” (two opposing forces) in your body. If an imbalance occurs, rehmannia root can bring these opposing forces back into equilibrium.

TCM is based on a completely different understanding of the body than Western medicine. It requires a knowledgeable practitioner to evaluate a person’s entire body system. This includes “life energy” or “chi” that, in Western science, isn’t fully acknowledged.

The roots, as well as the parts that grow above ground of the rehmannia plant, are used as a dietary supplement. Can rehmannia powder help you if you’re unsure of the status of your yin and yang, or if you don’t have access to an experienced herbalist? It’s certainly possible. While modern scientific research is limited (but emerging) around rehmannia, some people may benefit from it. One of its most popular uses is to help maintain a healthy metabolism and stable blood sugar. It’s used in many other ways, too, usually combined with other herbs.

This plant contains a compound called geniposide. While not many modern studies exist on rehmannia itself, we do know that geniposide has specific pharmacological effects. It acts as an antioxidant and anti-inflammatory. It also protects neurons and can help prevent damage to specific organs such as the liver, kidneys, pancreas and brain (x).

Metabolic syndrome describes a condition involving a metabolism that doesn’t work optimally. Someone who has this syndrome might have a combination of certain symptoms. These include high blood pressure, high cholesterol, elevated blood sugar and excess fat around the waist. Metabolic syndrome can put a person at higher risk of developing type 2 diabetes. It’s a very common condition effecting up to one third of the U.S. population and its risk increases with age (x). However, it is largely preventable through lifestyle choices.

Rehmannia is a classic remedy for metabolic syndrome and diabetes. In fact, it’s one of the top 10 most prescribed herbs for this purpose in TCM (x). Attempts at quantifying and studying the precise effects of the herb continue to be made. For example, a 2013 study found that a supplement containing rehmannia reduced LDL cholesterol, systolic blood pressure and waist size after 8 weeks (x).

Another study found that the waist size of 12 obese Korean women decreased after eight weeks of consuming steamed rehmannia root. Researchers suspect the herb might work because of its beneficial effect on gut microflora (x). Other research asserts that the herb’s geniposide content is responsible for the anti-diabetic, metabolism-friendly effect (x).

Glumerulonephritis means “inflammation of the glomeruli.” These are the small filters in the kidneys that filter fluids. Some people are just prone to this condition, and some get it as a result of having diabetes.

When the kidney filters aren’t working properly, kidneys can become damaged. As a result, a person can have a buildup of protein in the urine, high blood pressure and swelling (x).

Whether this condition occurs out of the blue or as a result of diabetes, rehmannia can help. For example, irbesartan is a medication that can treat nephritis. An eight-week study showed a combination of rehmannia and irbesartan worked better than just the medication alone (x). Another study demonstrated similar results (x).

In TCM, rehmannia is one of the herbs that many use to help manage osteoarthritis and rheumatoid arthritis. But does it work? Modern research is scarce. In a study, however, 57 women with osteoarthritis of the knee were given either a treatment containing rehmannia or placebo for six weeks. After six weeks, those who received the herbs showed a significant improvement in knee pain and function (x).

Herbal combinations that include rehmannia can help young adults think more quickly (x). It can also be especially useful to protect against mental decline in the elderly. Animal studies show that geniposide protects brain cells against damage caused by having a stroke. In addition, its antioxidant activity may also help prevent the onset of Alzheimer’s disease (x).

Other Possible Benefits of Rehmannia

Studies show a potential for rehmannia-containing herbal formulas to be of benefit in countless ways, including:

Rehmannia Dosage and Side Effects

As a dietary supplement, take 700 mg (scant 1/3 tsp) of rehmannia extract powder three times daily, or as directed by a physician.

As with all supplements, note that rehmannia is by no means a substitute for medical advice. It is always best to talk to a doctor if you are having problems with your health before taking a supplement.

So long as one follows dosage instructions, this supplement should be safe to take by healthy adults. However, pregnant women and those who are nursing should not take this product. Do not take without the approval of a physician if you have diabetes.

Rehmannia is a well-regarded herb in traditional Chinese medicine where it counteracts effects of too much yin. However, western school of thought is very different. After all, how many among us can identify our yin? Rehmannia clearly has the potential to be beneficial and modern research is trying to catch up to what’s been known for centuries. It can help maintain a healthy metabolism, support urinary health, enhance and protect the brain and reduce inflammation.

What are the Benefits of Longjack Extract?