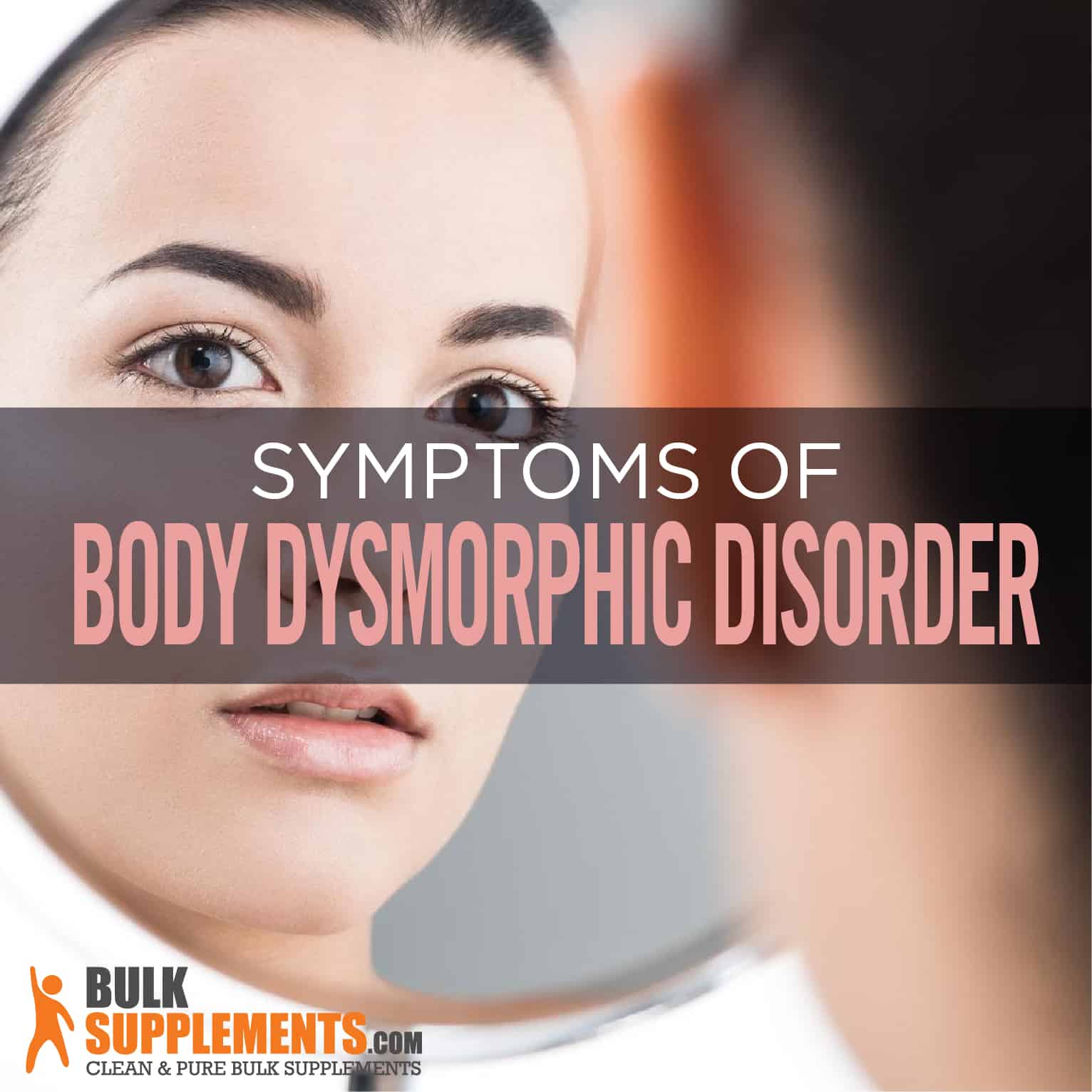 What is Body Dysmorphic Disorder?

Everyone has something about their physical appearance that they aren’t particularly happy about. That is a normal part of being human. Most of the time, however, we just accept these imperfections. Unfortunately, some people aren’t able to dismiss their feelings of imperfection. Body dysmorphic disorder (BDD) is a mental disorder in which those effected compulsively try to mask their imperfections to the point that it interferes with their daily lives.

These imperfections can be real or imagined. Most often, those that suffer from body dysmorphic disorder tend to focus on their nose, skin, hair, chest and stomach, although they can focus on any part of their physical appearance. BDD tends to begin in young people aged 12-13 years old and affects males and females almost equally. Males sometimes develop muscle dysmorphia as well (x).

Those that suffer from body dysmorphic disorder usually show signs and symptoms. They mainly fixate on perceived flaws that cause significant distress in their life. The imperfections they often tend to focus on are complexion, acne, wrinkles, scars, thinning hair, veins visible through skin, breast size and shape, muscle tone and size and shape of genitalia. They believe that they are deformed in some way, yet seek reassurance constantly from others (x).

Sufferers tend to try to hide their focus area with clothing and makeup. They often have an obsession with mirrors and will either check their appearance excessively or avoid mirrors altogether. People with BDD often excessively groom and exercise in an effort to resolve their imperfections. They will usually obsessively compare themselves to others. It is not uncommon for those with BDD to resort to getting cosmetic surgery (x, x).

Those with BDD may also suffer from anxiety disorders, depression, eating disorders or OCD. The distinguishing factor between body dysmorphic disorder and OCD is the specific focus on appearance. While symptoms help those impacted identify the potential problem, an official diagnosis needs to be made by a mental health professional (x).

As with many disorders, long-term complications can occur when a condition is left untreated. Allowing BDD to develop further without proper treatment can lead to major depression and anxiety, which only worsens the symptoms of body dysmorphic disorder. Sufferers may develop suicidal thoughts and behavior with rate of ideations as high as 80 percent (x). Health problems can develop from improper nutrition and infections from skin picking. Development of OCD can occur as well, as can eating disorders. Some may even turn to substance abuse (x).

Treatment of body dysmorphic disorder usually involves a combination of cognitive behavioral therapy (CBT) and medications. CBT helps those with body dysmorphic disorder understand how thoughts affect them and learn how to challenge those thoughts. Off label medication may be prescribed as well (x). However, there are many things one can do on their own to minimize the impact of BDD.

The more information one has about BDD, the easier it will be to treat it. Keeping a diary is an ideal way to learn what triggers symptoms. Take part in healthy amounts of physical activity, but be sure not to exercise excessively. Also resist the urge to use alcohol and drugs (x).

Even though body dysmorphic disorder sufferers tend to avoid social activity, it is important to engage anyway. Becoming isolated can make feelings of dejection worse. Joining a support group can also be helpful for expressing feelings and learning from others that have been through a similar situation. Try reducing stress with meditation, yoga and tai chi. Eating healthy foods and getting sufficient amounts of sleep are also vital to improvement.

There are several supplements that can benefit those with body dysmorphic disorder:

Milk thistle, part of the daisy family, has several health benefits. Sometimes referred to as holy thistle, milk thistle improves skin health, which can particularly help people self-conscious about their skin. This supplement should be taken once per day in doses of 250 mg. If pregnant, breast-feeding or diabetic, consult with healthcare provider before adding it to your regimen. Do not take it if you are allergic to ragweed or other plants in the ragweed family. Side effects include indigestion, nausea, gas and headaches (x).

Inositol works similarly to SSRIs in promoting mental wellness, but as a nutraceutical. Side effects include mild nausea, dizziness, headache and vomiting (x). It should be taken twice per day in doses of 500 mg, or just under ¼ tsp. Do not take if you are pregnant or nursing.

Glycine can greatly improve signs and symptoms of both BDD and OCD and improves cognition (x). It should be taken up to three times per day in doses of 1,000 mg, or ¼ tsp. Those with a history of liver or kidney problems should not take this supplement. Side effects include mild gastrointestinal issues.

Omega-3 fatty acids help benefit mood levels. These softgels are a combination of fish oil, flaxseed oil and evening primrose oil. Three softgels should be taken once or twice daily. Side effects can include minor stomach upset, nausea, bloating and burping. Allergic reactions are rare, but possible (x).

Body dysmorphic disorder is a concerning mental health disorder causing one to obsess over certain aspects of their physical appearance. Left untreated, BDD can lead to a host of long-term complications, including the development of eating disorders, excessive cosmetic surgeries and suicidal ideations. There is hope for those suffering, however, as a combination of mental health treatment and supplements have proven beneficial. To read more about body dysmorphic disorder here is an additional resource at ChoosingTherapy.