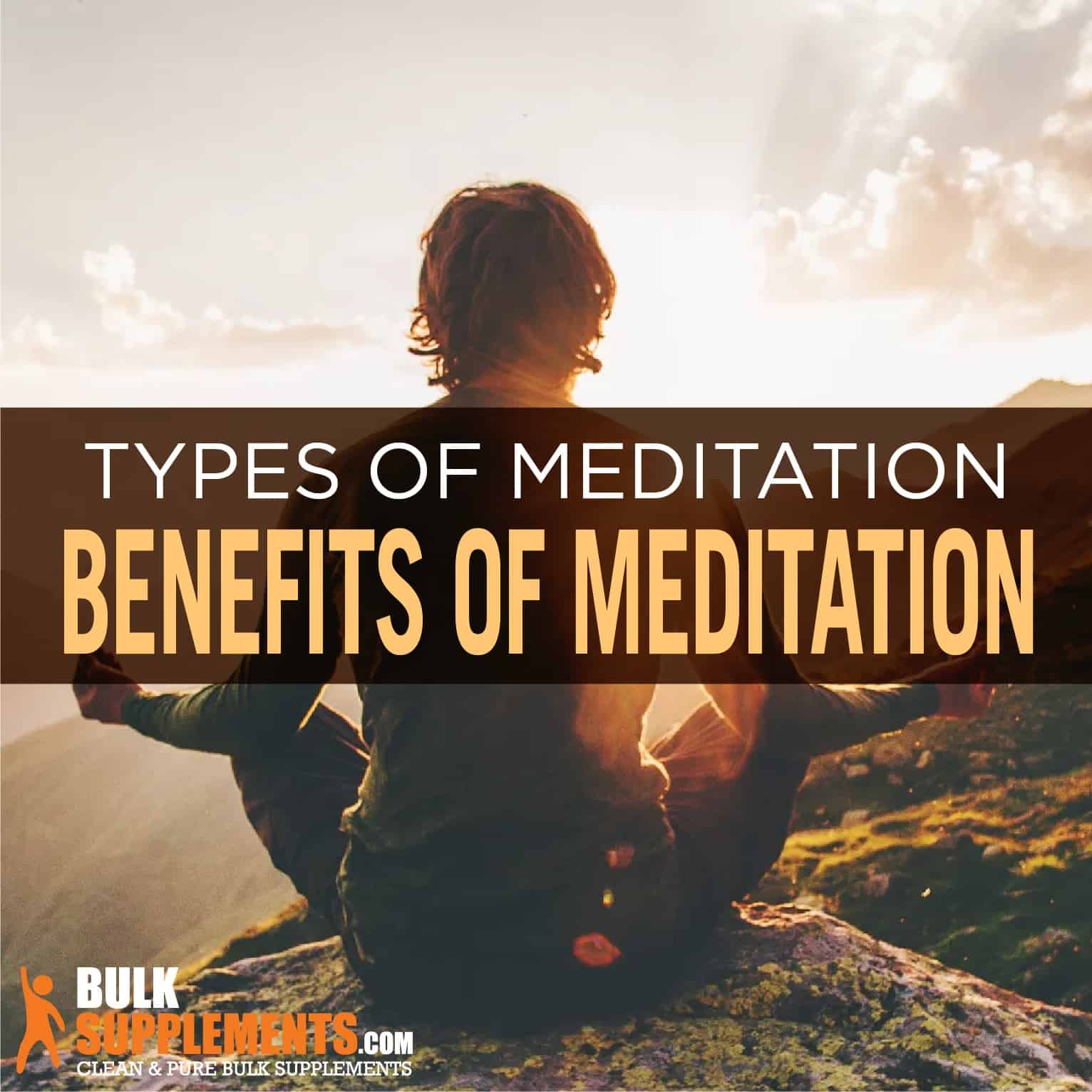 Meditation is a mind and body practice focusing on the interactions between the human brain, mind, body and physical behavior. The practice of meditation means different things to different people. To some, it aids in relieving symptoms of depression. To others, it helps them unwind after a stressful day at work.

Meditation traces back to a variety of countries in Asia. Centuries ago, Buddhists meditated to understand themselves and their connections to the living universe in hopes of releasing their sufferings and gaining enlightenment. Researchers now acknowledge the health benefits of the thousand-year-old Buddhist tradition as it permeates Western culture. In the modern workplace, some companies even incorporate meditation into the workday to increase productivity and reduce stress among employees. One study found that practicing meditation for four days may be enough to increase attention span alone (x). Meditation can help with depression, concentration, sleep, stress and anxiety, blood pressure and pain.

Though mindfulness meditation is one form of meditation, the two terms are often confused. The terms overlap, but are not necessarily interchangeable. Meditation refers to the formal practice of meditation — usually a seated practice involving breathing exercises, mantras and sometimes movements. However, mindfulness refers to paying attention to your thoughts, feelings, behaviors and emotions. Mindfulness is usually part of meditation, but one can be actively mindful, even when he or she is not meditating.

For thousands of years, people have believed in the importance of keeping the chakras in balance to maintain health and well being. Chakra meditation centers around the seven core chakras. The body contains hundreds of chakras, small and large, but seven major points have been identified as crucial. These seven major points include below the spine (root chakra), below the navel (sacral chakra), above the navel (solar plexus chakra), at the center of the cardiovascular system (heart chakra), near the thyroid glands (throat chakra), above the eyebrows (third eye chakra) and on top of the head (crown chakra).

Many people assume you must be still to meditate. However, movement meditation proves effective for people who have trouble sitting still for extended periods of time. Movement meditation relates to mindful practices such as yoga and t’chi. When practicing movement meditation, one should wear loose comfortable clothing. Movement meditation includes mindfully standing, observing the sensations of your body, breathing, arm movements, stretching, rotating your head and shoulders and shaking your arms all while keeping your eyes closed if you are able to maintain balance safely without vision.

Meditation originally started as chants before developing into the Buddist practice of meditation. Mantra meditation uses phrases or mantras to achieve calmness and relaxation. Simply select a word, prayer, poem or phrase for meditation. Avoid using long phrases or disturbing words. Instead, choose words and phrases that are uplifting and can easily be repeated during meditation. The mantra is repeated slowly and steadily during this meditation while sitting comfortably in a chair or on the floor. Mantra meditation also focuses on breathing patterns. The mantra can be mouthed, spoken aloud or thought mentally throughout the meditation.

No one is happy all of the time, but depression is a prolonged feeling of sadness. An estimated 17.3 million adults in the United States have had at least one major depressive episode (x). Depression affects overall mood and can cause a loss of interest or pleasure in daily activities. Other symptoms of depression include changes in sleeping patterns, weight loss, overeating, lack of energy, trouble concentrating and low self-worth. According to studies, meditation not only helps alleviate symptoms of depression, but also works to prevent depression in the first place (x). Meditation helps replace the negative thoughts that cause depressive episodes with positive ones. It even helps people cope with the ups and downs of life in a healthy way.

Increased concentration is one reason workplaces across the country incorporate meditation into their office routines. Modern technology pulls people’s attention in thousands of different directions. It is easy to become distracted and lose concentration. Our minds are lost in thought 47 percent of the time (x). Researchers at the Columbia University Medical Center claim meditating can change the structure and function of the brain through relaxation, which can increase learning concentration and focus. Meditating doesn’t require reserving a large chunk of your time. According to studies, simply setting aside a few minutes a day has been proven to reduce distractions and increase focus (x).

Practicing meditation can help with your quality of sleep. According to one study, it can even help with insomnia, or a sleep disorder that is characterized by difficulty falling and/or staying asleep (x).

In some cases, the holistic practice can replace narcotics. Chronic pain is not only life altering, but prescription drug costs can add up, especially when pain forces people into early retirement. The Medical Expenditure Panel Survey, conducted in 2008, approximated 100 million adults are affected by pain, including joint pain and arthritis. Other studies, discounting joint pain and arthritis, estimate chronic pain prevalence at around 15 percent of American adults (x). Scientists have studied the use of meditation as a treatment for pain. In these studies, meditation has been shown to help pain (x). One study even showed an approximately 40 percent reduction in pain intensity ratings during meditation when compared with non-meditation (x).

Some benefits of meditation can be further enhanced when paired with supplements.

L-theanine is an amino acid found in a variety of plant and mushroom species, and is particularly abundant in green tea. Studies show that L-theanine has a direct effect on the brain. It relaxes the mind without inducing drowsiness. It has a calming effect and may aid in brain function (x). The recommended dose ranges between 100 to 200 mg one to three times daily (x).

Magnolia bark extract has been widely used in traditional Chinese medicine where it is used to treat stress and anxiety disorders (x). The recommended dosage is 1,600 mg daily (x).

Vitamin B12 is a nutrient that helps keep the body’s nerve and blood cells healthy and helps make DNA, the genetic material in all cells. It is also known as the “energy vitamin” because it helps prevent a type of anemia that makes people tired and weak. The recommended dosage is servings of 100 mg or 200 mg once per day (x).

Found in many foods, magnesium is an essential nutrient. It can help with depression and overall feelings of well being. One study showed that magnesium tablets significantly improve depression in just two weeks (x). The recommended dosage 1,300 mg once per day (x).

Taken from the root of the ashwagandha plant, this herbal extract is a natural anti-inflammatory believed to help with joint-related pain and promote good mental health. It has been used for more than 5,000 years in India and Africa to help with stress & anxiety. The recommended dosage 450 mg one to three times daily (x).

Though meditation cannot replace conventional care, it is a low risk practice with many possible rewards and benefits. Just a few minutes a day can lead to a life with less stress and better concentration. With many different forms of meditation, choose the one that best fits your needs and reap the benefits of meditation.