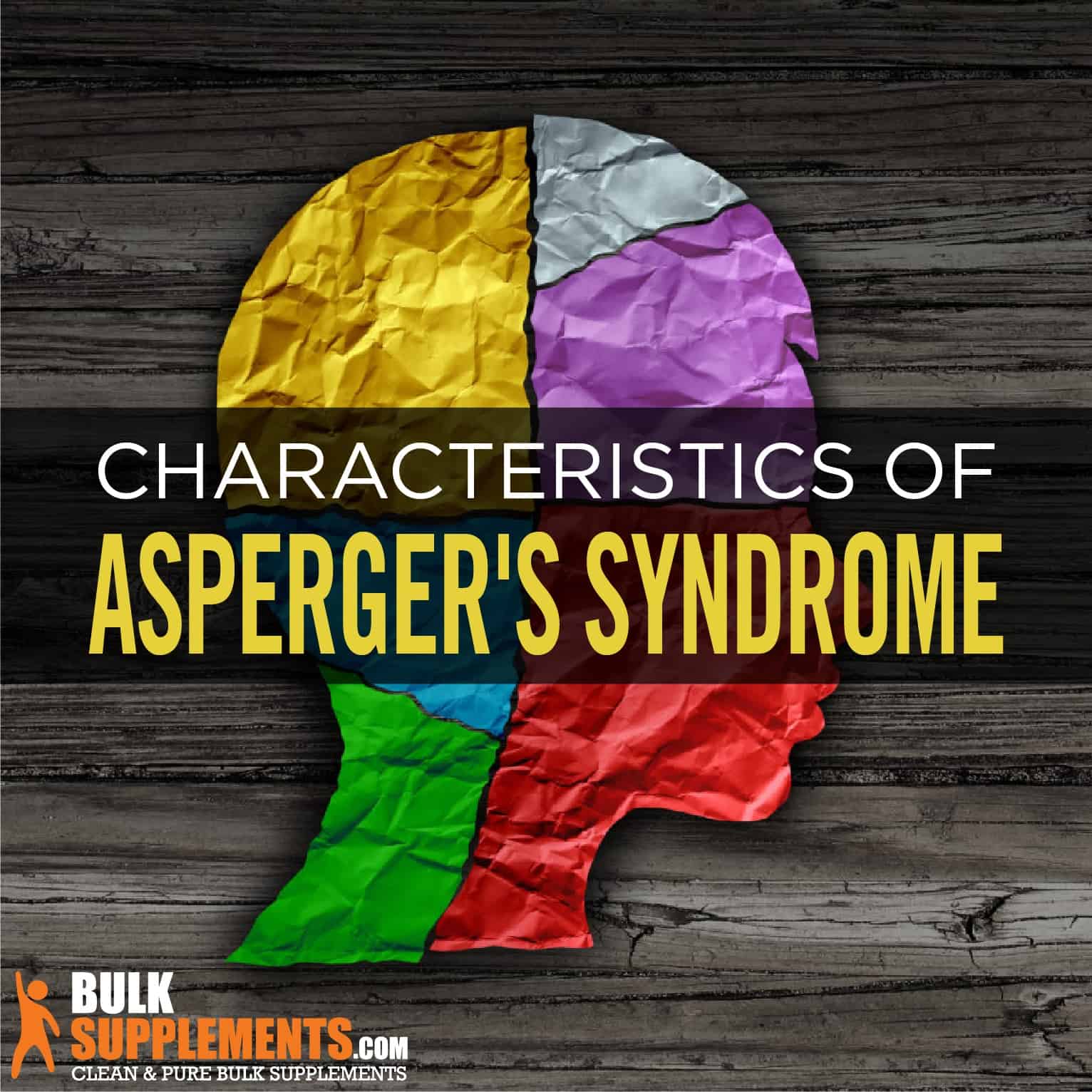 What is Asperger’s Syndrome?

Asperger’s Syndrome (AS) is a developmental, neurobiological condition. It falls under a broader category of conditions called Autism Spectrum Disorder (ASD) (x). It affects a person’s ability to interact socially and communicate, although people with Asperger’s have average or above average intelligence and normal language capabilities (x, x). Some researchers regard AS as a mild form of autism, but the American Psychiatric Association’s Diagnostic and Statistic Manual of Mental Disorders lists it as a separate disorder (x). However, it is under the ASD spectrum (x).

What is Autism Spectrum Disorder (ASD)?

Autism Spectrum Disorder (ASD) is a diagnostic term for a group of developmental disorders that affect how people interact and communicate with others. Some cases of ASD begin earlier in life than others, but typically symptoms develop by age 2 or 3. ASD is a spectrum disorder, meaning that people experience the severity of symptoms differently. Some people may have severe symptoms and others may have mild symptoms (x, x).

ASD begins in early development and lasts throughout the patient’s lifetime. For an accurate diagnosis, symptoms must be present in early childhood, even if they are not recognized until later when speech, language or communication demands exceed the patient’s abilities (x).

ASD is similar to Social Pragmatic Communication Disorder (SCD), which is characterized by difficulties with verbal and nonverbal communication (x). SCD may cause problems with learning and using spoken and written language. It inhibits communication, academic achievement, interpersonal relationships and occupational performance (x).

Autism and AS are both under the ASD category, but there are some significant differences between them. Patients with AS have milder symptoms than those with autism. AS does not cause speech delays. Patients have normal language and cognitive skills, but they may just display different behaviors than other people (x).

Is Asperger’s hereditary? The exact causes of Asperger’s Syndrome are unknown. Autism seems to have some basis in heredity, but research has not successfully identified a precise genetic mechanism. Brain activity patterns in people with AS show pronounced differences from those without it, but research has not found any structural differences (x).

Do Vaccines Cause ASD?

There is no credible or scientific evidence that vaccines have any relationship with Asperger’s Syndrome at all (x). Vaccines do not cause or contribute to AS or any ASD condition (x).

People with Asperger’s Syndrome typically have strong verbal and intellectual skills, which distinguishes AS from other forms of autism. Some characteristics include (x, x, x):

People with Asperger’s Syndrome may have a set of strengths unique to this disorder that separate it from other conditions. People with Asperger’s usually show an intense interest, fascination or fixation on specific topics that may border on obsession. The patient may also have knowledge in categories of information, such as specific statistics or facts (x). They may have an exceptional ability for detailed learning and memory, attention to detail and strong ability to recognize patterns (x).

Asperger’s Syndrome may present challenges, although behaviors vary among patients. Not every person has the same challenges and focusing on unique strengths can help overcome them.

People with Asperger’s disorder have significant difficulties interpreting other people’s mental and emotional states. Recognizing facial expressions, subtle or nuanced phrasing, sarcasm and verbal irony are all very challenging for people with AS. Communication is direct, in ways that may seem very obvious and even blunt. It causes difficulties making small talk, understanding jokes and sarcasm and elevated social anxiety. Interpersonal communication tends to be pragmatic and is only used to give or receive information, not as part of social interaction (x, x, x).

People with Asperger’s Syndrome have difficulties maintaining interpersonal relationships. Patients have a desire to interact and fit in with other people, but often have a difficult time doing so, because they have a harder time picking up on social cues and rules and have restricted interests. There are difficulties relating to and understanding people and showing empathy for other people’s feelings, values and experiences, which may appear as uncaring. It also poses trouble taking part in everyday activities (x, x, x).

People with Asperger’s do well in fact-based, concrete, repetitive tasks that require attention to detail. Jobs that require strong logic and analytic skills are a good match, as well as those that require specialized knowledge. However, people with AS may face social and communication challenges, organizational challenges and sensory challenges (x).

Adolescence is challenging for anyone. With Asperger’s Syndrome, the usual emotional tumult of the teenage years escalates. It is common for AS teenagers to experience depression and anxiety, particularly social anxiety. Teens with Asperger’s are generally immature emotionally and socially compared to kids without AS and they may have trouble socializing and communicating with peers and family. The condition causes a need for routine and familiarity, which may pose challenges when it comes to growing into adulthood and independence. Adolescents with AS and their families should keep these characteristics in mind when navigating the relationship (x).

There are no medications or treatments that directly treat Asperger’s (x). No supplement can “treat” or “cure” the condition, but people who have been diagnosed can have a high quality of life. The key to achieving it is a strong social support system, which may seem ironic given that Asperger’s causes difficulties socializing. However, people with AS are just as capable of affiliation, friendships and love as any other person and need affection and empathy just as much. It’s the manner in which these needs are expressed and responded to that differs, not the essential need itself. Therapy can help patients cope with the condition and overcome challenges:

Fatty acids build up the fat in the body and in food. Omega-3-6-9 fatty acids in combination with phosphatidyl serine works together to help brain cells communicate with one another. Phosphatidyl serine is a chemical that cells use to signal each other and it is usually low in ASD cases. Studies have tested its efficiency in psychosis, ADHD and autism (x). As a dietary supplement, take three omega-3-6-9 softgels once or twice per day. The recommended dosage for phosphatidyl serine powder is 100 mg one to three times a day unless a doctor advises otherwise.

Vitamin B6 and Magnesium

Some studies have shown that people with autism may have trouble producing an enzyme called pyridoxal-5-phosphate (PLP). PLP is essential to produce vital brain chemicals called neurotransmitters that benefit brain function. Studies show that a combination of Vitamin B6 and magnesium may help the effectiveness of PLP (x). As a dietary supplement take 1,600 mg of magnesium glycinate powder once or twice a day with a meal. The recommended dosage for Vitamin B6 powder is 50 mg once or twice a day depending on individual needs or following a physician’s advice.

Behind iron, zinc is the most abundant trace mineral in the body and may benefit mental health. Some studies indicate that people with autism may have smaller amounts of zinc in their bodies than those without it. Supplementation with zinc may help brain functions (x). Take zinc gluconate powder in 225 to 450 mg doses unless a physician recommends a different dosage.

Amino acids help the body get rid of free radicals that cause damage. L-carnitine consists of two of them, lysine and methionine, and helps promote healthy brain function and eliminate free radicals (x, x). As a dietary supplement, take 600 mg of acetyl l-carnitine powder one to three times per day, or as directed by physician.

This supplement has a long history as an antidepressant and anti-inflammatory agent. According to studies, St. John’s Wort may be an effective treatment for depression (x). The recommended dosage for St. John’s Wort is 600 mg one to three times daily, unless a physician recommends against it.

Asperger’s Syndrome (AS) is a developmental, neurological condition that falls under an umbrella term for a category of developmental conditions called Autism Spectrum Disorder (ASD). People with Asperger’s Syndrome face difficulties with communication and socialization, making it difficult to maintain relationships. The condition is also characterized by intense interest in specific things, ability to memorize categorical information and a need for strict routine. People with AS have normal speech and intelligence skills and often have average to above-average IQ.

Researchers have not been able to identify a specific cause for AS. It may be hereditary and patients show different brain activity than those without AS, but there is no apparent structural difference. Contrary to some theories, there is no credible evidence to suggest that vaccine play a role in developing AS or any other ASD condition. There are no treatments, medications or prevention for Asperger’s Syndrome. However, patients can use therapy to cope with the condition and supplements may be able to promote healthy brain function. Supplements are not a replacement for medical care; always consult a doctor before taking any supplements.