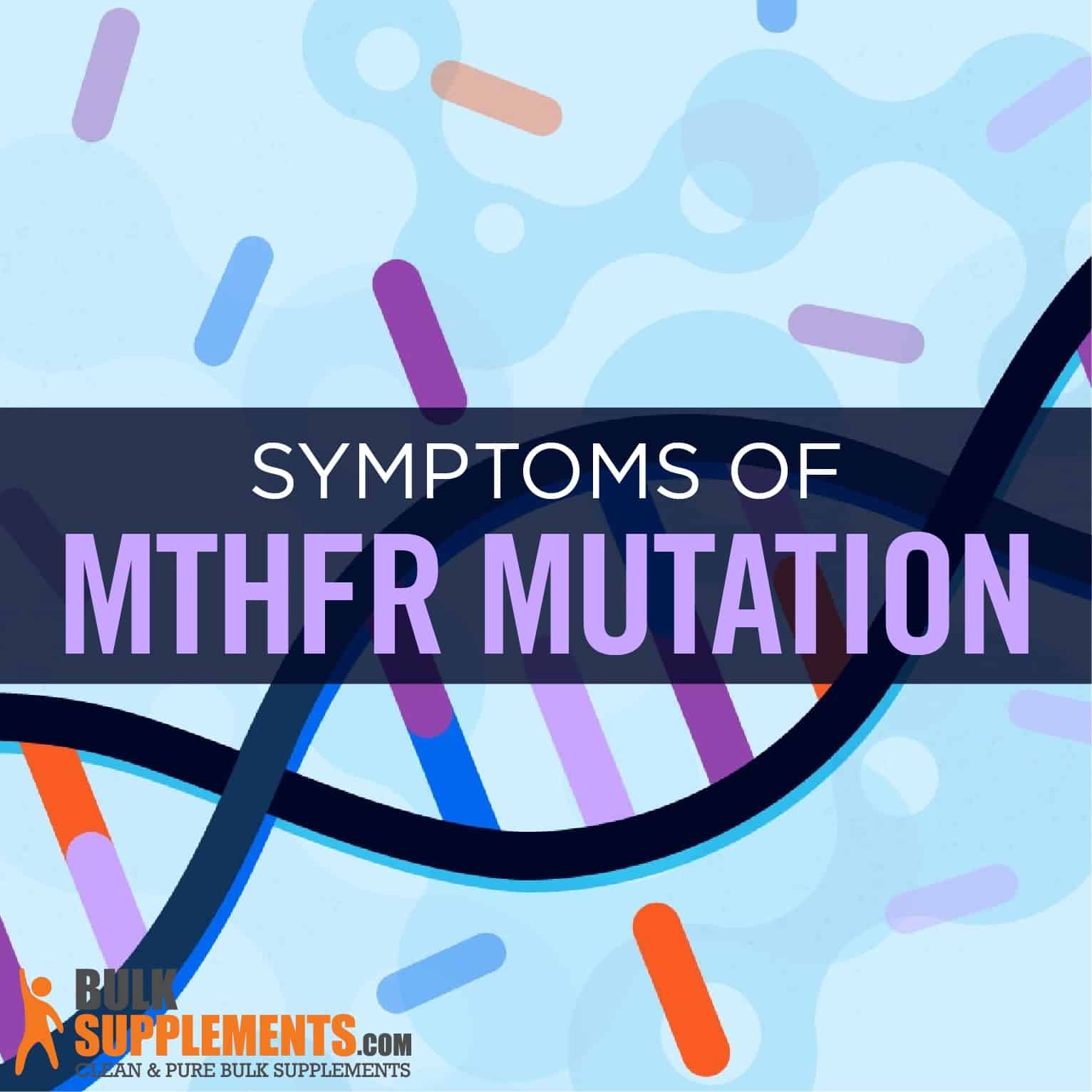 What is an MTHFR Mutation?

Not all MTHFR mutations are similar, and many do not even cause any noticeable side effects. There are two main MTHFR mutations — the C677T and the A1298C mutation. At least one C677T mutation is present in up to 40 percent of Americans. In fact, up to 15 percent of people have two copies of this mutation. Mutant levels of A1298C are also high, with up to 10 percent of the population having two copies of this mutation (x).

It is also possible to have one of both the C677T and A1298C mutations.

The most common is a deficiency of key B vitamins, including riboflavin, B12, B6 and folate. This can cause anemia, which promotes fatigue and lethargy (x). MTHFR mutations can also cause high levels of homocysteine in the blood, which generate a range of cardiovascular symptoms, including high blood pressure (x).

MTHFR mutations can prevent the production of methylfolate. Methylfolate deficiency symptoms can include ADHD, depression, and anxiety, as the body cannot produce enough dopamine and serotonin, two neurotransmitters essential for mental health (x).

In addition, MTHFR mutation symptoms can include repeated miscarriages, as well as migraines after miscarriage.

There are a wide range of causes for mutations in genes. However, MTHFR mutations are inherited, so a mutated copy of the genes was likely inherited from parents. The genetic code has been slightly altered so that your body cannot produce as much methylenetetrahydrofolate reductase.

Lab tests can show if you have MTHFR polymorphism, indicating a slightly higher risk of elevated homocysteine levels. Although you can have this test done without any symptoms, it is commonly only done on people who have already been diagnosed with high homocysteine levels.

There is no way of directly treating MTHFR mutations. However, most of the symptoms commonly associated with the condition can be managed with a variety of therapies.

Methylfolate vitamin supplements are one of the most commonly used treatment options for MTHFR mutation symptoms (x). Other treatments will depend on the specific deficiencies that you have as a result of the condition. These mutations can commonly cause riboflavin and choline deficiencies, as well as elevated homocysteine levels.

You should have your doctor perform a blood test to see if you have low levels of any other key vitamins. They can recommend specific vitamin supplements as needed to correct low levels in your body.

Although there is no cure for MTHFR mutations, there are a number of supplements that can help treat the condition and reduce the severity of symptoms.

Although magnesium alone will not directly treat high homocysteine levels, magnesium may be able to improve heart health by boosting blood flow and reducing high cholesterol and blood pressure (x).

MTHFR mutations have a connection to depleted levels of CoQ10, an enzyme that may play a role in heart health. Taking CoQ10 supplements can return the amount of the enzyme to healthy levels.

MTHFR mutations are a common genetic mutation in up to 40 percent of people in the United States. Although they cause few symptoms in most cases, these mutations can lead to elevated homocysteine levels in others, which can cause heart problems. MTHFR mutations can also cause complications in pregnancy, increasing the risk of birth defects and miscarriages. They may also cause migraine headaches after miscarriages.

Most symptoms are related to high levels of homocysteine and low levels of key B vitamins. Treatment therefore focuses mainly on supplementing with B vitamins and lowering homocysteine in the blood.