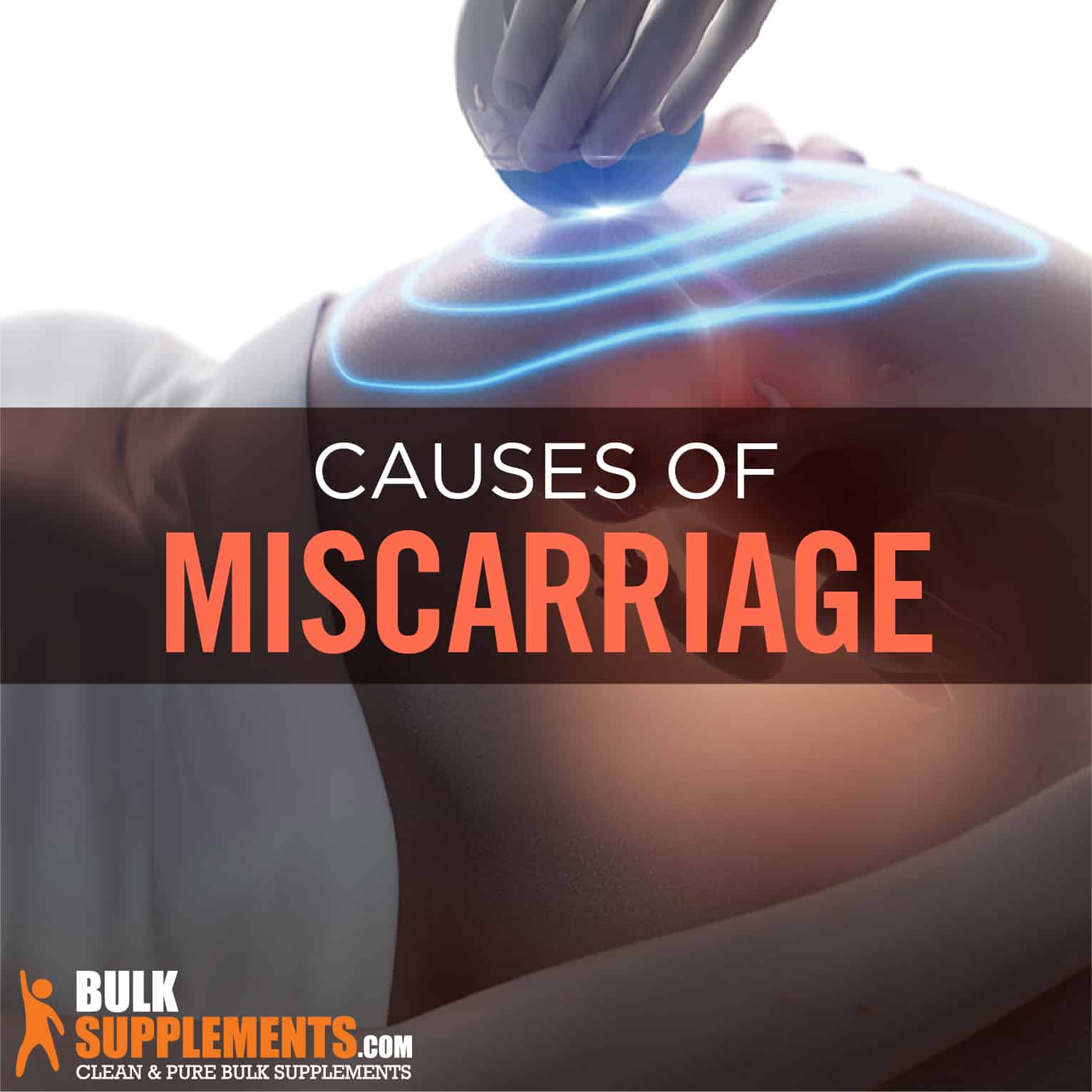 What is a Miscarriage?

A miscarriage is a terminated pregnancy within the first 20 weeks, usually in the first trimester. Miscarriage is one of the most common pregnancy-related concerns. The American College of Obstetricians and Gynecologists (ACOG) estimates that about 15 to 20 percent of pregnancies end in miscarriage (x, x).

In a threatened miscarriage, a woman’s body shows signs that it might miscarry — mild cramps and vaginal bleeding — but the cervix stays closed (x).

The pain and bleeding in a threatened miscarriage may go away and the woman may carry out a healthy pregnancy or it can develop into an inevitable miscarriage. The woman experiences pain and heavy bleeding and the cervix opens, releasing the fetus with the blood (x).

A miscarriage is complete when the uterus is free of pregnancy tissue. The woman may continue to bleed for several days and feel pain as the uterus contracts and tries to empty (x).

An incomplete miscarriage has symptoms similar to other types of miscarriage — pain and bleeding — but in this type, there is still pregnancy tissue in the uterus. A doctor will need to determine if the tissue needs to be removed (x).

A missed miscarriage is when the fetus dies but stays in the uterus. The mother may notice brown discharge and an absence of other pregnancy symptoms, such as tiredness and nausea (x).

Recurrent miscarriages are those that happen more than once (x).

Most miscarriages happen before the first 12 weeks of a pregnancy. In some women, it happens so early that they do not realize they are pregnant before they miscarry. However, there are some warning signs (x, x, x):

Chromosomal abnormalities can lead to:

Also known as an embryonic pregnancy, a blighted ovum happens in the first trimester when the embryo does not form after the fertilized egg attaches to the uterine wall. It often happens before the woman knows she is pregnant (x).

In a molar pregnancy, a tumor grows in the uterus and the placenta cannot supply food and oxygen to the baby. This usually ends in miscarriage and can be dangerous to the woman if it is not treated. Molar pregnancies are sometimes linked to cancerous alterations in the placenta.

Most infections in pregnancy are not dangerous, but some infections can cause damage if they spread to the fetus. Chickenpox, toxoplasmosis and listeriosis increase the risk of pregnancy loss (x).

Also known as incompetent cervix, cervical insufficiency is a condition where a woman’s cervix weakens and begins to open too early and without contractions, as the baby grows and puts more and more pressure on it. It is a rare condition, but it can cause premature birth or miscarriage (x, x).

Uterine conditions are abnormalities within the uterus, potentially causing premature birth or miscarriage. They can be congenital, meaning the abnormalities are present at birth. For some females, the Mullerian ducts fail to develop completely as a fetus and cause problems in the uterus (x).

Women can also develop fibroids in the uterus. They are benign and don’t usually cause problems when they are small, but larger fibroids can cause damage, including miscarriage.

There are various factors that increase the risk of suffering a miscarriage, such as age, weight, maternal health conditions, invasive prenatal tests, previous miscarriages and lifestyle and environmental factors.

An individual is considered obese if their body mass (BMI) is 30 or higher (x). Obesity causes complications that put women at a higher risk for pregnancy loss, including chronic conditions such as gestational diabetes and high blood pressure, but also cesarean births, infections, blood clots and problems breastfeeding. Someone who is underweight is also at risk for pregnancy loss and premature birth, as well as delivering a baby who is underweight (x, x, x, x, x).

A miscarriage during the second trimester — weeks 13 to 24 — is often a result of problems with the mother’s health. Conditions such as diabetes, thyroid disorders and high blood pressure can increase the risk for miscarriage.

High blood pressure increases the chance of preterm delivery, underdevelopment, infant death or preeclampsia, which happens when the placenta detaches from the uterus. Diabetes can be harmful as the baby’s organs develop and thyroid disorders can lead to miscarriage because the woman’s body will produce hormones that interfere with her estrogen function in order to compensate for low thyroid function (x, x, x).

Certain prenatal tests pose a slight risk for miscarriage. For example, amniocentesis takes amniotic fluid from the uterus and chorionic villus sampling takes samples from the placenta to test for health conditions in the fetus. These can potentially cause complications, including miscarriage, but it is very rare and the risk is low (x, x, x, x).

The most common cause of pregnancy loss is chromosomal abnormalities, which may be linked to smoking. Smoking may damage the uterine lining, preventing the egg from implanting or make it difficult for the placenta to get oxygen to the fetus. However, the risk does not only extend to women. Research has discovered chromosomal abnormalities in the sperm of men who smoke heavily (x, x, x).

Consuming any alcohol is dangerous to a developing fetus, but especially excessive amounts on a regular basis can cause a miscarriage (x, x).

Physicians recommend that pregnant women only ingest up to 300 mg of caffeine per day. A meta-analysis published in the European Journal of Epidemiology concluded that excessive caffeine intake is linked to a rise in stillbirths, spontaneous abortion, small gestational age and low birth weight (x, x).

Exposure to certain environmental substances at home or in the workplace can put a pregnancy at risk for miscarriage including:

Doctors perform several tests to diagnose the signs of a miscarriage (x, x):

It is not possible to prevent all miscarriages, but you can take steps to maintain a healthy pregnancy (x).

Native to South America, maca root is an herb that benefits energy and women’s health. As a dietary supplement, take 1,000 mg three times a day.

This supplement contains pure concentrated folic acid. The recommended dosage is 500 to 1,000 mcg, without exceeding 1,000 mcg under any circumstances. Pregnant women should take 300 to 400 mcg daily.

Found in cauliflower and broccoli, diindolylmethane occurs in the breakdown of glucobrassicin. The suggested serving is 100 or 200 mg either once or twice per day, depending on the intended effect. Use a milligram scale for accurate measurement.

Native to tropical areas, wild yam promotes heart and digestive health. As a dietary supplement, take 400 mg once or twice per day.

Miscarriage is an unintentional or unexpected loss of a pregnancy before 20 weeks. At least 20 percent of all pregnancies end in miscarriage, sometimes before the mother realizes she is pregnant.

Warning signs depend on how far the pregnancy has progressed but usually include bleeding, cramping and passing tissue. Miscarriage is not completely preventable, but certain behaviors help maintain a healthy pregnancy — a well balanced diet, healthy body weight and prenatal vitamins and supplements.