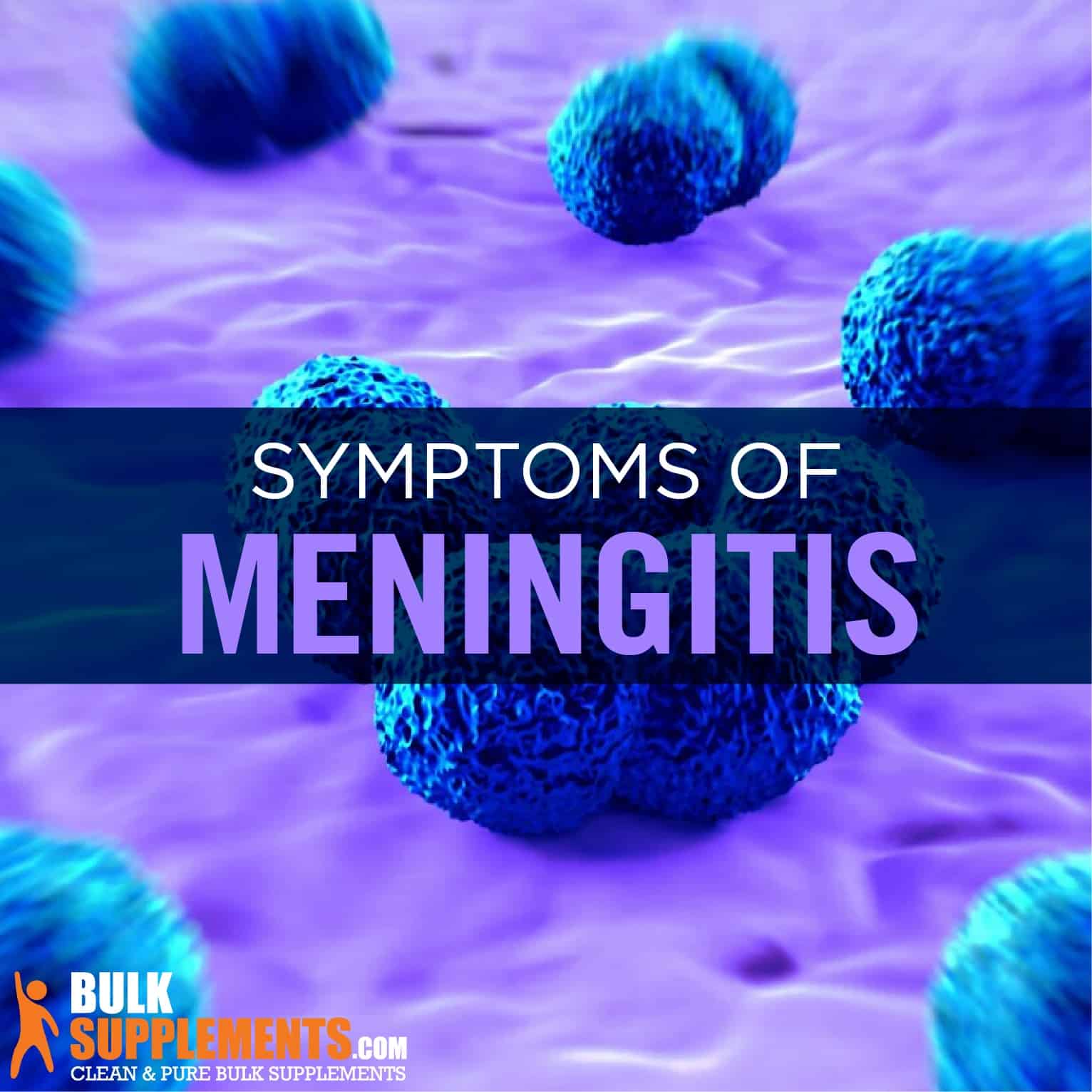 Meningitis is a rare infection characterized by inflammation of the membranes (meninges) surrounding the brain and spinal cord. The causes of this condition are usually infections resulting from viruses (the most common type), bacteria and other organisms like parasites and fungi. It can also occur due to certain illnesses and medications. Knowing the cause of meningitis is important because treatment procedures also differ. People of all ages can develop the condition, although different types tend to affect different age groups (x).

Meningitis often leads to dysfunction of the meninges, as well as cerebrospinal fluid (CSF), which is the fluid that protects the structures of the central nervous system.

Meninges are the three membranes (the dura mater, arachnoid and pia mater) that surround the skull and vertebral canal and enclose the brain and spinal cord. The meninges, together with cerebrospinal fluid, play a vital role as the brain’s protectors. Next, they create a barrier that helps to keep away germs or any traumatic process from directly affecting the brain.

The swelling from meningitis causes symptoms like fever, stiff neck, vomiting and headaches. The symptoms are less specific in infants and may include fever, poor feeding, irritability and tiredness. Early in the disease, the initial symptoms can be similar to those of the flu.

Meningitis can be life-threatening and does classify as a medical emergency (x). Anyone experiencing symptoms of meningitis should seek medical attention immediately.

This is the most common form. It’s often mild and usually clears on its own without causing any major problems. Most people recover from viral meningitis without any treatment. Children less than one month old are at a higher risk of severe viral meningitis due to their weakened immune systems (x).

Most cases in the U.S. are caused by a group of viruses known as enteroviruses, which are very common in early fall and late summer when these viruses spread most often (x). However, only a few individuals infected with these viruses will actually develop meningitis. Other viruses that can cause the condition include measles virus, herpes simplex viruses, influenza virus and West Nile virus.

Young patients less than 5 years old and individuals with a weak immune system due to diseases and medications like chemotherapy are at a greater risk of developing this condition (x).

This form is rare, but can be fatal if not treated promptly. It develops when bacteria enters the bloodstream and travels all the way to the brain and spinal cord; thus, the bacteria causes acute bacterial meningitis. This form can also occur from direct invasion of the meninges exclusively by bacteria as a result of a skull fracture, surgery or an ear or sinus infection. Bacterial meningitis can be severe and life-threatening and easily spreads between individuals with close contact.

Between 2003 and 2007, bacterial meningitis was responsible for around 4,100 cases and 500 deaths on average in the United States each year (x).

Babies are at a higher risk of developing bacterial meningitis compared to other age groups. Other people at a higher risk are travelers, people living in a community setting and those taking medications or undergoing surgical procedures (x, x).

This form of meningitis is rare and spreads through breathing fungal spores in the air that travel through the blood to the spinal cord. Anyone can develop this form, but people with cancer or an HIV infection are more prone.

Cryptococcus is the most common cause of fungal meningitis in people with weakened immune systems and one of the leading causes of the condition in Africa (x).

This form is much less common than both bacterial and viral meningitis. Naegleria fowleri is a type of parasite found all over the world, though it only rarely causes meningitis. It invades the body through the nose and travels all the way to the brain. It is commonly found in warm freshwater sources like hot springs, lakes and rivers. One can encounter this parasite by swimming in hot tubs that use water heaters or contaminated swimming pools.

This form does not spread from person to person. Rather, it’s caused by brain injury, certain drugs, cancers, inflammation, chemical irritation and lupus (x).

Meningitis is an infection of the meninges, the membranes that surround and protect the brain and spinal cord; in contrast, encephalitis is inflammation of the brain itself (x). Causes of both meningitis and encephalitis involve parasites, fungus, viruses and bacteria.

Symptoms of encephalitis include seizures, sudden severe dementia, muscle weakness, and loss of consciousness. These symptoms might require emergency treatment. Other symptoms include vomiting, stiff neck and back, drowsiness, headache, vomiting and sudden fever. In more severe cases, an individual might have difficulties with speech and hearing, hallucinations and vision problems.

Symptoms of meningitis that may appear suddenly often include nausea, high fever, severe headache, stiff neck and changes in behavior like sleepiness, confusion and difficulties waking.

An individual with any symptoms of encephalitis or meningitis should seek medical attention immediately. Antibiotics for most forms of it can help lower the risk of people dying from the disease. People with encephalitis are usually hospitalized for treatment. Those with breathing problems may need artificial respiration (x).

The viral infections that most commonly cause viral meningitis include (x):

These viruses cause bacterial meningitis and they include:

They cause fungal meningitis. Fungal infections are caused by fungus like:

The risk factors for any form of meningitis include:

People of all ages can develop this condition. Most cases of bacterial meningitis occur in people under 20 years old while viral meningitis is common in children younger than 5 years of age.

Pregnant women are at a higher risk of listeriosis — an infection that results from listeria bacteria, which can also cause it. It also increases the risk of premature births and miscarriages.

Living in or near close quarters where illnesses can easily spread like campuses, boarding schools, and nursing homes.

Recovering from surgeries, especially those that involve incisions in the head or skull, can cause the condition. People with diabetes, AIDS, alcoholism and those under immunosuppressant medication at a higher risk should they undergo surgery.

Meningitis is a medical emergency that requires prompt evaluation at a hospital to determine the type of treatment. Antibiotics and antiviral medications are immediate considerations in cases of acute meningitis. Anticonvulsants can prevent and treat seizures, a typical side effect of inflammation of the brain. Corticosteroids are sometimes administered to reduce brain swelling. Sedatives also help to reduce restlessness and irritability. In cases where the condition causes high CSF pressure, a CFS shunt can measure and relieve the pressure.

Meningitis is an infection characterized by inflammation of the meninges, membranes that surround the brain and spinal cord. Some symptoms include high fever, sudden headaches, neck pain, stiffness and vomiting. Causes of the condition include bacterial infections, fungal and parasitic infections and viral infections. Treatment varies and depends on the type of meningitis. Procedures include intravenous fluids, antibiotics and surgery in rare cases.