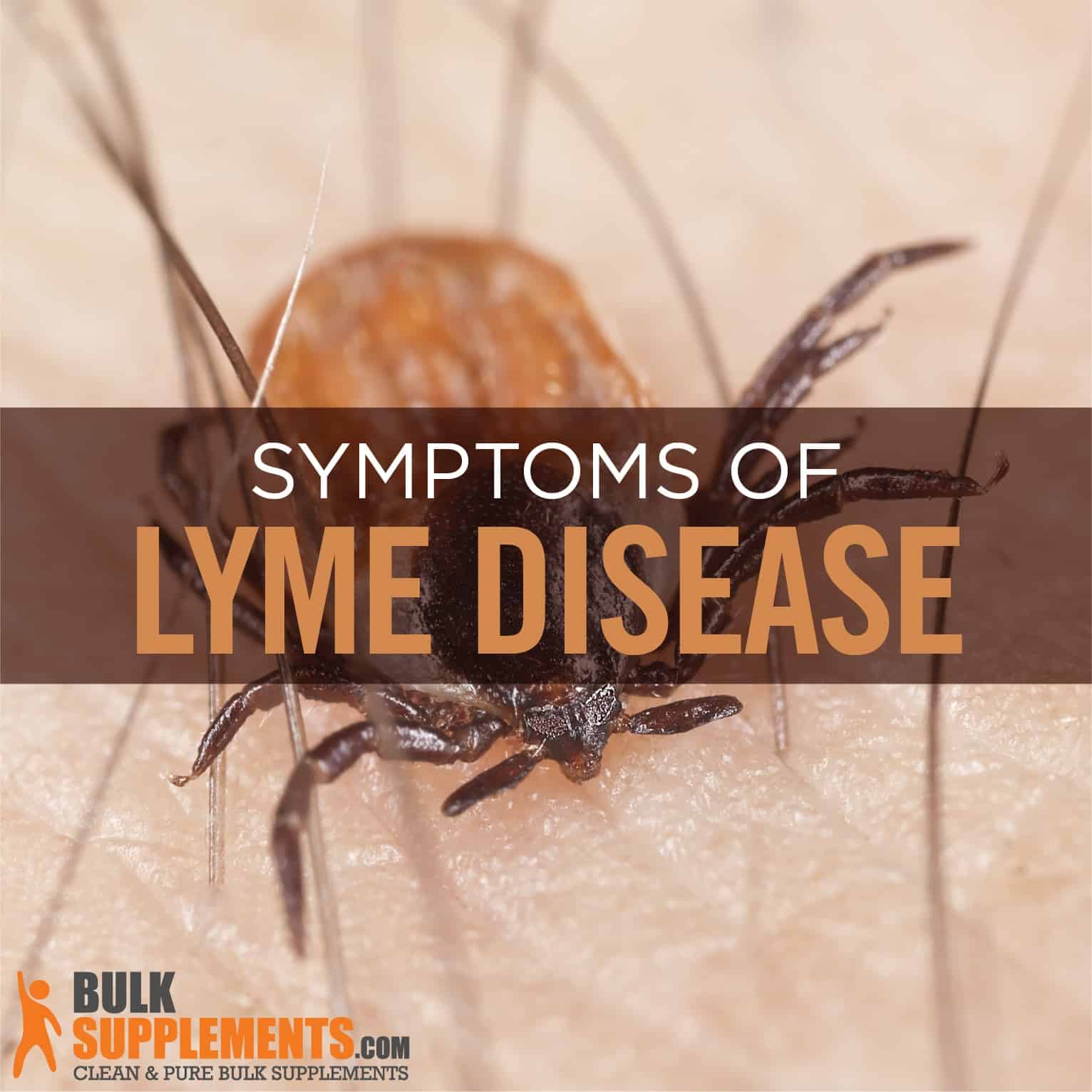 What is Lyme Disease?

Lyme disease is a severe condition that’s transmitted to human beings by deer ticks (blacklegged ticks). It’s also known as borreliosis. The tick infects humans with the bacterium known as Borrelia burgdorferi, which the tick catches when it bites the deer or mice bearing it. A rash can appear at first, but it can diminish without treatment. However, the patient can ultimately develop issues with the heart, nervous system and joints (x).

Lyme disease (borreliosis) is the top infectious condition in the United States. The first reported case of Lyme disease in the U.S. occurred in Old Lyme, Connecticut in 1977 (x). The CDC reported 28,453 possible Lyme disease cases in 2015, which equates to around 9 cases out of every 100,000 people (x). Geographically, Pennsylvania reported the highest number of confirmed cases — 7,351 in total. The Upper Midwest, New England and Mid-Atlantic are the areas most susceptible to ticks that may transmit Lyme disease (x).

Early Lyme disease symptoms tend to be very mild. Some people might not have any symptoms, or may think they’ve contracted the flu. After the early stages, further symptoms occur. Symptoms may go away, but the disease may affect the body in various ways many years later.

In the early phase of Lyme disease, a rash called erythema migraines (EM) develops within 3-30 days of infection, or an average of about seven days (x). Erythema migraines impact 70-80 percent of persons who have Lyme disease. The rash also exhibits the following traits:

The rash can be less noticeable on darker skin.

After roughly four weeks, the rash will typically go away even without treatment. However, other symptoms may occur within days to months of being bitten. These include (x):

These symptoms may disappear without treatment within weeks to months, but the individual may eventually suffer further complications. If you suspect you have Lyme disease, seek medical treatment right away. Early treatment is advisable.

Also called late Lyme disease, late disseminated Lyme disease can be the first indication of infection in some individuals. Symptoms can appear within weeks to even years after the first infection if the individual hasn’t received treatment, or if antibiotics haven’t been fully effective (x).

Some patients may have these signs as the first indication of illness. They may involve issues with the heart and nervous system. The individual may have the following:

About 60 percent of untreated people will suffer recurrent episodes of arthritis plus severe joint swelling, particularly in the major joints (x).

Young ticks are known as nymphs and collect bacteria when they suck blood from small rodents like mice, infected with Borrelia burgdorferi. You can contract the disease if you’re bitten by an infected deer tick.

Risk factors for this condition include:

Important facts about Lyme disease and tick bites include (x):

Lyme disease is usually treated with antibiotics, but the stage of the disease one has determines the kind of antibiotic used. After removing a blacklegged tick that’s been attached to your body for not less than 36 hours, there is a 72-hour period during which your physician can give a dose of doxycycline antibiotic to prevent the onset of Lyme disease (x). This antibiotic is prescribed to anyone over 8 years old, except pregnant women.

If you’ve already got stage 1 or stage 2 Lyme disease with no significant symptoms except the characteristic bull’s eye rash, your doctor will almost certainly treat you with oral amoxicillin, cefuroxime or doxycycline for 14-21 days.

But if you’ve got nerve problems or meningitis from stage 1 Lyme disease, you’ll need to take ceftriaxone intravenously for 14 days (x).

Stage 3 Lyme disease is treated with a variety of antibiotics, too:

Common side effects of most antibiotics include digestive problems such as diarrhea, vomiting and nausea. Allergic reactions can occur, too, especially with medicines derived from sulfa or penicillin.

Antibiotics may interact with some drugs, so let your doctor know about any medicines you’re taking.

What Can You Do if You Get a Tick Bite?

If you suffer a tick bite, here are steps to take to remove it (x):

These supplements can help boost your immune system and treat Lyme disease naturally. Be sure to consult your doctor before using any of them.

Cordyceps is a nutritious mushroom that fights aging and boosts athletic performance. It contains no additives or fillers. Take 1,500 milligrams of this dietary supplement, 2-3 times a day, or as recommended by a doctor.

Thiamine (vitamin B1) may boost energy, help with weight management and promote immune and heart health. It may also enrich mood, focus and memory. You should take up to 100 milligrams of thiamine HCL powder daily, depending on your doctor’s recommendation or intended effect.

L-arginine is a potent amino acid that supports healthy joints, skin and heart function. It may also improve athletic endurance. The suggested dosage for L-arginine base powder is 750 milligrams, taken thrice a day without meals. But individual needs might vary.

Nattokinase may benefit heart health and promote strong bones. It’s extracted from natto, a Japanese food derived from soybeans. It’s recommend that you take 100 milligrams of pure nattokinase powder 1-3 times daily, depending on your preferred effect.

Acetyl-carnitine may be able to provide various benefits that promote overall mental health. It’s an antioxidant too. Take ALCAR in doses of 600 milligrams, 1-3 times daily, depending on your intended effect.

Lyme disease is transmitted through the bite of deer ticks. The risk of developing this bacterial infection normally depends on the tick species that bites a person and how long the tick stayed on the body of the individual. A deer tick must stay on your body for 24-36 hours to pass Lyme disease on to you.

Lyme disease may cause a wide variety of symptoms, based on the phase of infection. Symptoms include arthritis, facial paralysis, rash, fever, as well as tingling, numbness and pain. Seek medical treatment if you exhibit any of the above symptoms and have been bitten by a tick, have recently visited a place where Lyme disease develops or live in an area prone to Lyme disease (x).

Borrelia burgdorferi refers to the bacteria that bring on Lyme disease. People typically contract the disease through a bite from an infected deer tick, which sucks on the blood of mammals, reptiles, birds and amphibians. You can get a tick bite when walking through shrubs or tall grasses. Lyme disease doesn’t spread through person-to-person contact (x).

When diagnosed early, Lyme disease may be successfully treated with antibiotics. Commonly used antibiotics are taken orally and include doxycycline, cefuroxime axetil, or amoxicillin. People with heart or nerve issues may require intravenous treatment with penicillin or ceftriaxone.