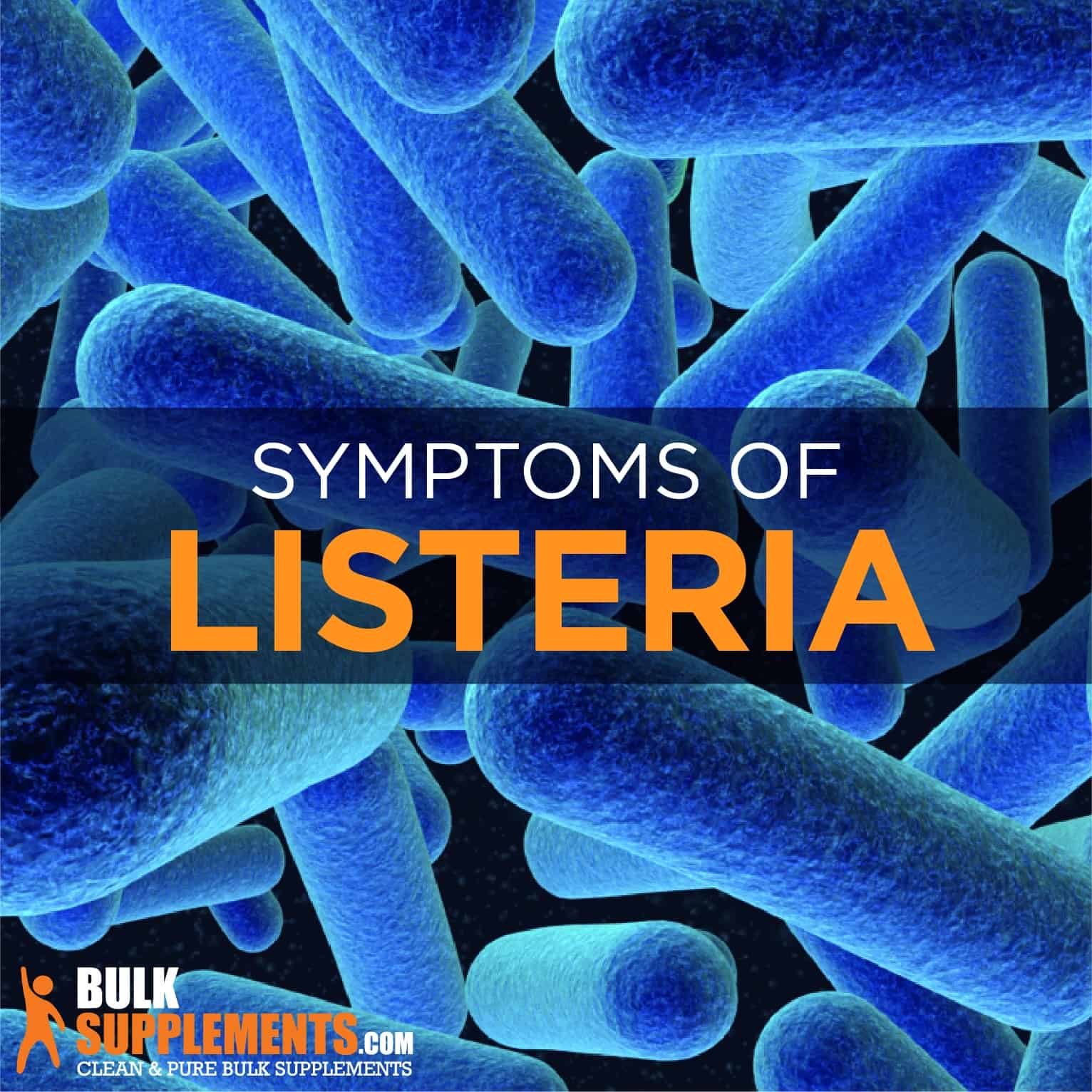 Listeria is a food-borne infection caused by the Listeria monocytogenes bacteria, which is responsible for approximately 1,600 illnesses per year (20 to 30 percent of which are fatal) (x). Sometimes those who contract the infection may never notice it. However, high-risk infected individuals may suffer from severe consequences and mortality rates are particularly high.

Listeria infection is most common in pregnant women, newborns, the elderly and anyone with a weakened immune system. Not only are pregnant women far more likely to contract listeria, but they are also the only ones most likely to have severe cases.

The infection from listeria can be passed to the unborn child in the womb and cause miscarriages, stillbirth and preterm labor. To avoid listeria, it is important that pregnant women are mindful of the foods to avoid during pregnancy.

Listeria leads to listeriosis, septicemia and meningitis. In the brain, it can also cause paralysis and tremors, encephalitis and meningoencephalitis. Although some cases of listeria can go unnoticed, it is important to seek medical attention if you experience muscle pain, flu-like symptoms, nausea, diarrhea or stiff neck.

It if often recommended that pregnant women avoid foods such as preserved meat, deli meat, sushi, smoked salmon and some cheeses.

Fever is the most common symptom of listeria infection. This is no surprise since a fever is the body’s primary way of fighting off infection. Fever is also associated with headache and nausea. At least one of the symptoms will be present with listeria (x).

A feeling of general nausea is common with listeria infection. The reason for nausea and other symptoms is due to direct invasion of bacterial protein with E-cadherin on the host cell. This also causes headache and diarrhea (x).

Listeria commonly affects the gastrointestinal system, thus causing diarrhea. The diarrhea is typically watery, but not bloody, with at least 10 to 12 stools in 24 hours. Bloody diarrhea is present in approximately 3 percent of cases. If you experience bloody diarrhea, contact your primary care physician as soon as possible (x).

After you’ve had all the gastrointestinal issues, chances are your joints and muscles may begin to ache as well. Listeria consumed in large amounts will typically show symptoms after 24 hours and last for at least two days (x).

However, in the rarest cases or for those with an already weakened immune system, some more serious symptoms may be present. These symptoms include confusion, stiff neck, tremors, convulsions and loss of balance.

The most common cause of listeria infection is the consumption of the Listeria monocytogenes bacteria. This is an intracellular pathogen which has been named the most common causative organism in several outbreaks of foodborne disease. The listeria bacteria have the ability to multiply within host phagocytic cells and spread quickly from cell to cell, hence its quick incubation period. Listeria bacteria is commonly found in meat, poultry and seafood products (x).

Although listeria is commonly associated with meat products, it has also been found in raw unpasteurized milk. In milk, listeria monocytogenes can survive in a range of temperatures and pH levels, which makes it highly common. This includes all types of raw milk such as cow, sheep and goat milk (x).

Contaminated vegetables are becoming an increasingly common cause of listeria. This is especially true of vegetables without thermal processing. Vegetables typically become contaminated when they come into contact with contaminated soil, manure or irrigation water. The recent rise in listeria outbreaks has led to further improvements in the cleaning and decontamination of vegetables (x).

Contaminated meat, especially deli meat, is a common cause of listeria. In 2015, there were 270 deaths related to listeria-contaminated meat. The listeria bacteria are commonly found in slaughterhouses, deli meat factories and other meat retail locations, which is why cross-contamination is common. In order to prevent contamination, food handlers should improve their hygienic routines (x).

Processed foods like processed deli meats are yet another cause of listeria.

Individuals who work with processed foods should be vigilant against the bacteria by ensuring that work stations are thoroughly clean (x).

The causes above are the most common producers of listeria, however there are others associated with low immune system and old age.

Coconut water is a highly effective natural remedy for listeria because it is high in electrolytes. When the body is losing electrolytes due to diarrhea it is easy to become dehydrated. Drinking coconut water can restore electrolytes and keep the body hydrated. There is no recommended dosage for coconut water, but you should always consult your doctor before taking even natural supplements (x).

You can add 1 tbs of coconut powder or as desired to water, or smoothies, to help stay hydrated (x).

Garlic’s antimicrobial effects are incredibly useful when the body is fighting infection. When it comes to food-borne pathogens such as listeria, garlic is able to decrease inhibition by 80 percent. Garlic can also preserve processed food and stop the spread of contamination in the first place.

The recommended dosage of garlic is 170 mg to 1 g three to four times daily (x).

Ginger is often used to help soothe the stomach. Use caution when self-treating and talk to your doctor before adding anything to your diet while ill. You can take up to 1,000 mg of ginger root extract once a day; take with a large glass of water to avoid heart burn (x).

Apple cider vinegar is widely used for internal benefits within the body. In the case of listeria however, apple cider vinegar powder is used externally as a means to wash contaminated vegetables. This method is proven to be highly effective for washing food-borne pathogens including listeria and E. Coli (x).

For a typical person (not a pregnant woman), listeria is essentially a really bad case of food poisoning with a scientific name. The traditional recommended diet for those with severe stomach upset is the BRAT diet which stands for:

These bland foods are ideal anytime you experience vomiting, nausea or diarrhea because they pass easily though the system. Additionally, several of these foods have a high-water content which can help keep a person hydrated (x).

However, doctors recommend to return to a normal diet as soon as possible.

An individual with listeriosis will become dehydrated through diarrhea and vomiting. Drinking as much water as possible can alleviate these symptoms.

It is very important to stay hydrated when suffering an infection like food poisoning or listeria. Dehydration itself can have highly damaging effects in itself.

A few tips for cleaning and handling your food include:

For pregnant women, prevention is even more important. Deli meats and unpasteurized milk should be completely avoided during pregnancy. If you have a weakened immune system, this is also a good recommendation.

While listeria can pass unnoticed, it can also cause a severe infection which can even be fatal. It is especially common in pregnant women who may have the most serious consequences such as miscarriage, stillbirth and preterm labor.

In general, take caution when consuming certain foods and wash raw produce thoroughly. In doing so, you might just successfully prevent a really bad case of food poisoning.