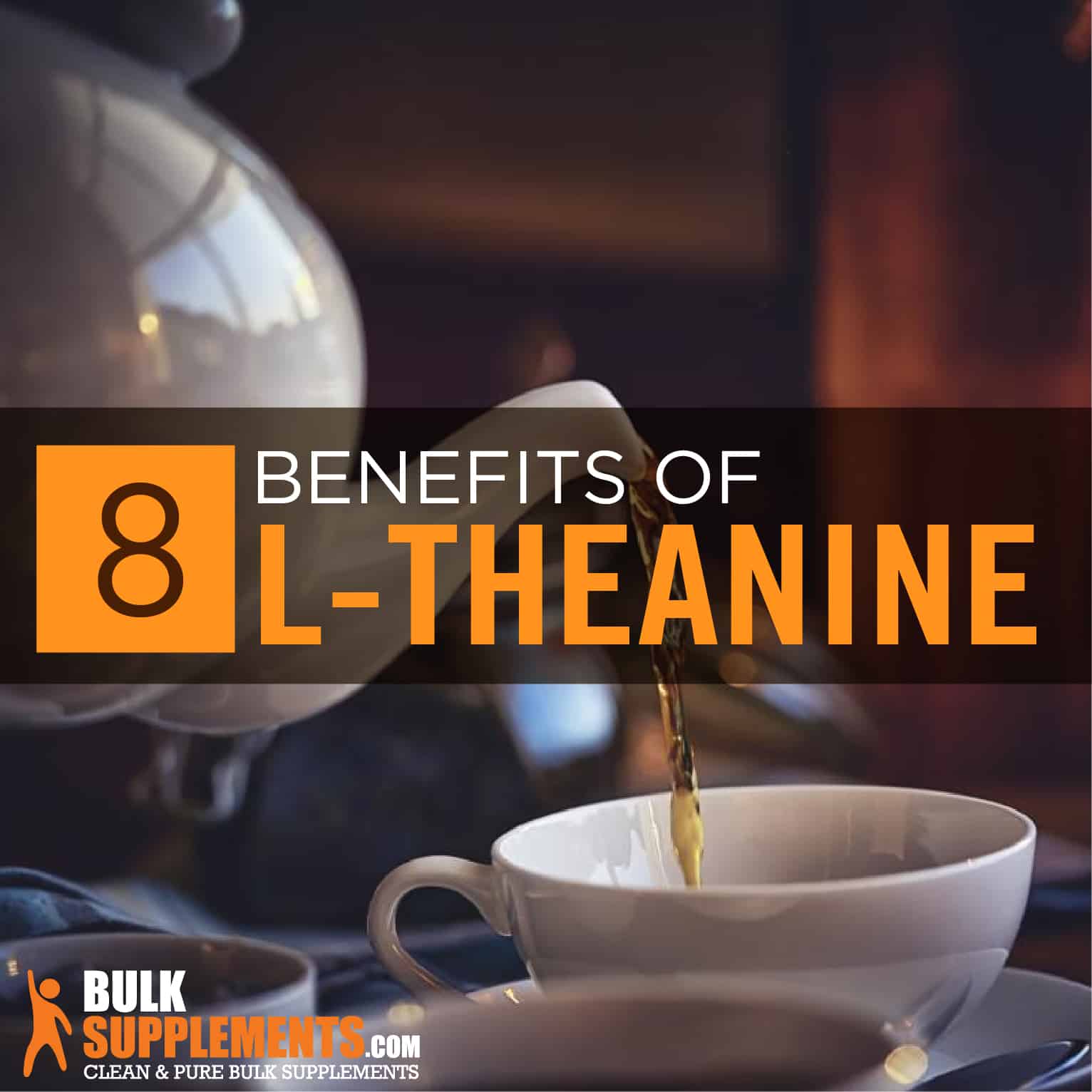 If you’ve enjoyed a cup of tea lately, you may have gotten part of your daily dose of L-theanine.

The most common dietary way to gain more of this amino acid is through tea — particularly green tea. Also found in a specific type of mushroom, L-theanine exudes a savory taste called “umami” that many people enjoy. It’s also used in Japan as a way to reduce the bitterness in certain foods, such as grapefruit or chocolate.

L-theanine was discovered in 1949 by Japanese scientists. Since that time, it has been showing scientists more of its unique properties and beneficial qualities. Studies show that its umami taste may stimulate metabolism, therefore creating a decrease in the risk for obesity. L-theanine has a talent for boosting brain chemicals, reducing anxiety, lowering blood pressure and encouraging a better night’s sleep.

L-theanine is naturally present in the human body; a non-protein amino acid that helps deliver nerve impulses to the brain. It derives its existence from natural glutamine, and it also shares some of its effects. L-theanine boosts calming brain chemicals, which include:

These neurotransmitters orchestrate productive sleep, alertness, mood, energy, appetite, focus and other cognitive functions. L-theanine is responsible for heightening their levels, promoting the kind of relaxation found in… well, a good cup of tea.

Besides this, L-theanine also reduces the excitatory, stress and anxiety-producing brain chemicals (x). These include:

Alpha brain waves are the elements that are circulating around in your head when you are being creative, meditating, daydreaming or experiencing REM sleep. L-theanine triggers these alpha brain waves, promoting relaxation. L-theanine relaxes without a sleepy, sedated feeling or a crash later in the day.

L-theanine is an anxiety and stress reducer — it can lower heart rate and blood pressure (x). According to a study in 2016, several participants divided into groups consumed a drink containing 200 mg of L-theanine or a placebo. One hour after consuming the drink, they were tested for their response to a cognitive stressor. In the group receiving the L-theanine, the stress response was greatly reduced. Three hours after drinking it, a stress hormone in the saliva was tested and the L-theanine group had a significantly lower level of the stress hormone (x).

L-theanine has also been particularly helpful in people who experience higher levels of anxiety. In scientific trials, L-theanine has helped reduce stress in people with schizoaffective disorder and schizophrenia (x).

When the body deals with stress, it produces those excitatory “fight or flight” hormones. When the body is flooded with these brain chemicals, it becomes preoccupied, and sensible brain functions like memory forming and learning are temporarily set aside. This is why people who live with chronic anxiety often see their cognitive functions reduced. L-theanine can restore a sense of calm and boost the ability to relax, think and avoid stressful feelings that inhibit maximum learning (x).

Besides this, L-theanine promotes an increased attention span. In fact, one study showed that individuals taking it combined with caffeine did better on a test of accuracy, making less errors (x). L-theanine and caffeine used in combination has been studied, and the findings show that when these chemicals partner together, they seem to help people process visual information and move effectively between tasks. A study completed in 2013 found that L-theanine and caffeine together helped a group focus during demanding tasks given to them. They also reported feeling more alert and less fatigued in general (x).

Because L-theanine acts as an antioxidant, it reduces the existence of free radicals that rove around the body, causing inflammation, tissue breakdown or degeneration. Findings show that it may improve the immune system (x).

L-theanine and its derivatives may serve as a possible cancer treatment (x). Not only might it boost the cancer killing effect of chemotherapy, but it may also lessen the adverse effects of cancer drugs (x).

More interesting correlations about the benefits of tea and L-theanine are being examined, though these studies are not conclusive (x).

A study done in 2012 observed individuals who regularly experienced higher blood pressure after specific mental tasks. The study found that L-theanine reduced the blood pressure increase in this group of people. Caffeine was also tested with similar, but less beneficial results (x).

A known relaxer and stress reliever, it makes sense that L-theanine can also help people fall asleep more easily at bedtime. Without being a sedative, the natural properties of L-theanine can lower anxiety and promote a healthier, better quality sleep for many.

In two specific groups of people, studies confirm that it promotes sleep improvement:

Sinusitis is a common ailment — especially during the cold winter months. The sinuses — those small, hollow cavities behind your cheekbones, are lined and can become inflamed by a virus. The sinuses are lined with cilia — those little hair-like strands that move mucus along within the nose. When an individual is plagued by a sinus infection, the cilia get stagnant and do not clear the nose of infected mucus. When the infected mucus thickens, the bacteria multiply there.

So how does L-theanine assist the sinuses? It can actually boost the cilia movement in the nose.  Drinking a cup of green tea seems to spur those cilia on to action, doing their job to sweep the mucus down into the stomach, where they can be destroyed by the stomach acid (x).

L-theanine can help maintain a healthy weight by promoting relaxation and squashing stress. By inducing a calming effect, it reduces the need to seek the boost of serotonin via guilty pleasures (x).

It’s estimated that the content of L-theanine in green tea is about 1-2 percent of the weight of dry tea leaves. This comes to approximately 25-60 mg of L-theanine. Even a daily level of 50 mg of L-theanine has a noticeable effect on mental alertness. When precise doses are necessary, it’s best to take a capsule or tablet instead of tea, since the L-theanine levels can vary.

L-theanine supplements are available as capsules and tablets; doses range between 50 and 200 mg. Some people take the following daily doses the supplement:

A safe, easy way to get a good dose of L-theanine is through a daily cup of tea. It is found in large amounts in green tea, but also found in white tea and black tea.

In the United States, L-theanine has been given the label GRAS (generally recognized as safe). The supplements are usually tolerated well with no harmful effects. However, pregnant and nursing mothers should avoid using the supplement.

People with the following specific situations should consult their health practitioner before taking L-theanine:

People have counted on their daily cup of green tea for centuries. Whether you are a tea-drinker or not, you can benefit from the relaxing, health-promoting influence of L-theanine.