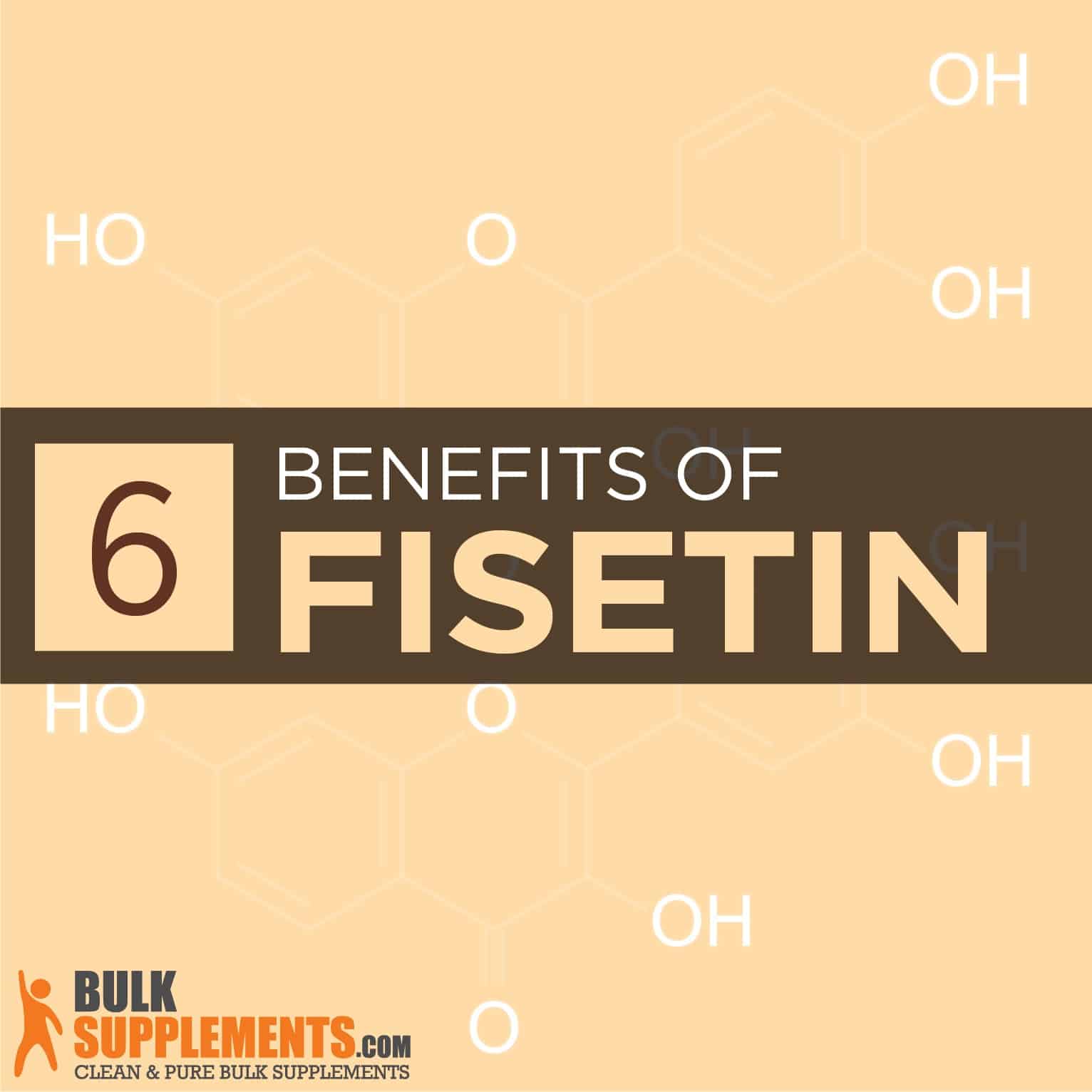 Need another reason to enjoy some wine? We’ve got one. Antioxidants found in wine turns out to be fisetin. Sure, this substance seems to be lesser known amongst its more popular antioxidant cousins, but its health properties should not be ignored. If not just another reason to enjoy a glass of wine from time to time, you should know that fisetin can also help fight many health ailments that plague our modern world.

Sounds like a foreign language right? Most of us have never heard of fisetin before. It’s not catchy, and it’s not any food that we can easily recognize. But surprisingly, it’s in most of the foods we love and know. Fisetin is an antioxidant that can be found in all kinds of fruits, veggies and nuts in varying amounts (x, x). This compound can help relieve inflammatory conditions, reduce oxidative stress and regulate the growth of our heart cells (x).

Fisetin not only helps improve our immune system and prevent hyperdrive, we also know this nutrient helps protects the health of our nerves, though we aren’t quite sure how it does that (x).

Fisetin has been seen in the laboratory to have direct effects on our cells. It interacts with proteins on our cell membrane and regulates the ions that move in and out. These ions play a big role, and can influence the process of aging and even propagate diseases like cancer and diabetes. The regulation of these ion movements can also have a huge impact on the health of our nerves. In the lab, this small but mighty molecule has demonstrated effects that heal nerves, fight cancer and soothe inflammation (x).

Who knew that a strawberry smoothie could keep you young? Fisetin, as well as other flavonoids, are present in senolytic foods which help prevent aging. What is this senolytic power exactly? Well, first it’s important to understand what senescence is. Senescence is the process of aging where our cells break down with time. This includes the breakdown of red blood cells that carry oxygen through our blood stream, as well as DNA damage that all our other bodily cells endure daily. The more DNA damage we have, the more cell death and dysfunction. Overall this plays a huge role in the process we know collectively as aging.

Plant flavonoids like fisetin have been found to help slow down senescence. It’s thought that it does this by stabilizing membrane proteins to help red blood cells from dying. It also helps reverse some of the DNA damage in our aging cells. With less DNA damage, cells grow and replicate. All of these effects can help us prevent many age-related diseases, such as osteoporosis, heart disease and the general frail-ness of old-age. Though all flavonoids have powerful effects against aging, it’s been suggested in experiments that fisetin is the strongest anti-aging compounds of them all (x).

Fisetin can also help people suffering from diabetes in many different ways. Though research is limited, one study on diabetic rats found that month-long supplementation with fisetin lowered blood sugar levels (x). Scientists aren’t sure how it works, but it’s possible that fisetin helps regulate sugar production in the liver. Other studies have also mentioned preventative effects against diabetes-related damage to the kidneys, nerves and the heart (x, x, x). Fisetin supplementation also appears to help increase insulin secretion in diabetic rats (x).

Fisetin may fight cancer from multiple different angles. As an antioxidant, fisetin, like other flavonoids, can reduce oxidative stress. It’s unique chemical structure allows it to give electrical charges to damaging free-radicals, neutralizing them. This keeps them from damaging our genes and promoting cancer. Fisetin also hijacks cancer’s unique ability to self-replicate indefinitely by blocking an “immortality” mechanism in the form of a protein enzyme called toiposomerase (x).

Additionally, fisetin can help us fight chemo-resistant cancers. Some studies have found it effective in helping kill resistant colon cancer cells in the lab (x). It’s possible that this special compound can actually disrupt survival mechanisms cancer cells use to survive through treatments. Though research is scarce, there seems to be interest in using fisetin in combination with traditional therapies to treat a wide variety of cancers.

Fisetin can also help improve your heart health. It improves circulation, reduces cholesterol, and protects our cardiovascular system from oxidative stress. One study found that fisetin helps prevent complications that can develop after a heart attack. It does this by preventing inflammation that results in irregular scar tissue and cardiac muscle growth that can occur after heart attacks. Researchers used fisetin injections for rats that had suffered a heart attack and found that rats that received the injection had better heart health overall. Additionally, rats receiving fisetin had lower rates of developing heart attack related arrhythmias down the line (x).

You can also see the benefits of fisetin on your skin. Fisetin has been proposed to help improve collagen, reduce UV damage and even treat eczema. Researchers found that mice taking fisetin were able to prevent skin inflammation and damage induced by UV rays. It also helped block the breakdown of collagen, which is the most important substance to keep skin youthful. As an antioxidant, it can also help neutralize oxidative stress that’s always a consequence of any UV light exposure. It also helps our skin form a healthier, stronger barrier against outside contaminants by promoting tighter seals between each skin cell (x).

Fisetin not only helps you feel and look good, but helps you think faster too. If you’re suffering from any mood disorders or having memory problems, it’s time to give fisetin a closer look. This special nutrient found in our everyday berries and vegetables can help us protect ourselves from diseases like Parkinson’s or Alzheimer’s (x). It does this by directly influencing the hippocampus, which is where our memories are stored. Fisetin helps prevent nerve damage by fighting toxins that can cause degradation. In animal studies, fisetin has even been helpful in reducing the severity of Huntington’s disease.

You can find fisetin in many different regular foods like nuts, veggies and even wine. However, to get the biggest dose naturally, you’d have to eat a ton of strawberries. Strawberries are one of the best sources of foods with fisetin. It’s got 6 times the level of fisetin found in apples, and 16 times more than that found in persimmons, which are second and third runner-ups in terms of foods with fisetin (x).

Side Effects of Fisetin

There are no reported adverse effects associated with taking fisetin, however we are still lacking research in its safety. It’s generally thought to be very safe. However, some proposed side effects would include stomach upset, and it may interact with important medications. Always talk to your doctor before taking any new supplement, including fisetin. Pregnant women and children should avoid taking it as well, as there is no proper research to tell if it’s completely safe for them.

Fisetin is a small, unique plant nutrient that is a type of flavonoid (antioxidants often found in berries and other fruits and veggies). Fisetin has many unique abilities that promote health. It’s antioxidant powers help us fight cancer and prevent oxidative damage to our skin, heart and nerves. It may help prevent aging as well aging-related diseases like cancer and Alzheimer’s. Fisetin can help our skin retain its youth. It also fights off oxidative damage from sun exposure.