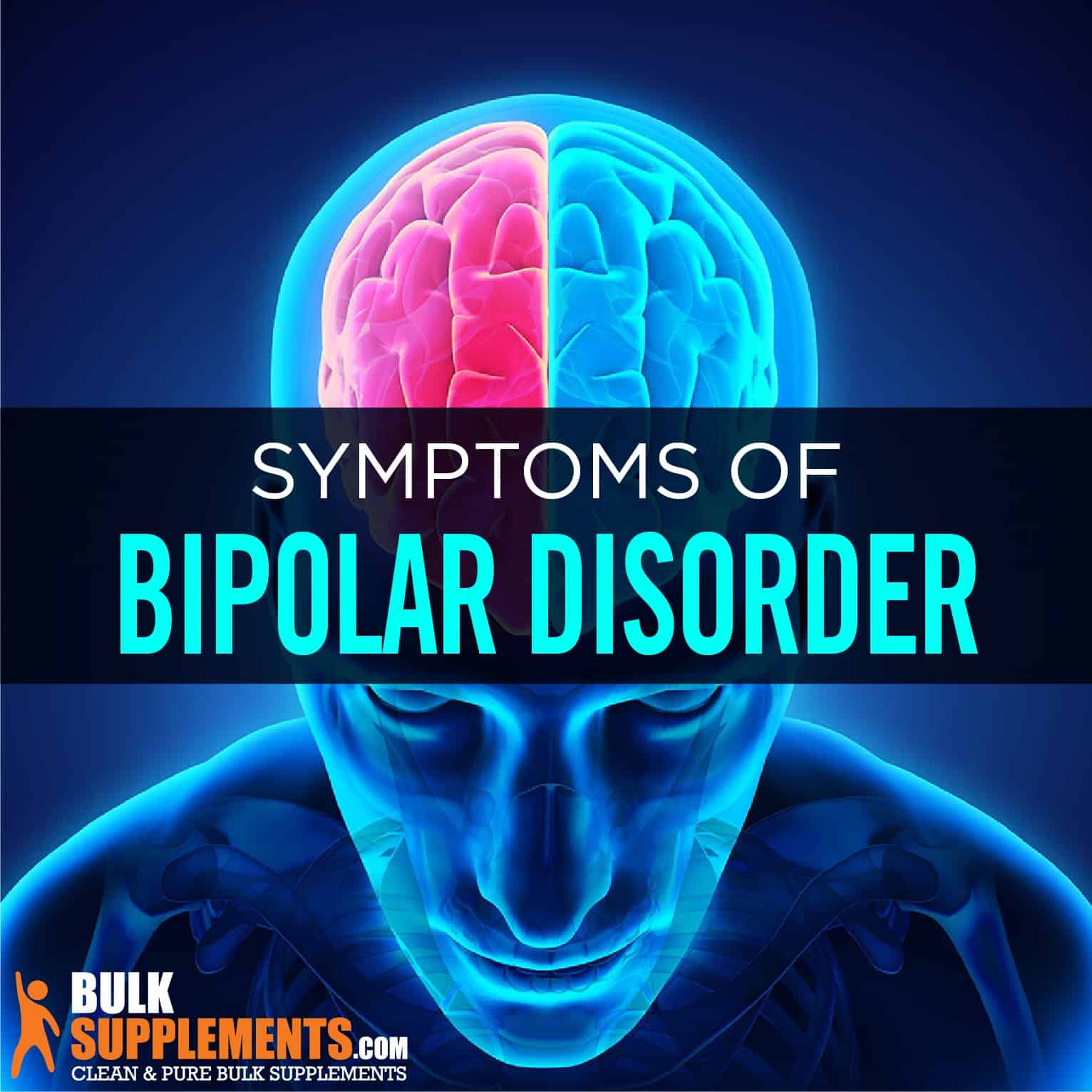 What is Bipolar Disorder (Manic-depression)?

Life can be challenging at times. We all have our bad days when nothing seems to be going right. Experiencing the ups and downs of life are normal for everyone. However, those who live with bipolar disorder (also known as manic depression) experience extreme mood changes that can negatively affect their daily lives.

Bipolar disorder (BD) describes a group mental health disorders that are characterized by extreme changes in mood and energy levels. About 2.6 percent of the U.S. population has a diagnosis of BD, but it’s likely that many more people go undiagnosed. It affects men and women equally, as well as people from all backgrounds. While people are most likely to be diagnosed around age 25, kids and teens can also show signs (x).

Also called manic-depressive illness, bipolar disorder causes a person to feel “manic” (highly energetic and euphoric, for example) followed by a feeling of depression (reduced energy, feelings of sadness, etc.). These mood swings can be mild or severe and last for short or extended periods of time. BD is characterized into three groups, which are determined by the pattern and severity of the mood swings — Bipolar I, Bipolar II and Cyclothymic disorder (x).

Because this disorder can be so detrimental to a person’s ability to function, prompt and proper diagnosis is vital. There is no cure, but a combination of medication, lifestyle habits and/or dietary supplements can help a person manage their condition.

One receives a diagnosis of bipolar I when he or she has a severe manic episode lasting at least seven days or requiring hospitalization. Periods of mania, which may cause a person to become unpredictable, reckless and take greater risks, tend to be more destructive with bipolar I. Depressive episodes do not need to be observed for this diagnosis (x, x).

With bipolar II, a person demonstrates depressive episodes in addition to less severe mania, known as hypomania. Hypomanic symptoms are similar to those of mania, but milder. Often, someone who is in a hypomanic state can go through their day-to-day activities, sometimes even seeing an increase in performance because of the elevated mood and energy. What makes this type of bipolar disorder challenging, however, is the frequent and/or extended periods of depression (x, x).

Cyclothymic disorder describes the situation when a person has continual hypomanic and mild depressive symptoms that aren’t severe enough to meet the criteria for bipolar I or II, yet last for at least two years in adults or one year in a child or adolescent (x, x).

BD can get worse without treatment. Therefore, it is important to understand what the symptoms look like, recognize them and know what steps you can take to get help.

Mania describes feelings of high energy, creativity and euphoria. People going through a manic phase may talk faster than usual, have erratic sleep patterns and be hyperactive, even while doing the most mundane tasks. During this phase, they may feel invincible and behave recklessly.

Common signs of a mania include (x):

Hypomania is a less severe form of mania and one that usually doesn’t cause negative effects in a person’s life. In fact, people who do not have BD may go through hypomanic phases at times (x).

This condition also causes people to experience phases of depression. Research suggests there are differences between the way the brain works with bipolar and unipolar depression, especially when it comes to treatment (x). Furthermore, research also indicates that while there is a wide spectrum in the intensity of manic episodes, there seems to be less variation in the length and severity of depressive symptoms (x).

Common symptoms that can occur during bouts of bipolar depression include (x):

Some people diagnosed with BD develop “rapid cycling”. Researchers actually think this is an underdiagnosed phenomenon that requires better recognition on the part of healthcare providers. When rapid cycling occurs, people experience four or more episodes of mania/hypomania or depression within 12 months. Mood swings come and go at a faster pace like an emotional roller coaster that shifts from one direction to another. When people experience rapid cycling, they can feel incredibly out of control. People who are prone to rapid cycling display higher rates of substance abuse and self-harm (x).

Researchers still aren’t quite sure what causes bipolar disorders and the causes may vary from person to person. Factors that may be involved include (x):

There is no cure for BD. However, the symptoms can be managed so that people living with the disorder (and those around them) can live more stable lives. Living a productive, rewarding and fulfilling life with bipolar disorder is definitely possible. A combination of medication, therapy and lifestyle habits may be the most effective treatment. Dietary supplements can help as well. Always discuss any supplements you plan to take with your healthcare provider.

Medications including mood stabilizers, antipsychotic drugs, and some antidepressants can be prescribed to help symptoms (x).

Psychotherapy appears to be an important aspect of BD management. Several types of psychotherapy exist, the most common of which is cognitive behavioral therapy (CBT). With CBT, a therapist works with a person to identify thought patterns that may be harmful or untrue. The goal is to ultimately empower the patient to overcome real or perceived obstacles to wellness (x).

People who don’t respond to medication or who can’t take medication for other reasons may find temporary relief from their symptoms through electroconvulsive therapy (ECT) (x).

People with BD are less likely to maintain a healthy diet, which contributes to the increased rates of metabolic syndrome and obesity observed among them. Researchers believe that not only will attention to proper diet improve their health, but it can also benefit sleep, psychiatric state and response to medication (x). The Mediterranean diet and ketogenic diet are two diet plans that researchers suggest may benefit people living with BD (x).

Due to possible increased needs for certain nutrients and altered metabolism of compounds like antioxidants, people living with BD may need more than a well-balanced diet to meet their nutritional needs. Supplements can have a significant impact on the brain and body, which is why it’s crucial to check with your doctor before taking any. They might also interact with medications.

The roots of the rhodiola plant are adaptogens which increase the body’s resistance to stress. The benefits of rhodiola for bipolar disorder are still unclear. However, studies show it can help with symptoms of chronic stress, such as fatigue, exhaustion and anxiety (x, x). As a dietary supplement, take 400 mg (1/8 tsp) twice daily, or as directed by a physician.

The brain cells of people with BD appear to be more prone to oxidative stress. This eventually causes damage to the cells and alters the way they function. Symptoms of BD, as well other conditions including schizophrenia, borderline personality disorder, OCD and ADD, may improve with omega-3 fatty acids such as the type found in fish oil. More research is needed on its effect on BD specifically but in addition to the brain, fish oil offers other benefits (x, x). Suggested serving size for this supplement is 2 capsules, which can be taken anywhere from two to three times per day.

Considered an antioxidant supplement, N-Acetyl L-Cysteine may help people who have bipolar disorder. NAC is a precursor to glutathione, which is a precursor to glutamate — a neurotransmitter in the brain. There are a handful of studies that show NAC having positive effects on some adverse side effects of bipolar disorder such as apathy, blunted emotions, etc. (x, x). Take this supplement in serving sizes of 600 mg up to three times per day, or as directed by a physician.

Bipolar disorder is a mental health illness that affects million of adults as well as adolescents and children. It’s characterized by debilitating and/or destructive mood changes and shifts in energy levels. Although there is no known cure, it is treatable through medication, therapy, lifestyle and dietary supplements. The exact cause of this chronic condition remains unclear and may involve genetic and biochemical factors. While bipolar disorder must be managed throughout one’s life, with the right interventions it’s completely possible to feel healthy, productive and fulfilled.