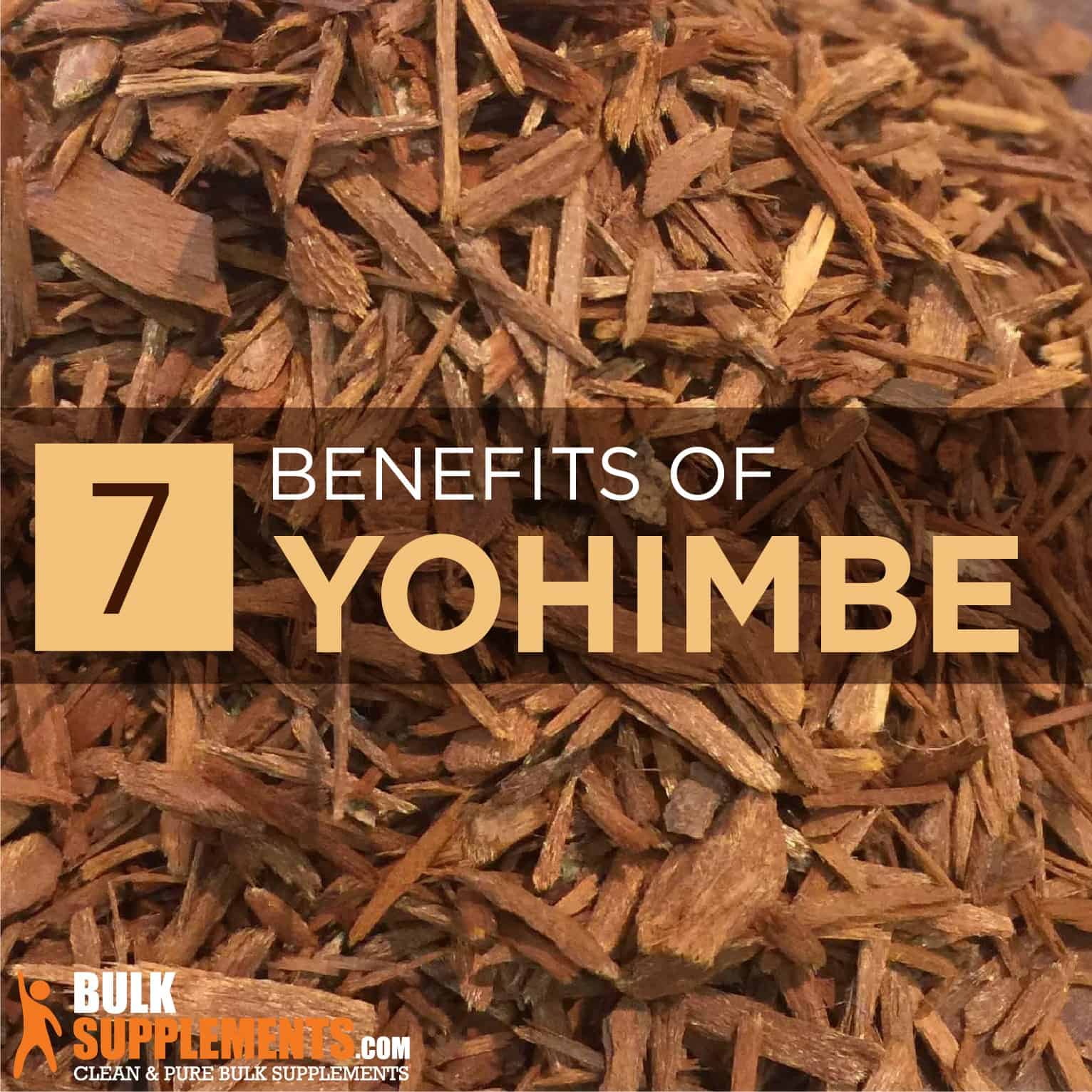 Kale Powder: Discover the 9 Amazing Powers of this Super Food

Yohimbe bark has long been used in traditional African folk medicine to treat a variety of complaints including cough, fever and as a local anesthetic. Why it’s risen to worldwide notoriety, however, is due to something else. Thought to improve performance, desire and experience, yohimbe bark is a classic botanical used to improve sexual relations (x).

Derived from a compound in the bark of the Pausinystalia johimbe tree found in the West African countries of Zaire, Cameroon and Gabon, the compound yohimbine is the active ingredient in medications and supplements made by the tree. While it can have several benefits, this compound is best known for its effect on erectile dysfunction. It has been used as an aphrodisiac and as an aid for male erectile dysfunction in Europe for over 75 years. Yohimbe extract is now available without a prescription as a dietary supplement (x).

Some very common medications list ED as a potential side effect. For example, drugs like antihistamines, SSRIs (depression), beta blockers, anti-inflammatory drugs and antifungals can all contribute to ED (x).

ED is generally undesirable and can lead to detrimental outcomes for a person’s physical, emotional and relational well-being. Supplements that contain yohimbe extract, however, may offer genuine relief for some who experience this condition.

Yohimbe may work to reduce ED in two ways. First, it’s an alpha-2-adrenergic receptor antagonist, which means for some men, it can help counteract some of the psychogenic and organic causes of ED (x, x). Second, yohimbe helps to increase blood flow near the skin. Better circulation naturally encourages healthier erections (x).

Because yohimbe is a stimulant, some people use it to gain a quick burst of energy. It raises heart rate and blood pressure and increases nervous system activity. Though it can have this effect and may be useful for managing sleep disorders such as narcolepsy, researchers strongly caution against the excessive or unskilled use of the herb for this purpose because it can be dangerous, especially in higher doses (x, x).

For those trying to lose weight, yohimbe could help. Yohimbe is used for weight loss because of its ability to block alpha-2 receptors. Those receptors suppress fat burning so blocking them enhances the ability to burn fat. And because it’s a stimulant, it can also help with appetite management, leading to increased weight loss (x).

There are a few encouraging trials on the ability of yohimbe to aid in weight loss but overall, results have been mixed. This suggests that not everyone can expect to lose weight with yohimbe, but it may be worth a try.

For example, in one study, 20 obese females were put on a low-calorie diet for three weeks. Half of them received four times daily yohimbe dosages and the other half received a placebo. The group receiving the yohimbe lost significantly more weight than the placebo group (x).

While only anecdotal information supports this so far, yohimbe may help improve sexual desire in females and lead to more pleasurable sexual experiences.

Yohimbe could help with diabetes by blocking alpha-1 and alpha-2 receptors, leading to an increase in insulin and decrease in blood sugar. This is good news for those with type-2 diabetes that may be struggling to maintain proper blood sugar levels with diet and exercise alone. Small clinical trials are currently underway, however, so no specific recommendations regarding the use of yohimbe for diabetes are available yet (x).

Historically, African warriors would use yohimbe before going into battle (x). The reason for this may be because yohimbe is a known psychostimulant. Some animal and human studies suggest that it can alter the body’s response to fear by increasing the activity of the neurotransmitter norepinephrine. For some, this may provide the surge of confidence needed to overcome things like fear of flying or social anxiety. However, those with psychiatric conditions or histories of trauma shouldn’t use yohimbe for this purpose (x, x).

Other Potential Benefits of Yohimbe Extract

We need more human trials to further understand and recommend yohimbe for these applications, but there are some animal studies that suggest yohimbe to be anti-inflammatory, antioxidant and a pain reliever (x).

This powerful botanical, while it can provide many benefits, also carries the risk of adverse side effects which include (x):

Following label directions and consulting with your healthcare professional can reduce the risk of harmful side effects.

The Food and Drug Administration does not regulate supplements and as a result, labels are not held under scrutiny to ensure accuracy. This appears to be the main reason behind the serious side effects experienced by some when taking yohimbe.

In a study of yohimbe supplement labels conducted by Harvard Medical School, it was found that 78 percent of the labels inaccurately displayed the amount of yohimbe contained in the product. The study found that the labels were off by staggering percentages from 28-147 percent of the stated concentration. Only 4 percent of the reviewed supplements contained accurate label information and appropriate warnings. Clearly, this is a huge problem as people were taking either far less, or worse, far more yohimbe into their systems than intended (x).

Additionally, it should also be noted that some of the serious side effects found in a study reviewing calls to Poison Control in California regarding yohimbe were connected to products that contained other ingredients besides just yohimbe (x).

Those with diagnosed health problems should exercise care when taking any new supplement, including yohimbe.

Yohimbe powder extract is a supplement to be taken by mixing the appropriate amount with water or flavored beverage of your choice.

As a dietary supplement, take 450 mg (⅙ teaspoon) at least one hour prior to physical activity, or as directed by a physician. Because food can negate the benefits of yohimbe extract, take this supplement on an empty stomach.

As with all supplements meant to promote general well-being, it is important to note that a supplement such as Yohimbe Powder Extract is by no means a substitute for legitimate medical advice. Therefore, it’s always best to talk to a doctor if you are experiencing problems with your health before taking any supplements.

As there have been serious side effects reported with the use of supplements containing yohimbe, it is vital that you take precautions and heed all warnings for your health and safety.

Yohimbe powder extract, when obtained from a trustworthy source and used appropriately, offers many benefits. Historically and currently, it’s mainly sought for its erection-enhancing effects. However, women may gain a libido boost as well. In addition, thanks to its psychostimulant effect, yohimbe could be beneficial for certain people’s mood and stress levels.

Those struggling to lose weight might also find that yohimbe can be part of the solution. Results of studies are mixed, but yohimbe has helped some with weight loss and appetite suppression. It can also help give a boost on especially lethargic days and aid in getting through work outs with greater efficiency and strength.

As there have been serious side effects associated with the use of yohimbe supplements, it is crucial that dosage recommendations are strictly followed and that use is terminated in the event that you experience adverse reactions when taking a yohimbe supplement.

Kale Powder: Discover the 9 Amazing Powers of this Super Food