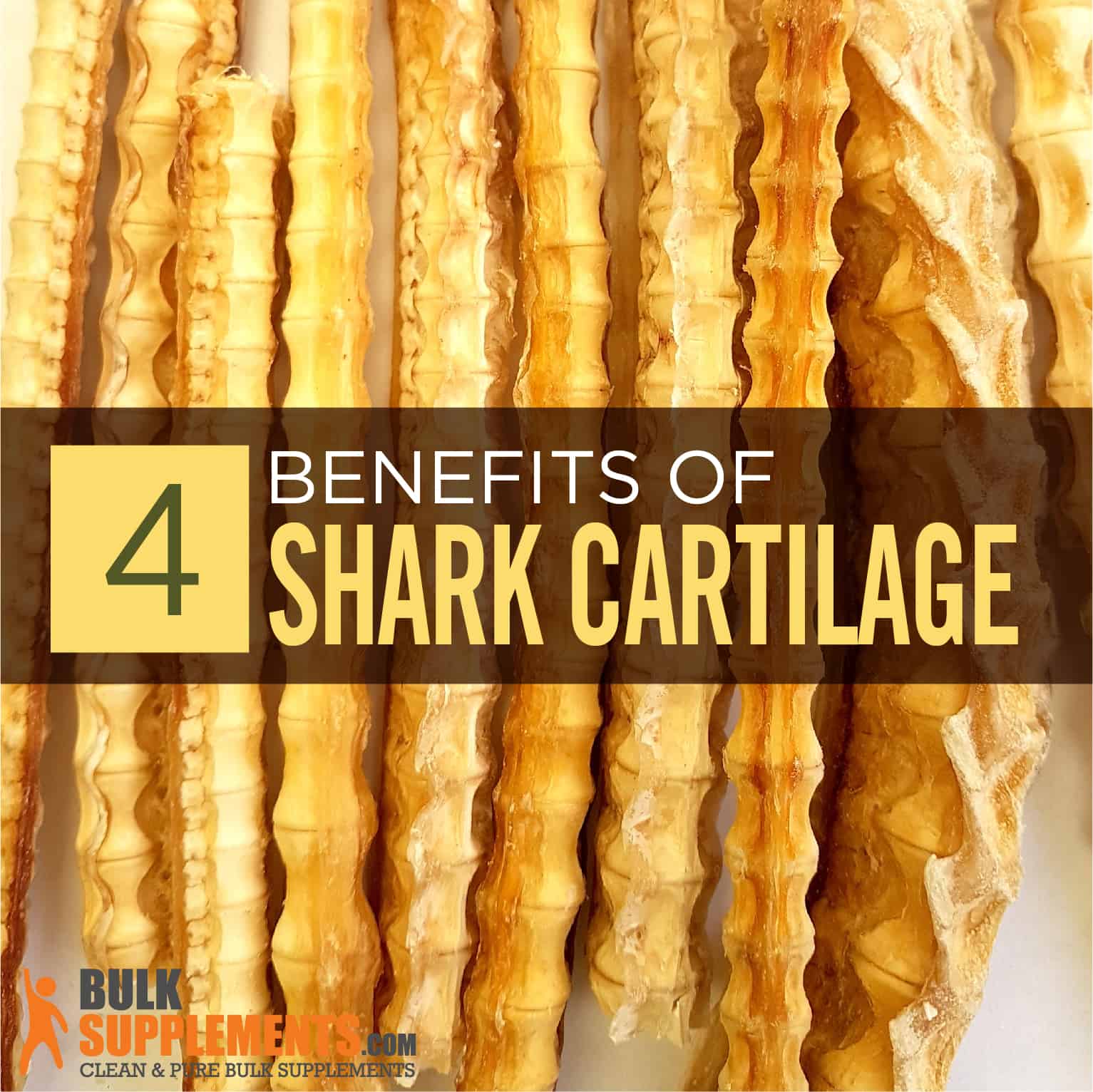 What is Shark Cartilage?

Did you know that sharks don’t have any bones? Their strength and structure actually comes from cartilage.

Cartilage and bone are very different. They are both types of connective tissue, but while bone is hard and has lots of blood vessels, cartilage is flexible and has no vascularization. In fact, it is what makes cartilage resistant to compression.

What role might shark cartilage play for humans? Researchers speculated that ingestion of shark cartilage might help reduce cancerous and noncancerous tumors. This is because tumors and cancer need blood to thrive. Since cartilage is avascular and has no blood, scientists are trying to determine whether or not any compounds present within it can prevent and/or treat cancer. So far, results are unclear.

The misconception that sharks do not develop cancer was widely propagated in the 1990s, and several books were written about it. The belief has played a crucial role in popularizing the supplement, but it has since been proved wrong through a series of discoveries that found quite a number of sharks with both cancerous and non-cancerous tumors.

Nevertheless, shark cartilage is a popular dietary supplement that comes in powders and capsules. While limited proof exists on its benefit for humans, some people still choose to use shark cartilage, mainly for joint health and skin conditions (x).

The benefits of taking shark cartilage as a dietary supplement are controversial. While some users report significant improvements in their health, many controlled studies show that it has no definite health benefits (x).

The idea that shark cartilage could be a treatment for cancer stems from the hypothesis that its anti-angiogenic properties can slow down the development of blood vessels needed for the growth and survival of cancerous cells. Research began in test tubes, then shifted to living animals. Clinical trials on humans followed after the promising results of the initial studies. These trials focused on the compound AE-941 which is trademarked under various names including Novastat/Neovastat, Arthrovas, Neoretna and Psovascar (x).

Research on shark cartilage and cancer currently conflicts. For the most part, these studies do not yet conclusively show that shark cartilage reduces tumor size, increases life expectancy or improves quality of life for people with cancer (x).

A study of 83 patients with advanced cancer conducted in part by the Mayo Clinic is an example. The group was divided into two; one took shark cartilage and the other a placebo, and both received standard medical care. At the end of the study, there was no significant difference between the two groups. There was no improvement in either their symptoms or quality of life (x).

On the other hand, some small clinical trials do report promising results. Patients with renal cell carcinoma (a type of kidney cancer) who received higher doses of Neovastat had better survival rates compared to those who took none or who took a lower dose (x).

Interest in shark cartilage as a cancer treatment remains, in part due to isolated cases where it does seem to help. One such case involves a man with a type of skin cancer called Kaposi sarcoma. This type of cancer involves the growth of abnormal tissue under the skin. The tissue can grow in the lining of the nose, throat, mouth, lymph nodes and in other body organs. It usually affects people who have immune deficiency condition like HIV and AIDS.

In a case reported by the Canadian AIDS Treatment Information Exchange, an HIV-negative man developed a Kaposi sarcoma lesion on his foot, and his doctors prescribed oral shark cartilage. He took the supplement in monitored doses for about three months after which the lesion began to shrink until it was almost unnoticeable. A few other studies show that measured amounts of the supplement, taken orally, are effective in reducing the symptoms of this cancer but are almost ineffective in treating advanced stages (x).

Shark cartilage may reduce the pain associated with osteoarthritis (OA), a condition that can damage cartilage in the joints. Cartilage, even in humans, contains a compound called chondroitin sulfate that helps it retain water. Chondroitin supplements are derived from animals including cows and sharks (x).

Studies show that chondroitin supplementation can modestly reduce some pain associated with OA. Many European countries approved it as a prescription treatment for the condition but it can take a long time to work. Some people don’t see improvement in their symptoms for 3 to 6 months (x).

When combined with glucosamine, however, chondroitin is more effective. According to the National Institutes of Health-sponsored Glucosamine/chondroitin Arthritis Intervention Trial (GAIT), the combination may be useful for managing pain of moderate-to-severe OA (x).

Psoriasis is a skin condition that comes as a result of a problem with the immune system. It speeds up the production of skin cells, which eventually build up and form scale-like waves on the skin. The excessive cells become itchy and, in extreme cases, painful.

There is developing evidence that the compound AE-941 (aka Neovastat/Novastat) may help treat the symptoms of psoriasis. In a clinical trial, 49 psoriasis patients received various dosages of Novastat. The groups taking higher doses (60 mL/d and up) showed significant improvements in their symptoms after using the product for 12 weeks. Patients reported less scale buildup, improved appearance and reduced itching (x).

Research is currently underway to investigate the benefits of shark cartilage for hair growth, eye problems and wound healing.

Shark Cartilage Dosage and Side Effects

As a dietary supplement, take 1,500 mg (scant 2/3 tsp) of shark cartilage powder once daily before a meal. If a physician suggests another dosage, it is best to follow their advice. This supplement is likely safe to take by healthy adults, though pregnant and nursing women should not take this product. Side effects include stomach upset, nausea, lowered blood pressure, constipation and fatigue. It may also increase calcium levels. Talk to your doctor before taking this supplement if you take medication containing calcium. Those with liver problems, fish allergies or who take immune suppressing medication should not use shark cartilage.

The use of shark cartilage supplements is controversial as its effectiveness as a cancer treatment isn’t yet evident. Studies do point to its ability to help relieve symptoms of osteoarthritis and psoriasis, though. Effective or not, shark cartilage appears relatively safe to take provided it comes from a reputable source.