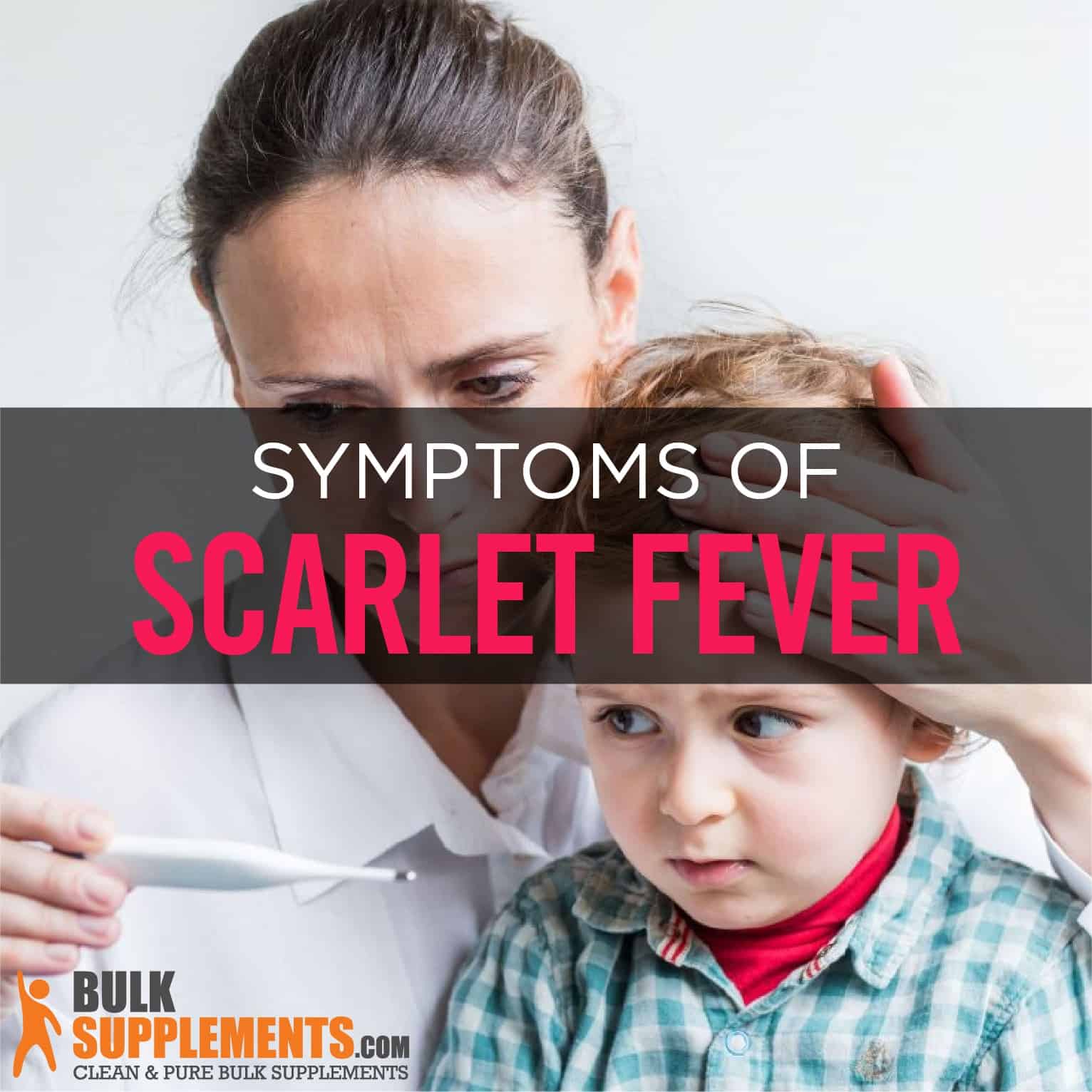 What is Scarlet Fever?

Scarlet fever, also known as scarlatina, has a historically notorious reputation. It caused a significant number of deaths in children and adults over the course of the 19th and early 20th centuries and was dubbed the “most widely disseminated kind of childhood infection” in 1894. (x) Rates of infection reached their peak during the time of the Industrial Revolution. During this time, places like America and Europe were experiencing rapid growth in their population which led to overcrowded cities, poor hygiene in low-income areas, as well as unhealthy work conditions in factories.

While this highly contagious bacterial infection isn’t the health threat it once was, outbreaks still occur for unknown reasons. (x) For example, in the UK alone, cases of this disease have reached its highest in the past 50 years between 2014 and 2016. The escalation of scarlet fever incidences in countries such as Vietnam, South Korea, Hong Kong, and mainland China also coincided with the UK’s – around 24-30 cases per 100,000 population. (x)

Thanks to the ability to quickly identify the presence of group A Streptococcus bacteria that causes scarlet fever along with effective antibiotic treatments, most people recover from the condition with no lasting effects. Occasionally, however, complications arise. Prevention, detection, medication and natural remedies can all help minimize the impact of scarlet fever.

Scarlet fever may begin with what appears to resemble the flu. Sore throat and difficulty swallowing are hallmark signs of the condition and ulcers may be visible in the mouth and throat. High fever, headache, fatigue, chills, and/or swollen glands in the neck also commonly occur. In addition, it can cause loss of appetite, nausea and vomiting. (x)

The word “scarlet” in scarlet fever refers to the presence of a red, sandpapery rash that develops on the skin of someone who is infected. The rash can develop a few days before or after the onset of other symptoms. It usually starts on the face and continues down to the extremities. Areas with skin folds such as the groin, armpits, elbows and neck may develop darker red lines. Scarlet fever rash eventually disappears but areas of the skin like the fingertips and skin folds may peel for a few weeks. (x)

Another symptom of scarlet fever involves the tongue. The tongue may develop a white coating which eventually peels, leaving it red and swollen. This symptom is also known as “strawberry tongue”. (x)

If left untreated, complications from scarlet fever may occur. These include: (x)

There is only one cause of scarlet fever – the bacterium called Group A Streptococcus, or “strep”. This bacteria lives in people’s noses and throats and can be spread by coming into contact with nasal secretions, skin, or airborne saliva droplets of those who are infected. The incubation period – or the time between exposure to the bacteria and symptom development – can range from two to five days. The rash can form before other symptoms appear or after. (x)

While there is only one cause of scarlet fever, several factors can put a person at risk of catching it.

School-aged children between the ages of 5 and 15 are most susceptible to infection by strep. Easily spread through crowded classrooms among a population with immune systems that are still developing, children contract scarlet fever far more often than adults. In addition, younger children who live with school-aged children are also at a greater risk. Studies show that rates of scarlet fever increase during the school year and coincide with cooler outdoor air temperatures. (x)

Strep A can also cause another type of infection called impetigo. Impetigo, which also afflicts children more often than adults, occurs when the bacteria enters the skin through a cut, scrape, or insect bite and causes open, crusted sores. Sometimes, impetigo can lead to a scarlet fever infection. (x)

Treatment for any type of strep A infection usually involves antibiotics. The type and dose depends on the person’s age, weight, and whether or not he or she is allergic to penicillin. According to the Centers for Disease Control and Prevention, antibiotics reduce the length and severity of the infection, reduce transmission of strep to others, and reduce chances of complications like rheumatic fever. (x)

Antibiotics typically work right after you start taking them but it may take a few days to start feeling better. Most antibiotics are prescribed for 7 to 14 days.

In the case of scarlet fever, prevention may be the best treatment. Frequent hand washing helps prevent the spread of strep. If someone in your household has scarlet fever, it’s advised to keep his or her toothbrush, drinking glasses and utensils separate and wash them with hot, soapy water. (x) Those with infections should stay home from school, work or crowded places until they no longer have a fever and have been on antibiotics for at least 24 hours. (x)

This root has a long history of use in Chinese Traditional Medicine. Among many potential benefits, astragalus boosts the immune system to help the body fight viruses and bacteria. It can, however, overstimulate the immune systems of those with certain health conditions. Therefore it’s best to ask your healthcare professional before using this if you have a medical condition. The suggested serving size for astragalus is 1300 mg to be taken daily with meals, or as directed by a physician. (x)

Also known as ascorbic acid, vitamin C plays a vital role in fighting off infections and illnesses. It supports your immunity to help the body combat bacteria and viruses. Vitamin C may also help speed healing of skin. It is generally suggested that a person take about 1000mg (or one quarter of a teaspoon) daily, however personal preference in this regard varies. The U.S. National Institutes of Health suggest taking no more than 2,000 mg per day. (x, x)

For the rashes that come with scarlet fever, bee propolis can be used topically or orally. This by-product from honeybees demonstrates high antibacterial activity against strep bacteria. Bee propolis powder can be taken once or twice a day in dosages of up to 1,200mg, or as directed by a doctor. If you are allergic to bee stings, however, avoid this supplement completely. (x)

Before the widespread availability of antibiotics, scarlet fever used to be a serious, potentially fatal condition. Its ability to spread quickly and easily in crowded areas, especially among children, made it that much more detrimental.

Caused by the strep A bacteria, scarlet fever causes a painfully sore throat, fever, flu-like symptoms, and an itchy, red rash that covers the body and tongue. The rash tends to peel and eventually the skin heals itself. Though people with scarlet fever can recover through lots of rest and fluids, antibiotics are now usually prescribed to speed healing, prevent spread, and reduce the chances of complications like rheumatic fever.

In addition, several natural remedies can help support the immune system. Immune enhancers like astragalus, bee propolis and vitamin C can arm the body against viruses and bacteria as well as speed healing if infection occurs.