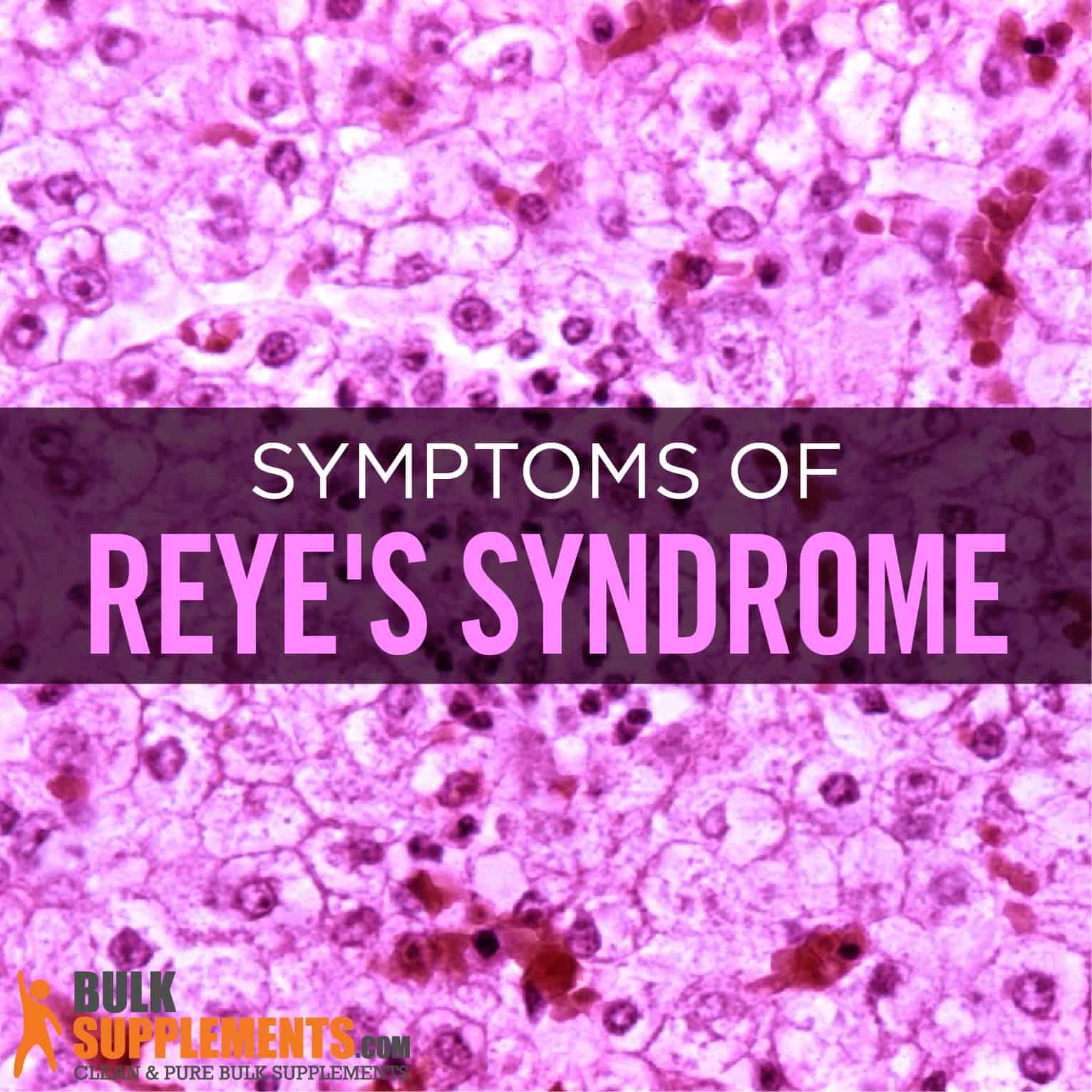 What is Reye’s Syndrome?

If you’ve never heard of Reye’s syndrome, it’s no surprise. Reye’s syndrome is extremely rare. The condition primarily affects children, but it is possible for adults to experience it as well. This two-part illness usually begins in conjunction with a viral infection such as the flu before it starts to develop further and cause complications.

Reye’s syndrome impacts the entire body, but it is most harmful to the liver and brain. In the brain, it causes an acute increase in pressure. In the liver and other organs, it causes a massive accumulation of fat. Reye’s syndrome is so uncommon that it is often misdiagnosed as meningitis, diabetes, drug overdose, poisoning, sudden infant death syndrome or psychiatric illness. In addition, the symptoms are equally as sporadic and they are similar to other illnesses. Symptoms can include vomiting, disorientation or confusion, hallucinations, irritability and seizures.

Reye’s syndrome is undeniably terrifying. There is no identifiable cause or cure, so successful management relies on early diagnosis. Previous cases show that early diagnosis and early treatment significantly increases the chance of survival. Without prompt diagnosis and treatment, the condition may be fatal within a few days or even hours.

According to the National Reye’s Syndrome Foundation, Reye’s syndrome can be deadly. Its symptoms often appear very suddenly and they resemble other health conditions. It affects every organ in the body, but it impacts the liver and brain most severely. In almost all cases, the disease is a secondary illness to a viral infection, such as the flu, the common cold or chicken pox. It usually develops after the patient begins to recover from their viral illness. The symptoms typically occur in four different stages, but infant symptoms may not follow a specific pattern (x).

Research also states that the severity of the condition may vary significantly between patients. Some patients may have mild symptoms without progression, while others may experience severe and swift neurological damage (x).

Medical researchers have not identified a specific cause for Reye’s syndrome. However, research has identified a connection with medications that contain aspirin if a patient has a certain viral infection. Researchers report Reye’s syndrome in cases of influenza B virus or chickenpox. Less commonly, it may appear with influenza A, herpes simplex, rubella or Epstein-Barr virus (x). Physicians do not recommend giving aspirin to children. Pay attention to the labels on medications. Sometimes aspirin is called acetylsalicylic acid (x).

Research also states that the symptoms may result from impaired liver function and changes in fat content in the liver, along with cerebral edema. With this condition, the brain tissues accumulate an abnormal amount of fluid that increases pressure on the brain and it can compress brain tissue. Symptoms may also be associated with excess fat content in the spleen, pancreas, skeletal muscles, heart muscles and kidneys (x).

Additionally, medical researchers think that Reye’s syndrome is associated with abnormal mitochondria function and abnormal mitochondrial enzymes in the liver. Mitochondria are organelles that play a role in several different processes, including cellular metabolism to trigger chemical reactions. According to research, metabolic disorders may cause symptoms similar to Reye’s syndrome (x).

Although it is rare, Reye’s syndrome can be life threatening. Sometimes patients or doctors mistake it for other conditions, such as meningitis, a diabetic reaction or poisoning. First, the physician will ask about recent illnesses and if the patient has taken medication with aspirin in it before performing a physical exam and conducting a series of tests (x).

Diagnostic tests may include a spinal tap, liver biopsy and urine and stool test. The doctor may also order an MRI scan to create images to see inside the body or an EEG to record electrical activity in the brain (x). These tests can rule out the possibility of other conditions and complications. The prognosis depends heavily on early diagnosis and early treatment. Fortunately, as doctors become more able to diagnose the disease, the death rates decrease. According to research, morbidity rates for Reye’s syndrome had declined from 50 percent to 20 percent (x).

Reye’s syndrome requires hospitalization in the intensive care unit (ICU). There is no cure, but physicians will monitor the patient very closely to reduce swelling in the brain and prevent seizures. Sometimes the patient may need a ventilator to help them breathe. The earlier the patient receives treatment, the better the chance of recovery and survival. If the patient does not receive treatment quickly, it can cause complications, such as coma, brain damage and death (x).

Since Reye’s syndrome develops as a secondary illness to a viral infection, it may be beneficial to make sure the immune system is strong and healthy with vitamins and minerals. This may be an effective precaution for infection and any other complications that may arise. However, physicians do not usually recommend supplements for children. They are not usually harmful, but most of the time children get their nutrients from food. There are exceptions, of course, but dietary sources are usually an effective way for children to get enough vitamins to support their developing immune systems (x).

There’s a reason doctors recommend orange juice to help fight a cold or the flu. It’s packed with Vitamin C, which is famous for its cold and flu-fighting abilities. Vitamin C helps boost the immune system and helps the body maintain overall health. It also has antioxidant and anti-inflammatory properties that protect the body from disease and oxidative stress. During illness, the body loses the Vitamin C that it stores because the white blood cells in the immune system use it to fight the infection. That is why it’s even more important to take in Vitamin C during a cold or the flu. Vitamin C is found in citrus fruits, kiwis, strawberries and cantaloupe, as well as broccoli, baked potatoes and tomatoes (x).

Zinc is the second most abundant mineral in the body. It helps promote a strong cardiovascular system and healthy skin and eyes. It also helps support a strong and able immune system to fight disease. Zinc may help prevent the common cold and flu, as well as protect against autoimmune diseases. It may also help fight the herpes virus, another virus that can potentially lead to Reye’s syndrome. Food sources with zinc include beef, chicken, pumpkin seeds, low or nonfat milk and almonds (x).

Vitamin A supports vision, cell growth, bone development and skin health. In addition, it also has antioxidant properties that reduce inflammation and help protect the body from disease. Vitamin A is divided into two categories—carotenoids and retinoids, which are both present in food. It plays an important role in fighting infection and also helps regenerate a mucosal barrier that blocks infection. Vitamin A deficiency increases the risk of illness. Food sources of Vitamin A include salmon, broccoli, carrots, squash, mangoes, apricots, cantaloupe and dairy products (x).

Vitamin B12 is a water-soluble vitamin that the body uses to perform several functions, including maintaining cardiovascular health and metabolism. According to research, Vitamin B12 also plays an important role in immune system function (x). There are two types of Vitamin B12—methylcobalamin and cyanocobalamin. The former comes from food, while the latter is only found in supplements. However, most people get enough Vitamin B12 from dietary sources, including fish, poultry, meat, dairy and some breakfast cereals (x).

Reye’s syndrome is uncommon, but its effects can be permanent and even fatal. It is most commonly diagnosed in children, but it is still possible for adults to suffer from this condition. Reye’s syndrome affects all organs of the body, but it causes the most damage to the brain and liver because excess fat contents build up and cause complications and put pressure on the brain tissues. Symptoms often mimic those of other illnesses, such as vomiting and drowsiness. But it progresses very quickly and severely, causing hallucinations, seizures, coma and even death. There is no specific cause or cure for Reye’s syndrome, but researchers believe there is a connection between patients with certain viral illnesses who take aspirin or medication that contains aspirin.

Although there is no cure, if the patient receives treatment quickly, the chances for survival are much higher. The patient will require hospitalization and a health team will monitor the symptoms and use medication to reduce fever, vomiting and swelling in the brain. Patients can prevent Reye’s syndrome by avoiding aspirin with viral infections, especially children and young adults. Taking vitamins and minerals to support the immune system may also help fight viruses and possibly prevent illness. Most children can get enough vitamins and minerals through their diet. Consult a physician or nutrition specialist for advice about building a balanced diet.