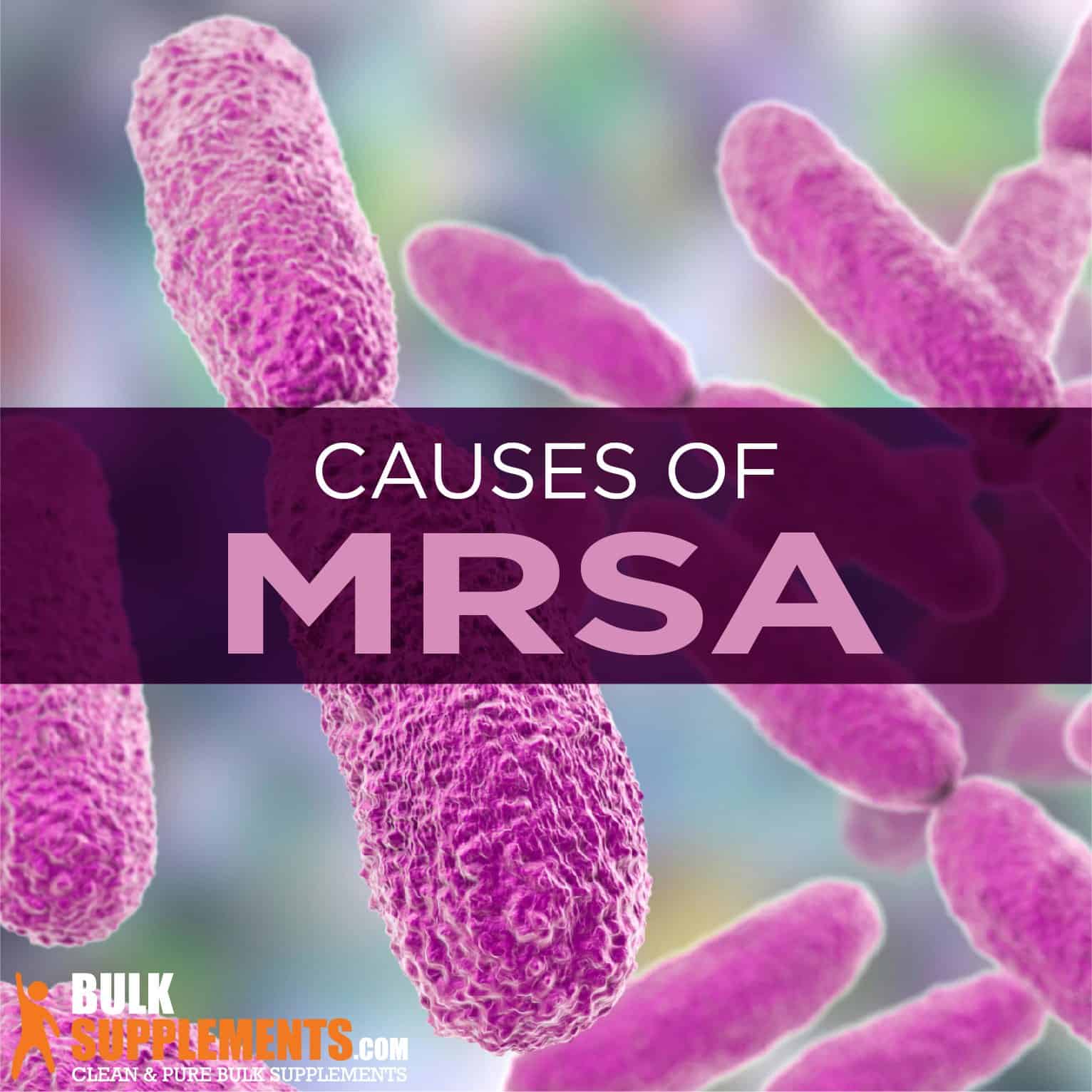 Methicillin-resistant Staphylococcus aureus, or MRSA (x), is a bacterium responsible for infection in different parts of a human’s body. It is difficult to treat just like other strains of Staphylococcus aureus as it shows resistance to most of the commonly used antibiotics.

The symptoms will depend on the area of infection. Most of the time, MRSA causes mild infection of the skin, like boils and sores. It has also been reported to cause more serious skin infections, like infection of surgical wounds or the lungs, bloodstream and urinary tract.

Most MRSA infections are not that serious, but some can be life-threatening. Public experts are even more concerned about the spread of tougher MRSA strains.

MRSA is often referred to as Super Bug due to the difficulty of treating it.

Although this case is not common, community-acquired pneumonia can be caused by MRSA. It can be fatal and affects young individuals who appear to be healthy.

MRSA should be suspected to occur in patients suffering from pneumonia (x), mostly in periods when influenza cases are rampant.

MSSA (x) is the acronym for methicillin-susceptible Staphylococcus aureus. Staph is the shortened name for Staphylococcus, which is a type of bacteria.

MSSA is one of the strains of staph bacteria, which responds fast to medications used in the treatment of staph infections.

The most common source of infection of MRSA in children is a simple cut. If noticed early, MRSA infection can be treated easily. The symptoms of the infection in children can include a painful bump, leaking pus and boil. It can be treated with nafcillin, which is a penicillin antibiotic that works against bacteria.

An infected wound is often regarded as a localized defect of the skin in which pathogenic organisms have found their way into the surrounding tissues around the wound.

This infection will trigger the body’s immune responses, which will cause tissue damage, inflict inflammation and slow down the healing process at the same time.

Staphylococcus aureus (x) is quite notorious for its ability to remain resistant to the common antibiotic. The infections caused by these antibiotic-resistant strains often occur in epidemic waves activated by one or more successful clones.

As stated earlier, the symptoms derived from infection with MRSA will depend on the area of the body where the infection is localized. For instance, individuals with MRSA skin infection typically exhibit swelling, redness, warmth and pain in the infected area.

However, it is important to note that an infection might not be attributed to MRSA if a proper laboratory test is not conducted. Some MRSA infections may have a fairly similar appearance that can be mistaken for a spider bite.

Most S. aureus infections, which include MRSA, will appear as an infected area or bump on the skin and might be:

There are a lot of varieties of Staphylococcus aureus bacteria, and they are commonly called ‘staph.’ They are mostly found on the skin and sometimes in the nose of about a third of the population.

They are generally harmless until they gain entry into the body through a wound or lesion.

The MRSA bacteria are most typically spread by skin-to-skin contact, especially with infected people. They also spread by contact with sheets, towels, clothes, dressing and other items used by an infected person.

Staph bacteria are among the most common germs that can be contracted from the gym and are potentially the most dangerous. They are usually harmless, however. More than a third of people that visit the gym regularly carry the infection on their skin, but will not show any symptom as long as it has not gained entry into their body.

It is important to note that MRSA is not present in all gyms (x).

Symptoms of some MRSA infections can be mistaken for bug bites. However, unless spiders or other bugs are sighted, the irritation should not be attributed to bugs.

Both community-associated and healthcare-associated strains of MRSA will respond to some antibiotics. In some other cases, antibiotics may not be really necessary. For instance, doctors will only have to drain an abscess caused by MRSA and may not need to administer any form of treatment.

Can You Get Rid of MRSA?

MRSA can be treated. Although it is resistant to some antibiotics, there are a host of other antibiotics that work against the infection. If a patient suffers from a severe infection of MRSA, then he or she might be administered with intravenous antibiotics.

How Long Can Staph Go Untreated?

Most of the time, the bacteria do not cause any problems or may just result in a mild skin infection. However, they can be deadly if they invade the body, entering your bloodstream, bones, joints, hearts and lungs.

IV antibiotics: A host of IV antibiotics (x) are effective in the treatment of MRSA infections, and they include:

In addition to the antibiotics listed above, some other forms of emerging therapies have been proven useful in the treatment of MRSA. They include dalbavancin, telavancin and ceftobiprole.

Oral antibiotics: The antibiotics that can be taken orally for MRSA treatment include:

MRSA can be quite dangerous, but there are a host of home remedies that can be used to treat the infection, which includes garlic, tea tree oil, turmeric, aloe vera, oregano oil and olive leaf extract, among others.

These homemade treatments have inherent antibiotic properties and can be effective in the treatment of the infection.

Clindamycin (x) can come in many forms — creams, capsules, injection, solutions and more. It is often prescribed in the treatment of sinus infections.

It belongs to a group of drugs known as lincosamide or lincomycin antibiotics and works by hindering the production of protein needed for reproduction and spread of the infection, by the bacteria.

Many patients who have severe infections of MRSA have been treated and no longer suffer from the infection. However, there are times that the infection may go away and then come back several other times. Even if the active infection is gone, patients can still have MRSA bacteria on their skin and in their noses. They are at this point referred to as carriers of MRSA.

In order to prevent the spread of staph infection, you should follow the following steps:

Supplements are not viable in the treatment of MRSA when used alone, but are effective when used in combination with other therapies. They are often taken to help in the fight against infection through the boosting of the immune system. And there are a number of them to address the infection. They include:

Methicillin-resistant Staphylococcus aureus (MRSA) is a kind of staph bacteria, which has become resistant to most of the common antibiotics that are typically used in the treatment of other staph infections.

MRSA can survive on surfaces for days and even weeks as they can live longer on the surface than most other bacteria and viruses since they can thrive in the absence of moisture. They will only penetrate the body when there is a cut, which can lead to a serious infection if left untreated for a long time.