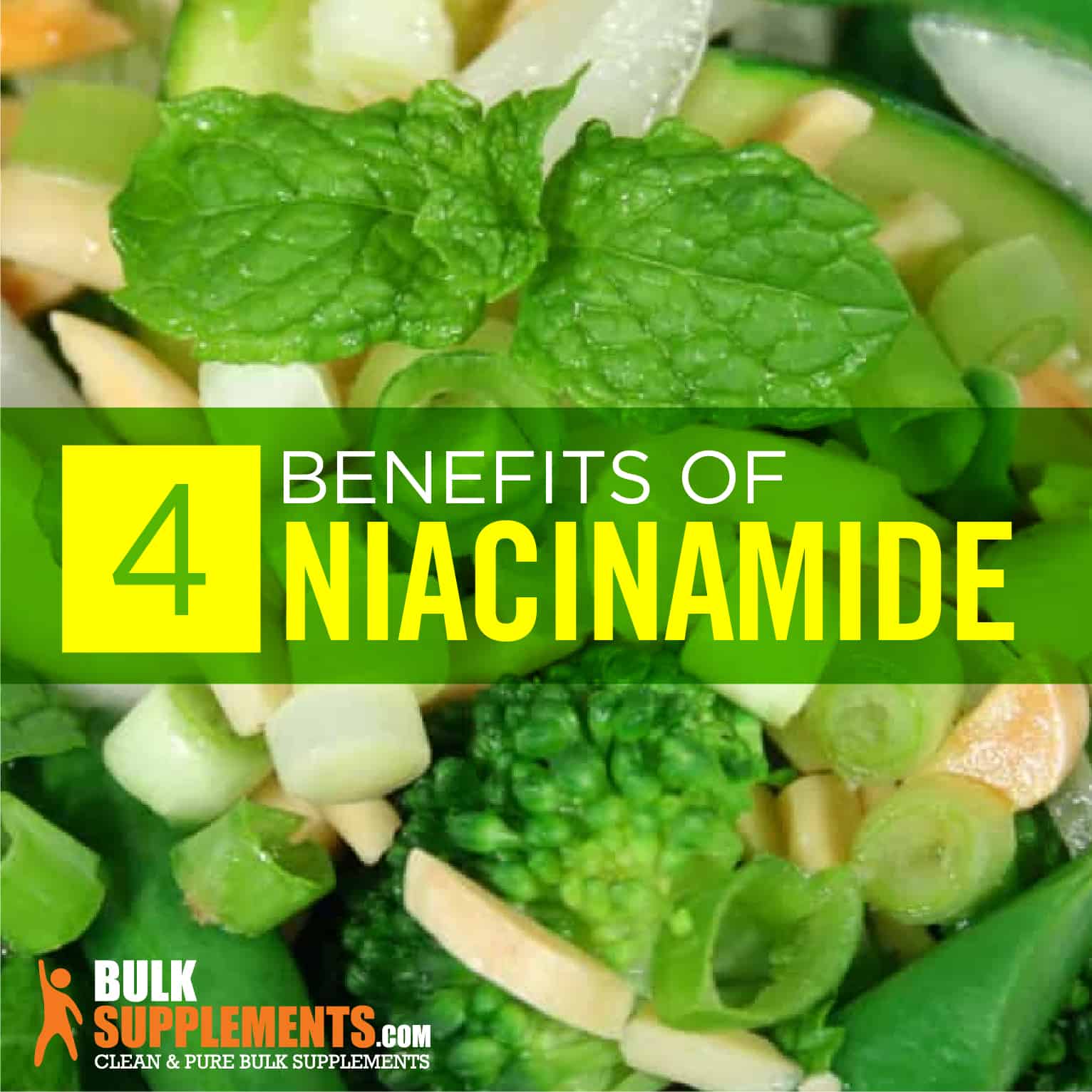 What is Vitamin B3?

Vitamin B, also known as niacinamide, is an essential, water-soluble vitamin made naturally within the body. It’s a useful antioxidant, providing benefits such as:

Vitamin B3, like other B vitamins, helps convert food into energy.
It does this as a major element in two enzymes that are part of the metabolism process. Vitamin B3 also plays a part in creating and repairing DNA. Moreover, niacin is one of the most important nutrients because it is needed for your entire body to function.

A diet devoid of vitamin B niacinamide is rare in developed countries, but throughout history, the lack of niacin has been a deadly problem.

In ancient history, the disease pellagra was virtually unknown. When corn was introduced in Europe, though, pellagra’s presence became well-documented. Due to the widespread use of corn as a staple in the Italian diet, pellagra increased (corn contains a form of niacin that humans have trouble absorbing).

Pellagra eventually became a large health problem in the southern United States in 1900. It followed a new method of processing grain — one that removed many of the nutrients. Doctors finally began a search for the cause of pellagra and the federal government commissioned Dr. Joseph Goldberger to study the disease. He was the first to isolate and identify niacin in 1915.

Where Does Niacinamide Come From?

But why all the names, and what’s the difference between each one?

There are critical differences between these two vitamin B3 components. For example, niacin can support healthy cholesterol levels that are already within normal range. On the other hand, niacinamide is used to treat pellagra, combats aging, supports brain function, joint comfort and sugar levels.

When taken as a supplement, niacin can initially cause flushing. The “niacin flush” is a side effect of the vitamin, which causes the blood vessels near the skin’s surface to dilate. As a result, a burning or tingling sensation can occur, similar to the hot flush of embarrassment. Indeed, high doses of niacin may cause a flush, but it is not dangerous.

Due to the anti-inflammatory properties that Niacinamide contains, it is beneficial to skin conditions like rosacea and acne. Moreover, it boosts the production of collagen in the skin which improves elasticity. (x)It has also been to treat chronic kidney disease and type 1 diabetes. As an added benefit, it will not cause “flushing” of the face and skin when it is taken as a supplement. (x)

Inosital nicotinate, or inositol hexanicotinate, is another “no-flush” niacin compound that also contains vitamin B8 (inosital). It can be released over a period of time, is available as a synthetic or natural source and is used to support liver and brain health. (x).

Primary pellagra is caused by a lack of niacin or tryptophan, which creates vitamin B3 in the body. In developing countries specifically, or where corn is a food staple, people can become severely deficient in vitamin B3. A high protein diet and nicotinamide supplementation is beneficial treatment for pellagra.

Secondary pellagra occurs when the body cannot absorb niacin. This can happen for several reasons, including:

The most notable symptoms of pellagra are dermatitis, diarrhea and dementia. Niacin deficiency may appear on the skin or GI tract. Moreover, pellagra causes a rash on the lips, face, hands and feet. Skin lesions may also accompany dermatitis and appear in the hands, arms, lower legs, feet and neck. In fact, pellagra can lead to death if left untreated. Other skin symptoms associated with pellagra include:

Symptoms of dementia and neurological disturbances occur in some cases. These get more intense as the disease progresses, and they may include depression, confusion, headaches, anxiety or delusions. Pellagra can be fatal if left untreated, but when pellagra patients take vitamin B3 supplements, they can improve quickly (x, x).

Niacinamide is a popular supplement for improving uneven skin tone, decreasing fine lines and reducing the signs of aging. Moreover, niacinamide can lessen the damage of environmental factors that damage the skin. It boosts collagen production, which helps the skin stay plump and youthful.(x).

Other Benefits of Vitamin B3 Niacinamide

People who suffer from depression may be deficient in the B vitamin complex, but Niacinamide could be helpful in managing this issue. Since it plays a significant role in metabolizing serotonin from tryptophan, a deficiency in niacin can lead to depression, anxiety and even insomnia (x).

A number of studies have demonstrated the therapeutic potential Niacinamide has on Parkinson’s disease. High doses of niacinamide may help improve symptoms, since niacinamide boosts neurotransmitter levels (x).

One study using high doses of Vitamin B3 niacinamide found that it helps reduce the risk of getting Type 1 diabetes (x).

Vitamin B3 niacinamide has the potential to improve symptoms of osteoarthritis. In patients with rheumatoid arthritis and osteoarthritis, large doses of niacinamide have been shown to not only improve movement range, but also reduce sedative activity and increase muscle strength.(x).

The ten best sources of vitamin B3 niacin listed by the National Institute of Health are (x):

If you have a liver disease, hypertension or peptic ulcer disease,you should not take large amounts of niacinamide since it may aggravate allergies, thyroid disorders and gallbladder disease. Multivitamins that contain niacin in recommended amounts are safe to take during pregnancy. Of course, be sure to consult a health practitioner to assure correct dosage.

The recommended daily amount of niacin for men is 16 mg a day, and for women who are not pregnant, 14 mg a day. 500 milligrams daily is the recommended limit. Topical forms of niacinamide of 5 percent are ideal for use on the skin (x).

Niacinamide is highly beneficial to the skin and touted for its anti-aging benefits. Additionally, it combats acne and overactive oil glands, minimizes pores and reduces the appearance of fine lines. In fact, niacinamide may prevent or significantly reduce non-melanoma skin cancer.

Some adverse interactions with other medications can occur. Consult your doctor before supplementing with niacinamide. Possible interactions include:

This supplement, also known as niacin or vitamin B3, is an important nutrient needed for proper metabolism. Moreover, it helps reduce blood cholesterol levels, repair and maintain healthy skin, and is natural remedy for anxiety. Niacin may help to protect brain cells, possibly slow down progression of Parkinson’s disease and has been useful in the treatment of rheumatoid arthritis and osteoarthritis.