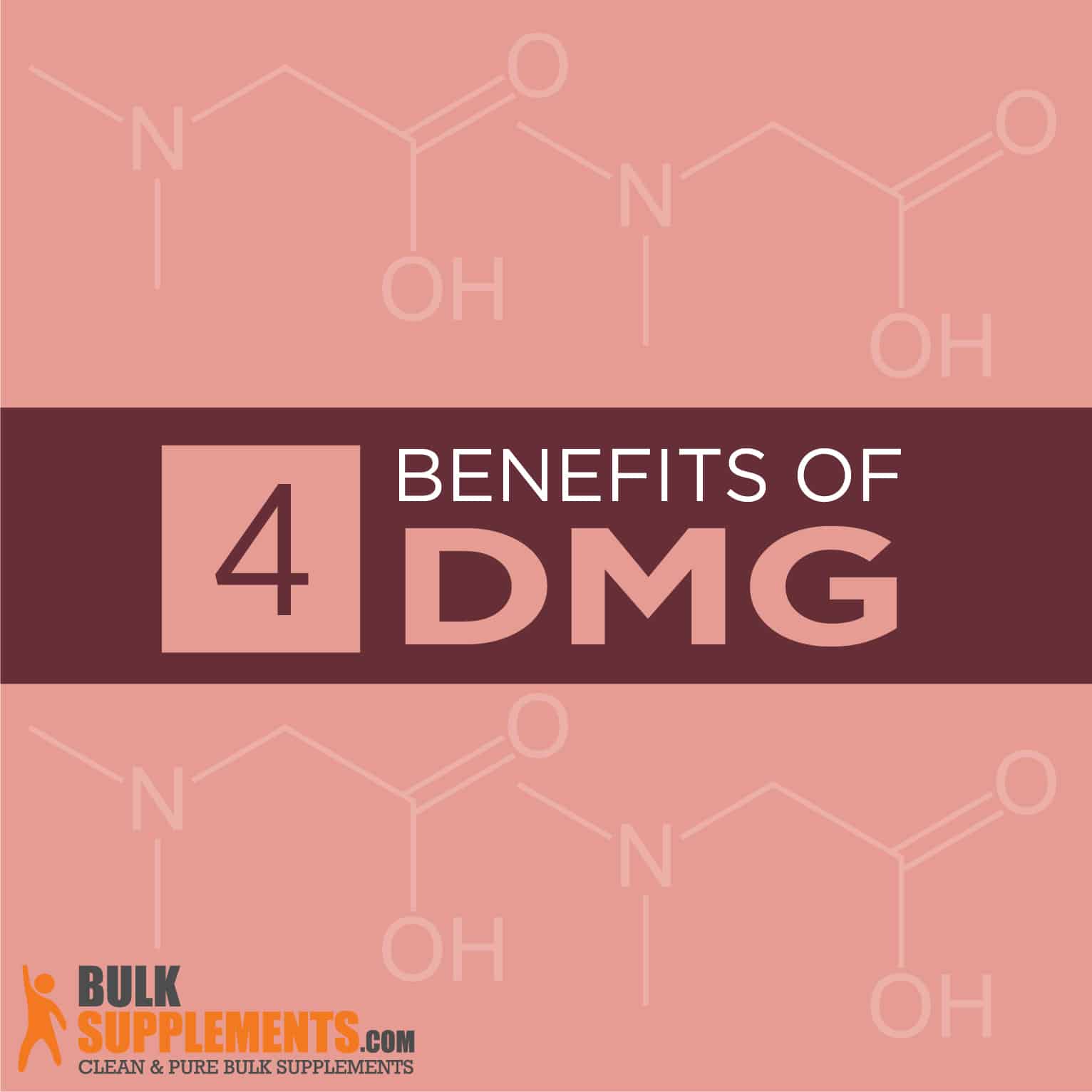 Dimethylglycine (or DMG for short) is a derivative of the amino acid glycine — a building block essential for creating protein. It is present in the cells of all plants and animals, specifically in small amounts of grains and meat. Your body will produce DMG when metabolizing choline into glycine. Not only can it improve the way the body’s immune system works, but it is also useful in supplement form, treating a variety of different conditions.

Taking dimethylglycine orally has proven to help improve the speech and behavior in those with attention deficit-hyperactivity disorder (x). A lack or imbalance of neurotransmitters can cause a series of different brain and neurological dysfunctions. DMG, however, can act as a precursor for a number of amino acids and alcohols, which help aid in brain function. It supports the body’s production of creatine and phosphocreatine, which fuel energy within the brain and curb mental fatigue. Because of this, the DMG can cross the blood-brain barrier, help maximize brain function and improve mental focus.

May Help With Autism

Studies have also shown benefits for people with autism (x). Dr. Roger Kendall’s work with Dr. Bernard Rimland at the Autism Research Institute led to positive reports of improved communication, eye contact, sleep patterns, immune function and general social interactions. The first study came in 1990 by Dr. Lee Dae Kun. In this study, 39 autistic children ages 3 to 7 were given 125 mg to 375 mg of DMG per day (depending on their weight) for a three-month open trial period. Based on the evaluation of both parents and teachers in numerous key areas, 80 percent of the children improved significantly.

There are a number of possible explanations as to why the use of DMG has resulted in such remarkable improvement for autism — better oxygen utilization, reduction of lactic acid formation and a possible decrease in potential seizure activity. Recent publications have shown that certain components of the immune system may be abnormal in people with autism. DMG’s influence on the immune system could be correcting the defect in autistic children that is responsible for the prevalent symptoms (x).

DMG is also a common aid in athletic performances. It can help enhance endurance, improve oxygen utilization, reduce lactic acid buildup and improve muscle recovery time (x). DMG encourages efficient energy production and drives cellular reactions so the body works more effectively. It was actually studied first in the area of athletic performance when being considered as a nutrient and metabolic enhancer. In the Physician’s and Sports Medicine Journal, Thomas Pipes reported that DMG significantly improved the performance of his track and field athletes.

The New York City Marathon Club did a six-month study on the use of dimethylglycine supplementation in marathon runners. The study involved comparing the running times, recovery period and fatigue levels to a previous race where DMG was not in use. In the second race, the runners took 500 mg of DMG before the start of the race. They then followed by taking 250 mg for every four miles covered for a total of 2,000 mg of DMG. Marathoners reported much less exhaustion as compared to the previous race. Runners logged better race times thanks to improved stamina, muscle and body recovery. Moreover, there was a reduction of cramping and fatigue from the 18th to the 26th mile mark in the marathon (x).

DMG may also help reduce stress. Because it is an adaptogen, it helps to counteract the negative effects of physical, emotional and metabolic stress and prevent and overcome degenerative diseases (x). An adaptogen is a natural, safe substance which helps a person’s body adapt to the many types of stress by restoring physiological balance or homeostasis.

Side Effects of DMG

People have been supplementing with Dimethylglycine for many years prior to its recent popularity. It is hypoallergenic and is an extremely safe food substance that can enhance normal metabolic pathways in the body. Extensive animal studies on the safety of dimethylglycine show that it is actually as safe as vitamin C. DMG is a water-soluble nutrient, meaning that the enzyme system in the body effectively converts the substance into metabolites. The body can then either use those metabolites or excrete them completely.

DMG is almost impossible to overdose. Paul Buck, Ph. D., nutritional biochemist at an FDA approved laboratory in Waverly, NY, is quoted to have said that “the average person would have to ingest 21 pounds or more of DMG in a short amount of time for it to be toxic, and at that point it would be a problem more with the volume than with the actual toxicity of the DMG” (x).

Depending on the specific use, the recommended dosage of DMG can range from 125 mg to 1,000 mg a day. It is also possible to take an additional 150 mg to 300 mg for every two to four hours of exercise or heavy stress.

The body can break down Dimethylglycine quickly, so it is best to take smaller dosages throughout the day in order to maintain consistent availability to the body and avoid competitive uptake from other amino acids.

DMG is effectively absorbed from the digestive tract, including the oral cavity. Sublingual ingestion of DMG provides effective and rapid absorption, the effects of which are frequently evident within 20 minutes after taking the product.

Dimethylglycine is a safe and effective supplement that helps aid in athletic performances and improve speech and behavior in people with ADHD. It also helps with stress management and holds many other health benefits. There are no documented side effects to taking this supplement with the correct dosage. It can even work synergistically with other nutrients within your body.