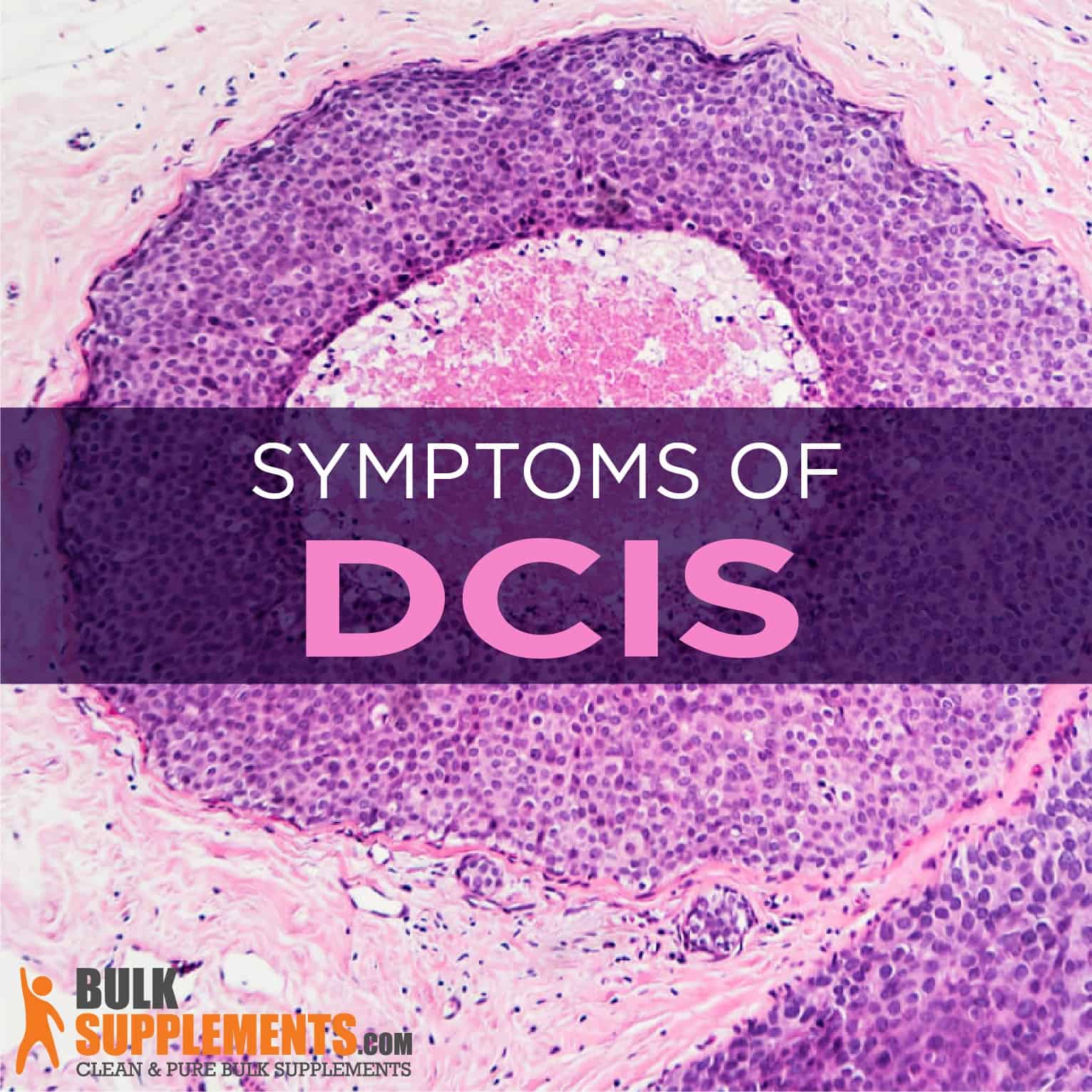 What is Ductal Carcinoma in Situ?

Ductal carcinoma in situ (DCIS) is a breast cancer of the milk ducts. This type of cancer is noninvasive, meaning at the time of its diagnosis it hasn’t traveled into surrounding breast tissue (x). In contrast, invasive mammary carcinoma spreads rapidly, eventually taking over the entire mammary gland. Even though DCIS is noninvasive, it still needs urgent treatment to prevent its degeneration into invasive breast cancer.

There are five stages of breast cancer. DCIS is a stage zero breast cancer where abnormal cells line the milk ducts within the breast. It’s a very early cancer with a high likelihood of treatment success. According to a study published in the Journal of the National Cancer Institute Monographs, only 1 to 2.6 percent of women with diagnosed DCIS will die from invasive breast cancer (x).

After the procedure, radiation therapy usually follows. Radiation therapy reduces the likelihood of cancer returning to the breast. Recovery times after lumpectomy run between one and three weeks; however, a return to active life usually waits for a doctor’s approval.

Mastectomy is the partial or complete surgical removal of the affected breast (x). In most cases, surgeons perform the procedure for patients who already have breast cancer. However, some individuals at risk of developing breast cancer undergo the procedure prophylactically.

Patients will require simple mastectomy, the removal of the entire breast, to treat DCIS if it affects several areas within the breast or when breast-conserving surgery cannot get rid of the entire DCIS mass.

Symptoms of breast cancer recurrence after mastectomy include a new lump or an irregular firm area in the breast, breast skin color changes, nipple discharge, breast redness and skin inflammation.

After a lumpectomy or mastectomy, in a procedure known as sentinel lymph node biopsy, surgeons may sometimes remove lymph nodes around the breast and in the armpit to determine whether cancer has spread (x). Whether or not it has spread from the DCIS depends on the cancer’s growth rate and tumor size.

Many surgeons opt to perform lymph node removal alongside mastectomy because removing the lymph nodes becomes much more complicated as a separate procedure.

Do Biopsies Cause Cancer to Spread?

Some women have expressed concern to their doctors over whether surgical procedures or biopsies cause cancer to spread. They do not (x).

Radiation therapy is typically routine after a lumpectomy because it reduces the risk of cancer recurrence by killing any cancer cells left behind in affected breast tissue.

The Effects of Chemotherapy on Fertility

I Have Breast Cancer — Now What?

Stage one breast cancer treatment usually involves surgery and radiation therapy alongside chemotherapy. This cancer is very small and occurs only in the breast tissues or lymph nodes close to the breast.

Before taking supplements to support cancer treatment, talk to your doctor to determine whether they’re right for you. For each supplement you plan to take, ask your doctor for their dose guideline and follow it. If you don’t have access to a doctor, follow dose guidelines on supplement packaging.

This bioactive compound occurs in the body as a metabolite of indole-3-carbinole, a possible cancer preventive agent, and in cruciferous vegetables. In vitro and animal studies have found that this compound has antiproliferative effects on cancer cells (x). Take up to 200 milligrams of diindolylmethane powder up to twice daily.

In vitro studies have shown that green tea polyphenols, powerful natural antioxidants, may have anticancer effects on some cancers as well as a host of other benefits (x). Take 500 milligrams of green tea extract powder once or twice daily.

Riboflavin (vitamin B2) helps break down fats, carbohydrates and proteins. Cancer patients require lots of energy to recover from their illness and its treatments, and Riboflavin plays an important role in maintaining the body’s energy supply. It also helps convert carbohydrates into adenosine triphosphate (ATP), a potent energy source for cells. Take 50 milligrams of riboflavin powder once or twice daily.

Turkey tail mushrooms have strong immune boosting properties, and doctors in Japan have for years given them to cancer patients as a treatment adjuvant to boost their immune systems (x). Take no more than 1,000 milligrams of turkey tail mushroom powder once daily.

Over the years, treatment outcomes for breast cancer have improved. In addition, clinical, animal and in vitro research has found new ways to combat this widespread disease. DCIS, a cancer of the milk ducts in the breasts, is an early-stage breast cancer with very successful treatment outcomes if found early. Patients can choose breast-conserving surgery, followed by radiation, or full mastectomy to remove it.

Supplements such as riboflavin extract, turkey tail mushroom and beta-glucan powder may support conventional breast cancer treatments. Talk to your doctor before taking supplements to determine whether they’ll make worthwhile additions to your treatment plan.