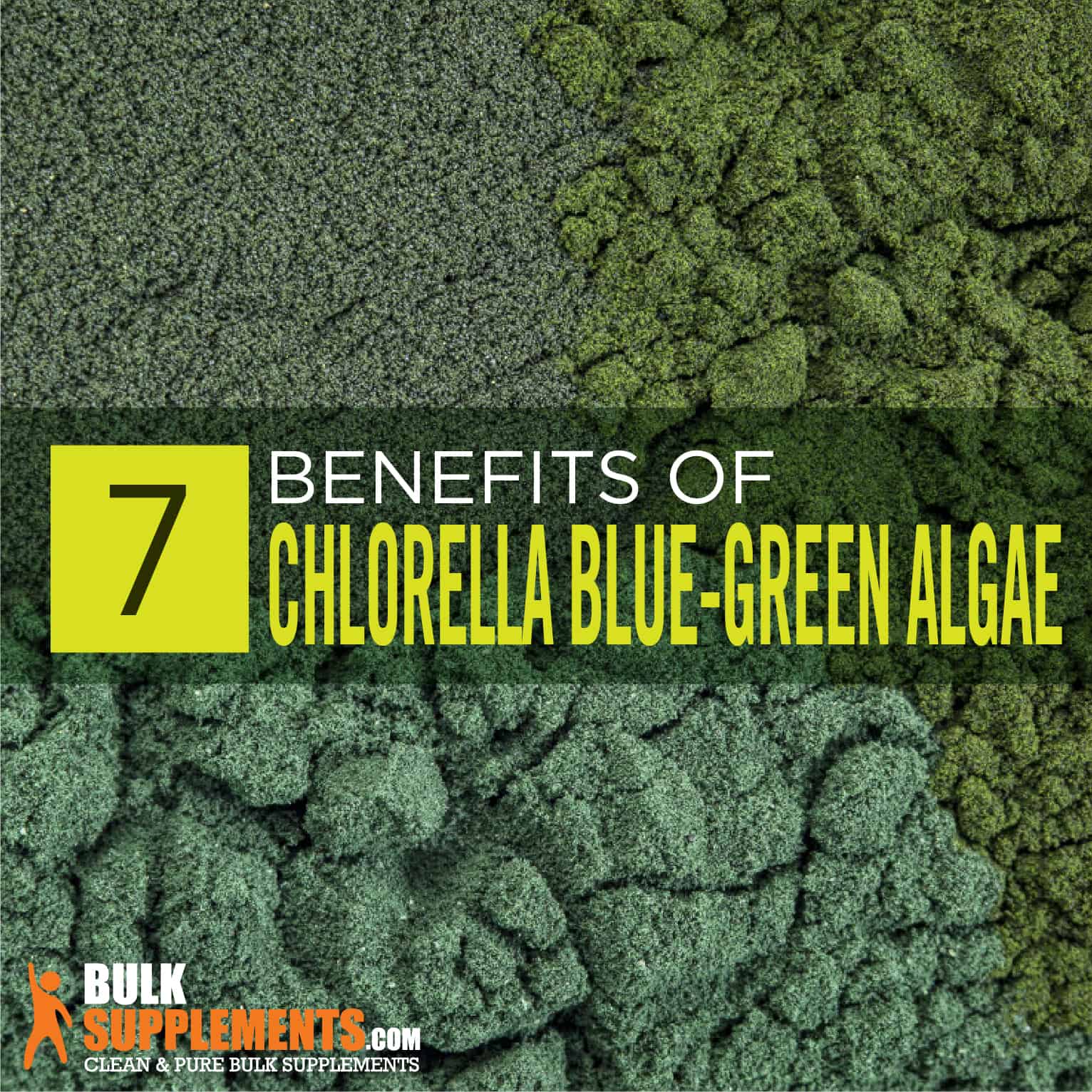 Chlorella is a type of single-celled algae. It multiplies quickly, thanks to the power of the sun. Since it only requires carbon dioxide, water, some minerals and sunlight, it is very efficient at turning sunlight into energy.

It’s used as a supplement because it’s relatively high in protein and contains carbs, fats and vitamins. Chlorella contains a number of mighty antioxidants, too. In addition, chlorella growth factor (CGF) can only be found in the cell nucleus of chlorella. CGF is a complex of substances including nucleic and amino acids. It’s so named because the Japanese scientist who discovered it saw that it was important for the development of young animals, including humans.

Chlorella is processed into either tablets or liquid extracts and is also available in capsules or powders. Since its cell walls are so tough, humans can’t digest it in its natural state.

Chlorella is not as easy to produce as the better-known but similar algae, spirulina. Unlike green chlorella, blue-green spirulina doesn’t have to be processed to be digested by humans. So, in the contest of chlorella vs. spirulina, chlorella is the underdog. More spirulina supplements are bought compared to chlorella tablets.

Chlorella and spirulina are both rich in nutrients, but the specific ones vary between the two types of algae. For example, chlorella is rich in chlorophyll, a powerful antioxidant. Spirulina contains more protein. Given that both provide plenty of benefits, taking supplements of both types of algae can be effective for good health.

Some early research shows that chlorella might help with anemia, or iron deficiency, in pregnant women. Its nutrients of folate, B12 and iron are likely the reason for this benefit (x).

Patients with gilioma-type brain cancer might find that chlorella tablets help them tolerate treatments of chemotherapy or radiation, as found in the Wiley Library. People with this type of cancer often end up with reduced immune function, leading to more infections. It helps bolster the immune system (x).

There are estrogen-mimicking compounds like BPA in our soil and water. Chlorella has been found to remove BPA’s estrogen effects, according to a study from the Society of Environmental Toxicology and Chemistry (x).

There are multiple chlorella benefits for our blood. It can help decrease total cholesterol and triglycerides in those with elevated blood pressure or cholesterol. It doesn’t increase the “good” (HDL) or lower the “bad” (LDL) levels, though. However, it contains niacin, fiber, carotenoids and antioxidants; all of these help improve cholesterol in different ways (x).

One study on young adults showed that chlorella improved aerobic endurance, as evidenced by a better ability to saturate the lungs with oxygen. This benefit is likely due to the fact that chlorella contains branched-chain amino acids, which have been shown to improve endurance (x).

Chlorella assists in reducing blood sugar levels (fasting blood glucose) and helps to clear glucose out of the blood in an efficient manner. In addition, it has been shown to increase insulin sensitivity for patients with non-alcoholic fatty liver disease. Low sensitivity leads to high blood sugar levels. Increasing how sensitive your body is to insulin allows the pancreas to avoid making too much (x, x).

When our arteries harden, blood pressure rises. High blood pressure is associated with a range of chronic diseases. Many nutrients included in chlorella like potassium, calcium and omega-3 help prevent arteries from hardening (x).

Antioxidants have been shown to fight chronic diseases such as diabetes. Taking chlorella, which is chock full of things like chlorophyll, vitamin C, lycopene and beta-carotene, improves the level of antioxidants in the body, as shown with cigarette smokers (x, x).

Likely due to the presence of all the antioxidants in chlorella, it helps to reduce inflammation. That’s important for respiratory diseases like asthma and chronic obstructive pulmonary disease (COPD). Chlorella tablets have a history of helping improve antioxidant levels in patients with COPD (x).

It helps patients infected with hepatitis-C with liver inflammation by lowering the marker of CRP (C-reactive protein). CRP is an indicator of inflammation (x).

There’s evidence it binds to toxins such as heavy metals and the chemical dioxin. Our bodies need trace amounts of some metals like copper and iron, but too much is poisonous to us. Generally, heavy metals such as cadmium and lead in the body come from either pollution or a job such as mining, where the worker is exposed to significant quantities of the metal. Chlorella has been shown to reduce the toxicity of heavy metals in different organs of the body, such as the kidneys, liver and brain (x, x).

Although the studies so far are small, there’s evidence that chlorella can boost the immune system for certain demographics. For example, men who took chlorella had a higher level of antibodies than those who didn’t. Antibodies are the immune system’s way of fighting foreign invaders in your system (x).

Chlorella itself, as an algae, is almost a food. In fact, in the 1940s, scientists thought it might serve as a secondary protein source for Americans. At that time, scientists were concerned that Americans might not be able to obtain enough protein in the future, so they looked to chlorella as an alternative source. However, they found that producing it in mass quantities would require not only artificial light, but bubbly water on a scale that made this idea impractical. Fortunately, other methods of increasing protein manufacture were developed.

In addition, scientists in the 1960s found that the cell walls were too tough for humans or other animals to digest. All of the many nutrients in chlorella couldn’t be accessed by using it as food. Instead, it’s treated so it can be absorbed by the body and then processed into supplement form. Its algae cousin spirulina can be consumed as food, though many take it in supplements as well.

Chlorella Side Effects and Dosage

There are no major (life-threatening) side effects associated with chlorella. The most common side effects include diarrhea, green stool, nausea, gas and stomach cramps. It may also increase sun sensitivity, especially for those with fair skin.

Anyone who is allergic to mold could find themselves allergic to chlorella as well. The algae sometimes contains iodine, so be careful if you are sensitive.

If you have a weakened immune system, you might want to avoid taking chlorella. It can increase the growth of “bad” bacteria in the intestines.

Since it contains significant vitamin K, which aids in blood clotting, it could decrease the effectiveness of warfarin (used for blood thinning) for people taking the medication.

With all the chlorophyll and protein it contains, chlorella could significantly improve your health if you take supplements. It helps the body detoxify from heavy metals and contains a number of important antioxidants. It is only available as a supplement, since we can’t digest it in its natural state. Moreover, it promotes healthy liver and arteries in addition to boosting the immune system for certain demographics. Side effects are generally mild, so taking chlorella has little downside.