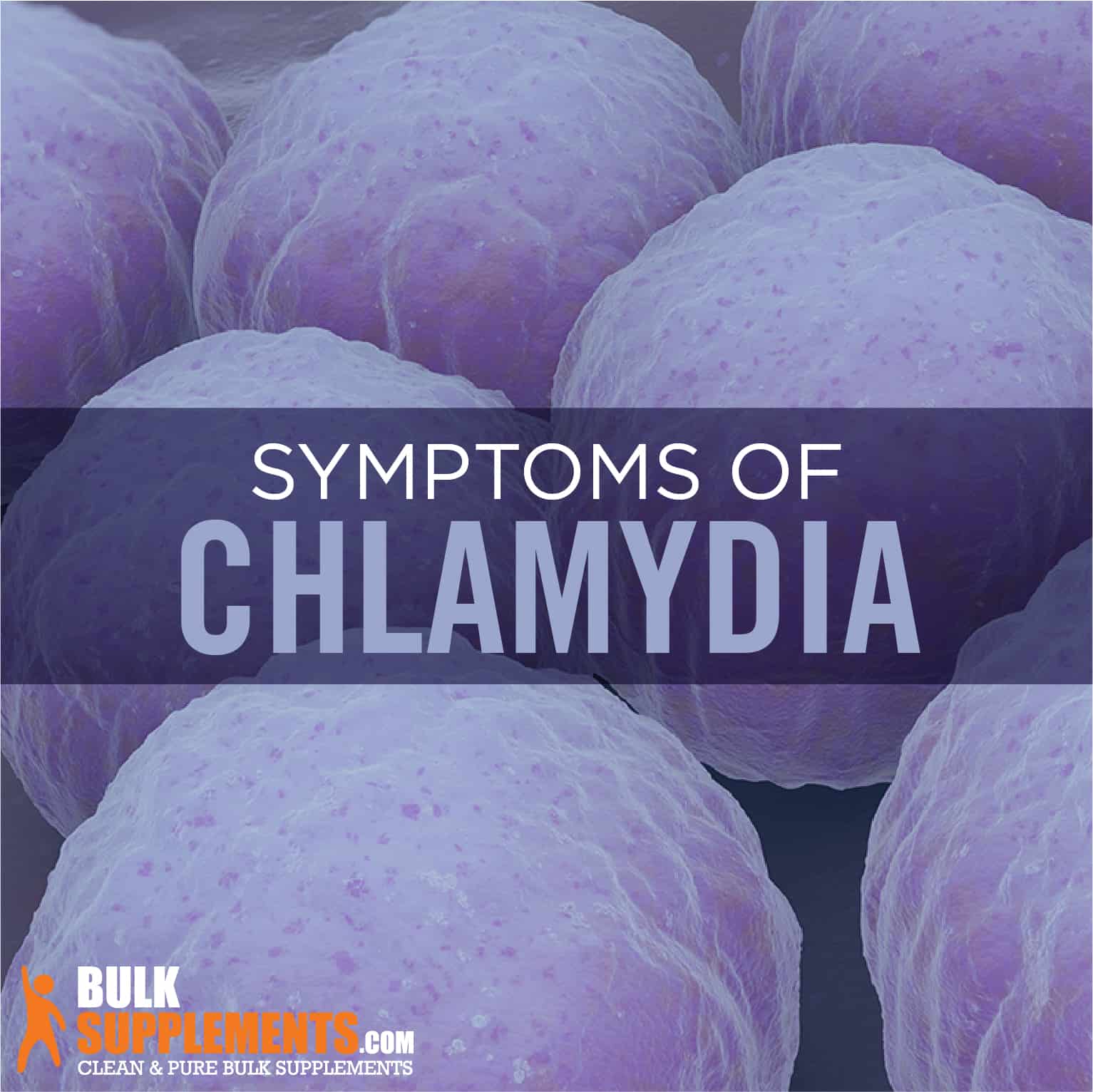 Chlamydia is a sexually transmitted infection caused by the bacteria Chlamydia trachomatis. In the early stages of the infection, the disease is hard to notice as it does not have any visible or physical symptoms. In fact, the Center for Young Women (x) estimates that 70 percent of men and 90 percent of women with the infection display no visible symptoms. This makes it hard to detect and may allow the patient’s body to suffer some complications prior to official diagnosis.

Chlamydia symptoms are very similar to those of gonorrhea, so careful diagnosis is necessary to distinguish the two for effective treatment. The infection is also similar to Lymphogranuloma venereum, which is another STI.

Although chlamydia is fairly common among adolescent and young adult women, it affects people of all age groups and genders. However, it is easy to treat, especially when diagnosed early enough. Regular screening is important in order to diagnose the infection and treat it in good time. The Center for Disease Control (CDC) recommends yearly screening for women under 25 years (along with older women) who may be at risk of contracting the disease to test for chlamydia and other STIs (x).

Chlamydia symptoms only manifest in the later stages of the infection. They appear differently for men and women.

Men can have chlamydia for weeks (or months) before noticing even the slightest symptom. This makes it easy for them to transfer the infection to their sexual partners unknowingly. Major symptoms include:

Chlamydia signs may appear as mild and ignorable, which may make it easy for anyone to overlook. However, it is advisable to visit a doctor and get the required treatment before the infection gets out of hand and causes serious complications.

In both genders, chlamydia can lead to redness in the eyes as a result of contact with infected semen or vaginal discharge during sex.

Chlamydia is caused by a bacterium called Chlamydia trachomatis, which may be the most common STI-causing bacterium in the world. It is usually present in vaginal discharge and semen. It is important to note, though, that penetration does not have to occur for the infection to be transmitted. Common ways of transmitting chlamydia include:

On the contrary, chlamydia cannot spread through casual contact such as shaking hands, sharing a toilet seat, bathing in the same sauna, hugging or holding hands. The best way to prevent chlamydia is to have protected sex or abstaining from it altogether. To avoid spreading the STI, the infected person should avoid having sex for at least a week after starting on treatment. Do note that chlamydia can increase the risk of contracting other STIs.

As mentioned earlier, gonorrhea and chlamydia have similar symptoms. This is why you should not self-diagnose, but seek medical advice if you suspect that you may have either of them. Similarities between the two include:

The two are, however, caused by different bacteria. For instance, gonorrhea is the result of an overgrowth of Neisseria gonorrheae. Also, symptoms of gonorrhea take longer to manifest and may not even manifest at all. Gonorrhea may be more severe in men than in women.

Some supplements and home remedies for chlamydia include:

Being a bacterial infection, chlamydia can only be cleared by antibacterial agents such as the berberine plant alkaloid contained in goldenseal. The compound has been found to play a significant role in clearing the body of harmful micro-organisms such as bacteria and viruses (x). These include chlamydia trachomatis and other similar strains that cause STIs.

The goldenseal supplement also stimulates the body to produce more white blood cells, which are the body’s primary defense against such infections. Goldenseal is an anti-inflammatory agent and can help ease the symptoms of chlamydia such as pain during sex and urination (x).

There is no standard dosage for the supplement, but a daily dose of 1,000 mg taken thrice daily should prove effective in a few days. One can also create a douche to remove the bacteria from the vagina or anus.

Garlic has been used for thousands of years in traditional medicine all over the world to treat a variety of problems such as high blood pressure, cancer, heart problems and diabetes. It is especially popular for its anti-bacterial properties, which makes it effective in treating a remarkable number of diseases. The active compound is called allicin and is a good agent against bacteria, viruses, fungi and protozoa (x).

Pregnant women with chlamydia stand the risk of delivering preterm — an effect of chlamydia that garlic may be able to counter (x). Garlic also has other benefits to offer including anti-inflammation properties that help to reduce the intensity of chlamydia’s symptoms, anti-cancer and circulatory system benefits.

It is possible to eat garlic raw, though it may be a little tough considering its pungent smell and sharp taste. It can also be taken as a supplement, usually in the form of tablets or powder. You should consult with your doctor before supplementing with garlic. This is especially key considering that too much garlic may interfere with the clotting of blood. This is particularly dangerous for people with conditions such as diabetes.

Echinacea, also called the eastern purple coneflower, is an effective anti-bacterial agent that has been used for centuries to fight many diseases. It was particularly useful as a treatment for snake bites, colds, coughs, flu and intestinal upsets. It strengthens the immune system to enable it to fight off micro-organisms more effectively while also cleaning the lymphatic system. Not to mention, it also helps to relieve the pain and inflammation characteristic to chlamydia (x).

Echinacea is quite versatile. It can be made into tea, which is more effective without extra additives such as sugar. It is simply prepared by boiling dried echinacea leaves for about thirty minutes before straining and draining to a cup.

Echinacea supplements are also available, usually in the form of capsules and powder. There are no standard dosages for echinacea, but the U.S. Department of Agriculture recommends 10 mg for every kilogram of body weight. For more effective prescriptions, however, it is advisable to consult with your doctor, disclosing your medical history and any medicine you may currently be taking.

Oregano oil or oregano extract is made by distilling medical-grade oregano in essential oil. It contains two active compounds; carvacrol and thymol. According to researchers and hundreds of studies, the former has proved effective in fighting a myriad of infections and diseases linked to bacteria, viruses and cancer cells (x, x).

There is no standard dosage for oregano oil. Therefore, it is best to consult with a certified professional. On average, however, adults can take 45 mg of it every day. Pregnant women and people with special conditions should also consult with their doctors to avoid adverse effects that may come with the string components of the oil.

This refers to foods and drinks that stimulate the growth of useful bacteria in the body. While almost everybody thinks of yogurt at the mention of the word, there are quite a number of other foods out there that can offer the same benefits. These include kefir, tempeh, kombucha and miso.

When ingested, these foods release healthy bacteria into the system and they counter the effects as well as the population of harmful bacteria, such as those that cause chlamydia. Additionally, they help with digestion, metabolism and detoxification of the body (x).

Chlamydia is an STI that affects both men and women, but is prevalent among young women under the age of 25. It is caused by the Chlamydia trachomatis bacteria and transmitted through contact with an infected person’s semen or vaginal discharge. It can affect various parts of the body such as the genitalia, the anus, throat and eyes.

The symptoms of chlamydia do not manifest immediately after infection and it may take weeks before the first sign is noticed. Characterizations include abnormal discharge from the vagina or penis and pain during sex and urination. Eye chlamydia causes redness while oral chlamydia has symptoms similar to a sore throat. Supplements such as echinacea and goldenseal can help relieve the infection. It is easy to treat when diagnosed, but untreated chlamydia can lead to severe complications.