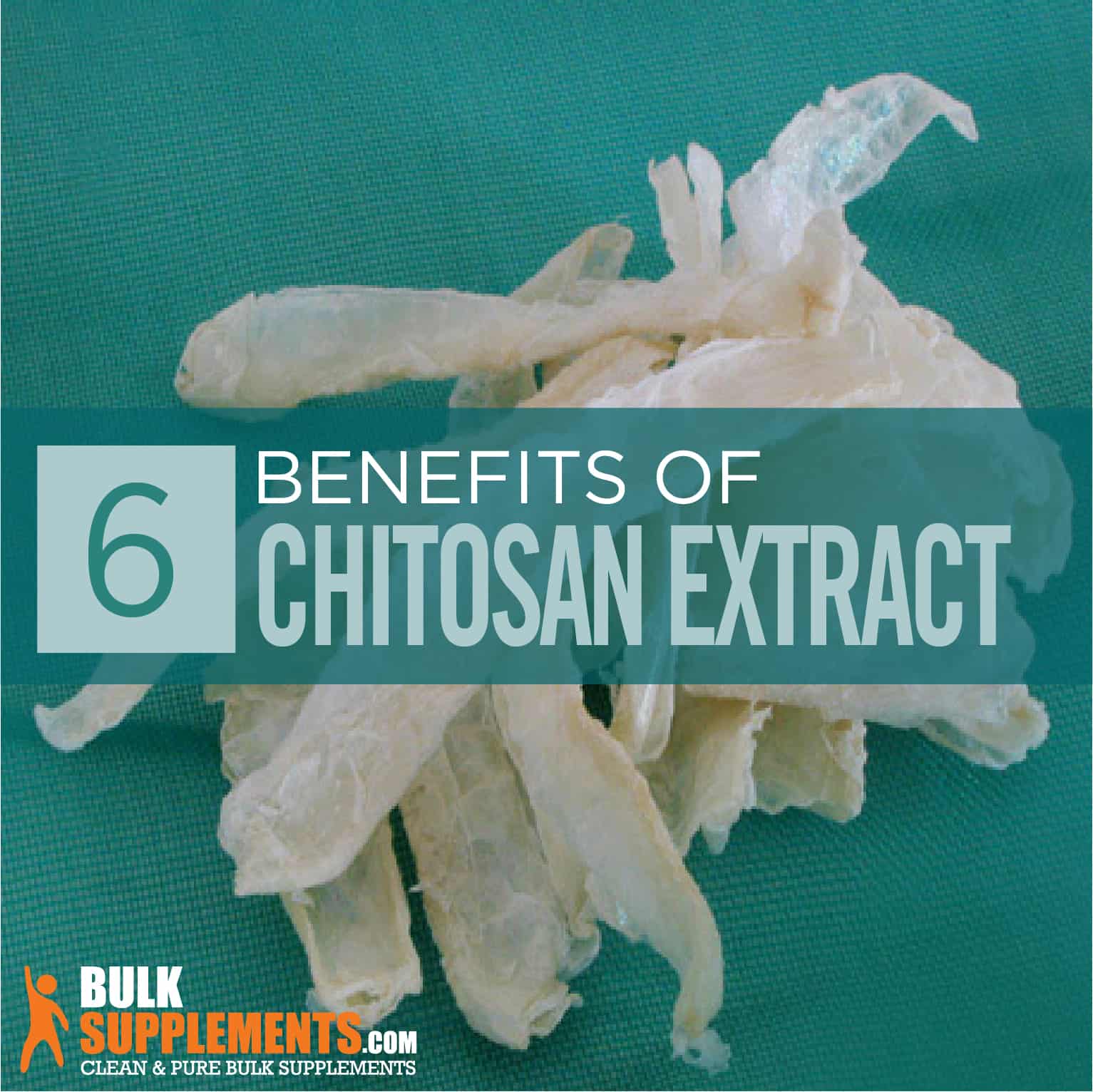 Chitosan is a fiber derived from chitin, a fibrous substance found in the exoskeletons of crabs, lobsters, shrimp and other shellfish. It boasts a number of important medicinal properties and biomedical applications.

First, its hemostatic (blood-clotting) and antibiotic properties help heal wounds. Second, it won’t dissolve in water or neutral solutions, but will in acidic ones, making it an effective mode of transport for drugs that need to pass through water in the body to get to targeted treatment sites. And third, it binds to fat to help fat excretion, potentially aiding weight loss without the side effects of other binding agents.

So how else can chitosan benefit your health?

Chitosan’s blood-clotting properties also make it an excellent addition to medical bandages. In 2013, the International Journal of Advanced Biotechnology and Research published a study that examined the healing properties of chitosan bandages on small cuts and burns on rats. The rats’ wounds healed quickly when treated with chitosan, which actively reduced blood loss and induced faster healing (x).

It could also kill bacteria that causes dental disease. Chitosan could inhibit the growth of cavity-forming bacteria when added to chewing gum, and it may prevent gum erosion when added to toothpaste (x) (x).

In 1997, the Journal of Pharmacy and Pharmacology published a study that examined chitosan’s effects in patients living with chronic renal failure. After 12 weeks of taking chitosan, many of the patients reported improved strength, appetite and sleep(x).

Chitosan could help you fight off infection by boosting your immune function. In 2012, the journal Molecular Immunology published a study that found a sugar derived from chitosan helped stimulate the immune system in the gut–where a large part of your immune system resides (x).

Because its amino groups share the same measure of acidity and alkalinity as the gastrointestinal tract, chitosan can assist in lowering cholesterol. Researchers found that chitosan’s amino groups bound to lipids (fats) and bile, reducing their absorption into the body and benefitting your overall heart health (x).

Many studies have examined chitosan’s effect on weight loss. In 2016, Nutrition Journal published a single-blind, placebo-controlled clinical study to determine chitosan’s efficacy in promoting weight loss. In the study, overweight subjects each lost between four and seven pounds over 90 days when given 500 mg chitosan capsules daily (x).

Huperzine A: Benefits, Side Effects & Dosage

Side effects from chitosan are usually mild and include gas, constipation or mild stomach upset. Because it hasn’t been studied in pregnant or nursing women, talk to your doctor before taking chitosan if you’re nursing or pregnant.

Avoid taking chitosan if you have a shellfish allergy, or if you take blood-thinners.

You can find chitosan supplements in several different forms, including tablets, pills and capsules. You can also take chitosan extract powder, which contains a high concentration of beneficial compounds.

If you opt for the powder, as a dietary supplement, take 1,000 mg (about 1/3 tsp) up to three times daily, or as directed by a physician. For best results, take 30 minutes before each meal with at least 8 ounces of water.

Chitosan’s benefits are numerous. It can help wounds heal, stimulates the immune system, keeps your heart healthy and more. To reap its benefits, add a chitosan supplement to your daily routine.

The 9 Best Supplements for Keto Diet