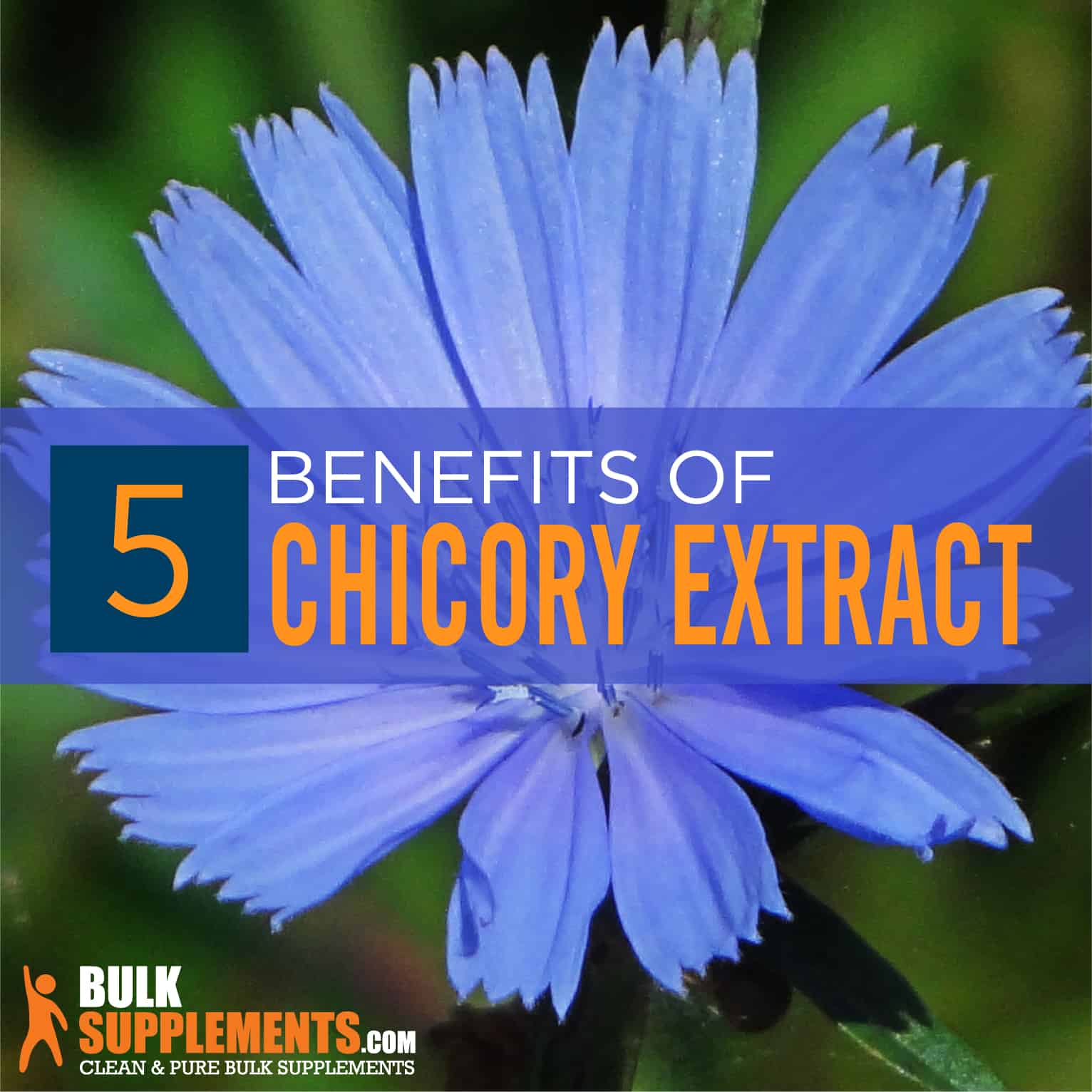 Chicory, or Cichorium intybus, is an herb found throughout Europe, the United States and Australia. It thrives in the wild, but is also grown intentionally for culinary and industrial purposes. Chicory is in the same botanical family as dandelion, ragweed, marigolds and chrysanthemums.

A whopping 40 percent of this plant is comprised of inulin, which is an oligosaccharide (a type of carbohydrate fiber). Chicory also contains other beneficial compounds like polyphenols.

Chicory is cooked and eaten as part of a normal diet or turned into tea and other beverages. People also use it as a dietary supplement and food additive. Chicory extracts come from the roots and/or aerial parts of the plant and can come in the form of powders, liquids or capsules.

It is a fantastic source of prebiotic fiber and, as such, can be very beneficial for digestion, weight management, heart health and overall well-being. It is also a good source of antioxidants.

Most naturally grown foods such as fruits, vegetables, whole grains and legumes contain fiber. Even though your body doesn’t digest it, fiber is a powerful nutrient that the digestive system needs to function properly. There are two different kinds of fiber, and both play an essential role in promoting a healthy diet and lifestyle.

The first kind is soluble fiber (which is the primary type found in chicory root). Soluble fiber dissolves in water and helps to slow digestion, eliminate cholesterol and promote stable blood sugar levels.

The second is insoluble fiber. This fiber helps promote regular bowel movements and plays a role in weight control by making people feel fuller, longer after eating. Many high-fiber foods will have a combination of both fiber types. Diets high in fiber are linked to a lower risk of cancer, diabetes, obesity and cardiovascular disease (x).

Inulin is a specific type of soluble fiber. Foods like bananas, onions and wheat contain inulin, but chicory has an unusually high concentration of it. Inulin gets a lot of attention because it’s a “prebiotic,” meaning it’s a dietary fiber that feeds and promotes the growth of healthy bacteria in our guts, which aid in healthy digestion and stronger immune systems (x).

Studies show that American adults consume more than 300 milligrams of caffeine per day, with around 90 percent of them consuming some form of caffeine at least once per day. It’s America’s most popular drug of choice. Even decaffeinated versions have small amounts of caffeine in them. Unfortunately, caffeine can exacerbate stress symptoms in the body. A 2006 study published by Pharmacology Biochemistry and Behavior reported that participants who repeatedly consumed caffeine showed a significant elevation in cortisol levels, which can cause higher levels of stress, among other issues (x).

Some people love the effects of caffeine. But for those looking to reduce their caffeine intake, roasted chicory root is a great coffee substitute. “Chicory coffee” feels smooth and creamy, similar to how fats feel when consumed, and has a rich, earthy, coffee-like flavor. It also has many other similarities to its coffee counterpart without the adverse effects of caffeinated coffee beverages.

Chicory root extract has compounds in it known as polyphenols. Polyphenols are phytochemicals present in natural plant food sources that have high antioxidant properties. They help neutralize free radicals in the body. If free radicals are not kept under control, they can cause inflammation and even tissue degradation. Polyphenols are vital in reducing inflammation in the body. This is important because inflammation is the root of many diseases. When you lower your body’s inflammation levels, you decrease the chances of developing a variety of additional health problems (x).

Inulin, the fiber in chicory root, is not only good for digestive health. Studies show inulin also has the ability to reduce levels of LDL cholesterol, or “bad” cholesterol, in the body. LDL cholesterol is one of the leading causes of high blood pressure because, under certain conditions, it prevents the flow of blood by binding to arteries and veins. In turn, this makes it harder for blood to flow throughout the body freely. When arteries and veins are not at their prime, the risk of heart attacks and strokes goes up (x).

By now, we’ve established that chicory is a rich source of dietary fiber. Fiber aids in healthy and natural weight management and weight loss because it fills you up faster and keeps digestion running smoothly. It can also help reduce appetite. Inulin fiber has a unique quality in that it assists with the regulation of ghrelin. Ghrelin is an amino acid that modulates feelings of hunger and food-seeking. A study done by Obesity Research concluded that by reducing the body’s production of ghrelin, people are less likely to overeat. Chicory root extract aids in the reduction of ghrelin, which lowers over-indulgent behavior and even promotes satiety (x, x, x).

Chicory root is a favorite for food manufacturers to bulk up the fiber count in packaged foods. Food makers extract the inulin from the chicory root and add it into their products. These products are often highly processed foods that otherwise wouldn’t contain much fiber. Chicory extract can also be a substitute for fat in processed food as it can positively enhance the texture of some products. Consider that the next time you take a trip to the store and read over food labels. If you find a package of cookies that lists a higher fiber content than a big cup of vegetables, it may be all in the production. If something is “low fat” but doesn’t taste so, it could be altered with chicory.

Chicory is an edible plant. Its supplements are also safe for most people if taken according to directions on the label. Additionally, the FDA recognizes inulin (a main compound in chicory root) as generally safe to consume on a daily basis. This means that it is typically safe when orally consumed in amounts found in regular foods. People who are allergic to chicory or plants in the Asteraceae/Compositae family should not take chicory root extract. Those with gallstones or are pregnant or nursing should also avoid it.

The most common side effect of chicory and its extract is gastrointestinal discomfort, gas and bloating. Studies suggest that amounts of chicory root extract that provide greater than 10 grams of inulin are more likely to cause these side effects (x, x).

Chicory is a regular part of some people’s diets. Whether cooked and eaten, roasted and turned into “coffee,” or added to processed food, we may consume more of it than we realize. With its impressively high prebiotic content, it can promote healthy gut bacteria and digestive function. Chicory root extract can even help people suppress appetite, feel more satisfied after eating and ultimately manage their weight.