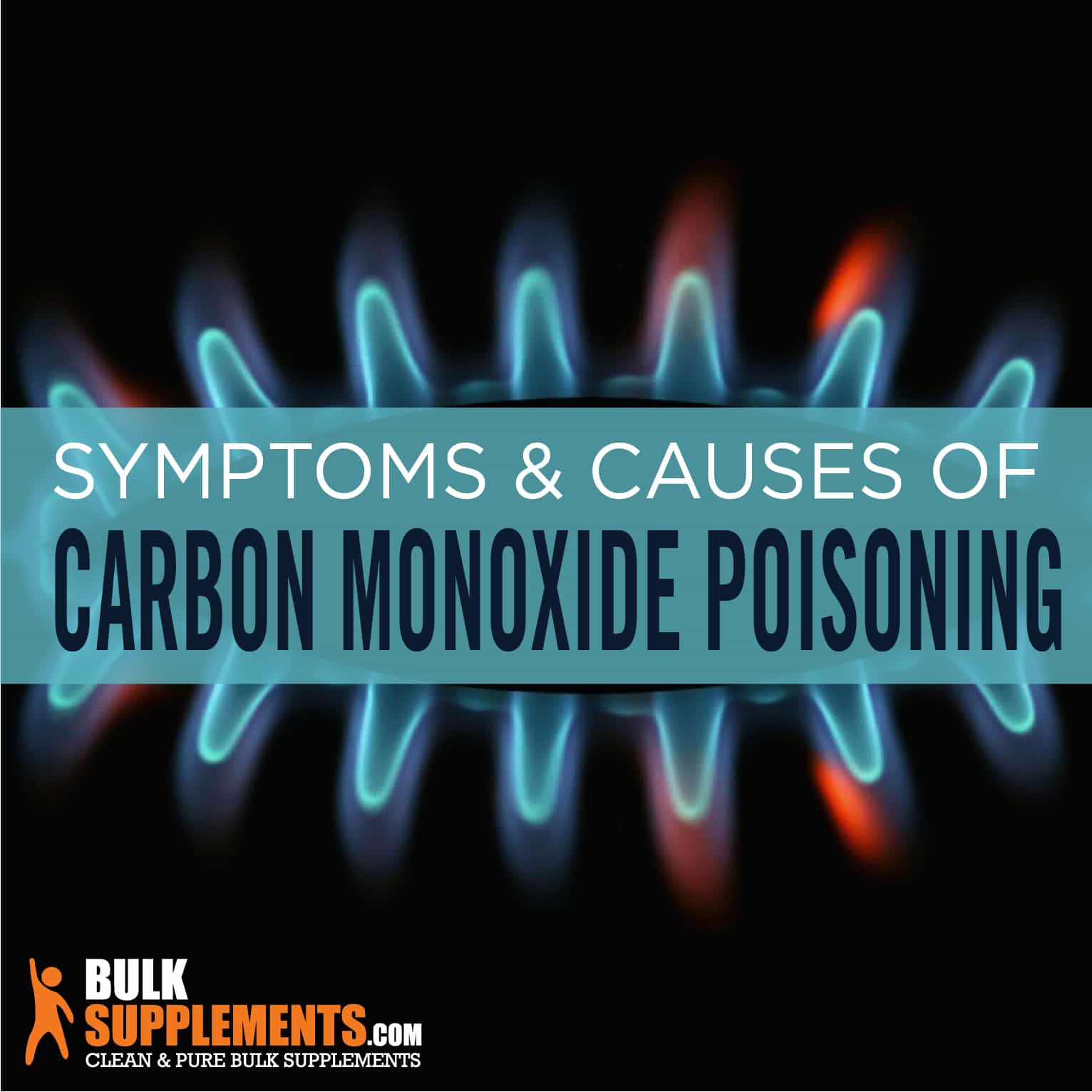 Carbon monoxide poisoning occurs when you have too much carbon monoxide in your body. Carbon monoxide is a poisonous colorless, odorless and tasteless gas, and it’s a byproduct of burning materials that contain carbon, such as propane, charcoal, wood, gasoline and natural gas (x). Many know it as the “silent killer” because neither humans nor animals can detect it. It can be fatal.

Everyday household items that burn fuel put out a little carbon monoxide. Grills, ovens, portable generators and water heaters all do it. However, improper or nonfunctional ventilation can allow carbon monoxide to accumulate to dangerous levels. When there’s too much carbon monoxide in the air, it enters the bloodstream and mixes with hemoglobin to form carboxyhemoglobin (x). Once it displaces the oxygen in your blood, cells and tissues throughout your body fail and die. And major organs such as the heart and brain stop working.

As carbon monoxide builds up in your blood, though, it can cause more severe symptoms, such as loss of balance, memory problems, chest pain, depression, loss of consciousness and even visual problems (x).

Other Causes of Carbon Monoxide Poisoning

Carbon monoxide poisoning can cause severe, long-lasting complications. Here are some of them:

Carbon monoxide poisoning may cause progressive memory loss and concentration difficulty. It could also lead to hearing and vision loss. Prolonged exposure to carbon monoxide has even shown to cause parkinsonism, a neurological disorder resembling Parkinson’s disease. Parkinson’s disease is a chronic neurological (brain) condition characterized by stiffness, shaking and slow movement (x).

Prolonged exposure to carbon monoxide gas emissions may cause heart damage and coronary heart disease (x). Moreover, this condition is characterized by involuntary urination. Some with severe carbon monoxide poisoning have shown this symptom (x).

The signs and symptoms of carbon monoxide poisoning are unspecific and can be hard to attribute at first. The flu and similar health problems show matching symptoms to early-stage carbon monoxide poisoning. Your doctor may suspect complaints of nausea and severe headaches during winter months to be early symptoms of the flu, especially if other household members, co-workers or even pets have similar symptoms.

The blood test can also help your doctor look for other health problems exposure has caused. Blood test results for smokers can be difficult to interpret as smokers already have higher than normal levels of carboxyhemoglobin in their blood.

Native to the United States, peppermint can help ease the mild symptoms of carbon monoxide poisoning — nausea, stomach pains, dizziness and vomiting. Peppermint has a long, global history of use in folklore, and scientific evidence supports its ability to relieve stomach disorders and nausea (x). Seven hundred milligrams (about 1/3 tablespoon) of peppermint extract can be taken once or twice a day to help ease some of these symptoms.

In the hospital, if you have symptoms consistent with carbon monoxide exposure, doctors will administer standard oxygen therapy. It involves administering high-flow 100 percent oxygen through an oxygen mask to displace carbon monoxide in the blood and speed up the production of oxyhemoglobin. The therapy will continue until your carboxyhemoglobin blood levels fall below 10 percent.

How to Prevent Carbon Monoxide Poisoning

Safe Use of Vehicles

Safe Use of Fuel-Burning Appliances

To minimize your chances of getting carbon monoxide poisoning, ensure you wear a mask when using products that contain methylene chloride, and use them outside and in well-ventilated spaces. Also make sure rooms are well ventilated and air vents are opened. Do not sleep in rooms that have paraffin heaters.

Be sure a qualified sweeper regularly checks and sweeps all chimneys, flues and vents. Finally, install a carbon monoxide alarm to detect high levels of carbon monoxide. Remember that these alarms only serve as backup safety measures and can’t replace the need for regular appliance checks and servicing.

Carbon monoxide is a silent killer that can be deadly within minutes if you breathe too much in. Sources that burn fuel emit it, and common household items such as generators, charcoal grills and cookers put people at risk of exposure to this poisonous gas.

Symptoms of carbon monoxide poisoning can be mild — nausea and stomach pain — to severe and can cause long-term issues, such as heart damage. Mild symptoms can be relieved with supplements such as peppermint extract, but severe ones will require high doses of oxygen to alleviate.