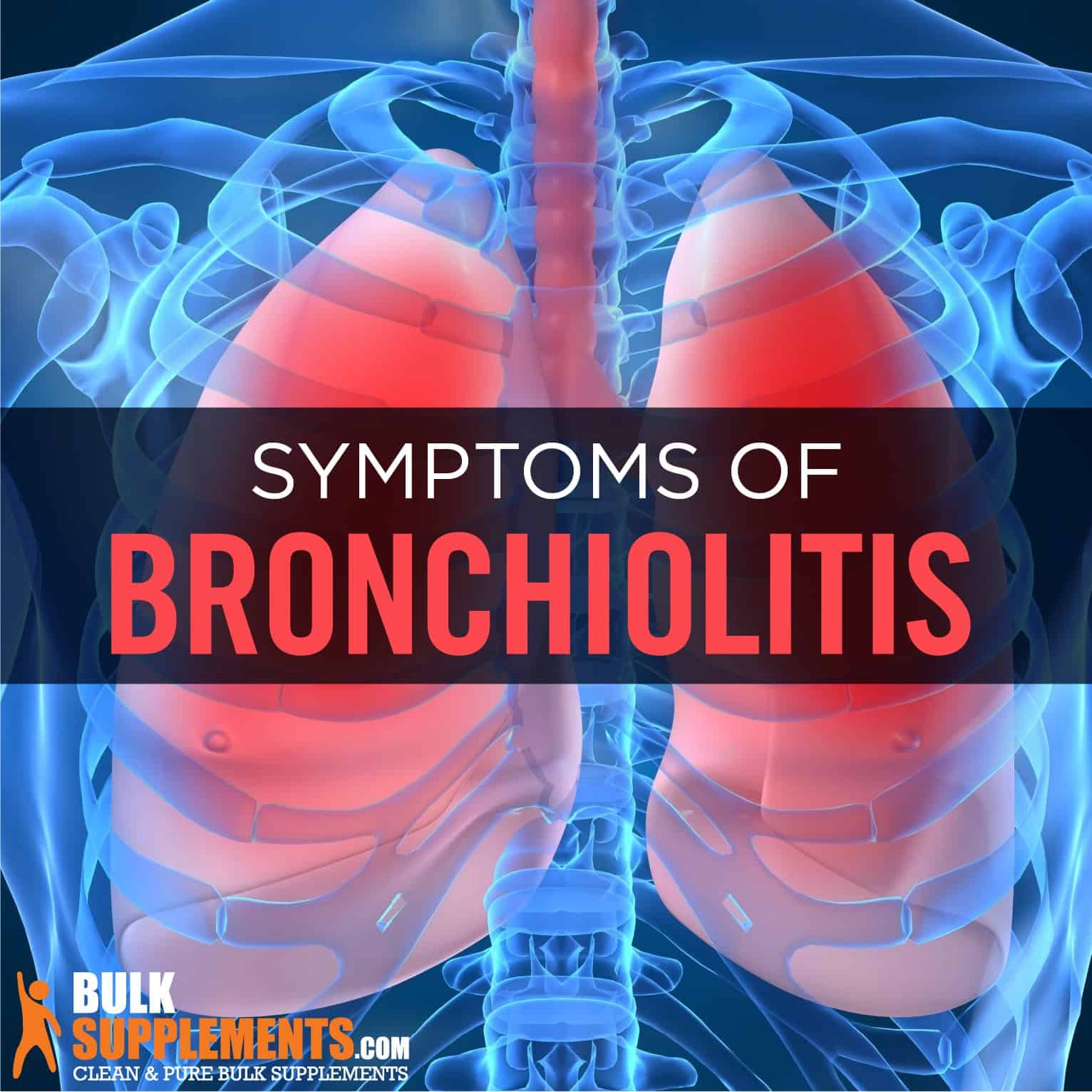 Bronchiolitis is an inflammatory lung condition that affects the bronchioles (the smallest airways in the lungs). Bronchioles control the lungs’ airflow. When they’re damaged or infected, they may become clogged, swollen and scarred. This then blocks oxygen flow.

There are two types of bronchiolitis; one that is more common among infants and young children and another that is only seen in adults:

Most cases of viral bronchiolitis don’t require medical intervention. However, understanding symptoms can help parents and caregivers determine when to seek emergency care for their children. In addition, since bronchiolitis obliterans can develop into a chronic condition that causes permanent scarring in the lungs, recognizing it and addressing it early can help improve outcomes. Medication, changing a person’s breathing environment, supplemental oxygen and even dietary supplements can help ease bronchiolitis.

Symptoms of bronchiolitis in children usually start out with what seems like a common upper respiratory infection and then spreads deeper into the lungs. Before bronchiolitis develops, a baby or young child may experience (x):

Take your baby in for immediate care or call your doctor if you observe any of these symptoms (x):

Brochiolitis in adults, which is very different, may start six to eight weeks after a prior respiratory infection or exposure to certain inhaled chemicals. Symptoms progress and worsen slowly over time and include (x):

Viral bronchiolitis, the type that usually affects young children, is caused by viruses that infect the lungs such as (x, x):

Viral bronchiolitis affects children aged 2 and under, though it usually occurs in infants aged 3-9 months. Some risk factors for bronchiolitis in children and infants include (x):

This rare condition sometimes occurs without a clear cause. It can be severe, leading to death if untreated in some cases. Here are some possible causes of bronchiolitis obliterans (x):

Bronchiolitis and bronchitis are related conditions that affect the airways. However, they occur in individuals at different ages and in different areas of the lungs.

Bronchiolitis mostly affects toddlers and infants aged 2 and under and is caused by inflamed bronchioles that accumulate mucus, making it difficult to breathe. On the other hand, bronchitis mostly affects adults and older children. It leads to inflammation of the upper airways — the upper bronchial tubes and trachea.

Additionally, bronchiolitis normally disappears within a few weeks while bronchitis may turn into a chronic (long-term) problem, and is often triggered by lung irritants such as cigarette smoke. Both conditions, however, may be caused by a virus.

Since bronchiolitis can cause breathing failure, keeping in touch with a medical professional and following his or her instructions is advised. Treatment of bronchiolitis includes managing viral and respiratory symptoms to promote better oxygen flow and allow the body to heal. In some cases, medication must be prescribed. Certain dietary supplements can also support the immune system and reduce severity of symptoms.

Children and adults with bronchiolitis will likely eat and drink less often than usual. While it’s not necessary for them to drink more fluids than usual, preventing dehydration is important. For toddlers and older children, keep water, juice or an electrolyte drink on hand at all times and give them a sip often. For infants, give them the bottle or breast regularly when they’re awake (x).

If you’re concerned that your child isn’t drinking or eating enough, take them to a doctor. The doctor can recommend a non-prescription electrolyte drink specifically made for children or can ask you to bring the child in for IV fluids.

If an adult or child prefers food to drink, these foods contain lots of water and electrolytes that can help keep them hydrated:

You may want to clear mucus from your child’s nose or mouth. This can make breathing easier for them and can affect how much oxygen gets into their bloodstream.

You can use suction tools like suction bulbs or, alternatively, other over-the-counter options such as Nose Frida. Using suction bulbs, you can also carefully remove mucus from your baby’s mouth (x).

If your child has a fever, speak to your doctor about how best to treat it. Children under the age of 19 should not take aspirin or aspirin-containing products (x).

However, there are various ways to naturally relieve a fever that can be safe for babies and young children, as well as older children and adults. Basic tips include a lukewarm bath, giving them ice pops or cold drinks and a cold compress on the forehead (x).

Using a humidifier is also a safe, short-term way to help people with bronchiolitis breathe more easily (x). However, humidifiers can cause respiratory illnesses and other issues if they’re not clean or used properly. Follow the directions for use on the humidifier and also ensure it’s clean.

It’s also recommended that you avoid possible air irritants at home, such as:

In one study of young children, researchers found that those with a genetic variation that prohibited them from properly metabolizing vitamin D had more cases of acute lower respiratory infections like bronchiolitis. This suggests that vitamin D does in fact play a role in the body’s ability to fight infections (x).

You can find vitamin D drops over the counter for your infant or toddler, while adults and older children can take it in pill or capsule form. Check with a healthcare provider for proper dosage.

N-acetylcysteine (NAC) has been shown in studies to support the respiratory system and help with the recovery of lung conditions including bronchiolitis. Not only is NAC a precursor to the antioxidant glutathione, it works to clear mucus out of the lungs (x, x).

One study showed that NAC given via a nebulizer helped children feel better quicker and get discharged from the clinic earlier than those who were given the drug salbutamol (x).

As a general dietary supplement, the recommended dosage is 600mg taken up to three times per day. However, if you are your child is sick, it’s very important to discuss proper dosage and administration with a healthcare provider first.

Viral bronchiolitis in children can usually be treated at home but sometimes requires medical intervention including hospitalization. Treatment depends on the severity of the condition and the overall health of the child. It can include (x, x):

Medical treatment for bronchiolitis obliterans is a little different and depends on the underlying cause. Some ways this condition is treated is through (x):

Bronchiolitis refers to a condition of inflamed bronchioles. Infants and very young children are susceptible to the viral type. Several viruses, most commonly RSV, can lead to what at first seems like a common cold but later causes breathing difficulties. Children with this type of bronchiolitis usually recover at home through rest, hydration, and management of symptoms.

Bronchiolitis obliterans, on the other hand, affects adults and has different underlying causes. This condition can arise from inhaling chemicals, smoking, or be the result of an autoimmune disease. Sometimes the cause is unknown. Like viral bronchiolitis, this type causes breathing difficulties. Unlike the viral kind, however, it can cause scarring of the bronchioles and become chronic. Treatment depends on the cause and includes medications and lung transplant in some cases.

Vitamin D can help boost the immune system and help fight viruses while NAC has been shown in studies to help improve breathing for people with acute and chronic lung conditions.