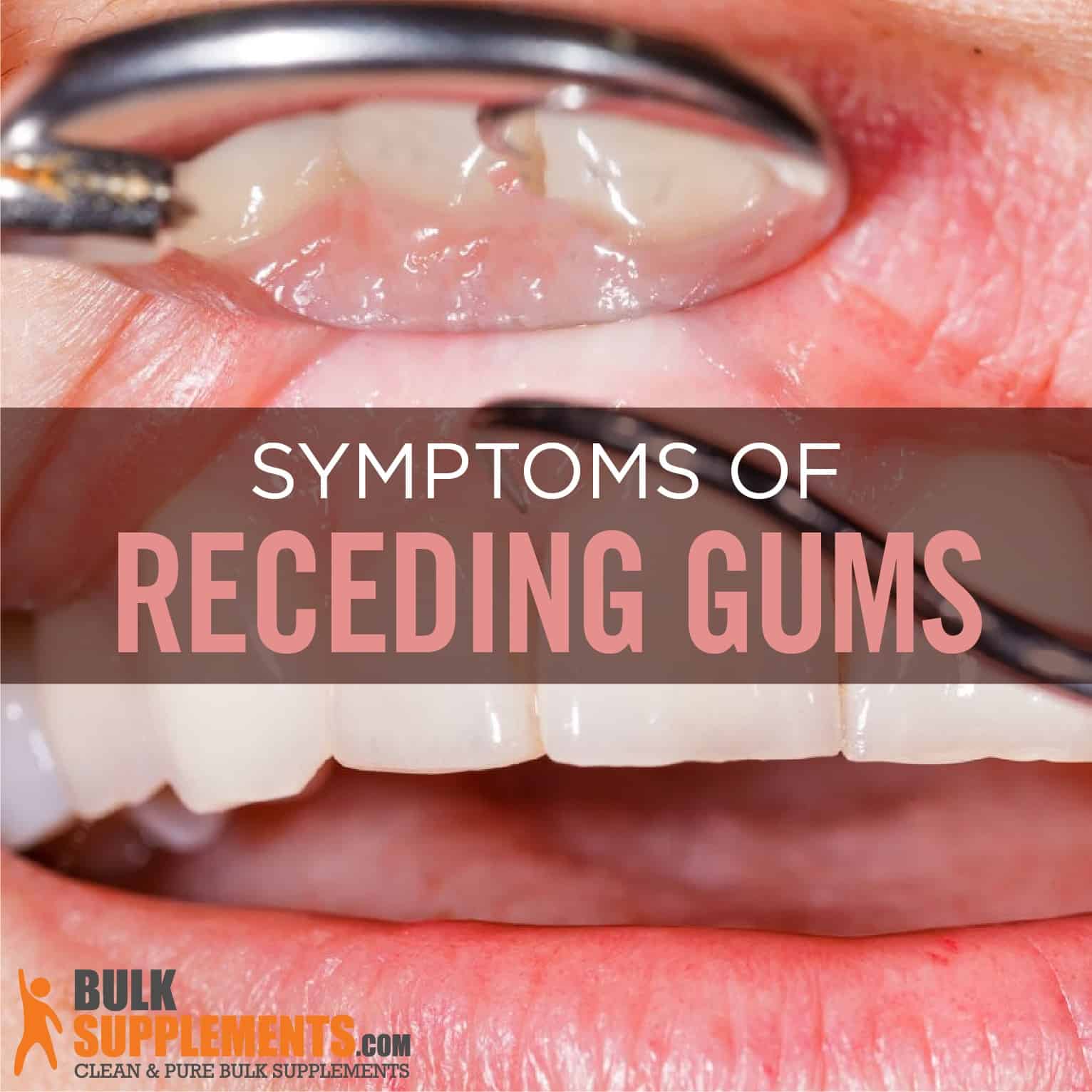 What are Receding Gums?

Receding gums is a dental condition that occurs when the gums surrounding the teeth wear away or pull back, exposing more of the teeth and their roots. This condition causes pockets or gaps to form between the tooth and the gums, making it easier for disease-causing bacteria to build up. Untreated, this can lead to further decay of the bone structure and can ultimately result in tooth loss.

A receding gum line can occur for several reasons, some controllable, others not, such as genes and gum disease. Gum disease is the leading cause of this condition, and over 30 percent of the population is predisposed to it, regardless of their dental care (x). Other causes include poor dental hygiene, such as avoiding or missing checkups, not flossing, or brushing too aggressively, which destroys the enamel on your teeth.

If receding gums is not a genetic issue, preventing the condition is simple. First and foremost, go to the dentist. The only one who can predict and help prevent this condition is your dentist. Regular dental checkups and cleaning your teeth effectively can significantly improve the health of your gums. Your dentist will show you the correct way to brush your teeth, such as using a soft-bristled toothbrush.

Other ways to prevent receding gums include not smoking, eating a well-balanced diet and always monitoring any changes that may occur in your mouth.

Exposure of the Tooth’s Root Surface

It is not hard to identify receding gums. The gums will start to pull back slowly over time, exposing more of the root surfaces of the teeth. This can lead to the loss of teeth.

A common characteristic of this condition is sore gums. Gums may be red and painful. In extreme cases, bleeding may occur.

Receding gums can cause bad breath due to the formation of pockets in which bacteria grows, causing the bad breath.

Teeth become very sensitive when the gums are receding, and this can sometimes be painful. If the pain worsens, consult a dentist.

Poor oral hygiene is the leading cause of receding gums. Oral health not only includes correct brushing and flossing, but regular dental visits and self-monitoring of your teeth and gums.

Brushing and flossing your teeth regularly while eating a healthy diet are an essential part of good oral hygiene (x).

Diabetes can cause receding gums and other oral health problems. In fact, the relationship between the two conditions is a bit symbiotic — diabetes negatively affects receding gums and receding gums make it harder to control diabetes. Functions such as immune functioning, neutrophil activity and cytokine biology are affected. If you have diabetes, be sure to speak with your doctor and dentist about ways to be extra careful when it comes to your oral health (x).

Smoking has lifelong damaging effects to the entire body and is detrimental to oral health. It increases the chances of receding gums, gum infections and tooth decay. The best solution is to quit smoking to avoid further gum loss and, eventually, tooth loss (x).

Pregnancy can cause gum disease due to hormonal changes. Other symptoms that might arise during pregnancy include clenching the jaw and grinding the teeth, which can also lead to dental problems.

Remedies and Supplements for Receding Gums

Peppermint essential oil is an excellent natural remedy for fighting receding gums. It has been used for centuries to fight off and prevent the growth of disease-causing microorganisms. Which is no surprise why it’s the main ingredient in the majority of toothpaste and other oral hygiene products. Peppermint helps to prevent pockets or gaps that occur from receding gums from filling up with disease-causing bacteria and leading to further damage (x).

Aloe vera is a well-known healing plant and is a highly effective supplement for treating receding gums and other periodontal diseases. It can be applied directly to the inflamed gums for reliving the symptoms of periodontitis, gingivitis and gum recession (x).

Improving oral hygiene is a simple and easy way to prevent receding gums and other oral health issues. Some helpful tips for good oral health include:

Another natural treatment is oil pulling in which you swill coconut oil around inside the mouth for 20 seconds, which removes small pieces of food and bacteria from between the teeth. Other oils that can also be used include peppermint oil, eucalyptus oil, tea tree oil and thyme oil.

Receding gums occur when the gums surrounding the teeth wear away or pull back, exposing more of the teeth and their roots. This dental condition can happen due to several reasons, including genetic abnormalities, poor dental hygiene, gum disease, diabetes, smoking and pregnancy. Symptoms of the condition range from exposure of the teeth’s roots and painful gums to bad breath and sensitive teeth. Remedies for relieving and treating receding gums include peppermint oil, turmeric, aloe vera and hydrogen peroxide paste, along with improving oral hygiene.