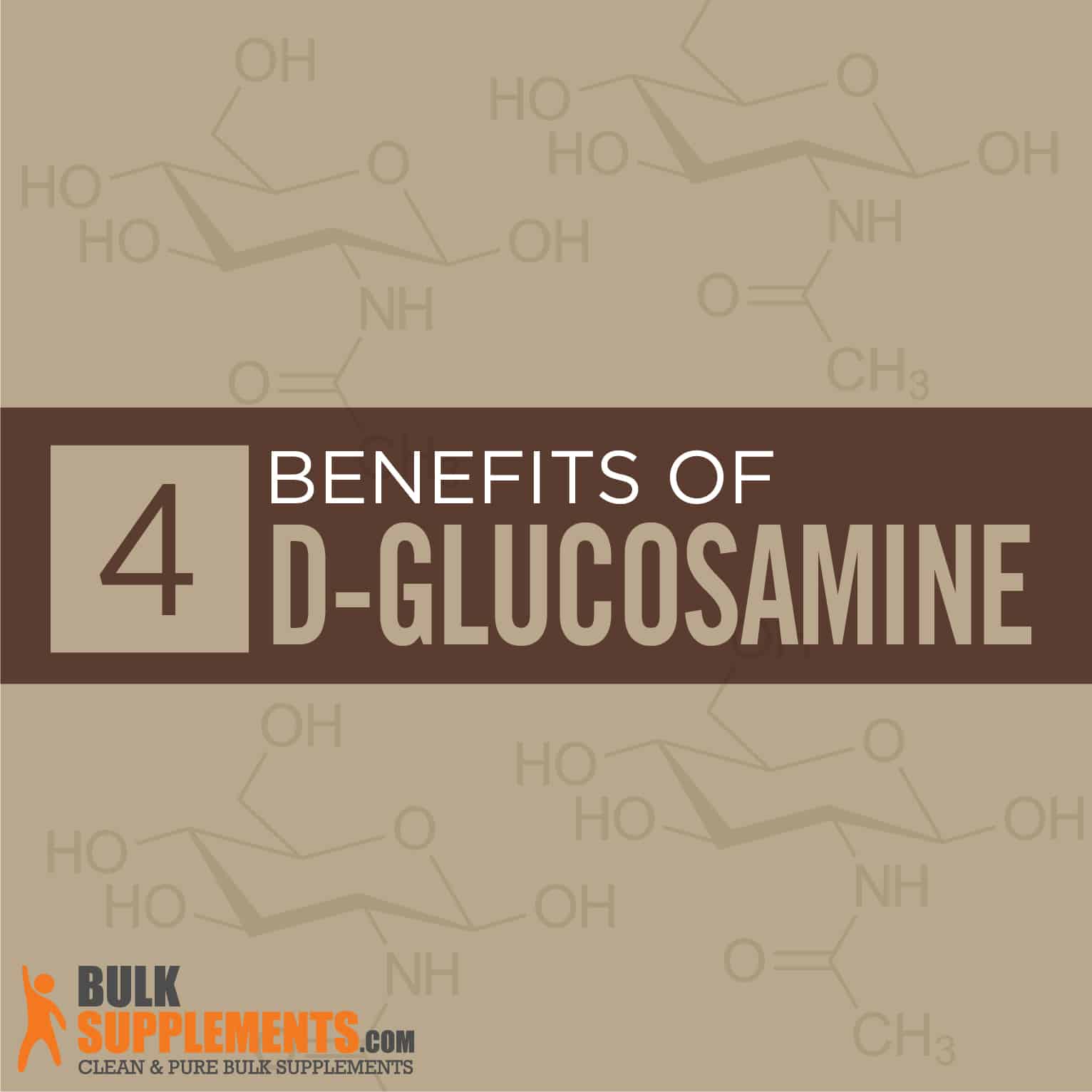 D-glucosamine is a very popular dietary supplement. It’s been the subject of much research and can actually make a significant difference in quality of life for some people.

Naturally made in our bodies, D-glucosamine is an “amino sugar” found in the fluid around the joints and in connective tissue (x). Taking it as a supplement can help relieve discomfort of joint degeneration, like in the case of arthritis. It can even help prevent arthritis from getting worse.

Which should you choose? There is more research around D-glucosamine sulfate than HCL, though this isn’t to say that the HCL form is inferior. In fact, it may actually be more beneficial for some people. For instance, the sulfate form may work better in cases of osteoarthritis whereas the HCL form may be more effective for those with rheumatoid arthritis (x).

Researching the issue for yourself to determine which form would be best for your specific needs can get tricky. This is the because the form of D-glucosamine used in the studies isn’t always specified in the information available to the general public.

That said, there is some pretty solid evidence that both the sulfate and HCL forms of D-glucosamine are safe for most people to use, and both can provide benefits.

Osteoarthritis is a painful, degenerative condition where the cartilage surrounding bones wears away or undergoes changes. While this can happen in many places in the body (spine, hips, knees, jaw), it’s most common in the knee. Long-term wear and tear is one cause of OA, which is why older people tend to be at a higher risk. Those also at a higher risk include women and people who are overweight (x).

D-glucosamine falls into the category of compounds called “Symptomatic Slow Acting Drugs On Osteoarthritis” (SYSADOA). In other words, it’s often part of a larger treatment plan to relieve pain of OA and slow its progression.

Rheumatoid arthritis (RA), on the other hand, is an autoimmune disease that also results in damaged cartilage. RA can be painful and debilitating like OA. D-glucosamine can treat both types of arthritis (x).

Lots of research shows that both forms of D-glucosamine help improve pain and mobility in those with OA and RA. They are “slow acting,” however, and studies suggest that it can take anywhere from two weeks to six months to notice any difference in symptoms (x, x, x, x, x, x).

Some studies even show that it can be as effective as NSAIDS in reducing pain (x). Others studies, however, show the opposite (x).

Perhaps a more significant benefit of D-glucosamine is its proven ability to slow the progression of OA, and possibly RA, over time. It appears to block the enzymes responsible for breaking down cartilage. It also might reduce oxidative stress within the tissue. Again, the effect isn’t immediate and could take up to two years for any significant structural changes to occur within the cartilage (x, x, x, x).

It’s not only people of advanced age who experience joint degeneration. Since osteoarthritis is partly due to excessive stress on the joints, it’s common for athletes to take D-glucosamine supplements to prevent joint pain (x).

Two studies demonstrated that D-glucosamine supplements had a protective effect on the knee collagen in soccer players and competitive cyclists (x, x). Another study looked at its effect on athletes with acute knee injuries. In this case, subjects’ knees showed improved flexion and mobility after just 28 days (x).

N-acetyl D-glucosamine is the same D-glucosamine molecule attached to an acetic acid. It totes the same benefits in regards to arthritis and inflammation, but it has also been used topically to treat hyperpigmentation. It can be found in cosmetic products designed to lighten age marks or dark spots on the skin (x).

Glucosamine Side Effects and Dosage

Side effects can include nausea, heartburn, diarrhea, constipation, drowsiness, skin reactions, headache or a worsening of asthma. It could affect blood sugar levels (x).

Those with a shellfish allergy should make sure the supplement they take was not derived from shellfish.

D-glucosamine is a safe supplement for most people. Researchers are still investigating the effectiveness of each form and who they most benefit. However, if you’re suffering from the pain and immobility of OA or RA, the general consensus of the medical community is that it can’t hurt to try it. Remember, studies say it takes time to work so sticking with it might be the key to success.