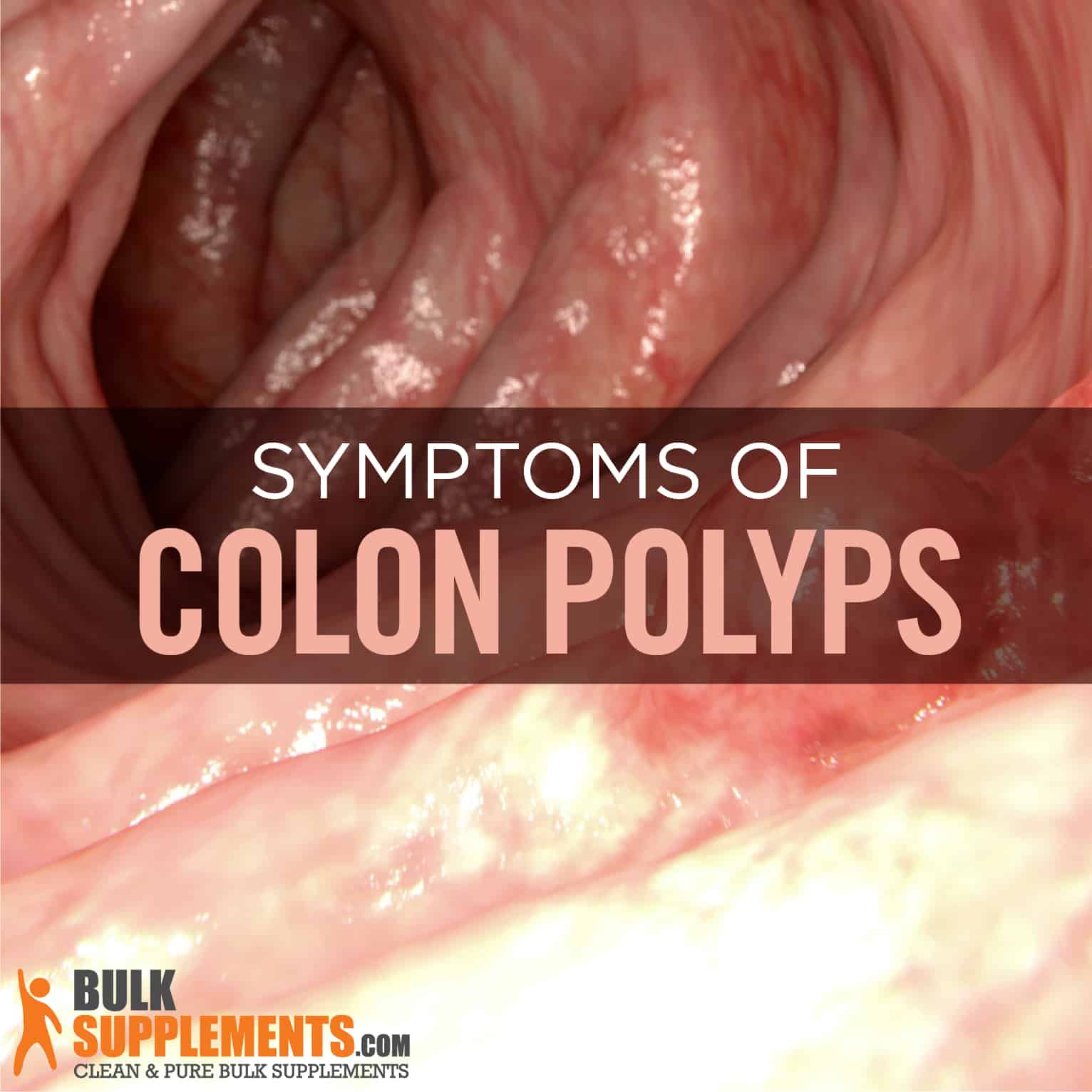 What Are Colon Polyps?

Initially, they are harmless, but with time, they could pose more life-threatening complications such as colon cancer. However, this is only likely if they are left untreated for a long period of time. They are usually removed through the endoscopic procedure and, occasionally, through surgery.

While anyone can develop colon polyps, some people have a higher risk, including those above 50 years old and those who have a history of the condition in their families (x). They also occur in children (up to 6 percent of them) and are more common in those that experience intestinal bleeding (x).

The condition does not usually display any significant symptoms in the initial stages. It is therefore important to get screened frequently so that, if found, the polyps can be removed before they progress to cancer.

Two common types of colon polyps are the hyperplastic and adenomatous polyps (x).

These are also known as inflammatory polyps and generally get less attention than the adenomatous type. This is because they are quite harmless. They are not likely to become cancerous, though they should be removed either way.

These are not cancerous initially, but are likely to be if not removed in the right time. The potential to develop cancer cells increases significantly with their size and number. Polyps below 5mm are less likely to become cancerous, and the tendency increases per centimeter (x). The cell alignment as seen under a microscope also determines the likelihood of the polyps becoming cancerous; cells organized in tubular structures are less likely to develop cancer cells compared to those that appear in finger-like projections. Doctors usually schedule a removal surgery for adenomatous polyps immediately after diagnosis.

These are found to have cancer cells when diagnosed. Treatment for colon polyps is formulated depending on their severity and personal factors such as the patient’s general health.

Colon polyps do not usually display any signs and are discovered during screening for cancer or routine colonoscopy. As they progress, however, patients experience some symptoms including:

While bleeding from the rectum is one of the most common symptoms of colon polyps, it can also signify other conditions such as tears in the anus or hemorrhoids.

If the polyps are bleeding then the patient is likely to find some blood in their stool. This is especially the case with large colon polyps.

Change in Color of Stool

In the cases of heavy bleeding (usually when the polyps are located in the proximal colon) the stool may appear black. The change, however, may also be caused by other factors such as drugs and medicine, foods and supplements.

Constipation may occur when large polyps prevent waste from moving down the colon. This interference in peristalsis may cause the patient some significant amount of pain. Diarrhea is also likely as the polyps may secrete some fluids into the intestine. When the symptoms persist for longer than a week, it is time to see the doctor. They may, however, be caused by other non-related factors and conditions.

Pain in the Abdomen

This is caused when large polyps obstruct the flow of food waste in the colon, which is located in the abdomen.

Bleeding in the colon and rectum may lower the red blood cell count in the body, causing the patient to experience symptoms of anemia such as muscle weakness, lightheadedness, pale skin, rapid heartbeats and unexplained fatigue.

Although rare, a substantially large polyp may pull the portion of the colon to which it is attached into the distal colon, causing severe obstruction.

As the symptoms of colon polyps are rarely felt, it is advised that you get screened regularly. This will help spot and remove any polyps that may be forming before they become symptomatic or even cancerous. If you suspect that you may have the polyps, seek prompt medical attention so that the doctor can establish whether you do, and how serious the situation is.

Colon polyps are either congenital or develop in one’s lifetime. While the exact cause is still unknown, scientists believe that colon polyps can be linked to the mutation of cells in the colon lining.

Usually, the body produces new cells to replace the old ones and those that are worn out. This process is well-regulated so that the rate of cell growth matches that of cell degeneration. In the case of colon polyps, they multiply at an abnormal rate, causing the development of extra tissue on the lining which becomes the polyp. In the colon, the growth is referred to as colon polyps while in the rectum it is called colorectal polyps.

Colon polyps are also linked to certain lifestyles. It has been observed to occur more often in people who:

Other people develop colon polyps when they have close family members who have it too. Genetically inherited conditions that may lead to colorectal polyps include:

Needless to say, if you belong to any of these groups, it would be wise to get regular screening for colon polyps.

In the past years, doctors prescribed vitamin D and calcium supplements to patients who showed a likelihood of developing polyps. Ironically, research found that the combination or calcium on its own increased it and patients who took both supplements had started developing serrated polyps after a while (x). On its own, however, vitamin D has been found to counter the growth.

Owing to these results, it is advisable to consult with a doctor or health professional before taking the supplements, especially if you are suffering from other conditions or are pregnant.

Fish oil is mainly connected to helping prevent and fight colon cancer, which develops if colon polyps are not removed or treated. It contains polyunsaturated omega-3 fatty acids which, when taken consistently, help to prevent the formation of polyps in the colon. As a result, it is being considered as adjuvant therapy for both colorectal cancer and polyps (x).

Garlic has been present in traditional medicine for years, used for promoting cardiovascular health. Photo-chemicals contained in it such as allicin (that gives it the distinct smell and taste) and organo-sulfuric compounds offer some oxidative properties, which are very helpful in preventing colorectal polyps and cancer. You can take garlic supplements or eat it raw. It is, however, advisable to consult with your doctor before taking it especially if you have other conditions related to the cardiovascular system. Garlic extract powder has blood-thinning properties that may be dangerous for anyone who is taking medication to help their blood clot.

As seen earlier, the personal lifestyle of an individual plays a crucial role when it comes to developing colon polyps. For instance, people who smoke have better chances of getting polyps than those who do not. Here are some lifestyle changes you should consider making to prevent and relief colon polyps:

Colon polyps are extra tissues that grow on the lining of the colon due to the excessive growth of cells. Depending on the type, they can be dangerous, and if left unchecked, they can develop cancer cells and lead to colon or colorectal cancer. Colon polyps do not usually have any noticeable symptoms, but eventually they start to manifest through abdominal pain, blood in the stool, a change in the color of stool and rectal bleeding.

There are home remedies that one can use to prevent and relieve colon polyps including garlic, fish oil and vitamin D supplements. If you suspect that you or even someone you know has colon polyps, seek medical attention as soon as you can so the doctor can diagnose and determine the suitable method of treating or removing them. Additionally, it would be wise to get screened regularly as the polyps are not symptomatic and it may be hard to tell whether they are present or not. The doctor may also offer advice on how to prevent colon polyps.