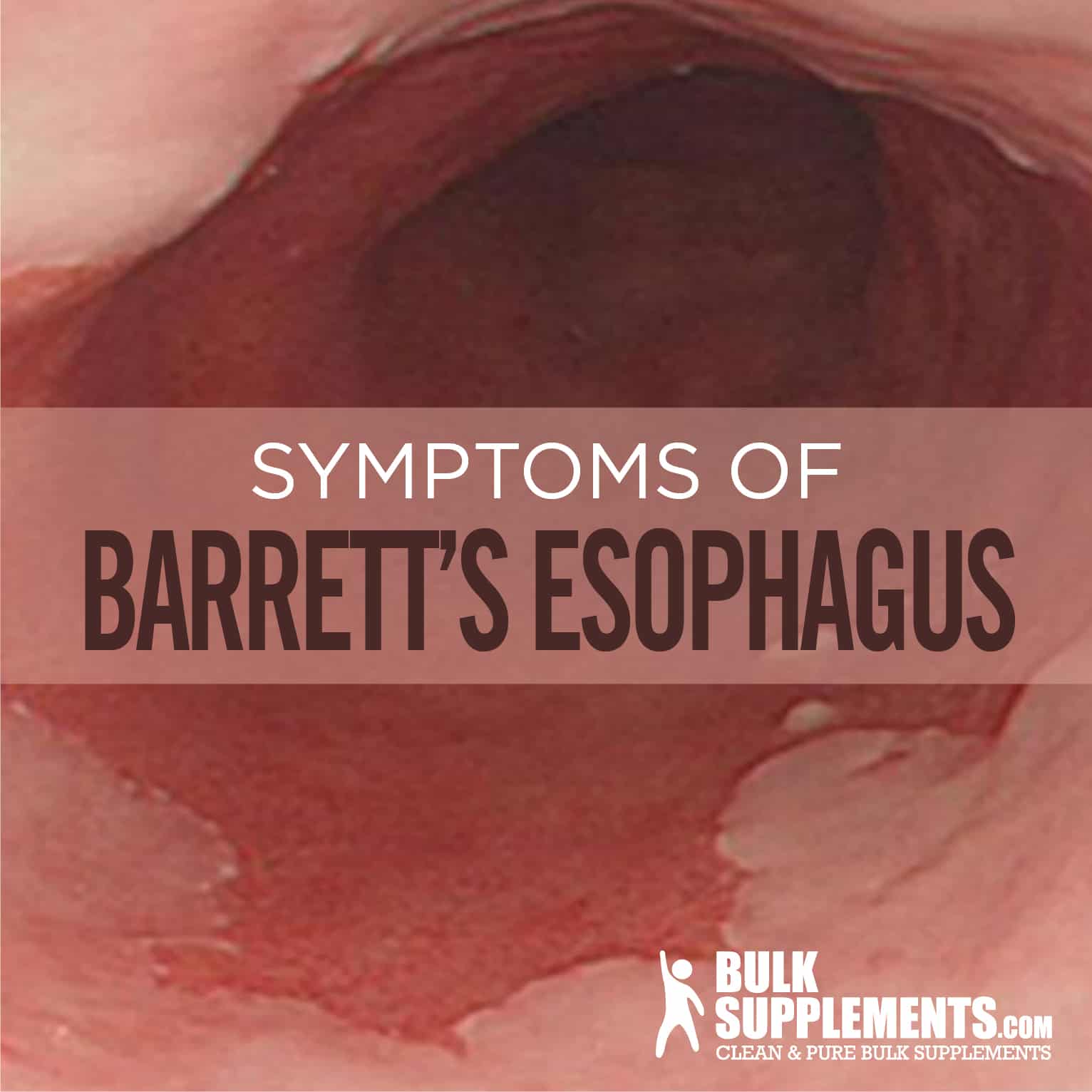 What is Barrett’s Esophagus?

The esophagus is the tube which connects the mouth to the stomach. Barrett’s esophagus is a condition in which the lining of the esophagus changes into tissue similar to that found in the intestines. While this is not dangerous in itself, there is an increased risk in developing esophageal cancer in those who have Barrett’s.

The condition is usually diagnosed in people who suffer from gastroesophageal reflux disease (GERD) over an extended period of time. However, there are some cases of individuals who have never had acid reflux or heartburn, but still develop Barrett’s esophagus.

Because there is a small increase in risk of esophageal cancer associated with Barrett’s esophagus, it is important for those with the condition to go for regular check-ups. Abnormal cells can be treated to prevent cancer from developing. Those who have been suffering from acid reflux and heartburn for five or more years should speak with a doctor about the possibility of having Barrett’s esophagus. An endoscopy may be necessary. Esophageal cancer is possible, though only about 0.5 percent of people with Barrett’s develop it (x).

If you have never experienced heartburn, consider yourself lucky. Heartburn is a burning pain that occurs behind the breastbone. It often worsens when lying down, bending over, after a meal, or in the evening. Occasional bouts of heartburn are no reason to worry. The pain and discomfort can easily be managed with dietary changes, over-the-counter medications or apple cider vinegar diluted in water. But heartburn that occurs regularly may require medical attention.

Heartburn may be due to Barrett’s, but there are many potential causes and a doctor will need to know all of your symptoms before making a diagnosis. Speak to a doctor if you experience heartburn twice a week or more, are having difficulty swallowing or if OTC antacids do not work. It is especially important to seek advice from a medical professional if the heartburn is accompanied by persistent vomiting or nausea, if you are having difficulty eating or if you have lost weight due to loss of appetite.

While people with Barrett’s may experience chest pain, there are many other causes of pain in the throat and chest. Severe chest pain or pressure, especially when combined with pain down the arm or difficulty breathing may be signs of a heart attack. If you experience these symptoms, seek medical attention immediately.

Dysphasia is the medical term for having difficulty swallowing, and it sometimes occurs with GERD and Barrett’s. The more severe the case, the more likely or more frequent dysphasia may happen. Chronic acid reflux can irritate the throat and cause scar tissue to grow, narrowing the opening in the esophagus. Avoid food triggers such as tomato-based foods, fried foods and caffeine, and call your doctor if it interferes with your ability to eat.

Factors that increase a person’s risk of developing Barrett’s esophagus include acid reflux and chronic heartburn, particularly if these conditions result in taking regular medication and/or do not respond to certain medicines (x).

While the most common cure for Barrett’s esophagus is medicine, there are several other treatments available. Some are surgical while others are non-invasive.

One procedure called the Nissen fundoplication involves wrapping the top of the stomach around the lower esophageal sphincter (LES) in an attempt to strengthen it. The Stretta procedure is done with an endoscope and works in a similar manner to the Nissen in that it also strengthens the muscles of the esophagus where it joins the stomach. A third surgical procedure involves implanting a LINX device, which tightens the opening between the esophagus and stomach, helping to keep the stomach contents from leaking out.

The best option is to not develop Barrett’s in the first place. Eating a healthy, fiber-rich diet that contains plenty of whole foods is a great place to start for preventing GERD and Barrett’s. And, of course, there are many supplements that improve stomach health. Probiotics found in yogurt and supplement form can restore ‘good’ bacteria, which can help improve overall digestive health. Alfalfa (aka California clover) is a popular natural remedy for upset stomach or a peptic ulcer. Artichoke leaf extract can alleviate symptoms of indigestion, including gas, pain, nausea and vomiting. Other supplements for digestive health include L-glutamine, which is an essential amino acid that can alleviate diarrhea. Finally, Triphla is an Ayurvedic medicine used for detoxifying and stomach health.

One of the best natural remedies for Barrett’s include lifestyle changes. Avoid smoking, drinking alcohol and eating excessive amounts of processed foods and Barrett’s esophagus should usually not be a problem.

A fiber-rich, anti-inflammatory diet is ideal. Take in plenty of omega-3s from fish or supplements, fresh fruits and vegetables and other whole, natural foods. For omega-3 supplements, take three softgels once or twice daily, or as directed by your doctor.

A supplement of vitamin B12 may be useful in preventing or treating the symptoms of Barrett’s. The recommended daily dosage for B12 is 2.4 mcg for adults, but higher amounts may be indicated for your specific condition (x). Speak to your doctor to determine the right dosage.

Aloe vera can help reduce damage to the esophagus from acid reflux. A common dose is 2 oz. taken before a meal, or use as directed by your physician.

Surprisingly, the spice cayenne may be an effective natural remedy for Barrett’s because it contains anti-inflammatory properties. Take one 500 mg capsule three times per day with a glass of water, or as directed by your physician.

Studies have shown that an extract of licorice may also control acid reflux, which can help with Barrett’s. Take 600 mg (scant 1/4 tsp) per day, or as directed by your doctor.

Apple cider vinegar is a go-to for troubles of all types. Its ability to rebalance the pH of your stomach can help reduce damage to the esophagus. Mix 1 teaspoon vinegar into 1 cup of water. Drink 2-3 times per day.

Women who are nursing, pregnant or may become pregnant should speak with a doctor before using any supplements.

While the there is no specific diet for treating this condition, some foods may help reduce acid reflux, lowering the risk of GERD and Barrett’s (and possibly cancer). Whether or not you have GERD or Barrett’s, it is always important to get plenty of fiber in your diet. However, studies show that fiber may be especially helpful at preventing Barrett’s from getting worse (x). Foods that are high in fiber include fruit, vegetables, beans, quinoa, oats, lentils, brown rice, herbs and whole grain breads.

It is best to avoid sugary foods due to the spike they cause in insulin, which may cause tissue changes and elevate the risk of cancer. High sugar intake may also result in excess weight or obesity. Extra weight through the abdomen has been associated with a higher risk of developing Barrett’s. Sugar-laden foods include soft drinks, foods containing high fructose corn syrup, packaged cereals, breakfast bars and flavored coffee drinks.

All processed and refined foods tend to elevate blood sugar and are best avoided or eaten rarely. This includes items such as potato chips, white rice and food items containing white flour such as baked goods, pastries and pasta.

Barrett’s esophagus is usually the result of years of acid reflux, but it is rarely a serious condition and can usually be managed by a healthy diet and medication. Supplements such as vitamin B12 and aloe vera may also help to manage symptoms.