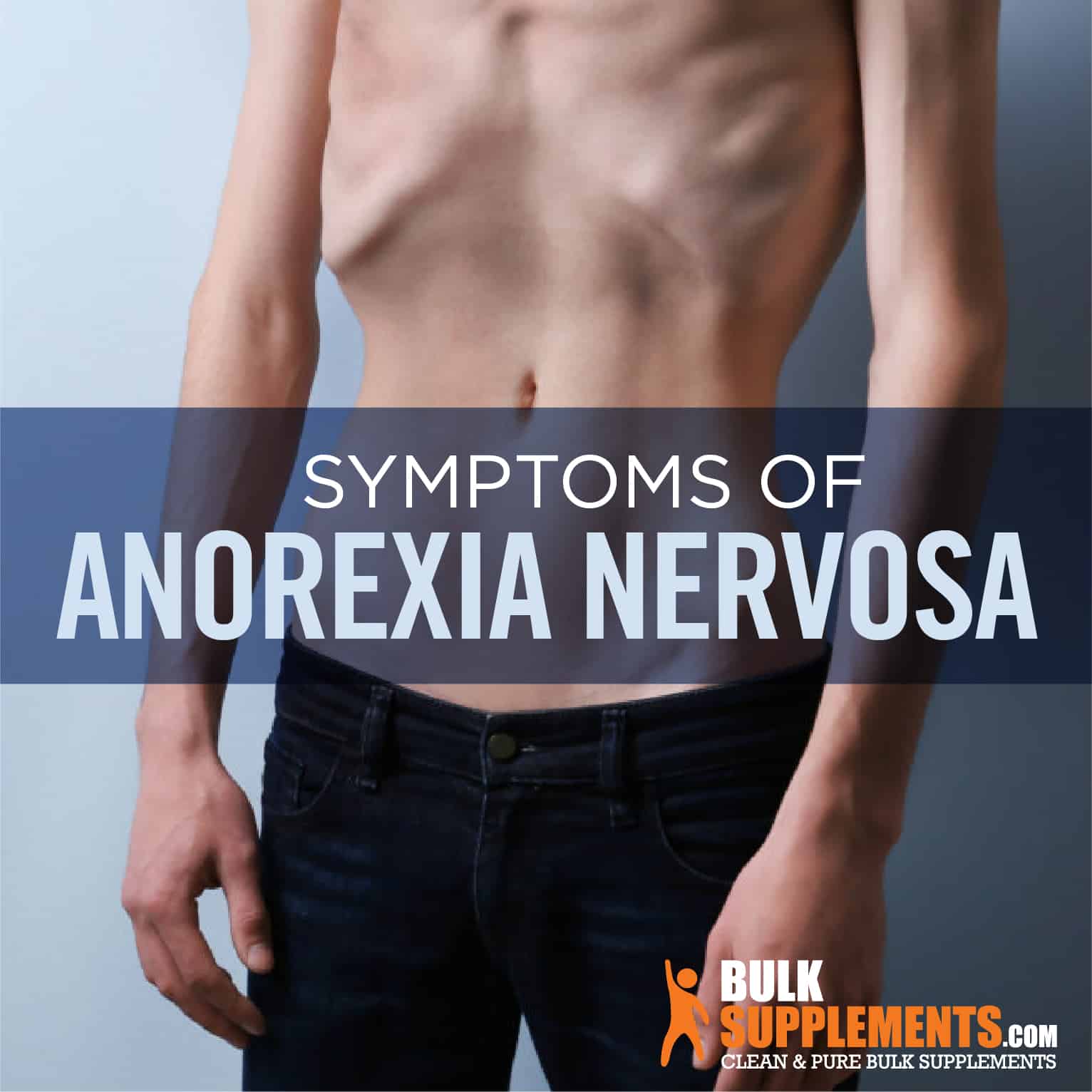 What is Anorexia Nervosa?

Anorexia nervosa is an eating disorder that stems from an intense fear of gaining weight. Generally, anorexia affects people in their teens, twenties, and early thirties, although older individuals can develop it, as well (x).

Their efforts may be different, but the goal is the same: avoid weight gain. The result is abnormally low body weight. Often, their weight drops dangerously low, leading to a host of health complications, many of which are serious. In fact, anorexia is the deadliest psychiatric condition in the world: 5 to 10 percent of anorexics will die within 10 years of developing the disorder (x).

Anorexia may seem like just a battle with weight, but it is actually a severe emotional–behavioral disorder that requires complex, dedicated treatment. If left untreated, consequences are often fatal.

While anorexia and bulimia are both eating disorders, their symptoms aren’t identical. When a person has anorexia, they will avoid eating or eat small amounts to prevent weight gain. When someone has bulimia, they binge and purge, meaning they eat excessive amounts of food in a short period of time and later force themselves to vomit it up to prevent weight gain (x). Bulimia and anorexia are often comorbid, meaning they occur together.

Anorexics are often, but not always, extremely underweight. They may look gaunt or emaciated, with low muscle tone associated with muscle atrophy.

When the body doesn’t get the nutrients and energy it requires to function, it can lead to dizziness and feelings of faintness. This is because when you don’t eat, your brain doesn’t get the glucose it needs for energy. As a result, your blood sugar levels crash, causing a condition called hypoglycemia.

Deprived of the vital nutrients they need to survive, anorexics may faint often, either from hypoglycemia or low blood pressure.

One of the major physical symptoms of anorexia nervosa is
hair loss. Your hair needs sound nutrition to stay full, strong, and healthy–without it, hair thins and can fall out in clumps.

Anorexics in the advanced stages of the disease often have lanugo–soft, downy hair covering the entire body. Lanugo grows in the body’s attempt to keep warm once an anorexic loses too much body fat. It’s a sign that someone’s weight has dropped dangerously low.

Other physically visible symptoms of anorexia include swollen arms and legs, eroded teeth, and calluses on the knuckles from purging (x).

Anorexics often drink less water in an effort to lose weight. Because of this, dehydration is a common symptom of anorexia. In some cases, individuals will consume large amounts of water before the doctor examines them, so that they will appear “heavier” on the scale than they really are (x).

Dehydration causes several side effects, including sunken eyes and cheeks, confusion, and fatigue (x). If left untreated, it can be fatal.

Low self-esteem is one of the major symptoms of anorexia. This is because individuals with anorexia correlate body weight directly with self-esteem. Anorexics believe the thinner they are, the more “worthy” they are. In fact, other, deeper social-emotional problems cause low self-esteem associated with anorexia.

Obsession With Food, Calories, and Weight

People with anorexia nervosa do not see food as essential fuel. Instead, they have an obsessive relationship with food, eat an unhealthy diet, and believe misconceptions about food intake. For example, they may cook elaborate meals for others but not eat them, or they may frequently skip meals or refuse to eat. They also avoid eating in public, lie about how much food they’ve eaten and adopt rigid eating rituals (x).

When the body doesn’t get the nutrients it needs to function, it is forced to conserve energy by slowing or shutting down vital physical processes. This can eventually result in serious medical consequences, and even death.

Cardiac arrest and electrolyte imbalances are the more serious examples of the dangers of anorexia (x). Other side effects include gastrointestinal damage, kidney and liver problems, osteoporosis (especially in women) and poor immune function (x). Prolonged, untreated anorexia may even lead to permanent brain damage resulting from malnutrition.

What causes someone to be anorexic?

Scientists still aren’t sure exactly what causes anorexia. However, research suggests that biological, psychological, and environmental factors may play a role in the development of anorexia.

Treatment of anorexia nervosa must include both physical and psychological care. It can take months or even years, and sometimes involves in-patient facilities to ensure the patient receives round-the-clock care. Anorexia treatment usually includes therapy, nutrition counseling, continuous medical care, and sometimes medication.

The treatment team usually includes a primary care physician as well as a psychologist. The physician monitors the patient’s physical issues, managing bone loss, electrolyte levels in the blood, and heart function. Meanwhile, the psychologist helps the patient eliminate self-destructive thoughts and behaviors that cause anorexia. Before, during, and after treatment, support groups can also be a helpful addition to long-term eating disorder care.

Most anorexics are malnourished, meaning their low food intake robs them of crucial nutrients like iron, vitamin A, niacin, vitamin D, calcium, and folate. As part of their treatment plan, nutritionists usually recommend recovering anorexics add supplements to their diets to resolve nutritional deficiencies.

However, supplements only reduce the effects of malnutrition and are not considered a substitute for the actual nutritional benefits of food. A well-rounded eating disorder treatment plan includes supplements and a healthy, nutritious diet.

Anorexia nervosa is not really about food; it’s about control. Categorized as both an eating disorder and a mental disorder, anorexia has one of the highest mortality rates and a comparably high relapse rate. This makes it one of the most difficult diseases to treat.

If you or a loved one is suffering from an eating disorder, reach out to a support organization immediately. Eating disorder recovery is possible with hands-on medical and psychological care and a dedicated support network.