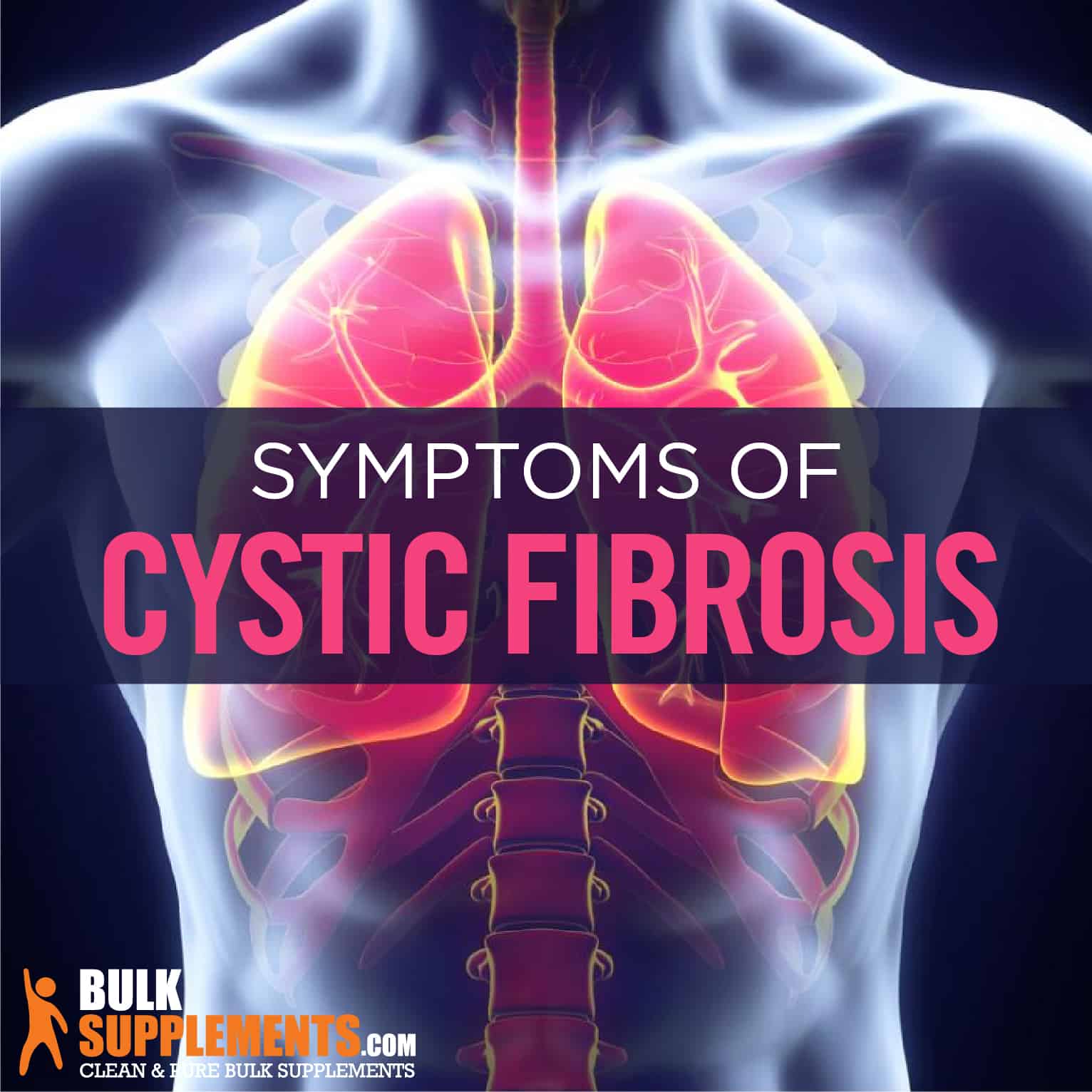 What is Cystic Fibrosis?

Cystic fibrosis is a genetic disorder that affects one out of every 10,000 people worldwide. And while the illness mainly affects the lungs, its effects can be felt in other parts of the body as well. The pancreas, liver, kidneys and intestines can all be adversely affected by this illness (x).

Currently, there is no cure for this disorder. Some antibiotics have proven to be effective in decreasing the symptoms, but the life expectancy of those suffering from it is still lower than normal. The average life expectancy for someone suffering from cystic fibrosis is 42 to 50 years, and the cause of death in over 80 percent of cases is lung disease (x).

There have been cases of people with cystic fibrosis needing lung transplants. This is because the illness can occasionally wreak so much havoc in the lungs that it can be fatal.

In addition to this, 97 percent of people suffering from cystic fibrosis can also become infertile. Despite this, they are not really sterile, and can therefore have children if provided medical assistance (x,x).

The symptoms of cystic fibrosis are numerous. While the condition affects mainly the lungs and pancreas, the symptoms appear mostly in the mouth and nose. Some of the most common signs that you’re suffering from cystic fibrosis include salty tasting skin, stunted growth and weight gain. The accumulation of mucus is also a telltale sign (x, x).

Coughing is also a symptom. This coughing is caused by the mucus in the respiratory system. If it gets stuck, the mucus also makes breathing difficult for the patient, even to the point that the patient is almost completely unable to breathe.

Wheezing, another symptom, comes from the body’s instinctive response to lack of breath. When unable to breathe, the body will try to take more violent breaths, leading to the phenomenon we call wheezing. But with so much mucus inside a person suffering from cystic fibrosis, wheezing hardly ever helps.

Vitamin deficiency is extremely common among those suffering from cystic fibrosis. This is especially true for vitamin D; most people suffering from the illness are unable to process it properly. This leads to malfunctions in calcium production, which can result in weakened bones prone to fractures (x).

These symptoms are quite common, so a few cystic fibrosis patients go without diagnosis until later in life. Because of this, if you’re experiencing these symptoms more often than your peers, it might be worth checking with your doctor.

Other less common symptoms include infertility in males, as well as fatty stool (steatorrhea), and clubbing of the fingers and toes (x). The clubbing can occasionally lead to injury in the nails and skin tissue surrounding it.

In especially rare cases, cystic fibrosis can even show up as a coagulation disorder, meaning it stunts the coagulation process in the blood. When this happens in a child, it can present a serious threat to his or her survival.

Cystic fibrosis has many potential causes. However, all of them descend from a mutation in the cystic fibrosis transmembrane conductance regulator gene. This mutation can then lead to a thick mucus forming in the respiratory system, as well as in the reproductive organs. This mucus makes it easy for germs and bacteria to stick to the lungs, which is why inflammation and infection usually accompany a case of cystic fibrosis.

There are many gene defects that can cause cystic fibrosis and, depending on their severity, worsen the condition as well. Cystic fibrosis can be inherited, but only if both parents are carriers. If only one of the parents is a carrier, the child is unlikely to develop it even though that child will be a carrier (x).

Cystic fibrosis can also lead to the development of a unique form of diabetes. Because insulin production occurs in the pancreas, this production can malfunction and stop when the pancreas is affected by cystic fibrosis. This leads to a special kind of diabetes unique to this illness (x). This kind presents a mixture of type 1 and type 2 characteristics, making treatment for it quite difficult. This is one of the most common non-lung related causes of cystic fibrosis.

As mentioned earlier, there is no cure yet for cystic fibrosis. But while research is being done to find a cure, some supplements can help ease the symptoms:

The vitamin A supplement is one of the more helpful general supplements out there. It’s not uncommon for sufferers of cystic fibrosis to deal with other vitamin deficiencies, due to occasional difficulties when eating. Apart from that, vitamin A can also help with slight skin saltiness that is common in those suffering from cystic fibrosis. The recommended dosage is 30 milligrams a day (x).

Vitamin D softgels can provide various health benefits. This supplement helps alleviate many of cystic fibrosis’ symptoms. For example, vitamin D can regulate calcium, which leads to much healthier teeth, bones and cartilage. This is especially useful since cystic fibrosis can sometimes cause a vitamin D deficiency, which results in more fragile bones. Using a supplement like this can help alleviate any damage the illness has done to your bones, as well as prevent further damages (x). The recommended dosage for this supplement is one softgel per day, together with a meal. Alternatively, if you feel like that is too much for your body, it can be taken once every two days.

Vitamin E helps improve skin health and is commonly used in many face and skin creams. People with cystic fibrosis, however, usually don’t have optimal levels of vitamin E in their system. It should be taken in a serving of 500 to 1,000 mg per day, together with meals (x).

Vitamin K deficiency is the rarest, and most dangerous symptom of cystic fibrosis (x). Luckily, vitamin K powders help with blood coagulation, which can make a lot of the symptoms of cystic fibrosis easier to deal with. Take 10 milligrams daily if you plan to supplement with vitamin K. However, take note that, even though the powder is just 1 percent, taking any more could lead to more damage. It is also not advised to take this supplement if you have diabetes or kidney related problems. Consult your doctor before supplementing with vitamin K.

There are certain breathing exercises that can offer a significant aid in cystic fibrosis treatment. The first is breathing control.

Breathing control relaxes the airways in your body. Start with breathing in through your nose and out through your mouth. Breathe gently and normally while relaxing your chest and shoulders. To help with this, you can place a hand on your stomach, purse your lips and breathe in and out.  This will help your airways relax and hinder the buildup of mucus in your body (x). After doing breathing control for six full cycles, you should be moving on to the next exercise — chest expansion.

Chest expansion involves taking deep breaths. For example, taking a breath and holding it for three seconds helps with mucus buildup. Then breathe out while vibrating your chest. After doing this, do a cycle of breathing control.

The last step is forced coughs, which should help release the mucus. Force yourself to cough and huff and spit out the mucus. Keep repeating this and the other steps until you don’t feel any mucus in your lungs.

Cystic fibrosis is an illness caused by a mutation in the genes. While there is no cure yet, there are supplements and breathing exercises that can help ease the symptoms. While these tools might not be able to cure the disorder, they can make it all that much more bearable. And with a currently incurable illness, that’s what counts. If you suspect yourself to be suffering from cystic fibrosis, consult with your doctor immediately.