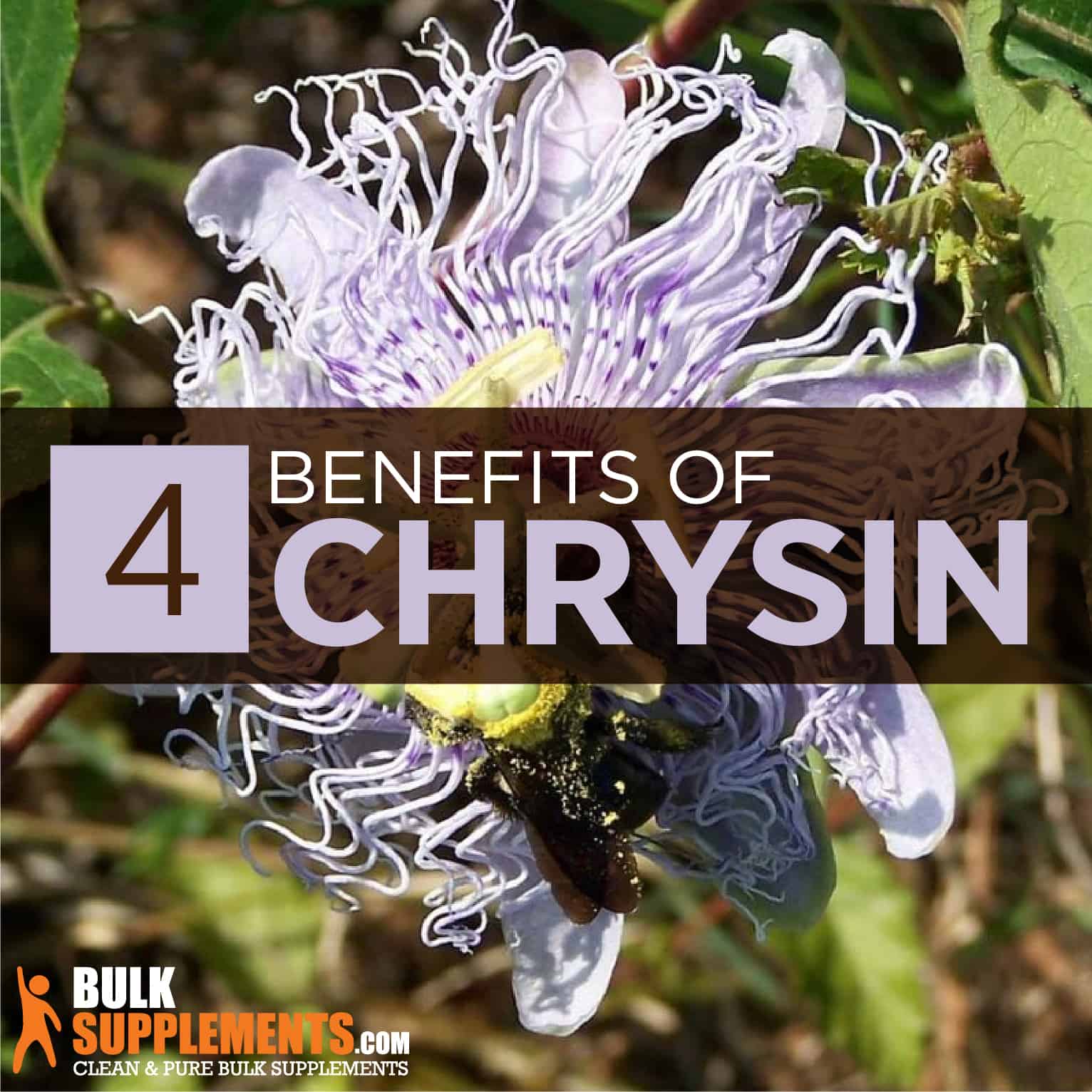 Don’t knock it until you try it, right? Chances are if you’re an average, everyday person, you’ve never heard of chrysin. That means you don’t know what you’re missing!

Chrysin naturally occurs in plants such as passion flower, silver linden, some geranium spices and most commonly in honey and bee propolis (bee glue). Belonging to the class of chemicals called flavonoids, some also call it dihydroxyflavone, chrysine and flavone X, among other names (x).

This naturally occurring supplement is most often used for bodybuilding; a healthy alternative to other unnatural compounds. Chrysin improves testosterone levels and blocks estrogen, resulting in better muscle growth. Other benefits include treating anxiety, inflammation, gout and erectile dysfunction. It may be ineffective for resistance training specifically. Keep in mind the FDA does not regulate herbs and dietary supplements like it does prescription drugs, so effectiveness is largely anecdotal (x).

Chrysin is typically safe for all users when taken by mouth, but be sure to avoid it if you are pregnant or breastfeeding to avoid any potential risks.

Research suggests that chrysin might increase the male hormone testosterone, but how?

Hormones are controlled by the enzyme aromatase, which catalyzes the conversion of androstenedione and testosterone into estrone and estradiol, respectively (x). Flavonoids such as chrysin are an inhibitor of aromatase enzyme activity (x).

This means that chrysin blocks the conversion of androgens into estrogens, consequently increasing testosterone levels (x).

Increased testosterone means athletes such as bodybuilders could have more energy and strength. If this is true, it creates the potential for greater endurance, stamina and the overall ability to grow muscles.

Chrysin is most commonly taken by mouth and absorbed through the intestine, though amounts have been shown to be very small (x). This questions the effect of the natural supplement chrysin for bodybuilding, and major results are not to be expected.

A recent study on the effects of chrysin in mice is making waves in the fight against Parkinson’s disease. The 2019 study results show it has the potential to protect against cognitive, behavioral and neurochemical changes brought on by the disease (x).

Oxidative stress has also been linked to the progression of Parkinson’s cognitive degradation. Oxidative stress is a result of the body’s inability to detox its cells of free radicals. Mice injected with chrysin showed an improved antioxidant response after six injections (x).

Chrysin is naturally occurring in several plants, fruits and vegetables. Here are some of the foods you may want to try:

Even with limited research, one thing is for sure; chrysin boasts some benefits while having shown no adverse side effects to date.

Chrysin is typically safe for most adults. However, if you are pregnant or breast feeding, it is better to avoid use since there is not enough reliable information about safely taking chrysin.

If you have a bleeding disorder, chrysin may increase bleeding, resulting in increased bruising and blood-loss following injury. It is not ideal for patients with this condition or on any blood-thinning medication.

Similarly, chrysin may also slow blood clotting and is not suitable for those undergoing surgery. You should stop taking it at least two weeks before surgery.

People who are allergic or sensitive to chrysin, passiflora incarnata or other members of the passiflora (passionflower) family should also avoid use.

One important thing to remember is that natural supplements do not always mean they can be taken without a limit. At this time there is not enough appropriate scientific information to determine concrete dosage for chrysin. Dosage is dependent upon the user’s age, health and several other conditions. However, for adults 18 and over, it is generally safe to take 500 mg daily alongside a meal.

There is no evidence to suggest proper dosage for children younger than 18 years.

If you’re struggling with balancing testosterone levels for any reason, not just bodybuilding, chrysin could be your new supplement best friend. This can include hyperactivity and anxiety as well. As a natural supplement you have nothing to lose and everything to gain, even if the effects are small. A small change is still a step towards a new, healthier you. Or perhaps you’re more of the preventative type. With little to no side effects or known adverse reactions, why not supplement with chrysin for preventative heart disease and cancer? Chrysin is easy to come by especially if you eat plenty of fruits and vegetables, and maybe some honey and other bee products as well. It is a safe supplement with more potential benefits yet to be discovered.