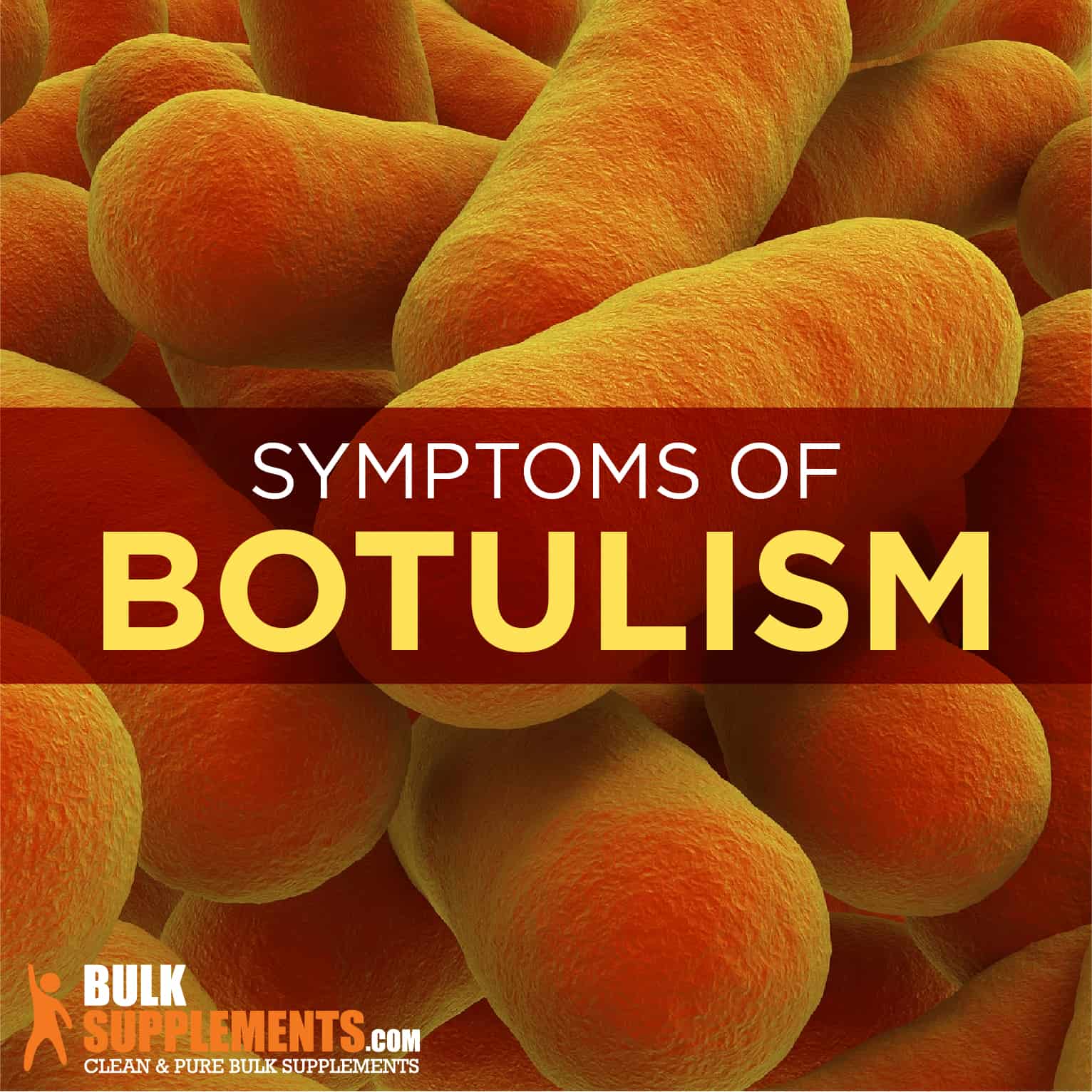 Botulism is a serious illness caused by a bacteria-generated toxin (botulinum neurotoxin). When it goes undiagnosed and untreated, it can be fatal. This illness causes paralysis, often beginning in the face, then spreading downward to the lower extremities. When it reaches the muscles involved in breathing, it may result in respiratory failure.

Clostridium botulinum bacteria exist in soil, water and other areas of our environment, but they seldom cause a problem. The bacteria create protective spores, which thrive in an environment that is low in oxygen, acid and salt. They also need a certain level of moisture and the perfect temperature range. With the right conditions, though, the spores grow and produce the botulinum neurotoxin, which is one of the deadliest biological poisons. In fact, it’s the toxin, not the bacteria itself, that causes botulism.

Botulinum is a neurotoxin; it attacks the nervous system. Symptoms usually surface within 12 to 36 hours. However, it’s poisoning symptoms can appear as quickly as four hours and up to eight days after exposure (x).

Infant botulism can be difficult to diagnose. Infants may appear lethargic and limp. Their eating patterns can change and they may have a weaker than normal cry. Other symptoms include poor feeding patterns, dehydration and constipation.

Botulism attacks the body progressively in a descending manner. If left untreated, it will result in muscle paralysis of the lower body and the respiratory system. Early symptoms of foodborne botulism include:

Improper food preservation and storage is the most common source of foodborne botulism. This is more common in home-canned foods, but there have been outbreaks in many commercially prepared foods as well, including canned chili sauce, peanuts, garlic in oil and carrot juice (x).

Many studies have shown that honey often contains the clostridium bacteria spores and toxins. Corn syrup and honey are common in botulism cases, though the reasons are unclear (x).

The best prevention for it is inhibiting the growth of spores that create the botulinum toxin. This is done through proper heating, preserving and storing methods.

Infant botulism may be prevented by avoiding honey for infants less than one year old when their digestive tract is less developed (x, x).

Occurrence is low, but without prompt treatment, the mortality rate is high. Botulism can be fatal in 5-10 percent of cases. If you or someone you know has symptoms, see your doctor or go to the emergency room immediately (x, x).

To make a proper diagnosis, a health professional will ask questions about symptoms. Some illnesses mimic the symptoms of botulism, such as stroke, Guillain-Barre syndrome and myasthenia gravis. To get proper treatment, a person may have a brain scan and lab tests taken. If it is indeed the issue, treatment will start immediately (x).

Those with foodborne or wound botulism will typically receive an injection of antitoxin. The antitoxin will attack the toxin that is still in the bloodstream and prevent further damage, though it cannot reverse any damage to the nervous system. Nerves regenerate and many people recover fully from the effects of the illness (x). Infants are given a different antitoxin — botulism immune globulin.

Those with wound botulism are given antibiotics. The doctor may first surgically remove the source of the toxin on the wound.

If the botulism has affected the respiratory system, the patient may be ventilated until the effect of the toxin decreases.

Some patients need extended therapy to improve speech, swallowing and other functions. Infants with it are given nutritional and respiratory support until nerves are regenerated. Some children may require tube feeding, and they may exhibit an ongoing lack of muscle tone (x).

This is a life-threatening illness that should be treated with the help of a health care professional. Its recovery involves the repair and regeneration of nerves. Luckily, though, there are natural supplements to aid symptoms of nervous system weakness.

The following nutrients are capable of supporting the health of the nervous system:

Though the C. botulism bacteria live all around us, specific conditions cause it to produce the deadly toxin and become a threat. There are different types of botulism, though some are more rare than others. Honey and improperly preserved home canned and commercial foods are sources of botulism. This life-threatening disease attacks the nervous system and eventually causes paralysis if left untreated. After diagnosis, it is treated with antitoxin and other medications if needed. Sometimes rehabilitation is necessary to recover patient function. There are supplements that may assist recovery, though it should never be self-treated at home.