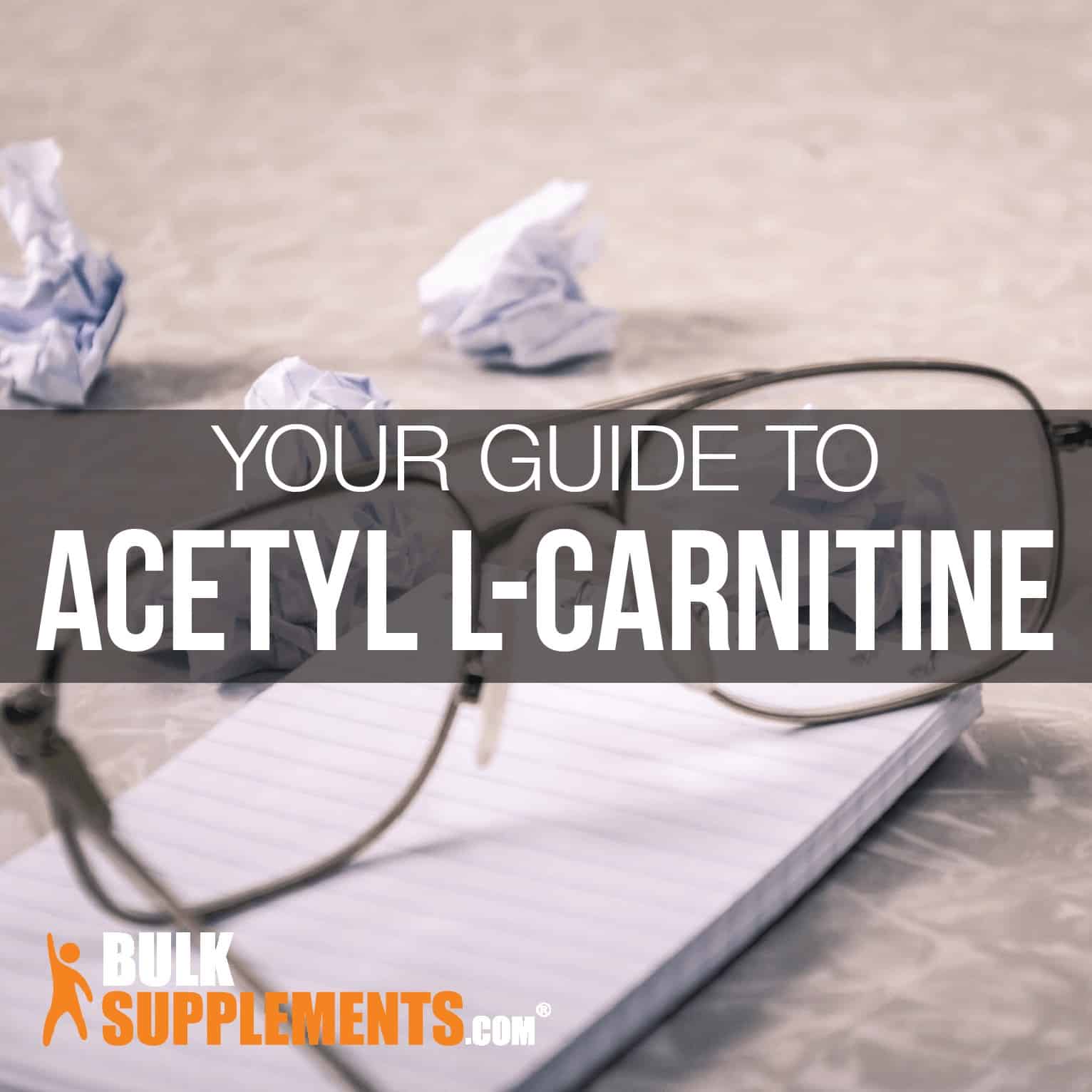 Acetyl L-carnitine, better known as ALCAR, is an amino acid that the body produces naturally. But ALCAR supplements may be able to help consumers with health concerns such as memory loss, mental health, heart conditions, diabetes and aging skin (x). Take note that there is no medical evidence that ALCAR cures, treats or prevents disease. However, studies boast its abilities.

What is Acetyl L-Carnitine?

Acetyl L-carnitine HCL (ALCAR), is a form of the amino acid L-carnitine, which the body uses for energy. Two Russian scientists first isolated and purified L-carnitine around 100 years ago. The amino acid is found in meat extracts, so its name comes from the Latin word “carnis,” meaning meat or flesh (x).

MA Arsenian from the American Journal of Cardiology performed a study on a group of patients with acute myocardial infarction. The subjects took 3 g of carnitine on top of a solution containing glucose, insulin, potassium and magnesium. The researchers noticed a reduced risk for circulatory failure (x).

However, so far there are no studies that compare the two in the same dosage. In one experiment, the researchers gave rat subjects a 0.15% dosage of L-carnitine and acetyl L-carnitine for four weeks. Although they both seemed to increase carnitine levels in the blood and brain, ALCAR seemed to reduce oxidative damage more effectively (x).

What Do ALCAR Supplements Do?

The main benefits of taking ALCAR supplements include supporting cognitive health and function, burning fat and building muscle. However, the supplement itself does not necessarily treat, cure or prevent any condition or illness on its own. Rather, it may help support and increase the body’s natural processes. On that note, how exactly does acetyl L-carnitine work to reap those benefits?

As a natural substance in the body, ALCAR not only works to provide energy, but also to burn fat. Carnitine plays an important role in lipid oxidation (converting or combining lipids with oxygen) and transporting fatty acids into mitochondria membranes to use as energy. It also helps reduce lactic acid from accumulating in the muscles, which causes fatigue (x).

It also helps the mitochondria burn fat, which increases energy and endurance during exercise, as well as faster recovery after. For this reason, carnitine is a popular supplement to potentially support exercise performance and weight loss. Low carnitine levels in the body means it cannot properly transport fatty acids to mitochondria. Then the body can’t use those fats for fuel.

Published in 2009 in the Journal of the International Society of Sports Nutrition, another study examines how L-carnitine affected exercise performance and recovery periods in resistance trained male subjects. The results suggested that short-term L-carnitine oral supplementation enhanced peak power production and significantly reduced lactate accumulation in the blood and potentially the risk for fatigue (x).

ALCAR supplements may also help support mitochondrial function, as well as activity of acetylcholine, which is a neurotransmitter in the central nervous system. Acetyl L-carnitine is able to pass the blood-brain barrier and reach mitochondria in the brain and the nerves, along with those in the rest of the body. Because of this, studies feature ALCAR as a subject to potentially address cognitive function.

A 2016 study published in the Journal of Alzheimer’s Disease analyzed L-carnitine and acetyl L-carnitine in healthy subjects compared to patients with subjective memory complaint and mild cognitive impairment progression to Alzheimer’s disease. According to the results, carnitine levels seemed to decline as the patients progressed on the spectrum from mild cognitive impairment to Alzheimer’s. The study suggests that acetyl L-carnitine levels may be connected to cognitive function, but it does not necessarily suggest that ALCAR supplements can completely prevent age-related cognitive decline (x).

In another study published in 2014, researchers analyzed the progression of Alzheimer’s disease in relation to a number of substances, including L-carnitine. The research notes that it plays an important role in mitochondrial function and metabolism, which relates to Alzheimer’s pathology. It concludes that L-carnitine treatments may be beneficial for some patients with Alzheimer’s (x).

According to research, patients may be able to take alpha lipoic acid (ALA) with acetyl L-carnitine supplements. ALA is a natural compound in the body that acts as an antioxidant and inflammatory agent. Like ALCAR, it is also present in mitochondria and plays a role in energy production and brain function (x).

Together, these two compounds may reduce oxidative stress and improve mitochondrial function. A 2007 study from the Journal of Clinical Hypertension examined whether combined treatment with ALCAR and ALA had an effect on patients with hypertension (high blood pressure). The researchers noted a reduction in systolic blood pressure as a result of the treatment (x).

However, it’s important to note that these studies require further study to make a definite conclusion about whether the supplements are effective. Always speak to a doctor before taking these supplements or any others.

How to Take ALCAR Supplements

Like any supplement, it’s important to pay attention to the dosage information for ALCAR supplements to ensure safety. Knowing how much acetyl L-carnitine to take and when to take it may help reduce the risk for side effects. Always consult a doctor before you take it.

As a dietary supplement, take 500 mg of ALCAR HCl (Acetyl L-Carnitine HCl) powder one to three times daily, or following a physician’s instructions.

However, if you choose to take ALCAR and ALA supplements together, you may have to adjust the amount of either supplement, so speak to a doctor to confirm the dosage.

Possible Side Effects of ALCAR Supplements

Currently, there is limited information about taking ALCAR supplements during pregnancy or  breastfeeding, so it’s best to avoid the supplement altogether to be safe (x).

The supplement may worsen pre-existing nerve pain from chemotherapy drugs or interfere with the thyroid hormone, so it may not be safe for patients with an underactive thyroid.

The following medications may interact with ALCAR supplements:

Where to Buy ALCAR Supplements

Are you interested in trying acetyl l-carnitine as a dietary supplement for its potential to support brain and nerve function, provide the body with energy and burn fat? Contact BulkSupplements.com to place an order today.

Acetyl l-carnitine is related to the amino acid L-carnitine. The body produces both of these substances naturally for energy production and cognitive function. According to research, acetyl L-carnitine supplements may be able to support fat burning and endurance for exercise, as well as protect the brain from cognitive damage. Although it shows potential, there is no medical evidence that it can treat, cure or prevent any disease or illness on its own. Instead, it may help support the body’s natural processes.